Social effect of recreational spaces in the cities

Social effect of recreational spaces in the cities

Since immemorial times, people established their social activities and exchanges in the streets and squares of their community.

However, over time the social use of urban space has undergone a degenerative process.

Cities are comprised of more than just buildings and people; the open spaces in urban environments provide many advantages such as the preservation of natural surroundings, the promotion of sport and recreation, the provision of green space and even provide the possibility of storm water management.

“The street, subdued by the polluting traffic of vehicles has been reduced to sidewalks, narrow strips of refuge where pedestrians, transformed into flows, move to the beat of traffic lights. In the same way, squares, born as a stage of collective life, have been redefined and their convener condition has been stripped away.”  (Julio Ladizesky) 1 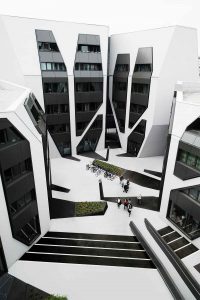 Recently, a new and broader vision of recreational sites in cities has arisen, it focuses on the premise that legislators, urban design professionals, and citizens begin to think of them as assets for meeting more ambitious goals in urban policies, such as employment opportunities, youth development, public health, and community building. 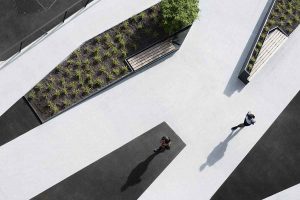 It is critical to understand these spaces as necessary breaks in the diary life of those who inhabit the cities; to value them as oases that provide health and beauty to urban landscapes, without which, life becomes hard, dry and sometimes even violent and hopeless.

As the world’s cities continue to grow, it is vital to value the recreational urban spaces, but it is also a challenge, particularly in developing nations where there is a lot of pressure to transform these places and use its resources to fulfill the demands of progress. 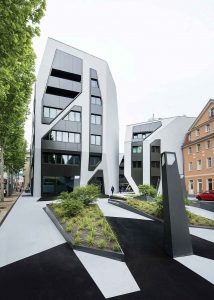 Urban planning is a relatively new profession that has emerged from the concern for the health and welfare of the inhabitants of the cities, which seeks the prevention and eradication of illness and diseases associated with overcrowding conditions, lack of sanitation, and exposure to environmental pollution in them.

A network of parks and open spaces (which may include Protected Natural Areas and other green areas) is essential to provide healthy habitats for humans, wildlife and flora in these densely populated places.

Natural landscapes are vital to the preservation of regional ecosystems, especially in growing cities. 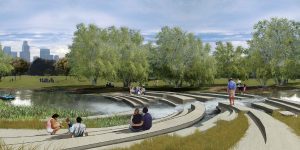 In the same way that was described before, growing communities need to upgrade and expand their built infraestructure of roads, sewers, and utilities; but they also must upgrade and expand their green infrastructure (understood as the interconnected system of recreational spaces and parks that conserves natural ecosystem values and functions, sustains clear air and water, and provides a wide array of benefits to people in the cities in all fields.)

Green infrastructure is a community’s natural life support system, and is also the ecological framework needed for environmental and economic sustainability of the cities.

“Accustomed to the modern life of cities, we have reached a point where one might imagine a modern Robinson Crusoe, a man raised in a natural place who is left by accident in a metropolis of millions of inhabitants. That he would not know the hardness of the asphalt, the brightness of the windows of skyscrapers, the speed of transport. Only then we could assume his despair, his loneliness and his fear….” (Ivonne Walls) 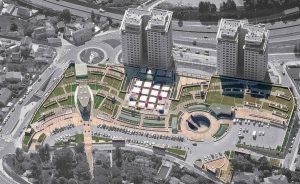 Recreational park in the Gran Via Mall in Vigo, Pontevedra, Spain. The authors of the project are the Architects Horacio Domínguez y José A. Comesaña.
Photography: https://ecoopcion.wordpress.com

In their role as green infrastructure, parks and open spaces are a community necessity. By planning and managing urban parks as parts of an interconnected space system, cities can increase flood control and reduce storm water management costs.

Parks can also protect biological diversity and preserve essential ecological functions while serving as a place for recreation and civic engagement. They can even help shape urban morphology and reduce opposition to development, especially when it is planned in conjunction with other open spaces.

Given their importance, the challenge is to adapt and enable these places so they do not become empty, indifferent and aimless public spaces, designed only as circulatory pathways or areas of temporary stay or transit.

There will be no social integration without public space. Structuring the community and the production and improvement of recreational physical space are two inseparable aspects of the same subject. 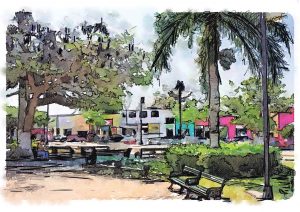 These areas must be appreciated so they can become a green infrastructure network integrated by places designed, furnished and climatically protected with the same values used in architecture for the design of living spaces.

Is about having more recreational areas within cities to be lived and inhabited, which serve as meeting promoters, strengthening social interaction and function as an engine of collective activities.

Spaces capable of generating satisfaction, life, health, safety and employment; suitable for community life and open so the population can use them in multiple ways. Places with a vocation for creating proximity and coincidence, communication and convergence where social relations can be properly weaved among the inhabitants.