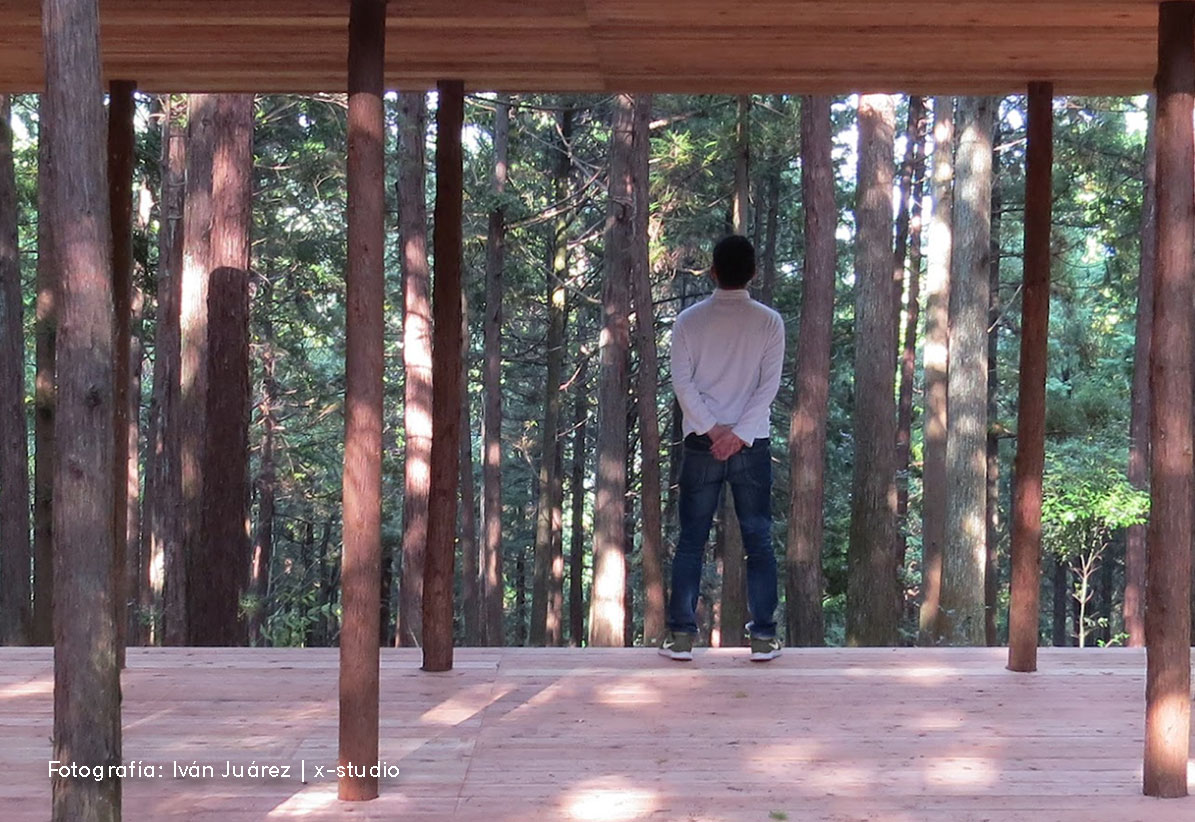 In-Between, Hinoki + Sugi Pavilion, an intervention that proposes a new approach to the natural and cultural landscape of Oawa Mountain, by Iván Juárez.

The intervention proposes a new approach to the natural and cultural landscape of the Oawa Mountain, a protected and sacred forest located in the town of Kamiyama on the island of Shikoku, Japan. From a cultural point of view, the mountain is part of the pilgrimage route that runs through a series of temples along the island through a landscape characterized by evergreen forests where the predominant vegetation is made up of hinoki trees (Japanese cypress) and sugi (Japanese cedar). The pavilion offers recognition to this territory through a space that provides a new place of contemplation and reference. 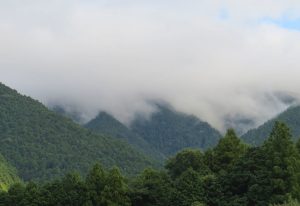 The space dilutes the visual limits from two elevated planes of sugi wood, supported by a series of vertical elements -hinoki and sugi trunks-, which, arranged as a whole, merge with the natural environment itself. A large horizontal frame suggests a fragment of the forest. In this way, the pavilion pays homage to the shakkei landscape concept, as well as traditional Japanese paintings made in ink on landscape formats. The project is drawn up as a space that does not end in specific margins, but merges with the landscape itself, expanding the visual limits, transforming into a large three-dimensional canvas. 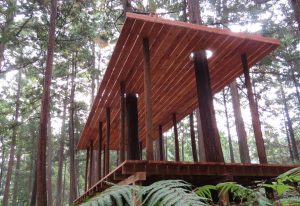 “The pavilion pays homage to the shakkei landscape concept, as well as traditional Japanese paintings.” 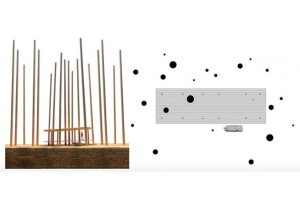 The visitor enters through a blue-green stone (awa aoishi ), and from this point, the aroma of wood, the sound of
the stave running through it, the sound of the leaves in the wind, together with the texture of the bark of the trees and pillars dialogue with the senses, generating olfactory, tactile and visual experiences. The pavilion was built using traditional Japanese techniques with the knowledge and participation of the local community. Its construction was part of the Kamiyama Forest Management Program and is part of the Oawa Mountain Art-Landscape Route. 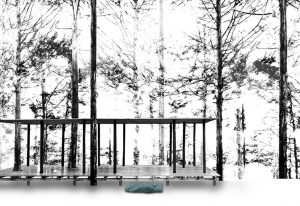 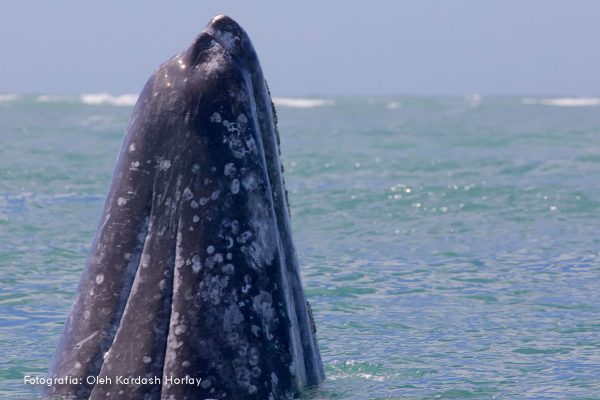 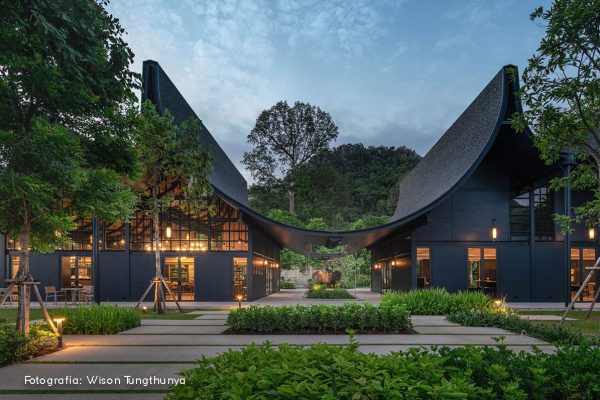 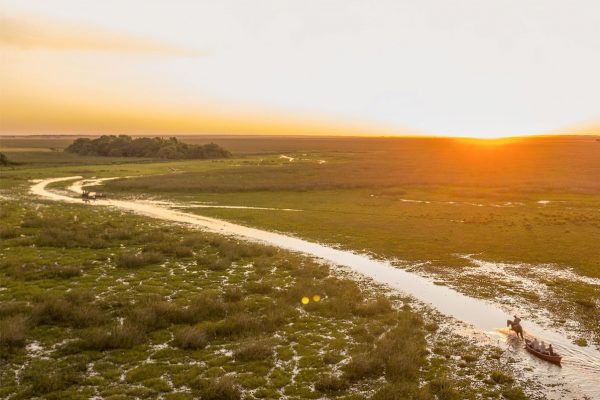 Don’t miss the interview with Marisi López, in which she told us about her experience in saving and caring for
Read More