Nowadays we cannot overlook all the web images about urban gardens, productive gardens, green roofs, etc. Similarly, there is a huge amount of restaurants, shops and supermarkets that are introducing concepts like “home grown”, “organic” and “fresh”.

Therefore the notion of the urban gardens has arisen as a recent trend particularly followed by hipsters 1 or high-income people. Nevertheless, it is important to remember that beyond this recent trend, the small scale productive gardens have been a resilience 2 estrategy for mankind.

Almost every agricultural society of the past, such as the Egyptians, the Mesopotamians, the Mesoamerican civilizations, among many others, used small domestic-scale cultivation methods that supplied enough food for most of the families. 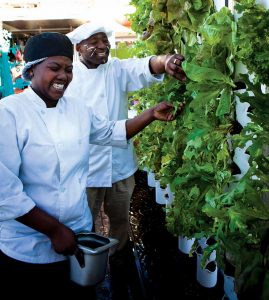 The aquaponic cultivation system integrates processes of hydroponic cultivation and aquaculture (fish farming). This process does not require a substrate as it reuses pond water as a nutrient solution for the plants.
Photography: Jan Ras
https://www.visi.co.za/farming-the-va/ 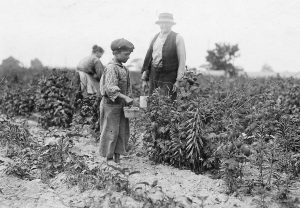 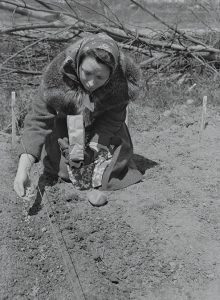 Despite the accelerated growth of cities, urban gardens have not disappeared but continue to exist in specific contexts.

One of the most emblematic examples of the twentieth century in the West is the “Victory Gardens” in the United Kingdom and United States during the First and Second World War. These urban gardens where developed in conventional gardens to produce food, because the conventional methods were diminished at the time. 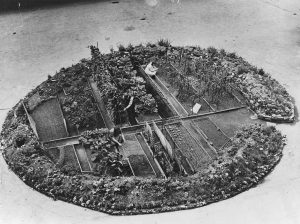 In the United States this campaign was promoted by the National War Garden Commission in 1917 4 especially for the women, who were an extremely important force of labor during these periods.

The name “Victory Gardens” derives from the publicity campaign phrases such as “Sow the Seeds of Victory”, “Dig for Victory, Grow your own Vegetables”, “Plant a Garden for Victory”, “A garden will make your rations go further”, “Our Food is Fighting”.

Also in France many women started replacing men in the agricultural work, in the same way soldiers, prisoners and students begun to occupy areas in the outskirts of Paris to grow food 4. 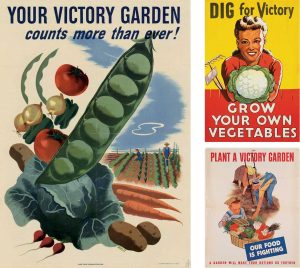 These First World War efforts were especially important because they served to educate a large quantity of people about horticulture and agriculture, also teaching them the most important food production techniques.

Later on, during the Second World War these resistance strategies where put into practice and agriculture emerged once more in every city corner: drawers, roofs, sidewalks, buckets, etc.

Nowadays we regard these Victory Gardens as a paradigmatic example of social organization, education, generation of new alimentation strategies, and resilience during and after war. Many people today are supporting the cause of Food Sovereignty 5, whether the live in megalopolis or small towns, and they are proposing new strategies of urban agriculture. 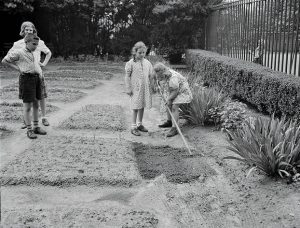 Children working at their school in a Victory Garden on First Avenue between 35th and 36th Streets, New York, 1944. Photography: Library of Congress. http://modernfarmer.com/2014/01/15-victory-garden-pics/ 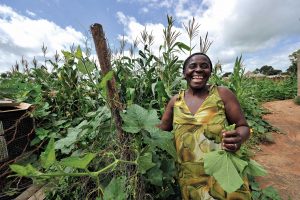 Fortunately in Mexico the agriculture is practiced on many areas that are close to the cities. Plus, initiatives such as Huerto Romita 8 or Colectivo Milpa 9, among others, are generating important spaces for knowledge, reflection and urban agriculture development.

Despite many companies and business seek to take advantage of this movement for selling fashionable products, many experts 10 consider that the gardens, particularly in cities are a solution to food crisis, climate change and poverty, all of them big challenges of the twenty-first century. 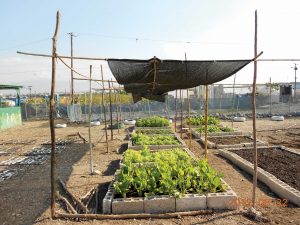 1    According with the Oxford Dictionary, a person who follows the latest trends and fashions, especially those regarded as being outside the cultural mainstream.

2    According to the  Royal Academy of Spanish Language, a living being’s adaptative ability to face a disturbing agent or an adverse state or situation.

5   Food Sovereignty is the right of peoples, communities, and countries to define their own agricultural, labor, fishing, food and land policies which are ecologically, socially, economically and culturally appropriate to their unique circumstances. Political Declaration of the NGO / CSO Forum for Food Sovereignty. Rome, June 2002.