The multiple memories of the train in Yucatan 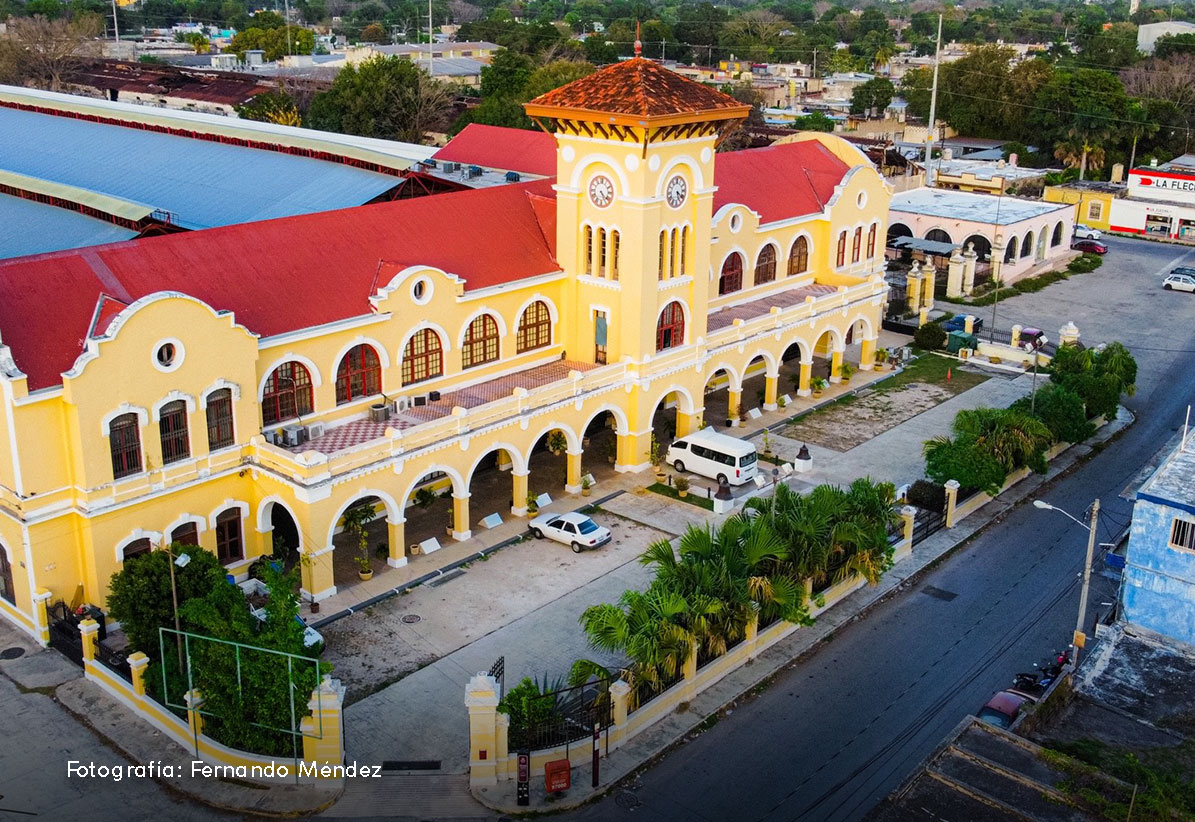 The multiple memories of the train in Yucatan

Read about “The multiple memories of the train in Yucatán” through the words of Valentina Lara and Marianela Porraz.

“Living in my childhood in the García Ginerés neighborhood, I have a vivid memory of the sound of the train in the middle of the afternoon among the chirping of birds. It was the freight train, whose passage was a slow, almost infinite rumble.”

In the memories of the inhabitants of many towns and cities of the Yucatecan entity, in particular of the oldest inhabitants, there are a large number of images of this type. But the multiple stories of the train in Yucatan have their origin in the industrial development of the region, between the end of the 19th century and the beginning of the 20th, and very particularly in the production of Henequen. The first railway in Yucatan was inaugurated in 1875 between the Mérida-Progreso section. This route served to increase the transfer of henequen bales to the port, for shipment to different commercial destinations.

Between 1883 and 1913, multiple new roads were opened, connecting the territory and making it possible to increase trade. In 1902, the various concessions and companies that developed the railways in Yucatán were grouped into a single entity: “Los Ferrocarriles Unidos de Yucatán”, which managed the network for 80 years. From the henequen crisis, which happened gradually from the 1980s, a progressive abandonment of the railway infrastructures was generated. Given this phenomenon, various urban voids were generated in the city of Mérida and in different parts of the state. 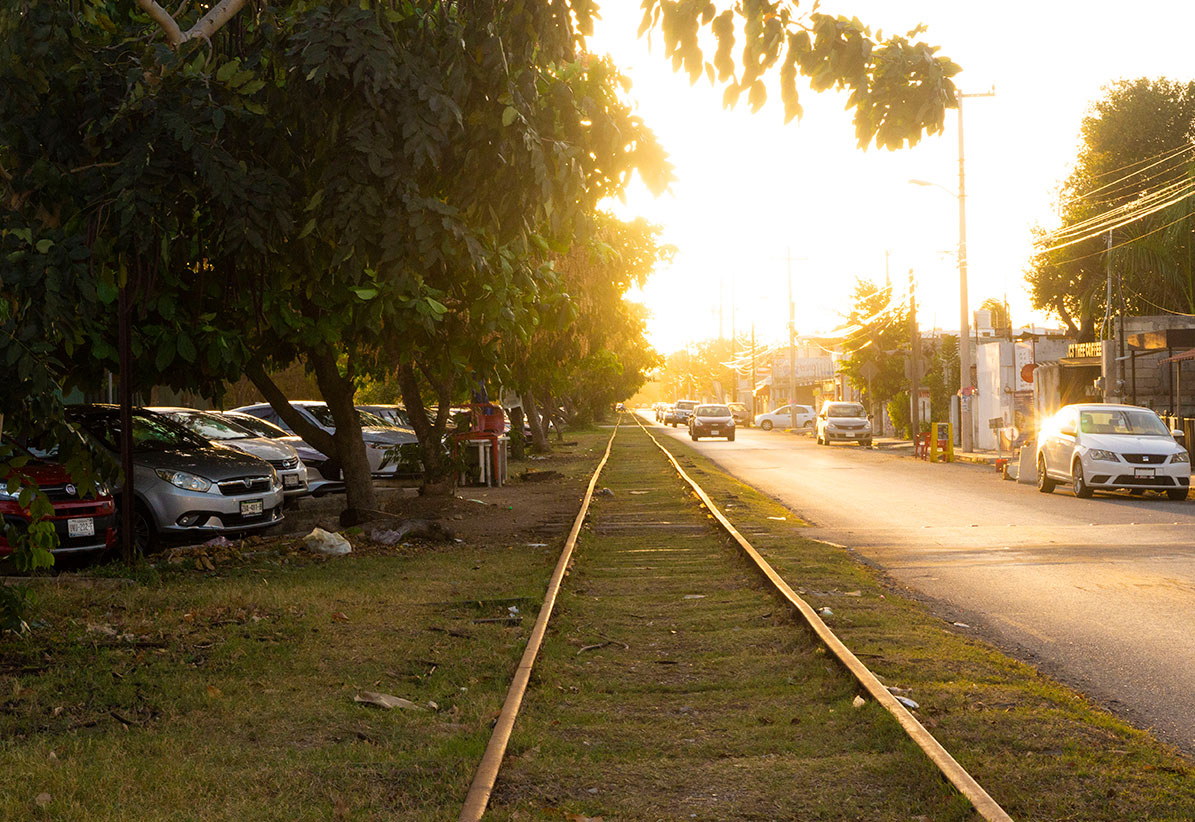 These “voids” or abandoned land constitute, in terms of urban and regional planning, two sides of the same coin. On the one hand, they are an opportunity to carry out a reconversion, that is, when a change of use is proposed to take advantage of the location and the site’s resources. On the other hand, one of the risks that this entails is the possible “gentrification” of the area, that is, the reoccupation of the space itself or of adjoining spaces by another socioeconomic or foreign class (Checa Artasu 2010).

An example of this is the old Mérida railway station. This building was designed by the English architect Charles James Sculthorpe Hall (1865-1933), inaugurated in 1920. Along with this building, the train tracks and the various freight hangars formed a vast area in the east of the city, which its inhabitants colloquially called “La Plancha”. As of 2004, the station is proposed as the headquarters of the Superior School of Arts of Yucatan, followed by a rehabilitation project. However, the rest of the hangars and tracks have remained unoccupied¹. 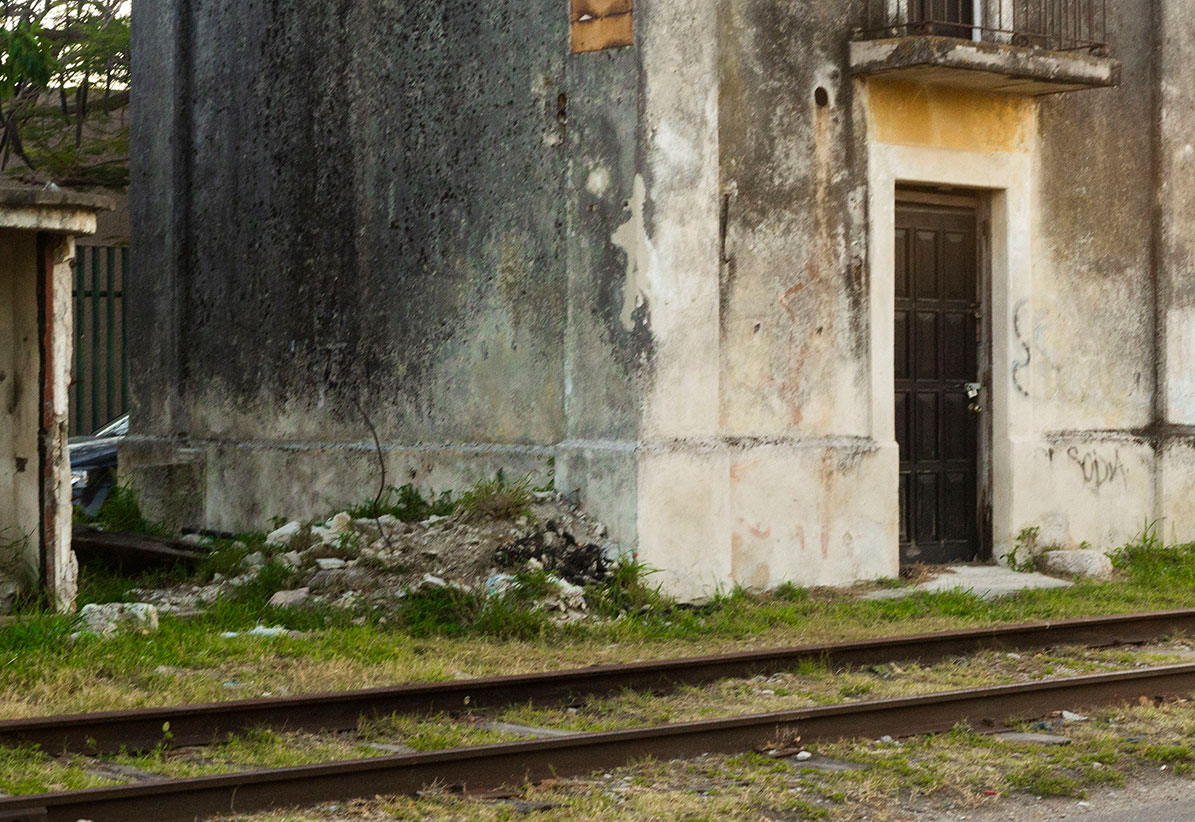 Another interesting example is the community tourism work that has been implemented in the town of Cuzamá and its surroundings for more than two decades. There being a large number of “Cenotes” or sinkholes on the site, as well as railway tracks, they decided to install a series of “trucks” or carts pulled by mules to carry out a low environmental impact project self-managed by them.

Today, the rumblings of the “Mayan Train”2 project reveal new problems in terms of mobility and responsible management of the territory. However, the remains of the train continue their passive existence throughout the peninsula. For land managers, urban planners, architects and landscapers, reconverting these infrastructures into spaces of memory, culture and biodiversity represents one of the great challenges of our century. 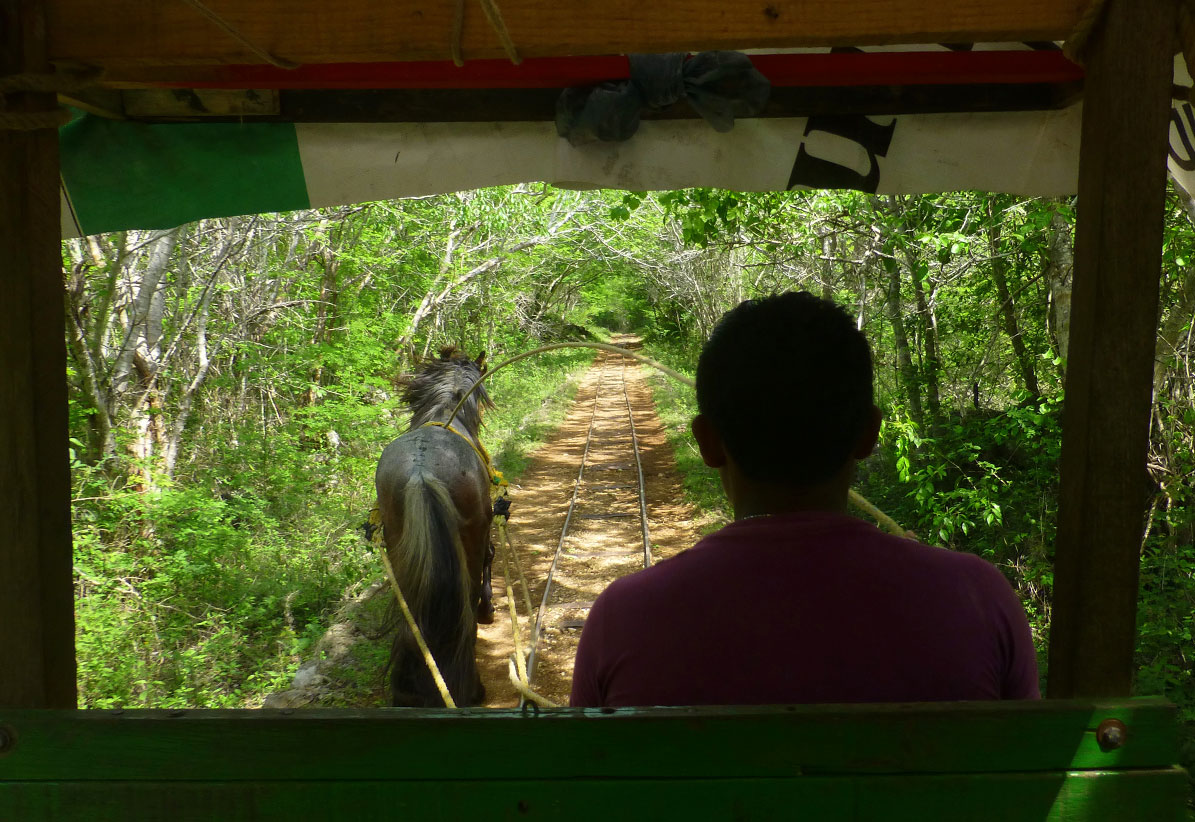 ¹The residents of the area got together in 2014 to demand a park and urban equipment project, which would finally give a better quality of life to the area.
So far, and despite the existence of several proposals, no project has yet been finalized on the site.

²We refer to the project promoted in the government of President Andrés Manuel López Obrador. 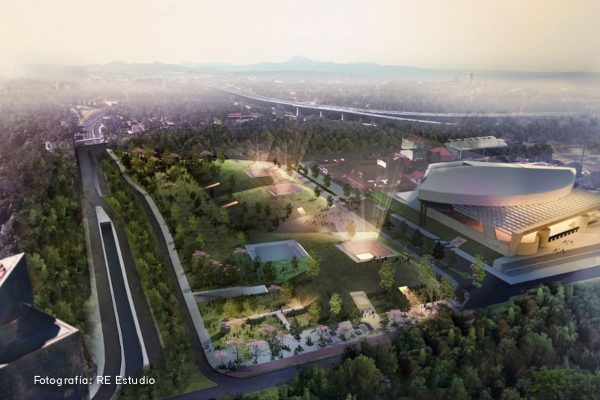 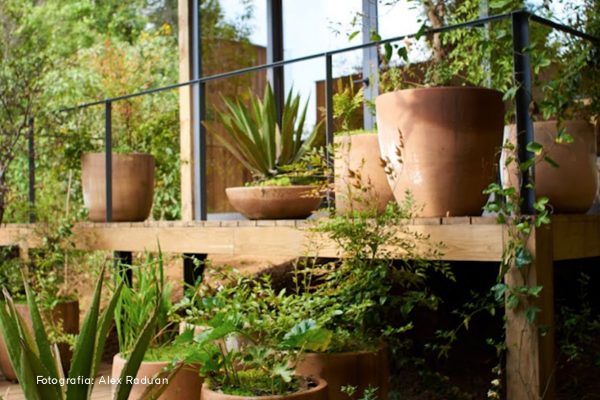 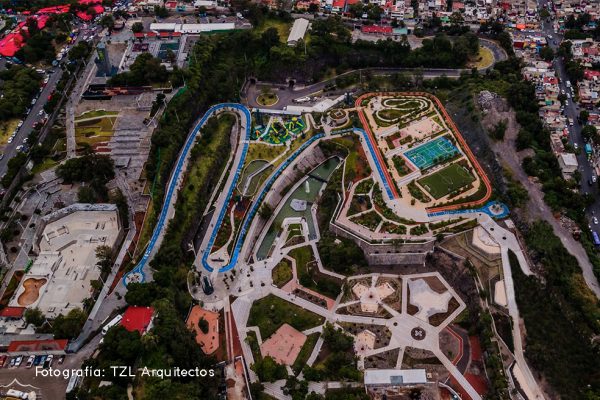