The Courtyard: An opening to heaven

The Courtyard: An opening to heaven

The courtyard is a primary space and structuring center of buildings, both public and private, which, since time immemorial and in virtually all cultures, has been used for various purposes, either as a meeting center, as a place of transition or as space to generate favorable weather conditions inside a building.

It has been an essential compositional element of all types of edifications throughout the history of civilization. In the private sphere (houses), its most frequent use has been given in extremely warm places, in order to create a fresh environment that also provides light and ventilation to the adjacent buildings that make it up. 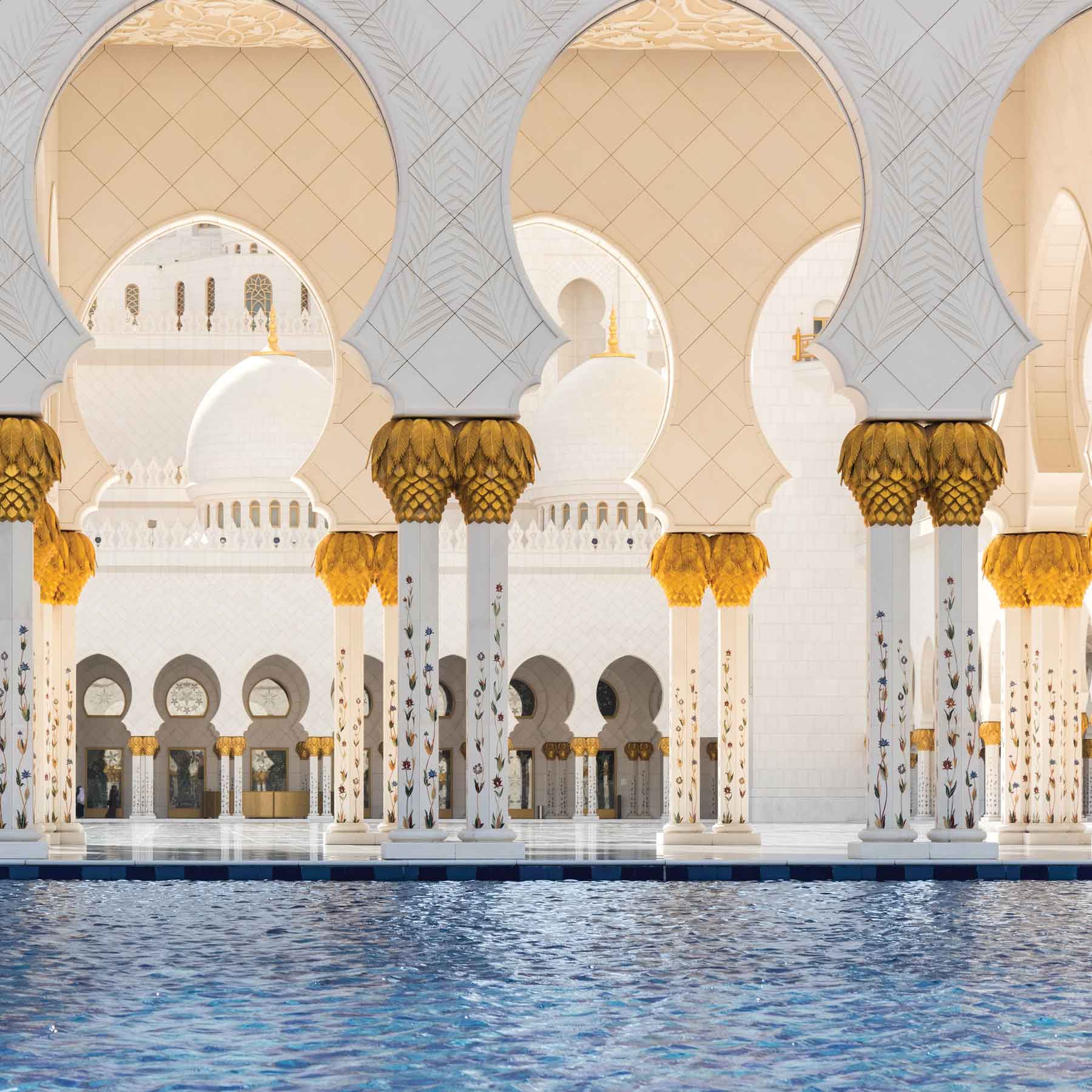 The courtyard also plays a role in the architectural configuration of the building, where in most cases it functions as a central space from which the constructed volumes are organized, giving it a character of articulating element that serves as a distribution center to other spaces. It is a completely own, private, indoor outdoor place, and this is its principal essence.

It is usually surrounded by a porch or perimeter aisle supported by columns, which allows access to the different rooms.
The patio represents the possibility of having an intimate and internal place, not only in the functional sense but also in the possessive and representative: it is a private paradise that allows you to enjoy the outside from the inside creating a unique, own and particular world.

The patio is the heart of the house and there is no expression more poetic than Chinese in any other language to define it: its name means “gift from heaven”, since it is the space that provides light, air and rainwater to the home. 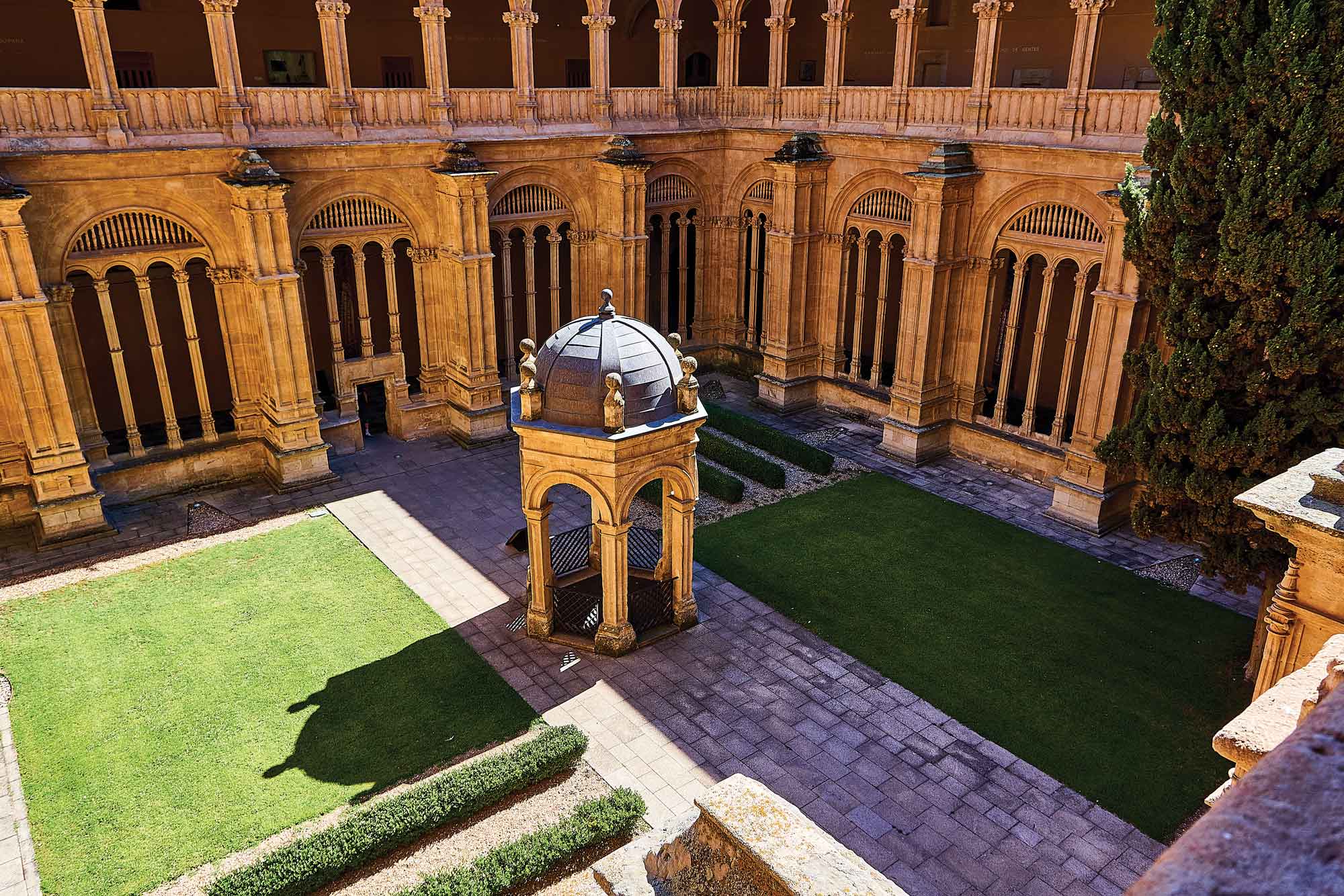 The courtyards in the houses have their origin in the East, where they can follow their steps from the remote Neolithic villages such as Ur and the cities of Egypt and Mesopotamia, to the Greek and Roman houses from Miletus or Pompeii.
The use of the courtyard was the starting point for the organization of urban housing as the base element around which to place the habitable constructions, making it the center of the architectural project.

With the expansion of the Roman Empire (which adopts this model in the design of their homes), the scheme of the house with an interior patio arrives and settles in Spain, subsequently merging with the related features of the Muslim house. Thus, its oriental origins enriched by other cultures are merged by adding to this space a sense of introversion and privated. 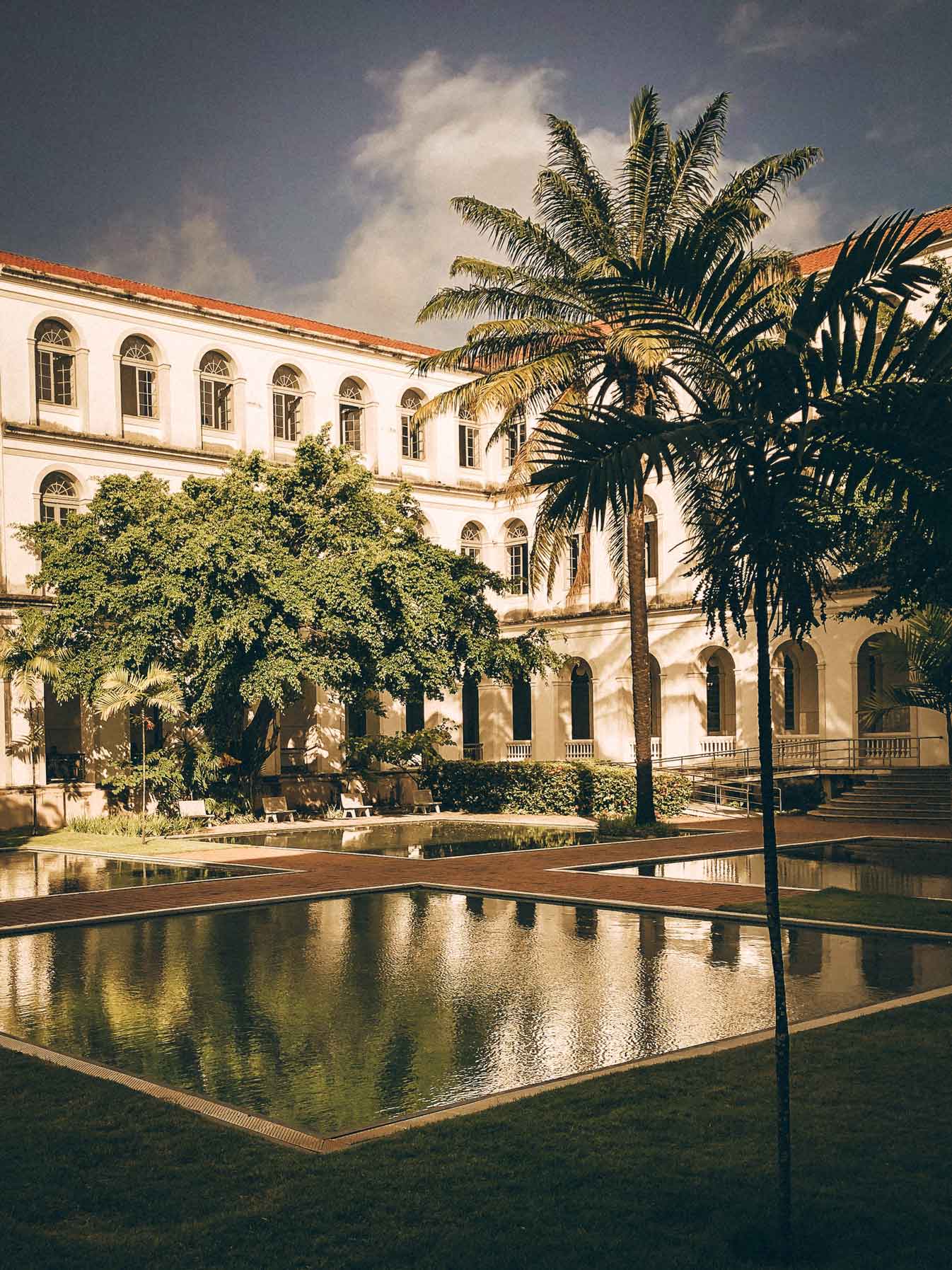 When Spain extends to America, this type of housing is exported from Castile and Andalusia to be installed as a role model within the layout of the homes of the new cities.

In this way, the colonizers of America, sought to imitate their homes of origin as much as possible and, since most of them were Andalusian and the climate of Andalusia was the most similar to that of most of the American regions, the first homes they built, were reproductions of the Andalusian house, and especially of the Sevillian house.

Its access from a hallway (or small patio of entry and reception), allowed the access of supplies in horses and carriages, and serving also as a checkpoint. This generally communicates indirectly and through a tour with the main courtyard, already private. 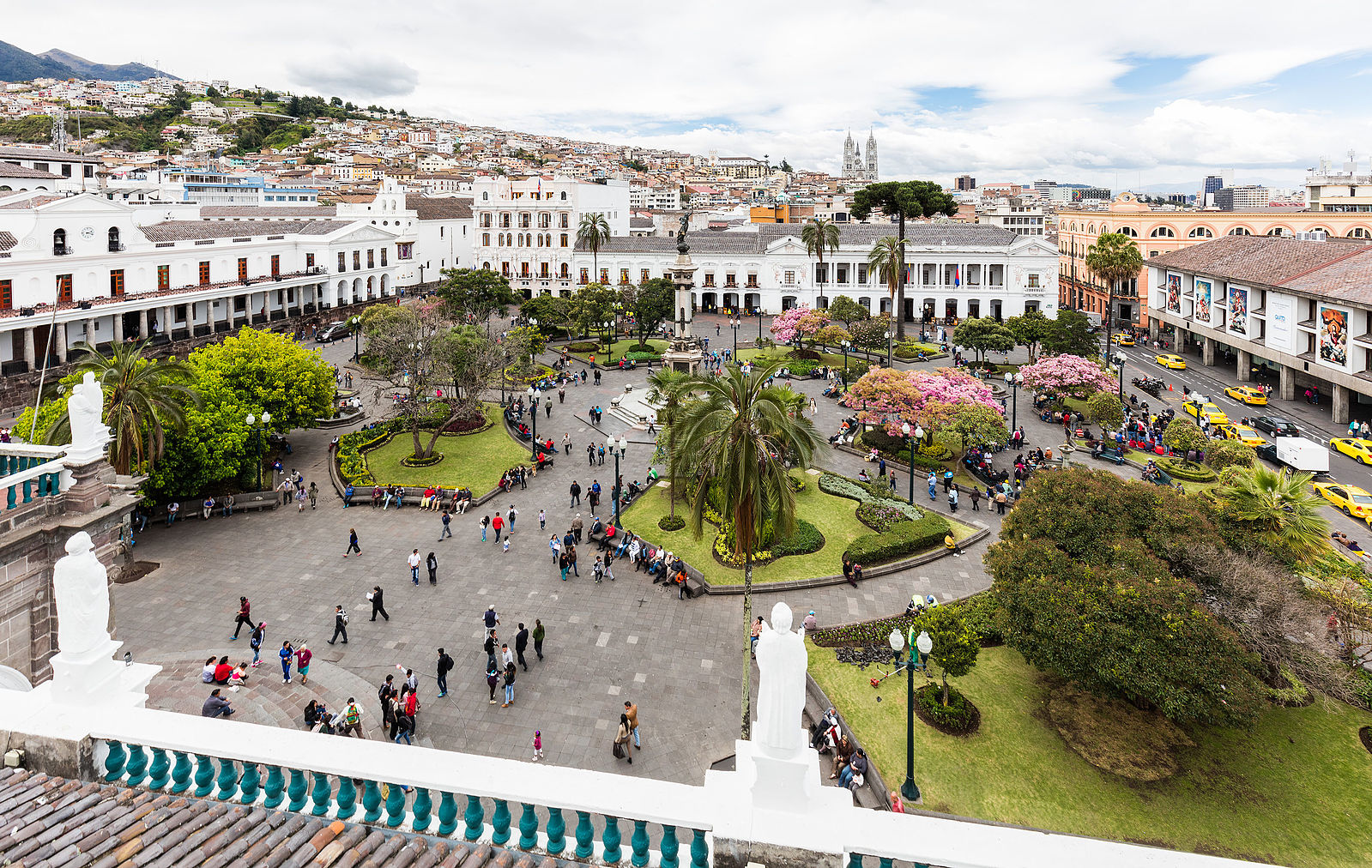 As for the outer courtyards or squares, the first cities were drawn up by simplifying the prescriptions to a grid with the square simply as one or several unbuilt blocks whose purpose was to allow the influx of many people generally to the center of public buildings. Over time, they were also used as recreation spaces, or as a distribution point to other places.

Monumental buildings (such as churches, palaces, monasteries, military constructions, etc.) as well as public buildings (markets, administrative and justice buildings) have also used this resource over the centuries as a functional solution to their needs of various types Many of these constructions, due to their size and magnitude, have not one, but several interconnected courtyards in a succession of spaces that allow an adequate distribution of the buildings that make up the complex.

Houses, haciendas, monasteries, palaces, squares, buildings and cities have in common the undisturbed presence of these spaces open to infinity that allow intimacy, reunion, transit, recreation and pause. 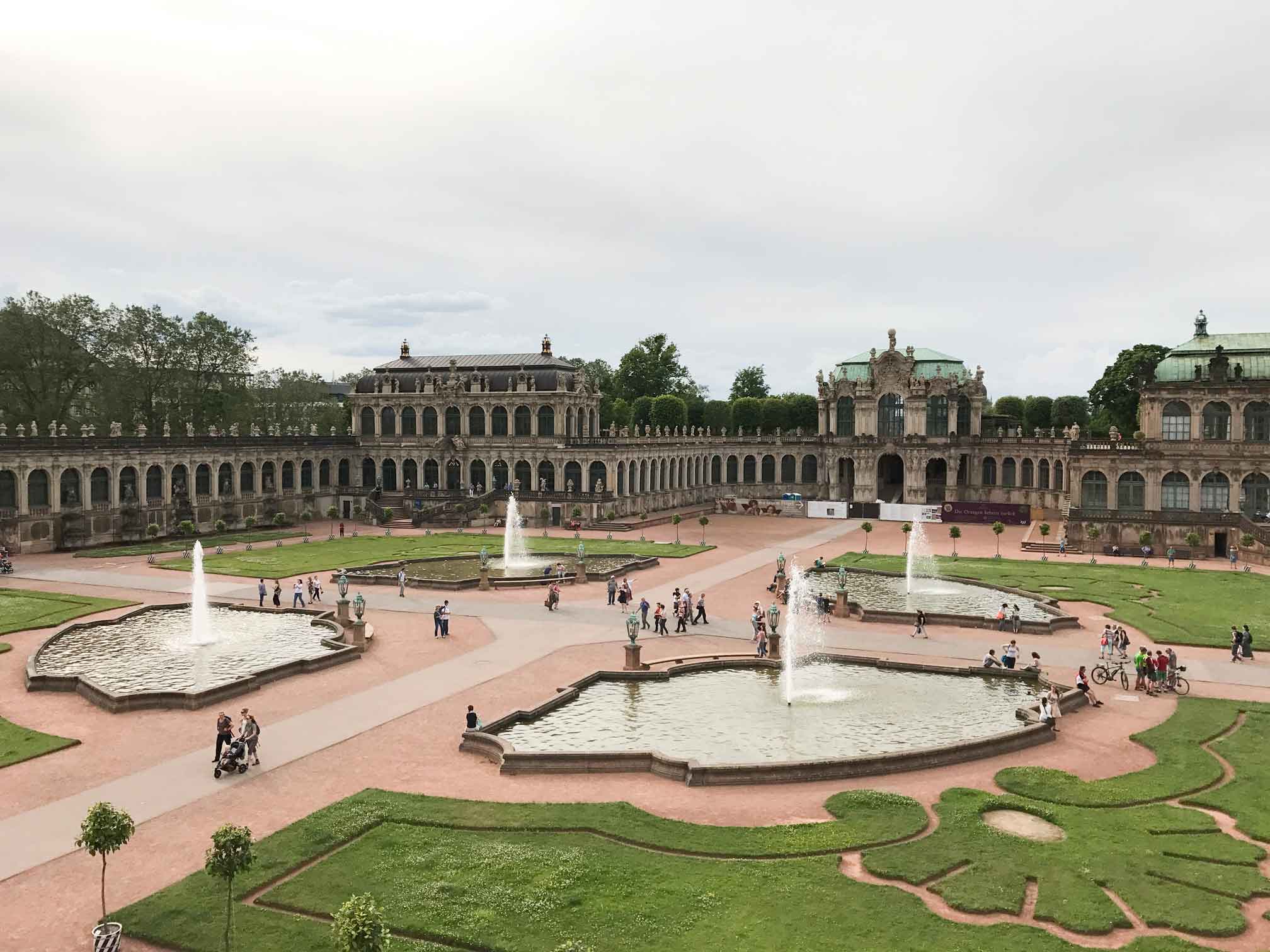 Thus, we can appreciate that the patio is and has always been a vital space, a meeting point that is reached and from where it starts. It is that “empty construction” that, limited physically or virtually on each side, always communicates with its only traditional opening: the sky. It is precisely the possibility of owning this “piece of heaven”, which gives this open space a unique character, thanks to which its use has been maintained until today.

“The patio has been and will always be a reference to generate a relationship with the places, to make them habitable and recognizable.” 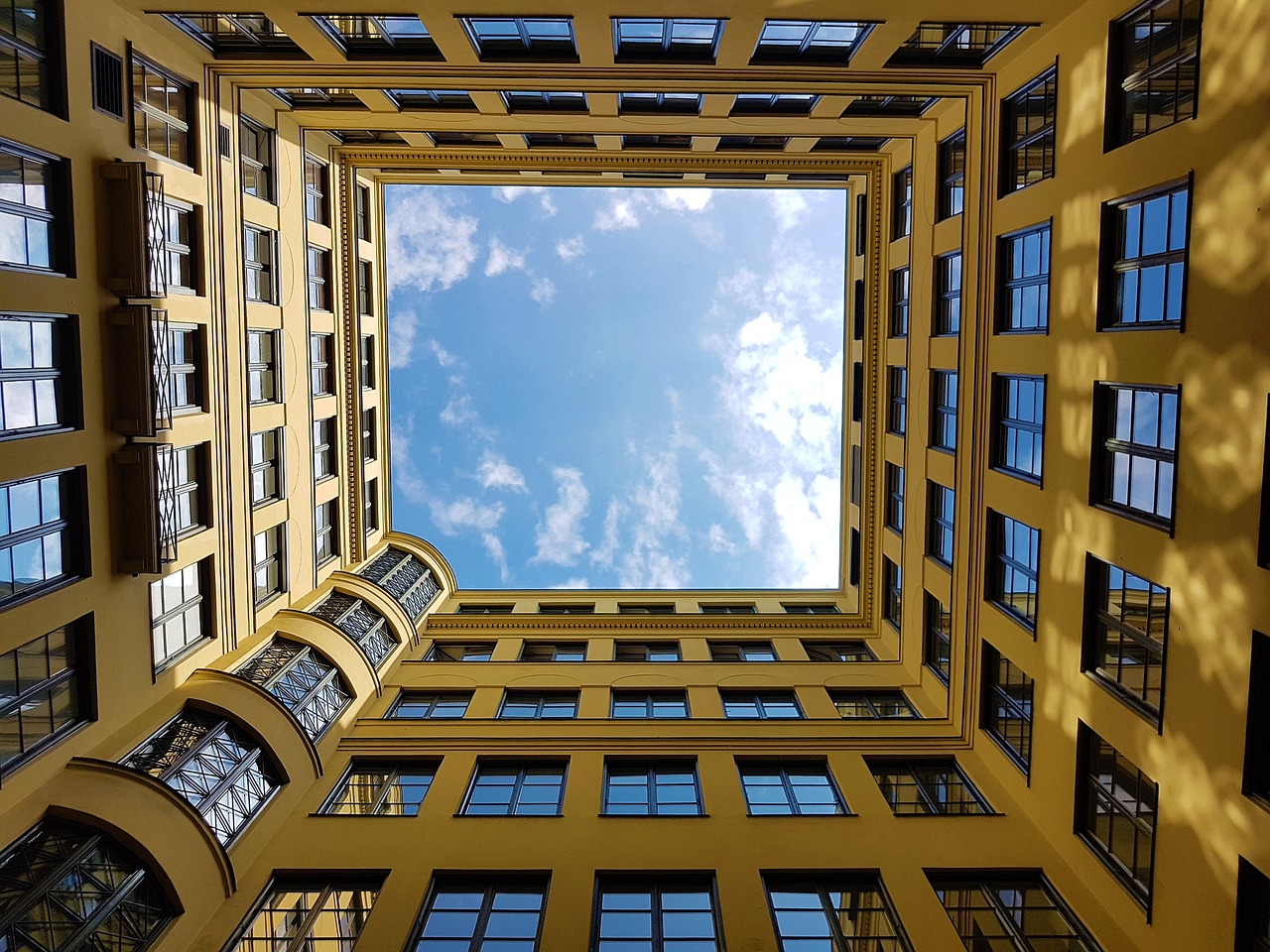