Culture, reflection of the landscape

Culture, reflection of the landscape

When we hear the term cultural landscape we may feel somewhat confused. On the one hand, many people associate the landscape with territory or with nature.

Although something is right in that assertion, as we have discussed in previous editions, the landscape could rather be defined as the territory perceived by the human being.

Moreover, according to UNESCO 1, culture can be considered as the set of distinctive, spiritual, material, intellectual and emotional features that characterize a society or social group 2.

Culture then can be defined as a kind of “DNA” of our societies.

Its importance lies in that there we can find important clues to how we’ve changed to the environment, how we’ve mixed with other social groups, and even to why we currently behave in a certain way.

Parc de la Villette, one of the largest in Paris,
was designed by Bernard Tschumi in 1982.
Photography: ©William Beaucardet

From the foregoing, it would be pertinent to ask: What is really a cultural landscape? And if they exist, what are its main features and types?

The concept of cultural landscape had a boom in the field of heritage conservation in the last decades of the twentieth century.

At this time the specialists of heritage, as well as the various national and international organizations, begin to realize the importance of preserving not only the architectural monuments, but the historic areas, gardens, pilgrimage routes and even natural landscapes that have played an important role in the identity of a culture.

Parc de la Villette in Paris. Part of a rehabilitation of an industrial area in the east of the city. Photography: By Jean-Marie Hullot from France – Parc de la VilletteUploaded by paris 17, CC BY-SA 2.0, https://commons.wikimedia.org/w/index.php?curid=27261465

Within this perspective, cultural landscapes according to UNESCO, are the representation of the combined work of mankind and the forces of nature. They also illustrate the evolution of human societies and their settlements over time, under the influence of conditions and opportunities of the physical environment 3.

The first category is the simplest to understand and refers to landscapes that have been intentionally created by humans, such as parks, playgrounds, gardens and squares.

In them we could classify for example Central Park, the gardens of the Alhambra and the park of the Villette (Parc de la Villette) in Paris. 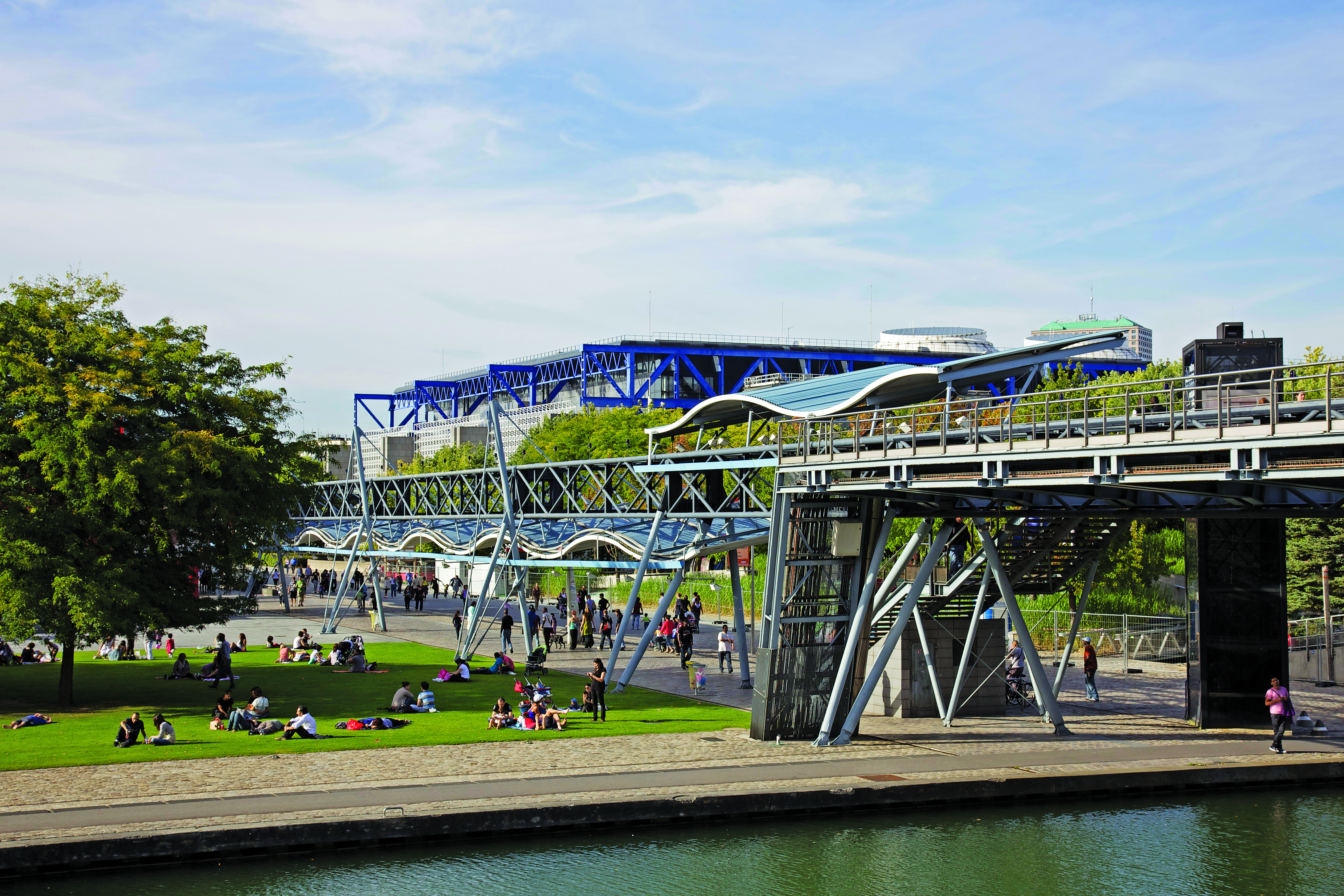 Parc de la Villette in Paris. Part of a rehabilitation of an industrial area in the east of the city. Photography: By Jean-Marie Hullot from France – Parc de la VilletteUploaded by paris 17, CC BY-SA 2.0, https://commons.wikimedia.org/w/index.php?curid=27261465

The second category consists of all the landscapes that have been created indirectly as a consequence of the human activities.

It is important to notice that UNESCO establishes a subdivision in this category: relict landscapes and continuous landscapes.

The first subdivision refers to landscapes that are evidence of ancient civilizations, but are no longer being used, therefore they have stopped evolving; some examples of such landscapes are archaeological sites, ancient salt mines,colonial aqueducts and the ancient Roman roads.

The second subcategory refers to human landscapes that are in continuous activity and transformation, such as  the contemporary cities and metrópolis, the industrial zones, the high roads, the crop fields, etc. 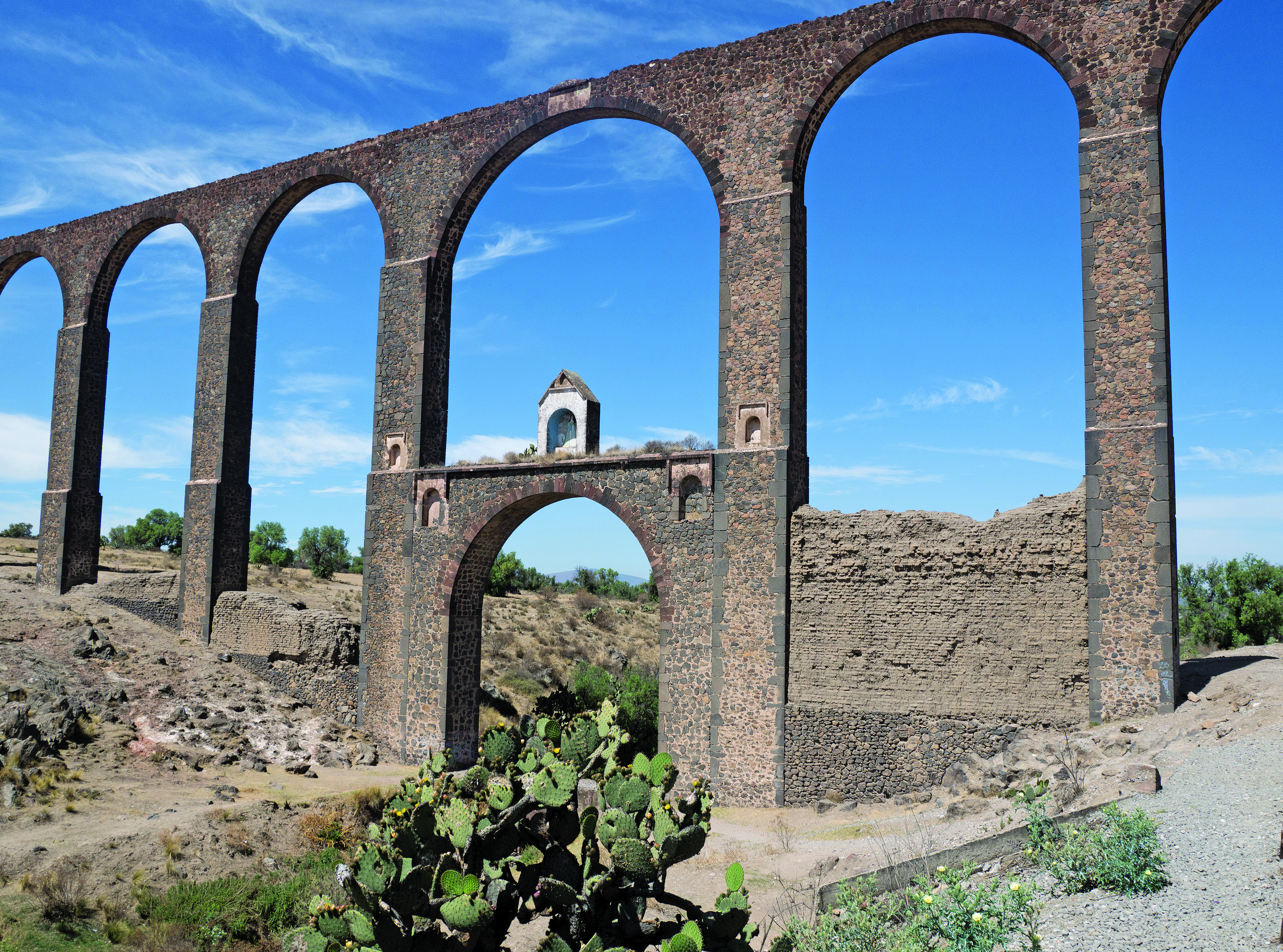 The final category is the associative landscape. This category refers to a territory that has a strong meaning for a specific culture.

Examples include canyons, mountains, rivers, caves, ancient trees and any predominant element that is a source of admiration and worship.

This type of landscape can be the most difficult to understand as “cultural” since it doesn’t present substantial changes to its natural structure, yet it plays an important role in the cultural identity of a society. 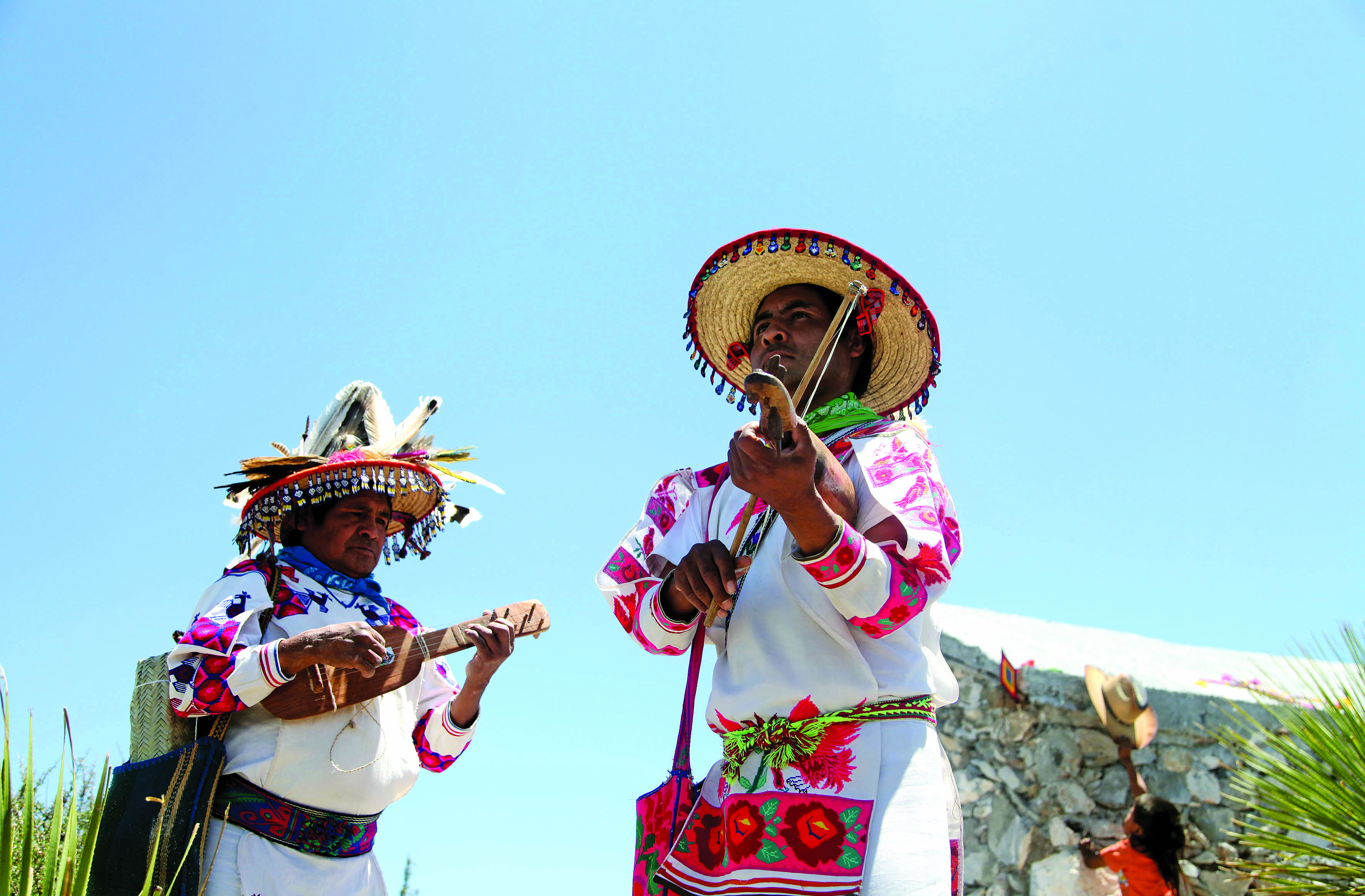 Some interesting examples of associative landscapes are pilgrimage routes, such as the route of Santiago de Compostela in Spain or Wirikuta, route that Huichol indigenous people perform from the center to the northwest coast of Mexico. Both routes are religious in nature and in them nature elements are linked to their particular worldview.

In general we could say that the pristine natural landscapes are currently very scarce, mainly due to the strong impact of man on earth.

Therefore, cultural landscapes are the most abundant in the world, but not all territorial changes made by human beings have been beneficial, On the contrary, in many cases these changes have had disastrous consequences for the ecology and for the human health. 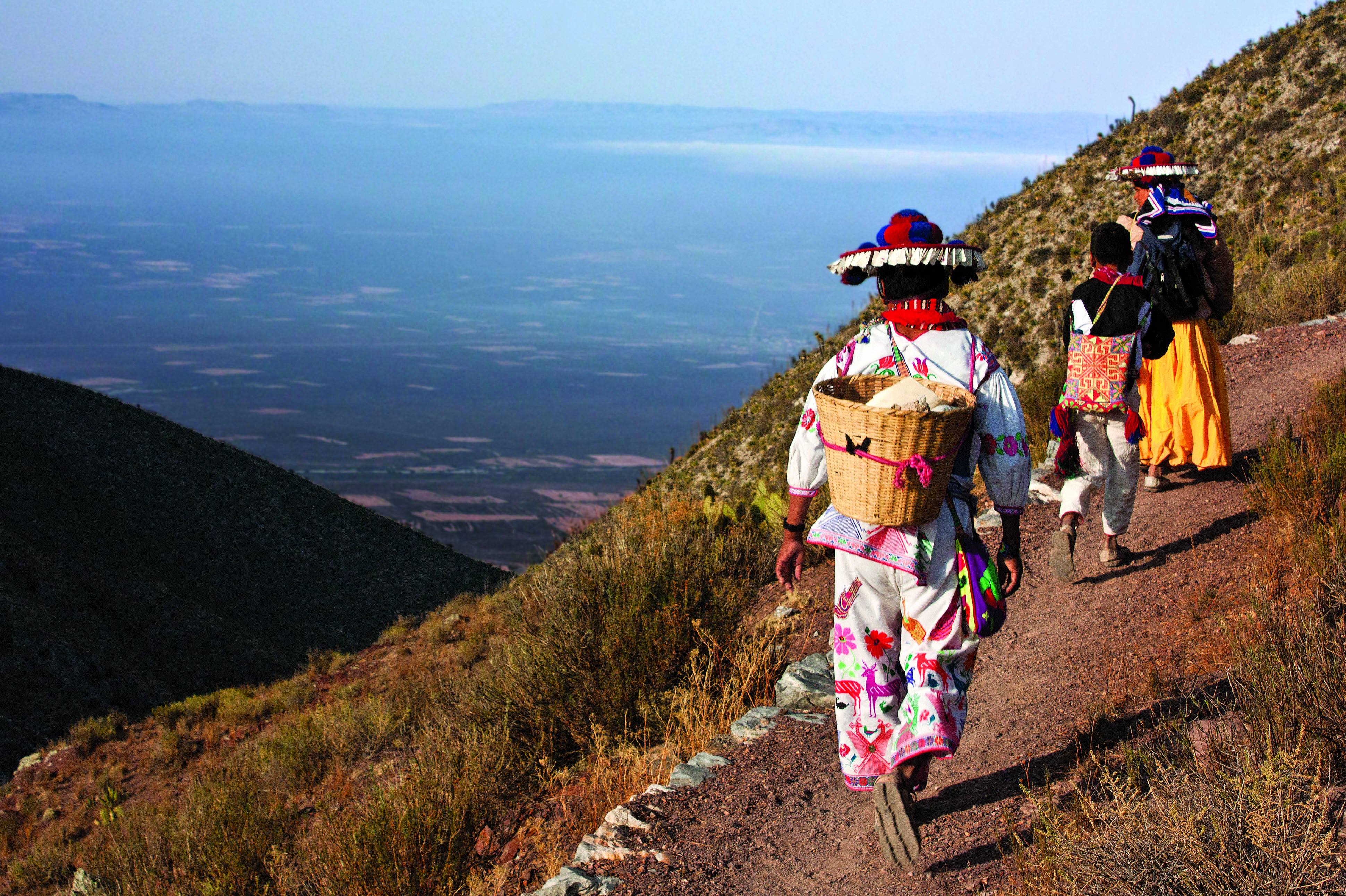 In a similar way, many cultural landscapes of historical character are now at high risk, since the constant transformation of the territory of our contemporary societies do not often take into account that the landscape is also subject to be preserved.

Territories, cities and natural entities are able to tell us an important story about our past, which is part of what we are and, certainly, of what we will be. 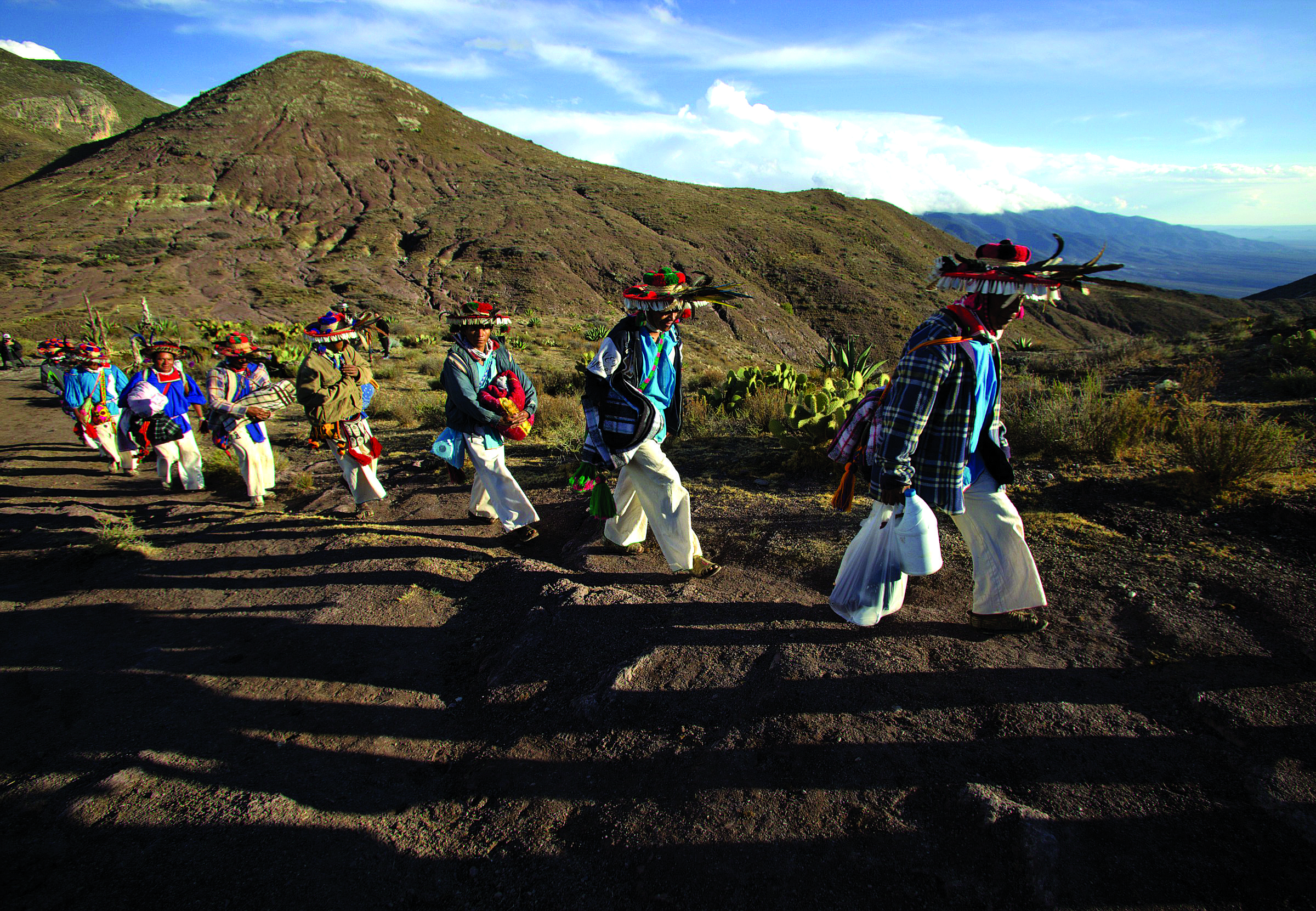 Wirikuta pilgrimage route by the Huichol (wurrarica) from San Luis Potosi to Nayarit. It has been threatened in recent decades by the privatization of land; different activists have come to its defense.
Photography: Heriberto Rodriguez

We do not pretend that we can, or we should, conserve absolutely everything the mankind has once produced (which would be not only a Herculean but an absurd task).

However, conserving a human settlement, a garden, a wall or a territory that are relevant for the history and thought of a society, is certainly a laudable task to which we should all join in a committed way. 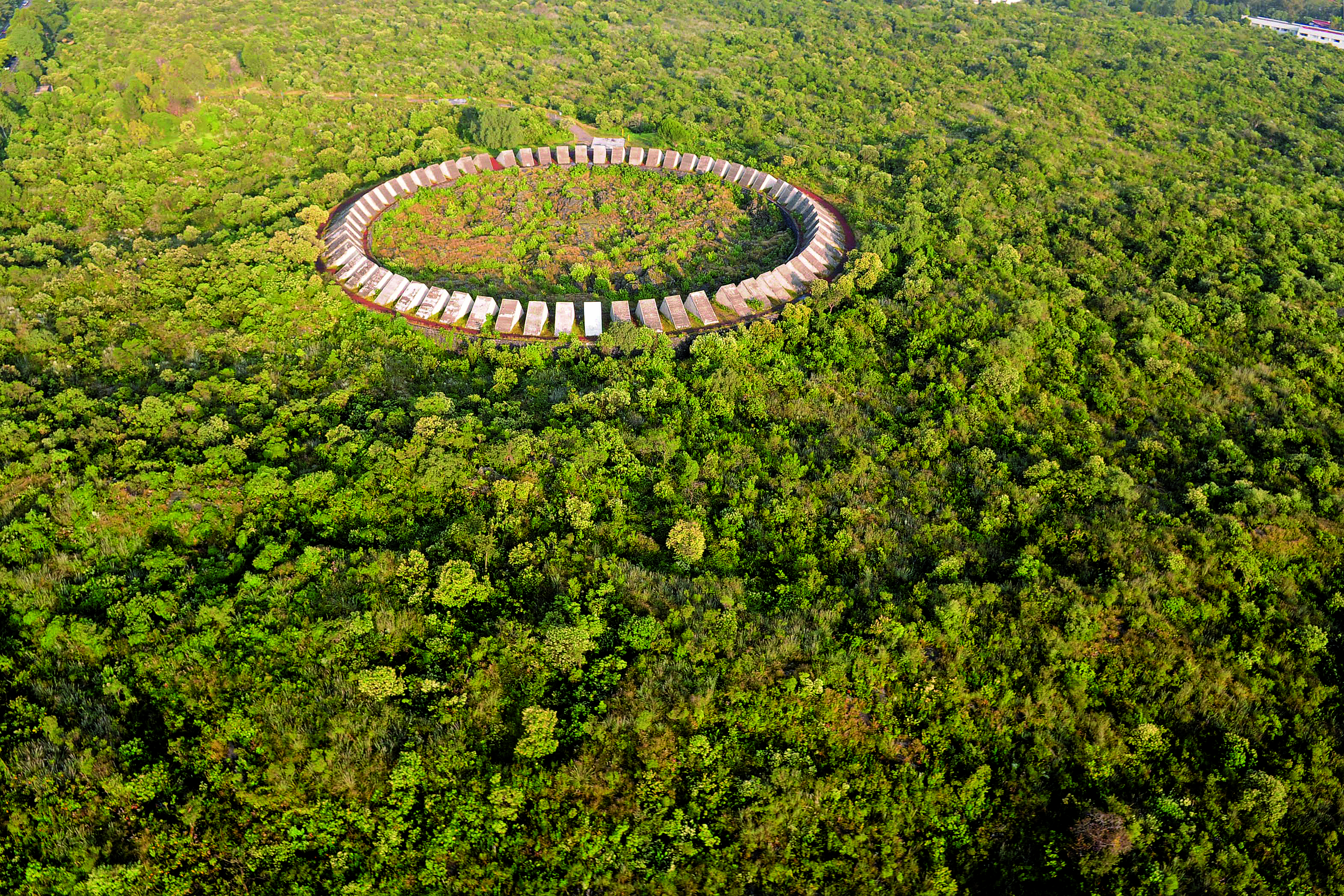 Sculptural space of the UNAM university campus, created in 1979 by Mathias Goeritz. Recently, it has aroused strong controversy over the construction of the “H Building” nearby.
Photography: Marco Mijares