With the participation of more than 1,850 people, the first International Congress of Urban Parks was organized by the Asociación Nacional de Parques y Recreación de México (National Association of Parks and Recreation of Mexico), with the city of Mérida and its parks as a backdrop. The Congress brought together public officials, technicians, real estate developers, academics, students, and equipment suppliers, in an unprecedented event for Latin America.

During three days there were ten expert lectures, more than 50 educational sessions where more than 130 speakers participated, as well as nine experiential workshops, and a commercial sample with more than 60 companies in the industry.

With the aim of promoting the industry of urban parks, public spaces and recreation, the newly opened Centro Internacional de Congresos de Yucatán (International Convention Center of Yucatan) formally opened its doors with the celebration of this important event. 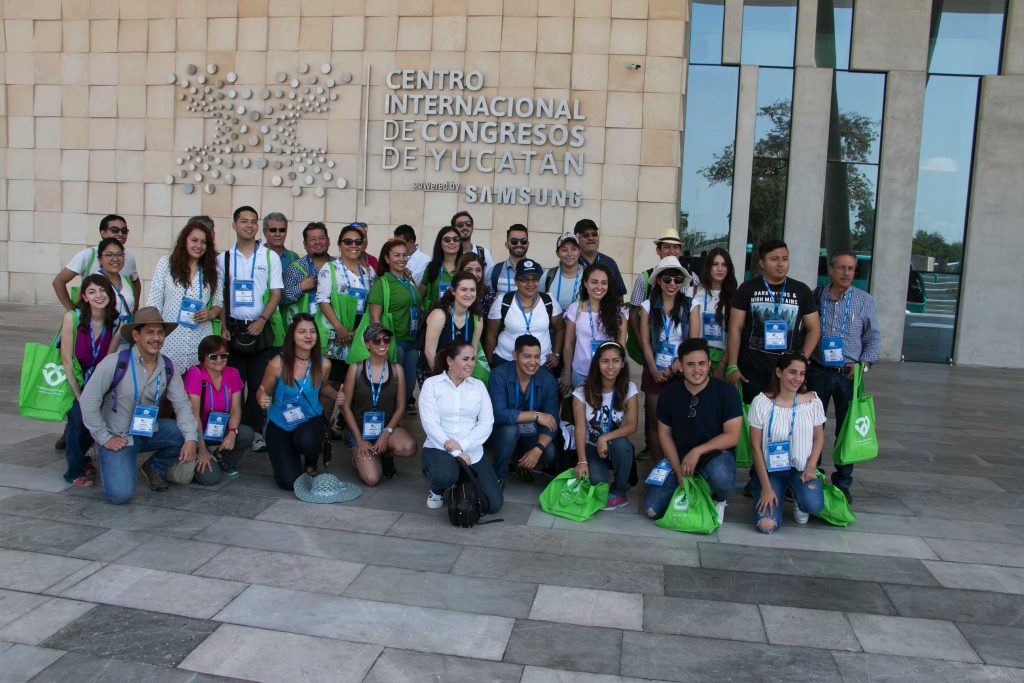 Some of the attendees to the Congress, posing in front of the façade of the newly opened International Convention Center of Yucatan. Photography: ANPR México.

The Congress was attended by professionals from 22 countries. The thematic axes that were addressed were: Design and Planning, Health and Environment, Economy and Uses of Public Space, Public Function and Citizen Participation, and the City. Among the participating countries were: Singapore, Australia, the United States, Colombia, Argentina, Canada, Spain, Italy, Chile, Brazil, Costa Rica, Ecuador, Honduras, France and Mexico, among others.

Some of the most renowned lecturers were: Guillermo Peñalosa, president of Cities 8-80 in Canada and of World Urban Parks; the renowned Mexican landscape architect. Mario Schjetnan; Peter Harnik, founder of the Center for City Park Excellence at the Trust for Public Land in the United States; and Leon T. Andrews chairman of the board of directors of the National Recreation and Park Association (NRPA) in the United States.

Panoramic photo of one of the lectures.
Photography: ANPR México. 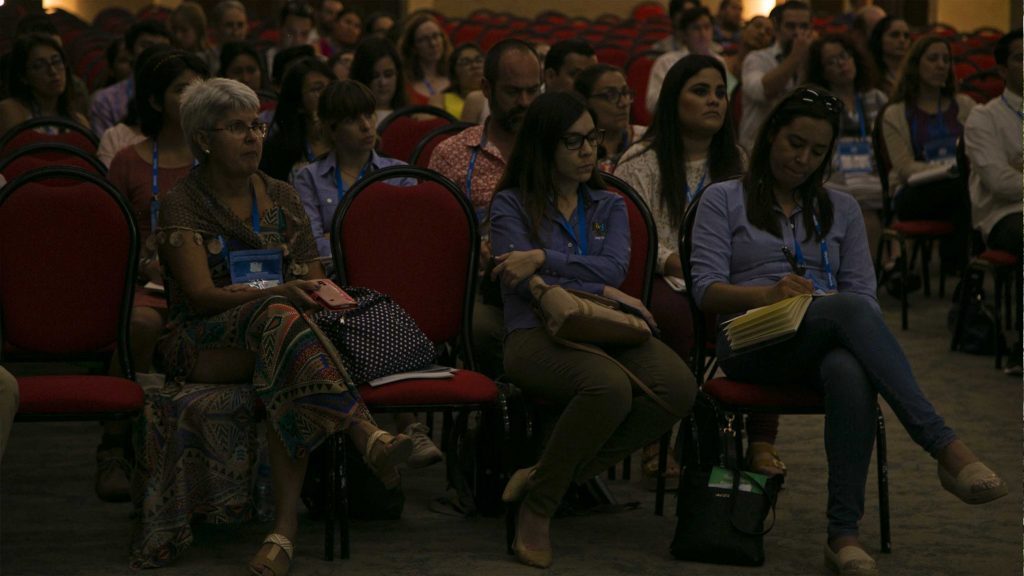 Attendees of one of the educational sessions.
Photography: ANPR México.

The event was also attended by directors and presidents of patronages and civil associations that work in Mexican parks, such as Chapultepec Forest and Fideicomiso Pro Bosque de Chapultepec, Monterrey Fundidora Park, Los Colomos Forest in Guadalajara, El Cimatario Park in Querétaro, Tangamanga Park of San Luis Potosí, Chipinque Ecological Park in San Pedro Garza García, Línea Verde in Aguascalientes and Paseo Verde (Green Walk) in Mérida, among many others.

Within the framework of the Congress, the Urban Parks Expo was also held, where suppliers of urban equipment gathered, exhibiting products such as: playgrounds, street furniture, surfaces, shadows, water games, dog parks, lighting and outdoor gyms, among many other products, over an area greater than 43,000 square feet. 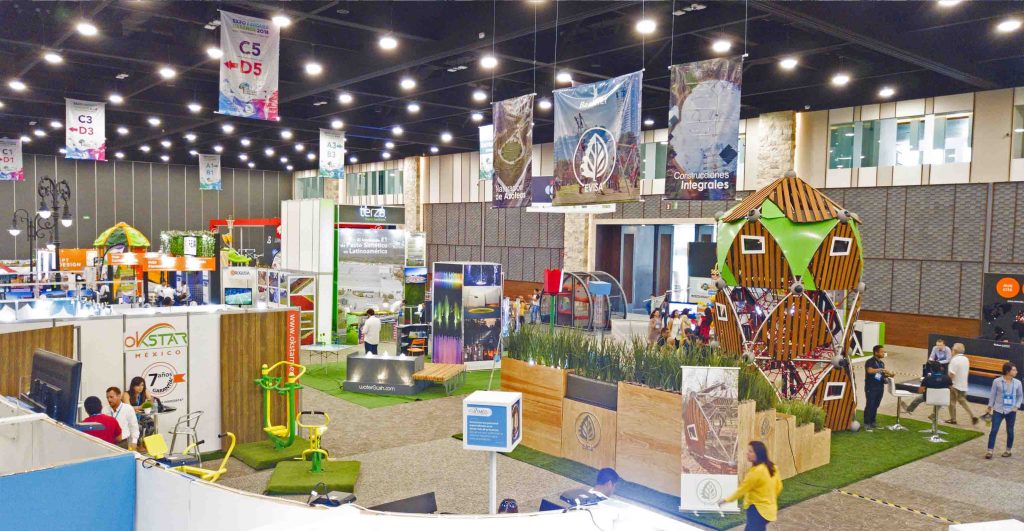 The organization of this commercial forum was result of the effort of the National Association of Parks and Recreation of Mexico to bring the most qualified suppliers of the industry to the decision makers of the government and the real estate, hotel and restaurant industries, among others, with the pretension of facilitating the optimal investment of public resources when building parks and recreation areas.

Visitors to the Congress were able to get to know the parks and public spaces of Mérida through the workshops that took place, in which linear parks, recreational bike paths, sports and recreational centers, and historic parks were visited. 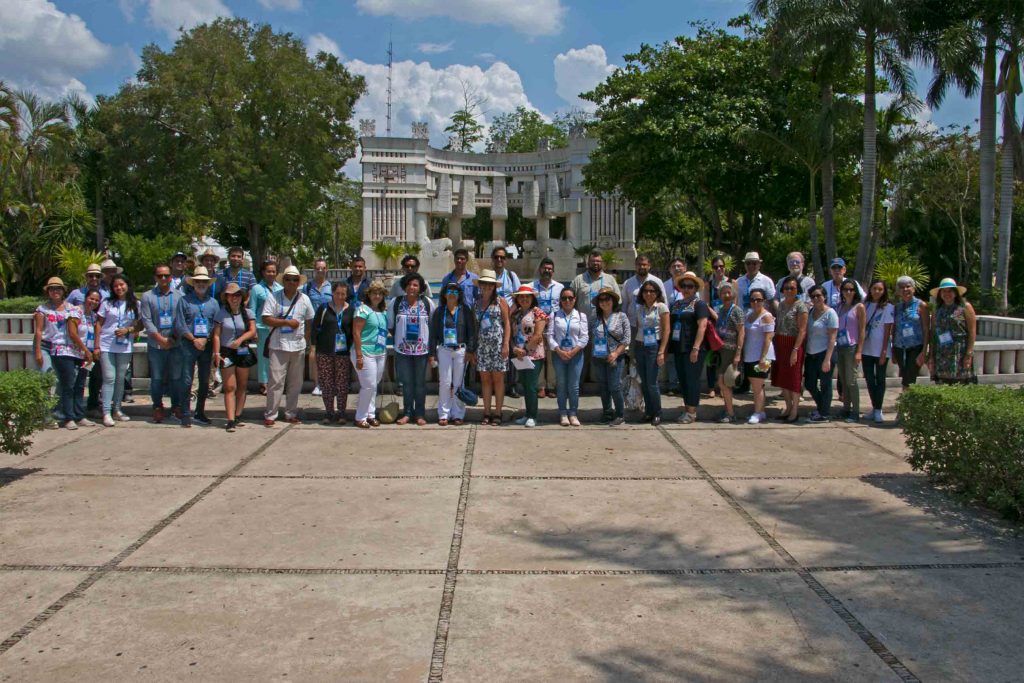 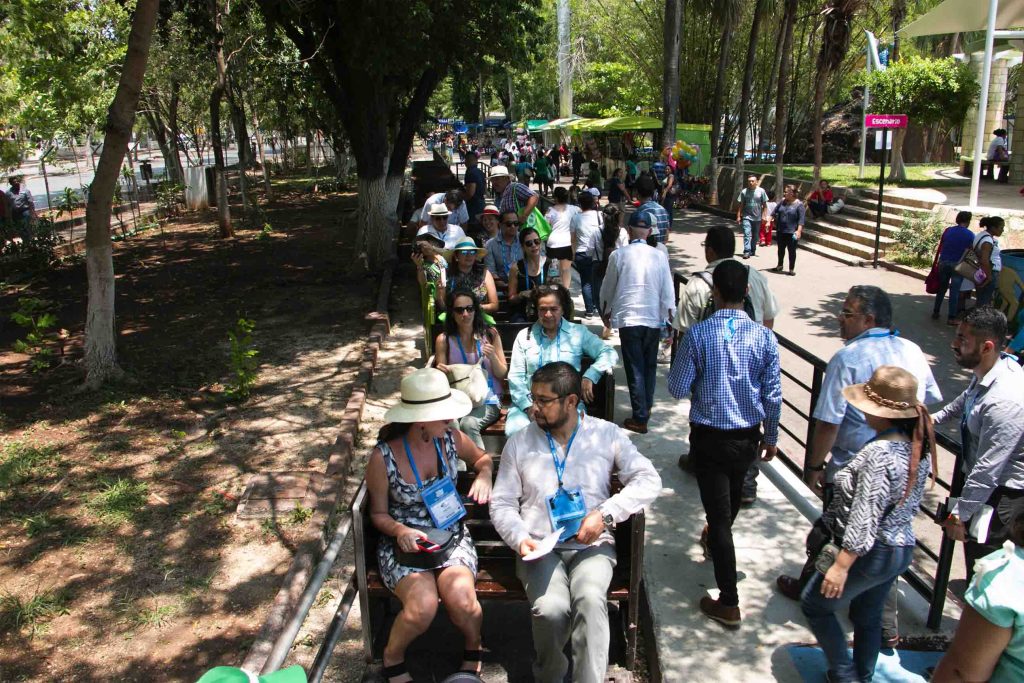 Finally, at the closing of the Congress, the city of Monterrey, Nuevo León was announced as the venue for the second edition of this important event, which will be held from May 14 to 17, 2019.

By: Luis Antonio Romahn Diez
President of the National Association of Parks and Recreation of Mexico, Director of the International Congress of Urban Parks