Famous in Mexico and beyond, the Yucatecan gastronomic landscape dresses itself in stimulating flavors and aromas:  sour orange with annatto, onion with epazote, habanero pepper with lemon and salt: Old World and New World savored together, fused purposefully.

Europeans stumbled upon the Americas five centuries ago, black pepper, cumin, clove, or anise were not ground here. No mint, coriander, rosemary, nor cinnamon were smelled. No garlics, radishes, or onions were chopped. Sour oranges, limes, and lemons were not squeezed.

Which aromas permeated the landscape of the Mayab? Which spices were carried out and brought in over its white roads? How did the Mayan spice market displays itself? Sacks of cocoa beans, allspice, annatto, pumpkin seed, tomato, wild oregano, sweet and hot chili peppers. Bundles of vanilla pods and Mexican pepperleaf, grains of sea salt, pitchers of native honey, incense of copal. 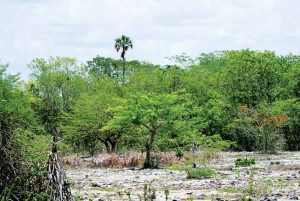 FROM THE MAYAN , WILD OREGANO

In the northern semiarid and stony plains of the Mayab, the low and çthorny forests shelters the shrub of ak’ilche’. In Latin it reads Lippia graveolens, the wild oregano. Once

in the past this expanse was carpeted with white henequen, which today gives way to new forest, regenerating the wild oregano.

Along the wild trails close to town, Mayan women’s hands fly from branch to branch harvesting the little velvety leaves. Later, the sun will dry the leaves sealing their smell. 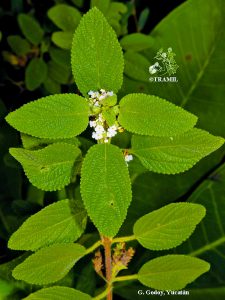 Nowadays in the Mediterranean, where the Europeans’ oregano –Origanum vulgare–originated, they substitute oregano from the Americas in timer of shortage.

Comparing this wild oregano with other oreganos of the Americas and other continents, of which there are dozens, is futile. Each oregano, of distinct lineage and nature, tastes how it tastes.

The dinner guest can rest assured that wild oregano conveys a spectacular flavor and scent. 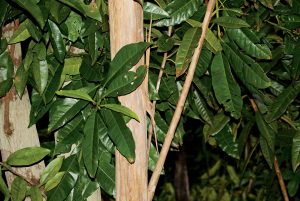 FROM THE MAYAN SOUTH, ALLSPICE

In the humid South, in the tall and green forests lives the great tree of xaak’. In Latin it reads Pimenta dioica, the allspice. High in the canopies, where the monkeys and crested guans live, the branches with their panicles of crowned berries succumb to the machete and fall to the ground.

At the beginning of the Spanish invasion, this spice was a powerful condiment in the heart of the Peninsula. There was a town called La Pimienta –The Allspice–, a bastion of Mayan rebels who fled beyond the Puuc hills to the south. To live, they collected the resin of copal, the wax of native bees, and the fruits of allspice.

In the bordering towns of already colonized Yucatan, they bartered the valuable cargos for cotton, metal tools, and sea salt. 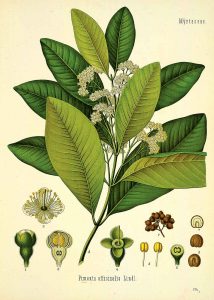 A relative of the clove but not of black pepper, allspice is perhaps one of the most valuable seasonings in the world. Its scent and flavor, reminiscent of clove, cinnamon, and nutmeg, inspired its English name, allspice. 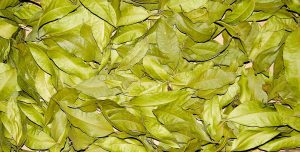 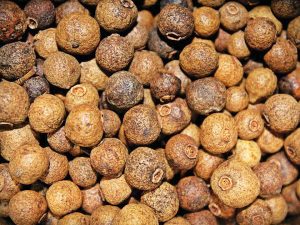 ALL ROADS, ALL AROMAS

From other landscapes of other worlds where there are rivers and mountain ranges, sacks and jugs with new aromas, flavors, and colors arrived to the Mayab. And departing from here, the spices of the Mayab spread over the world. So, it should not surprises us that even the emblematic habanero pepper is native to Amazonian lands.

The succulent American corn tamal hides a delicacy. Stuffed with Asian or American ocellated turkey. Its interstices filled with kol –cream of corn–, colored and seasoned with American annatto. Flavored with European garlic and onion, Asian black pepper, American tomato, epazote, allspice, and fiery habanero. Enveloped of Asian banana leaf, tied with American henequen fibers. Smoked with leaves of jabín and firewood from the wild. In the underground oven, the continents blend and flavors embrace each other. Cosmopolitan origin, Mayan style. 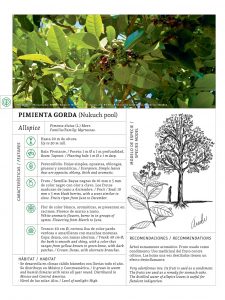 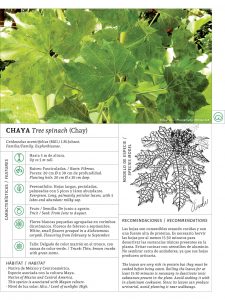 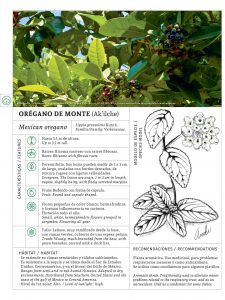