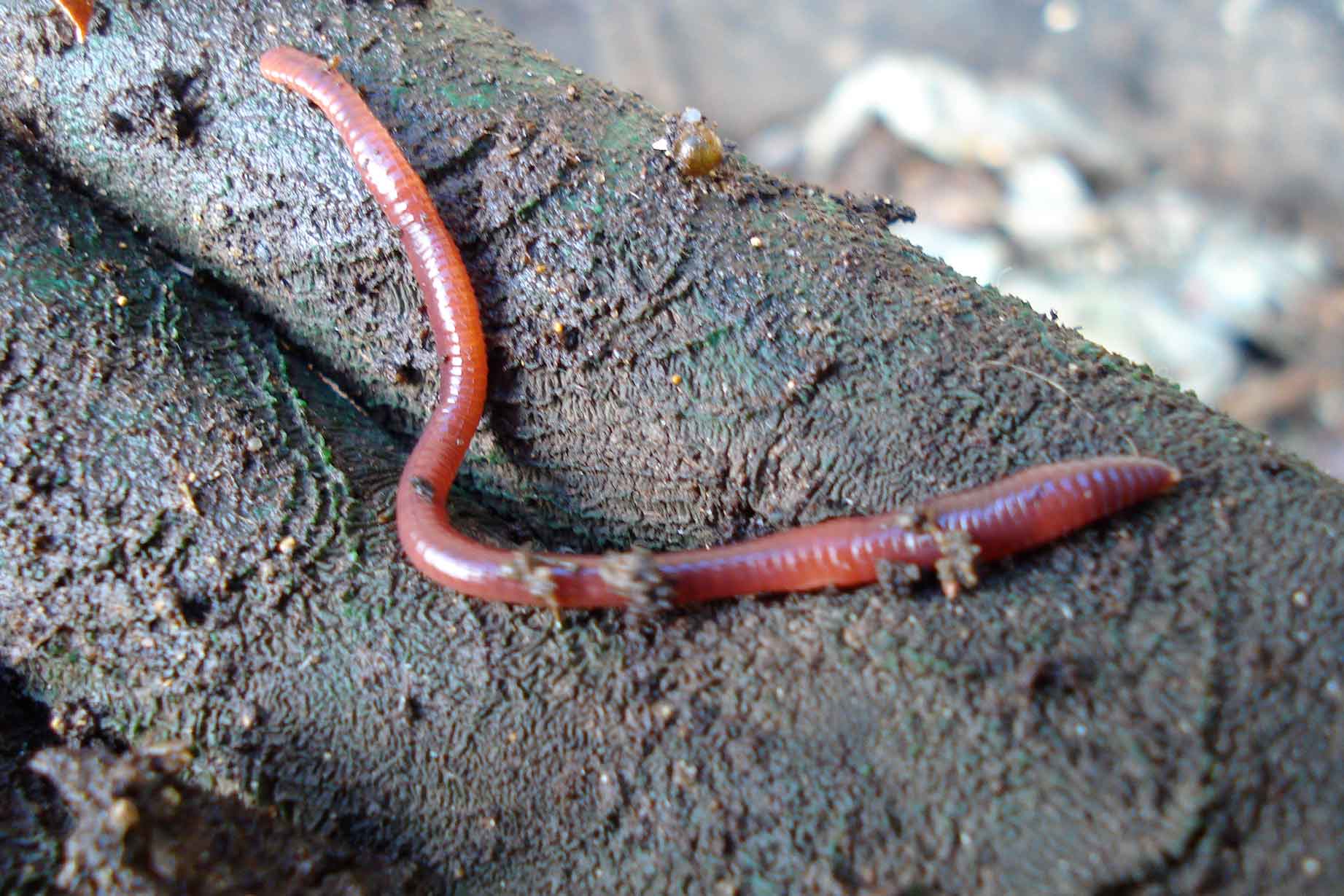 This worm species is dark red or violet-red and striped with antero-posterior and dorso-ventral gradient. Its body is divided into rings or metamerisms, which are visible at naked eye. They are about 8-10 cm long and 3-5 mm in diameter.Order: Haplotaxida.

This species is commonly found within the decomposing organic matter or in very moist manure, near the soil surface. Native to Europe, but have been introduced (both intentionally and unintentionally) to every other continent except Antarctica.

It is very voracious, each individual ingests daily an amount of organic material equivalent to its own weight (about 1 gram in adult individuals).

Each worm is equipped with a male genital tract and female genital apparatus. Copulation takes place every 7-10 days. After 14-21 days of incubation, the little worms emerge from the capsule, which has already acquired a darker color, producing between 2 and 21 white worms which are about 1 mm long.

Earthworms are a major component of terrestrial ecosystems dominating the biomass of soil invertebrates in different soils. They have been recognized as the most important soil ecosystem engineers. The activities of earthworms in soils have profound impact on the soil ecosystem functioning as well as on the types and numbers of micro-flora and micro-fauna. It has become the main species used in vermiculture to produce organic compost. They are very important in agriculture because they enrich the soil where they live, providing nutrients and air.

Perdesen, J. C. and Hendriksen, N. B. 1993. Effects of passage through the intestinal tract of detritivore earthworms (Lumbricus spp) on the number of selected gram-negative and total bacteria. Biol. Fert. Soils. 16: 227-232