Valuation proposal for the industrial heritage from the old railway system.

Colombia before the railway was a country of separated regions by a rugged topography that created geographical barriers. Diverse regions such as the three mountain ranges that derive from the Andes, the valleys created between them, the Atlantic and Pacific coasts, the Amazon and the plains, all regions with very different characteristics and ecosystems where shaped dissimilar and separate cultures.

The railway activity in the country had its apogee for approximately 100 years in which many people had the possibility of knowing other regions and diverse landscapes thanks to this transport. The railway allowed the union of the Colombian territory, the cultural interchange, the economic opening and in consequence it opened the doors to a development of the territory projecting a vision of progress for the country.

At the end of the passenger’s transit and the reduction of railway cargo, many of the structures that were part of the system went into fast deterioration. However, the collective memory associated to the railway it has been maintained through the time in those who had the opportunity of travel in this transport and in those who worked in the railway system, that they called themselves as “los ferroviarios”, who, despite the end of the system, have been able to maintain a strong collec- tive identity through the time with the railway.

The railway system in Colombia left material and immaterial vestiges. There are many stories told through literature, poetry, music and painting related to the railway. In addition, it is still possible to see material traces throughout the Colombian territory, such as passenger stations, tanks, tunnels, bridges, ateliers, rails, among others, that are witnesses of an industrial past of progress.

These tangible and intangible elements feed the collective memory around this important industrial heritage. The railway system and the elements that are part of this system cannot be understood as isolated from the territory, the railroad and the landscape have a deep connection seen not only from the infrastructure that intervenes the landscape and creates new scenarios, also from the observer, who can experience the landscape through the trip on the train.

The sensations and emotions that surround the observer when he sees the landscape, shows that this goes beyond materiality and is able to link in a deeper way the human being with his environment.

The railway activity also led to the growth and creation of towns and cities, which meant an important transformation of the landscape in many parts of the country, but these changes, were not only physical and environmental, but also socially, culturally, economically and politically.

“The railway has been fundamental in shaping evolutionary cultural landscapes.”

In Colombia it was directly associated with productive landscapes, the increase in agricultural production and its economy was directly proportional to the development of the railway in the country. The railway activity promoted the export of products that would be fundamental for the Colombian economy such as coffee and bananas.

Regarding railway heritage and its relationship with the landscape, I carried out a research that concluded with a proposal for the valuation of this industrial heritage, valuing it as a system based on the reuse
of passenger stations and other associated buildings, as spaces for the integration of the communities responding to their needs, whether as spaces for meetings of community boards or spaces for workshops and training, in addition to assigning a space within these buildings for the exhibition of the history of the railway and its importance in shaping the landscape of each region. The proposal includes traveling exhibitions that disseminate the large number of material and immaterial elements that are associated with the railway system. 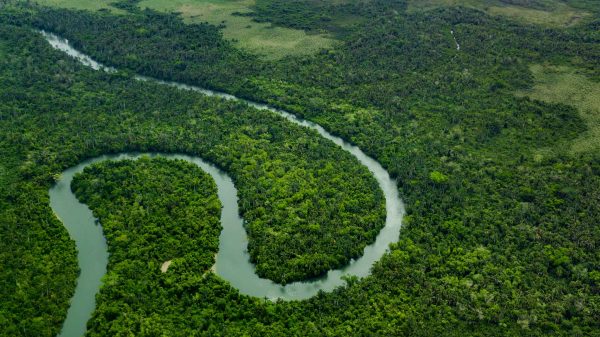 Photography: Salvador Cueva We are fortunate to live in [...]