The Yucatecan coast has the most attractive landscape, because of its diversity, of the whole region. The combination of dry and flooded environments: from salty to freshwater swamps, waters varying from transparent, to brown, jade-green, or flamingo-pink, and the fresh salty air, the scanty and ephemeral rain.

All of it personified in a natural mosaic so structurally diverse that it might evoke images of terrestrial reefs.

From the visually continuous low, dry forest of the interior, as you approach the coast you begin to see open spaces which mutate from spiny forests to xerophytic 1 shrub lands or into tropical meadows dominated by sedges rather than grasses.

Then, suddenly, the vast and always-green mangroves, bogs, and coastal lagoons –traditionally called rías (rivers)– appear, ending in coastal sand dunes formed shrub lands that are magically verdant because they almost never see the rain. This order is figurative because the reality is even more of an overwhelming geographical mosaic.

It is worth mentioning that this landscape diversity is frequently hidden by the simple lines of the almost monotonous vegetation that grows along the disturbed roadsides.

“The coastal and near-coastal vegetation is an encounter of plant species with variedplant architectures.”

The coastal and near-coastal vegetation is an encounter of plant species with varied plant architectures. Trees with erect trunks, shrubs with tortuous branches, grasses and bristly sedges, ephemeral or perennial herbs, as well as herbaceous or woody vines.

Within the grasslands, shrub lands, and woodlands emerge to your sight the columnar cacti that like giant candles, the gracile palms and or course our emblematic wild agaves with their precautionary spiny rosettes.

Even now we plant taxonomists have not accomplished the task of calculating the number of plant species present in the coastal and near-coastal landscapes of the Yucatan. There might be a thousand species in that natural garden. 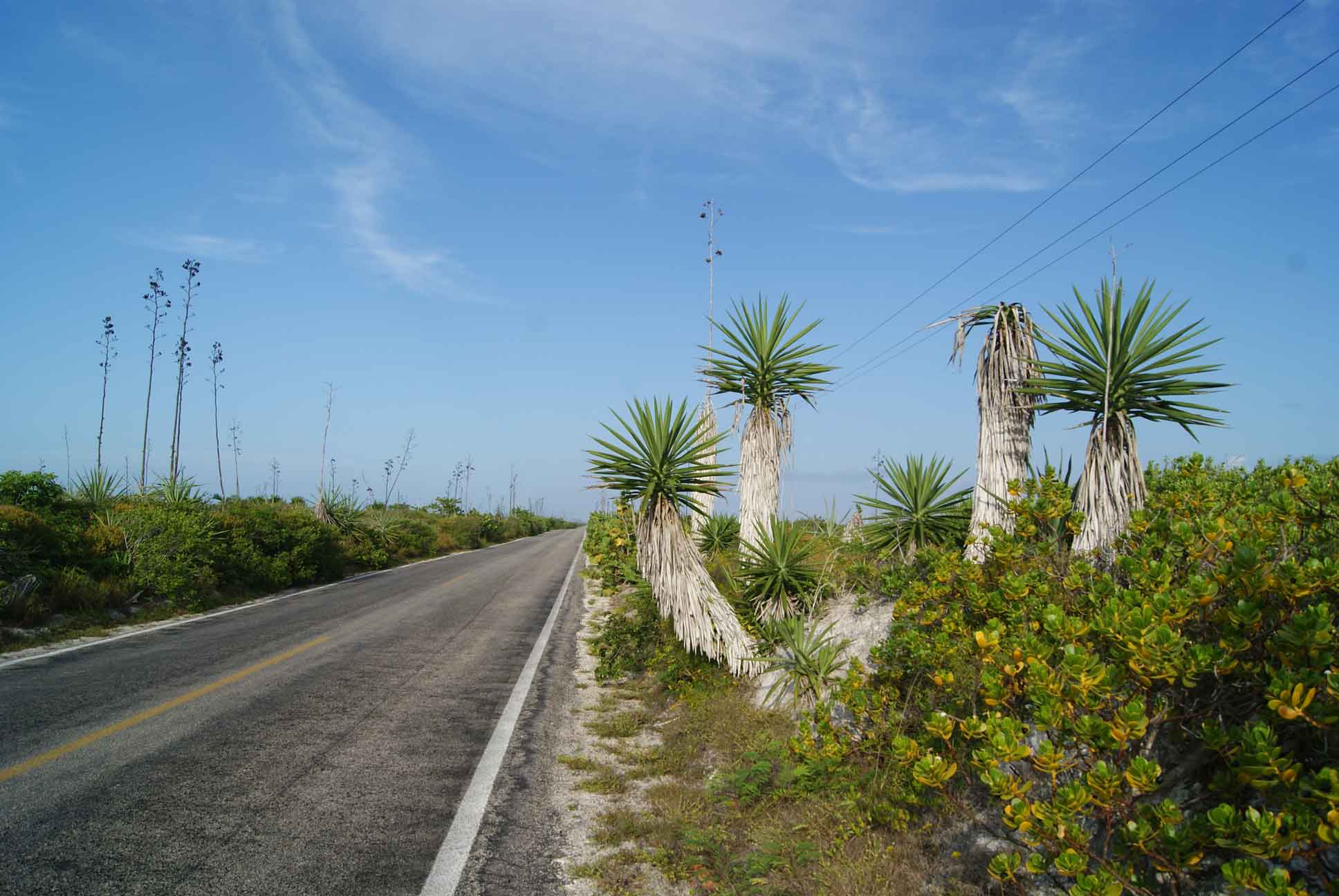 Among all those species lively call our attention those plants defined as endemics by biologists, plants found nowhere else in the world.

Which are these strictly endemic plants in our coastal panorama?

At least five 2: the little globose cactus Mammillaria gaumeri catalogued in 1923, the parasitic vine Cuscuta palustris described in 1939, the vine Dictyanthus aeneus in 1935, the tree or shrub Prosopis mayana in 2006, and the mini-lily Zephyranthes orellanae just published in 2010.

And there are more, as several scientists working around the world are currently occupied on describing several species for the Yucatan flora, whose names will be new to science, including uncatalogued plants from the coastal vegetation.

Leaving taxonomic technicalities, something that nurtures the imagination when we observe the coastal vegetation of our region is the variety of textures and colors of the foliage.

Species of the genus Croton with their brown, gray or silvery hues, the dark but shiny green of Caesalpinia vessicaria, the velvety silvers and grays of  Tournefortia gnaphalodes, the golden spines of Opuntia stricta, the frank, glaucous and yellow-greens of the agaves and cacti, the red or green mutating barks of Bursera simaruba or of Euphorbia petiolaris, and so on as we paint with this rich botanical palette.

Savannahs with grasses and sedges, and the hammocks like oasis of arboreal vegetation. Photography: J.C. Trejo-Torres.

“Something that nurtures the imagination is the variety of textures and colors of the coastal foliage vegetation of our region.”

Are there other environments in our region that are as attractive as the native vegetation of the Yucatecan coast?

At a different landscape level, more on the artistic horizon than in the floristic detail, there exists the unexpected hills of the peninsular core, our Mayan Puuc 3, especially during the transitions from the rainy season to the annual drought, and vice versa. But this, this is totally another landscape. 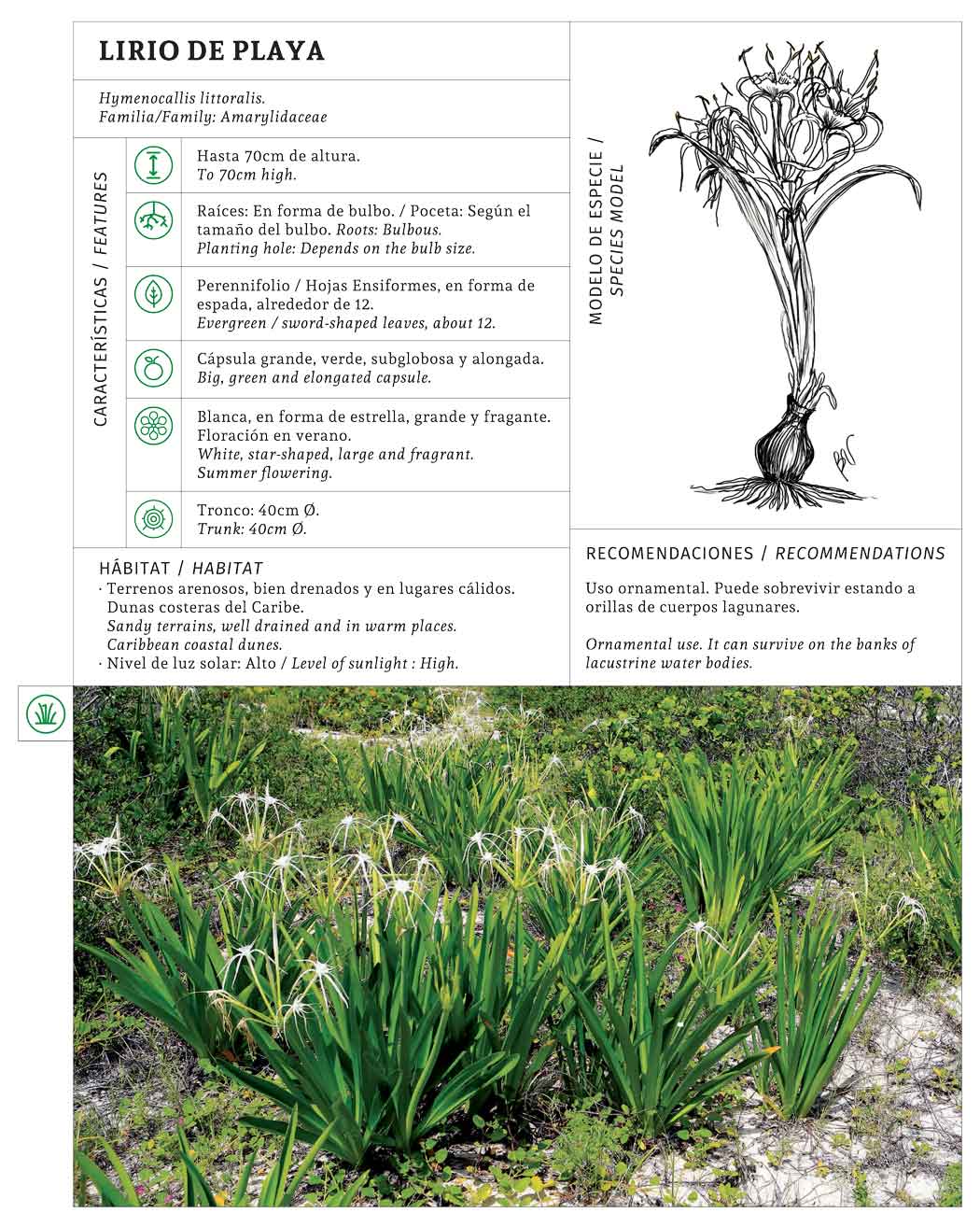 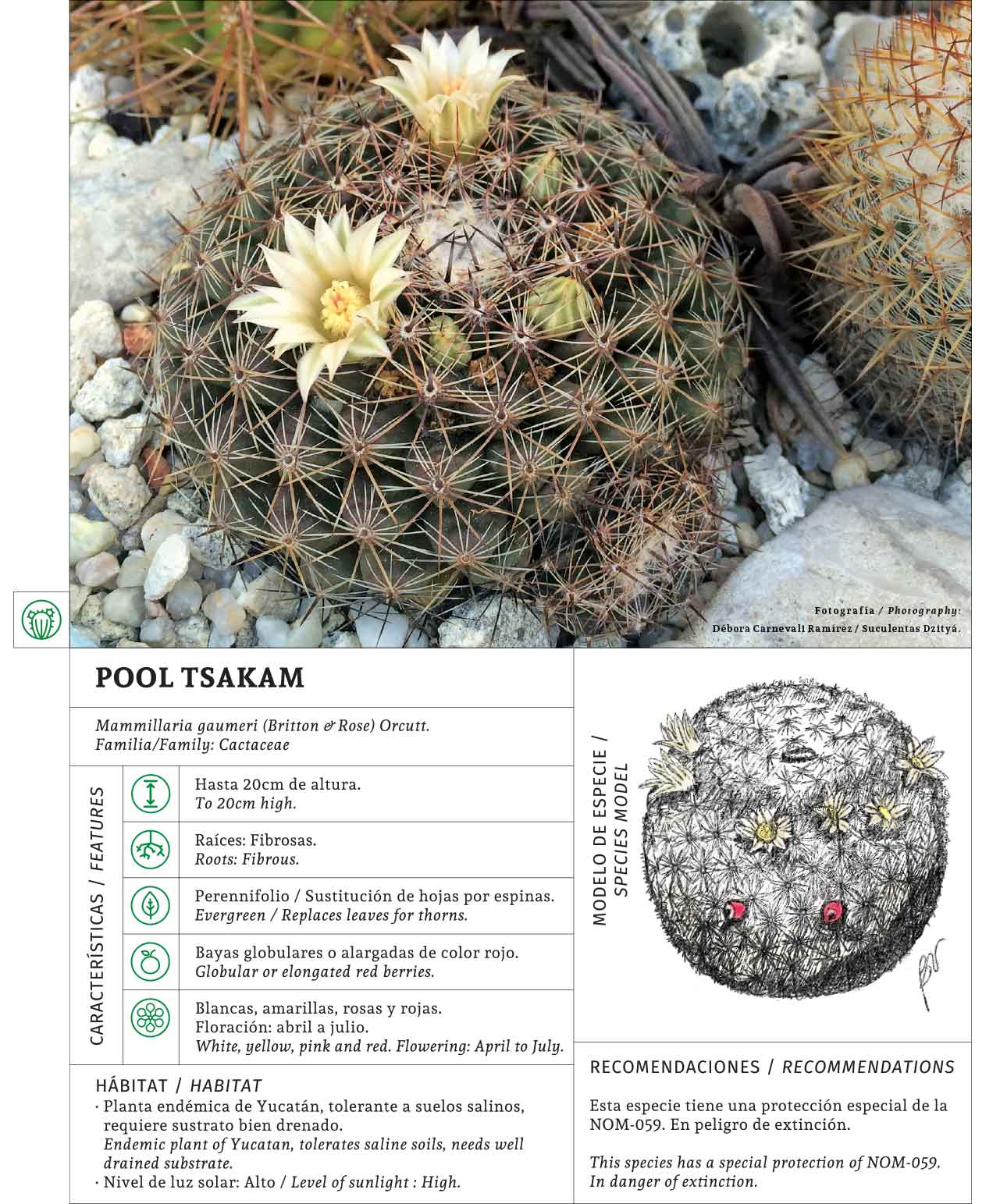 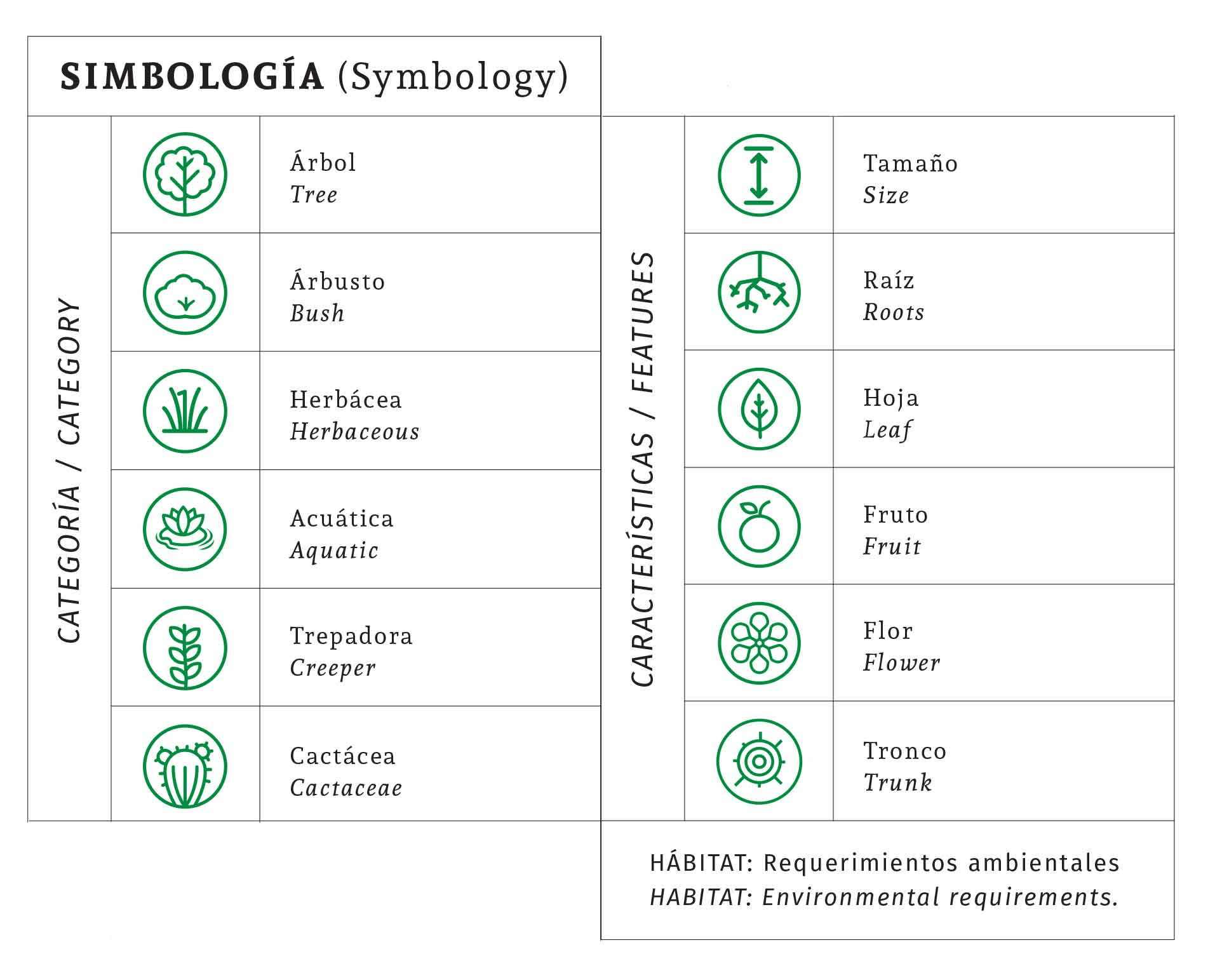 2  For information on the common names, taxonomy, origin, and links to other local, regional, and worldwide botanical sources, of the mentioned species in the text, we invite you to visit our webpage and database Plantas del Mayab: Plantas  para Todos: http://www.plantasdelmayab.com