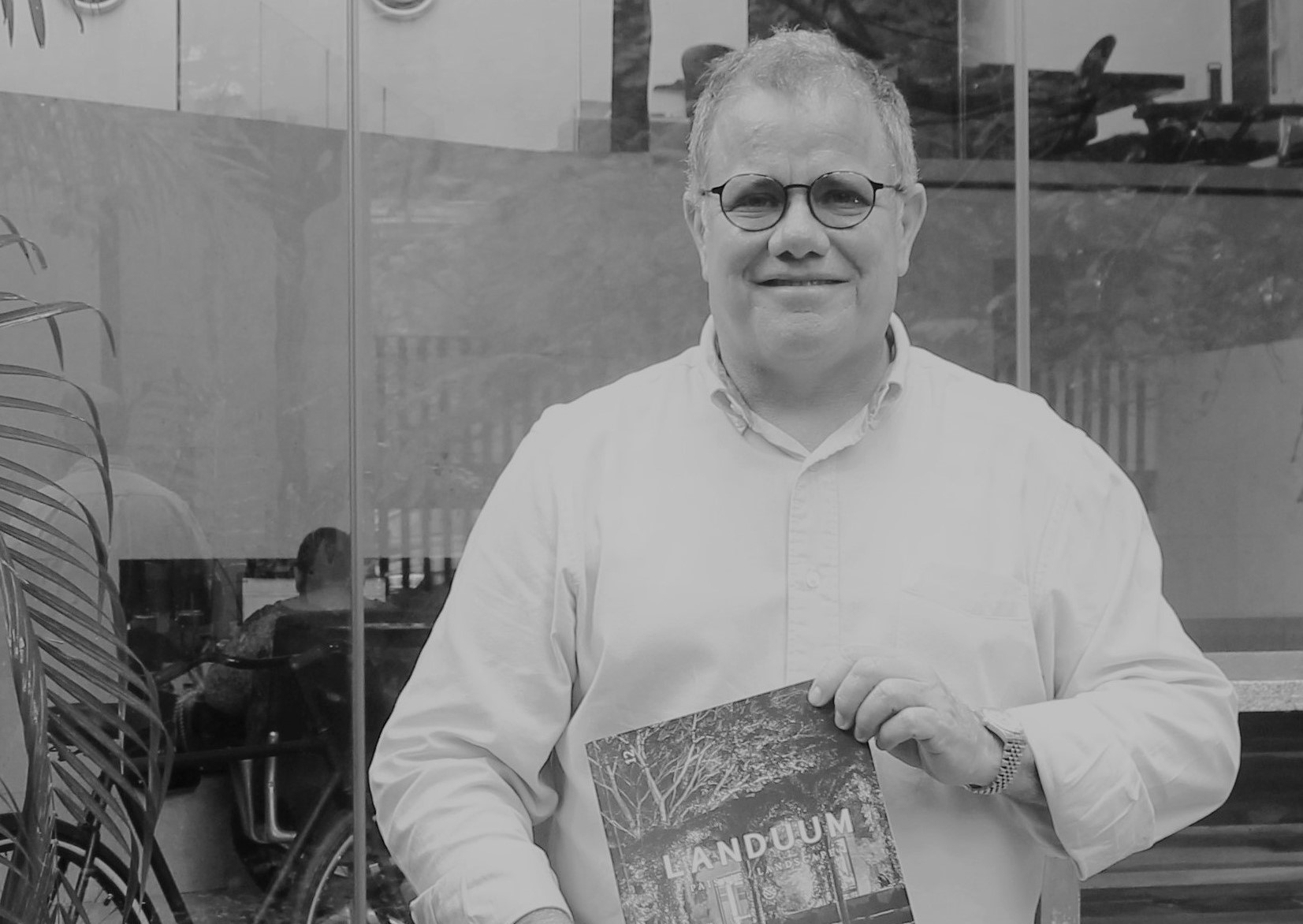 Architect graduated from the Universidad Autónoma de Yucatán in 1991. Awarded the Gold Medal in the 3rd and 10th Biennial of Yucatecan architecture and with the Grand Prix of the IX national Biennial of Mexican architecture in 2006. He received the medal of artistic merit by the government of the state of Yucatán in the year 2000. Author of the project the Senate of the Mexican Republic in 2003. Director of the School of Architecture of the Marista University of Mérida from 2009 to 2018. Since 1994 he founded Muñoz Arquitectos Asociados based in Mérida, Yucatán. In 2016 the publishing house Arquine published a book dedicated to his work.

“In my opinion, the terrace is the heart of a house, it is extremely important here in the Yucatan Peninsula.”

WHAT ARE THE ADVANTAGES OF DESIGNING A BUILDING WITH A TERRACE?

One of the most important matters of architecture is that it has to belong to the place where it is built, it needs a sense of belonging, it has to adapt to the context where it is created. The terrace, in my opinion, is one of the most important elements of the identity of architecture, at least it is here in the Yucatan Peninsula. If you visit Mexico City or Monterrey, there are no terraces or if there are, they are not commonly used, people use their living rooms. Here in Merida, we don’t use our living rooms, people here use terraces, which are like a microclimate where you are outside but you feel on the inside (since it is covered), it is like an exteriorized interior or an interiorized exterior, terraces without a doubt are the transition between the inside and the outside. That’s why all the people that live in the city of Mérida, taking in consideration our weather conditions, such as the sun and the wind, must be sure about the advantages of this wonderful space.

WHAT IS THE MAIN CHALLENGE OF WORKING TRANSITION SPACES BETWEEN THE INTERIOR AND EXTERIOR?

I think the main challenge is to have the benefits of both. You have the outside and the inside and the part in between is the terrace, which must have the capacity to be and have this symbiosis between the interior and the exterior. That is the challenge for this space. To achieve the elements of the exterior in the terrace and to make them communicate well with the elements in the interior while creating this new space.

WHAT IS THE ROLE OF VEGETATION IN A TERRACE?

WHAT ARBOREAL SPECIES DO YOU ADVISE TO PLANT IN OR NEAR A TERRACE?

I currently prefer exotic and exuberant vegetation in terms of letting them “be”. I love the vines such as the money plant (Epipremnum aureum), as well as the fact of keeping the trees that are on-site, the rough bark (Guaiacum officinale) is a tree that fascinates me. I also like palm trees such as the areca palm (Dypsis lutescens). I think it is much more sustainable to have a good tree, than a couple of square meters of garden, since a large tree provides several benefits, such as shade, as well the help of cleaning the environment, some trees can even scent a space, for example, this is something the frangipani (Plumeria) does. Have in mind that you have to be careful with poplar (Populus) and rubber trees (Castilla elastica), they are wonderful, but if you are going to plant them you must give them enough space. Remember that it is important to give enough space to trees and not enclose them in a small space.

Animals that visit our Terrace
Cultivation Terraces: A tradition in the face of the challenges of climate change