The Colca Valley is located in the Andes on the north-eastern side of Arequipa, Peru.

In this place, we can find the Colca River and the Colca Canyon, so it has interesting natural landscapes and is known for its wildlife: condors, llamas, alpacas, guanacos, vicunas, and vizcachas.

The children of this valley do not have access to the adequate and safe equipment to play and develop their skills widely.

In response to this need, in 2013, the Latin American Coordinator of Architecture Students (CLEA) 1 developed an initiative called WAWA Pukllay (“Children playing” in Quechua) to create recreational spaces through the Latin American Social Workshop (TSL) 2.

This article describes the intervention in the Coporaque Village. 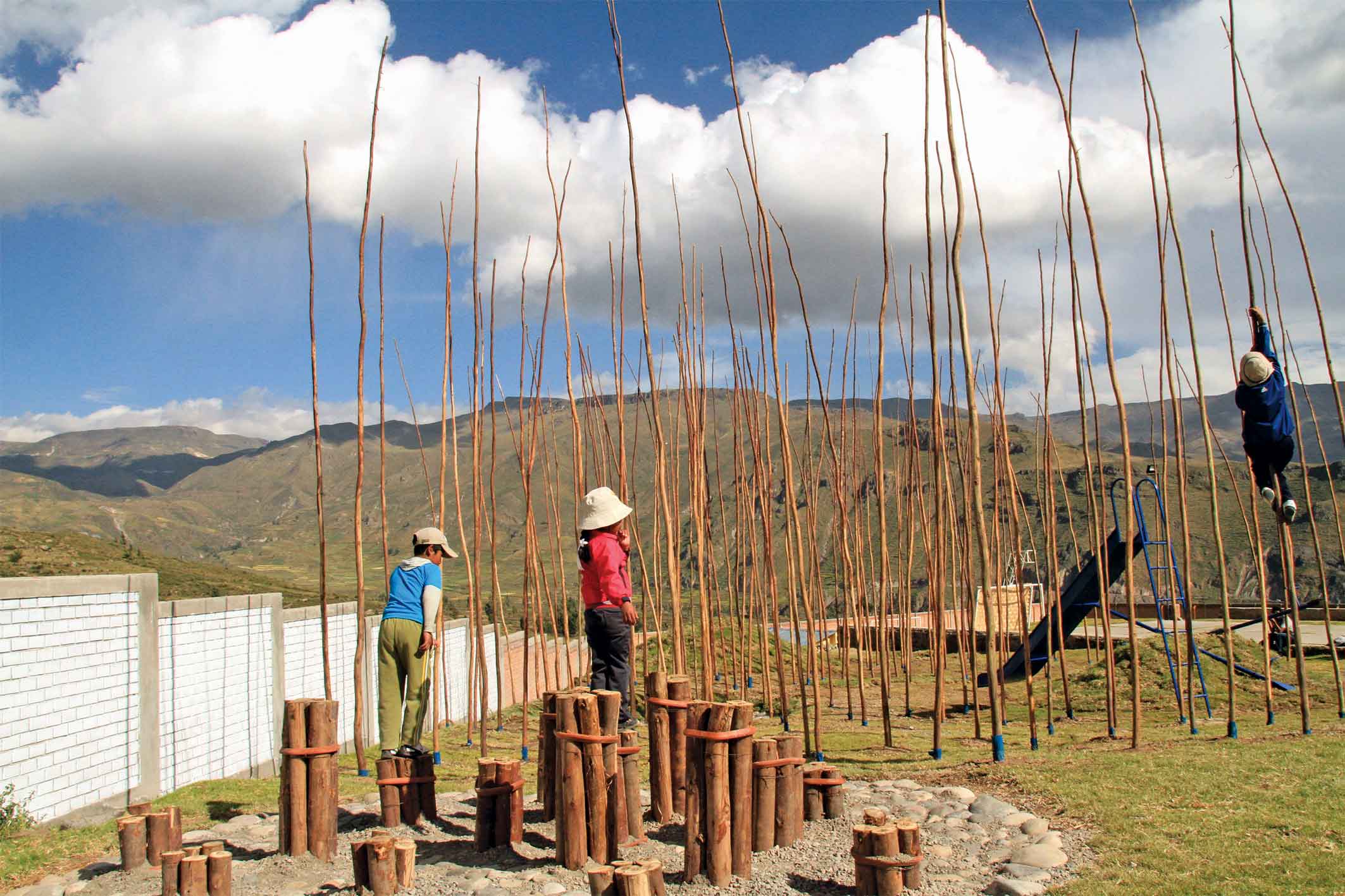 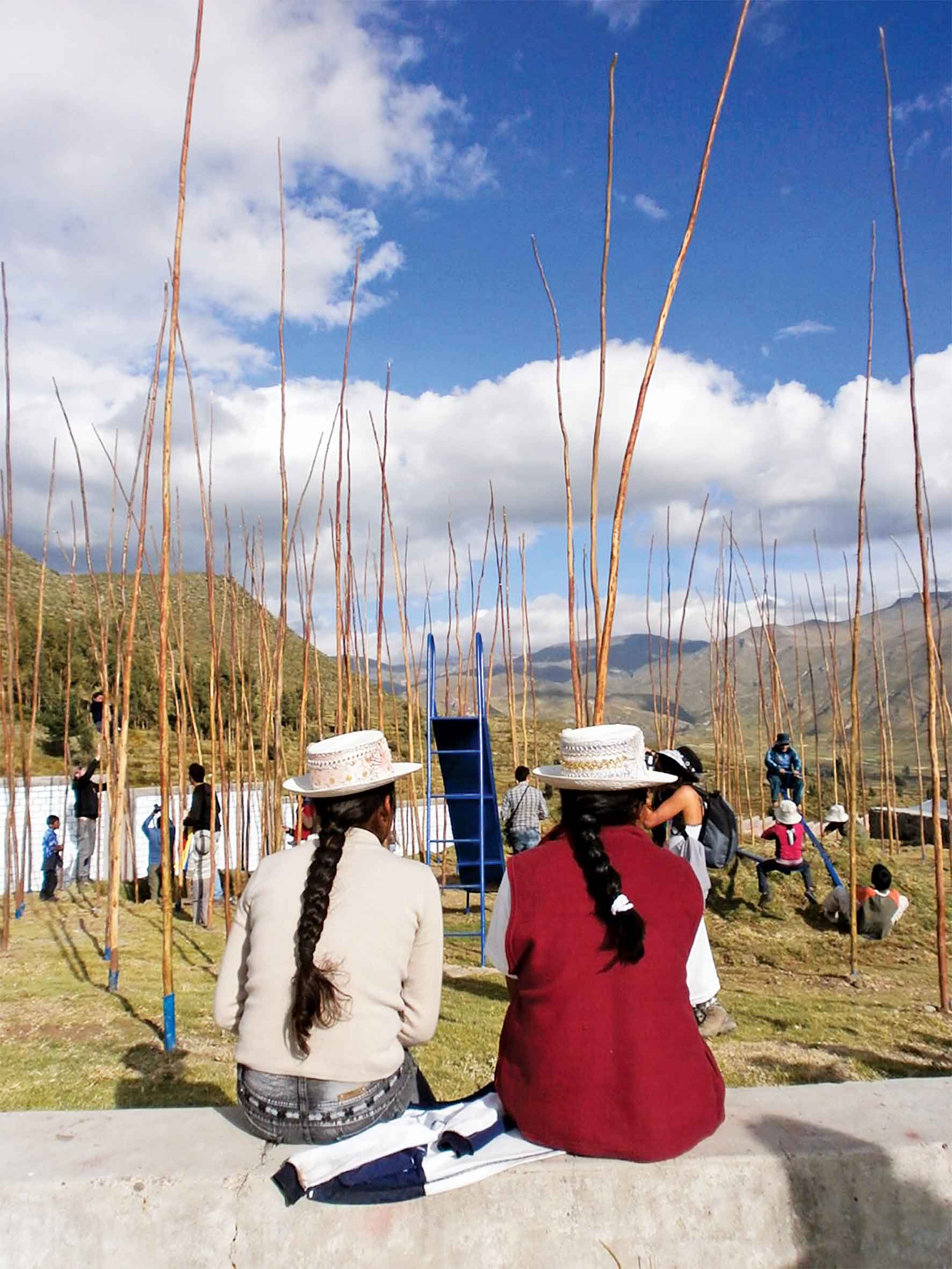 The following diagrams illustrate the intervention process. Starting from the original situation until the final stage: surface-object activation. 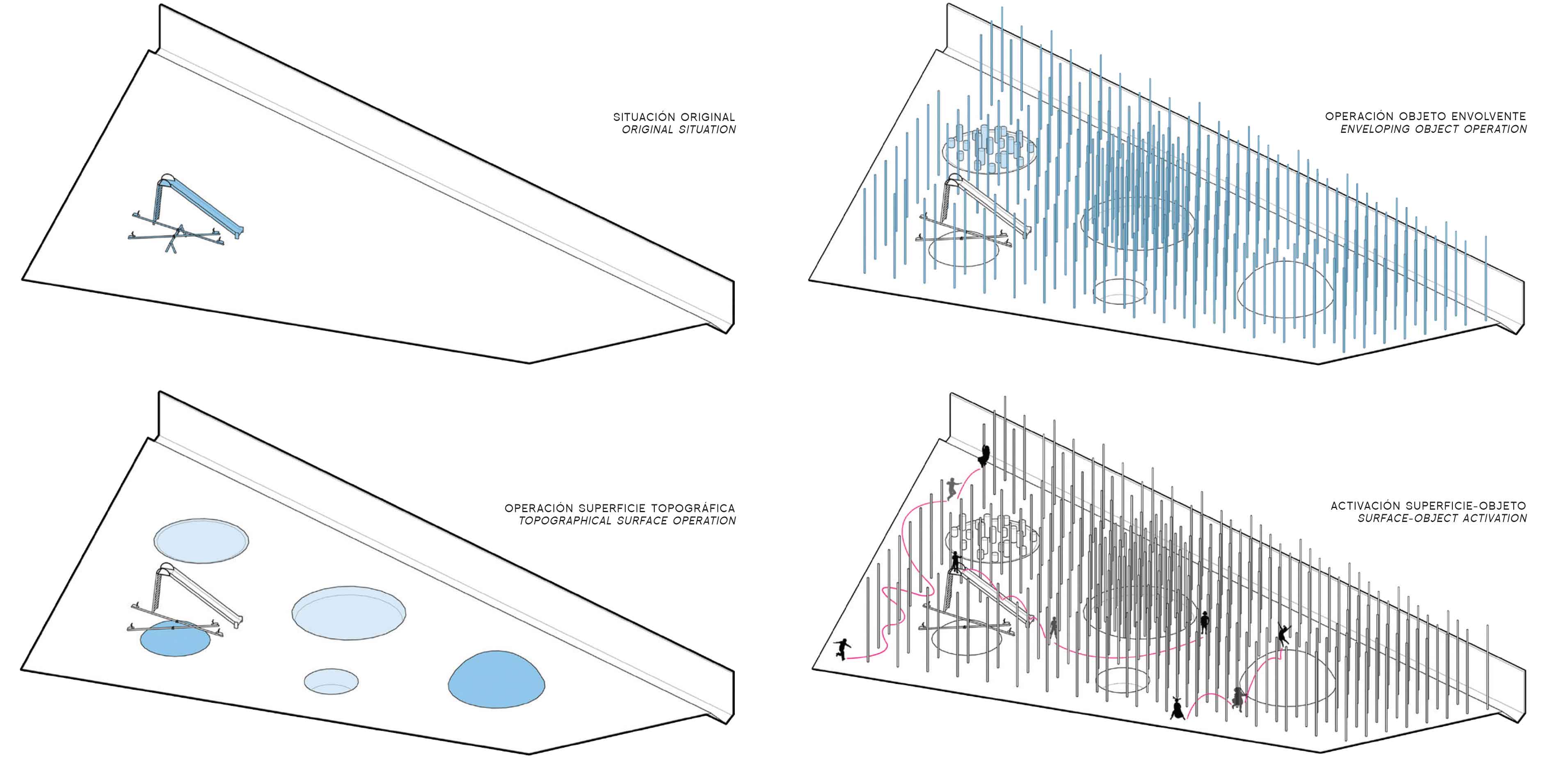 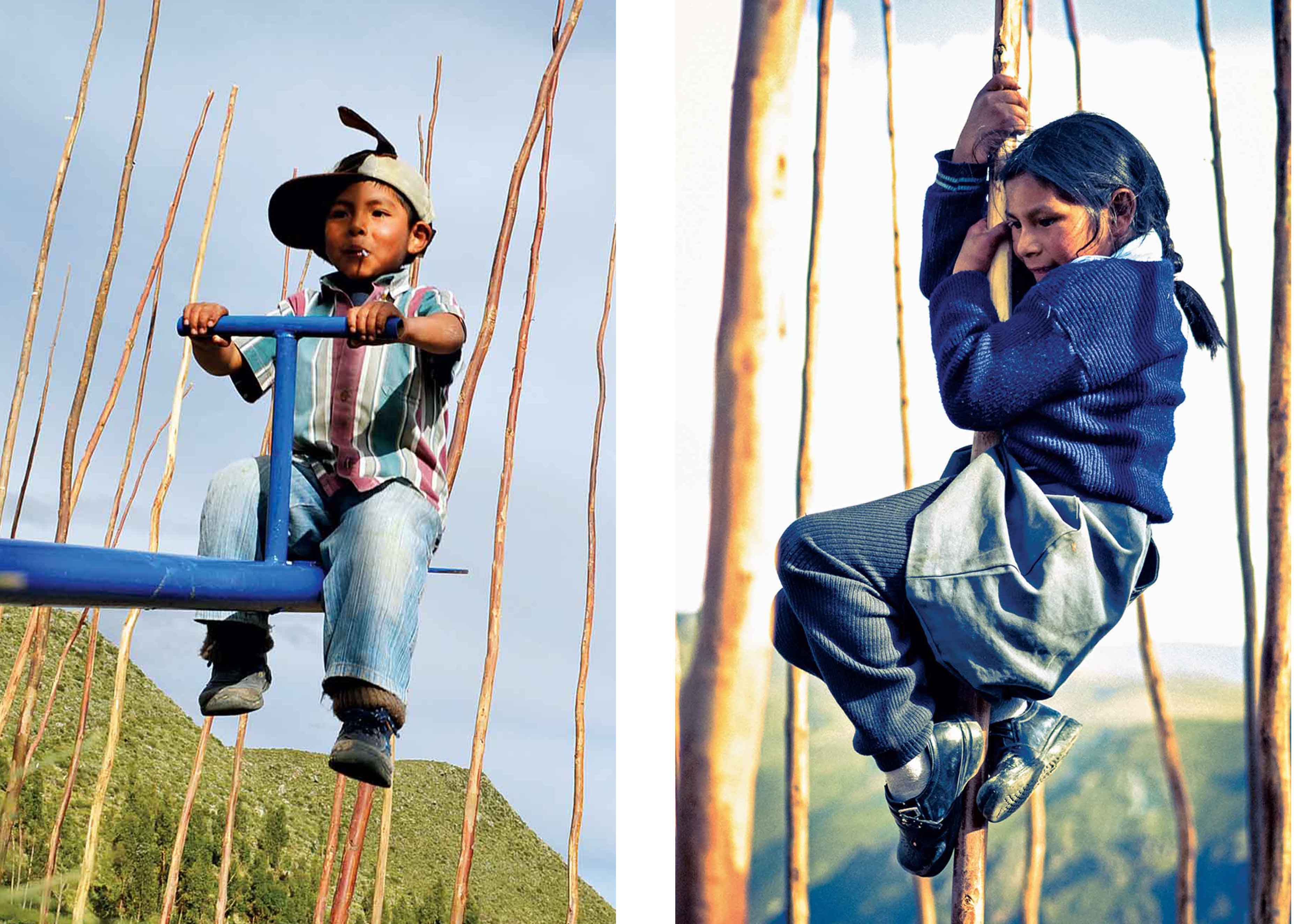 Based on the described ideas, a play area was developed, a playground-landscape as a sort of “penetrable forest” without predisposed readings for its exploration.

Chaclas or masts of more than six meters high arranged throughout the site, along with a topography of elevations and depressions, create a place that manages to link the past scenario with the new one, where children can explore, experiment and make this space their own.

The project delivers a natural-artificial landscape open and accessible for the distension of an entire isolated population with very few resources but with a strong conviction that the transformation of this space will generate a significant contribution to the collective relations of the inhabitants of the Coporaque community in the Colca Valley. 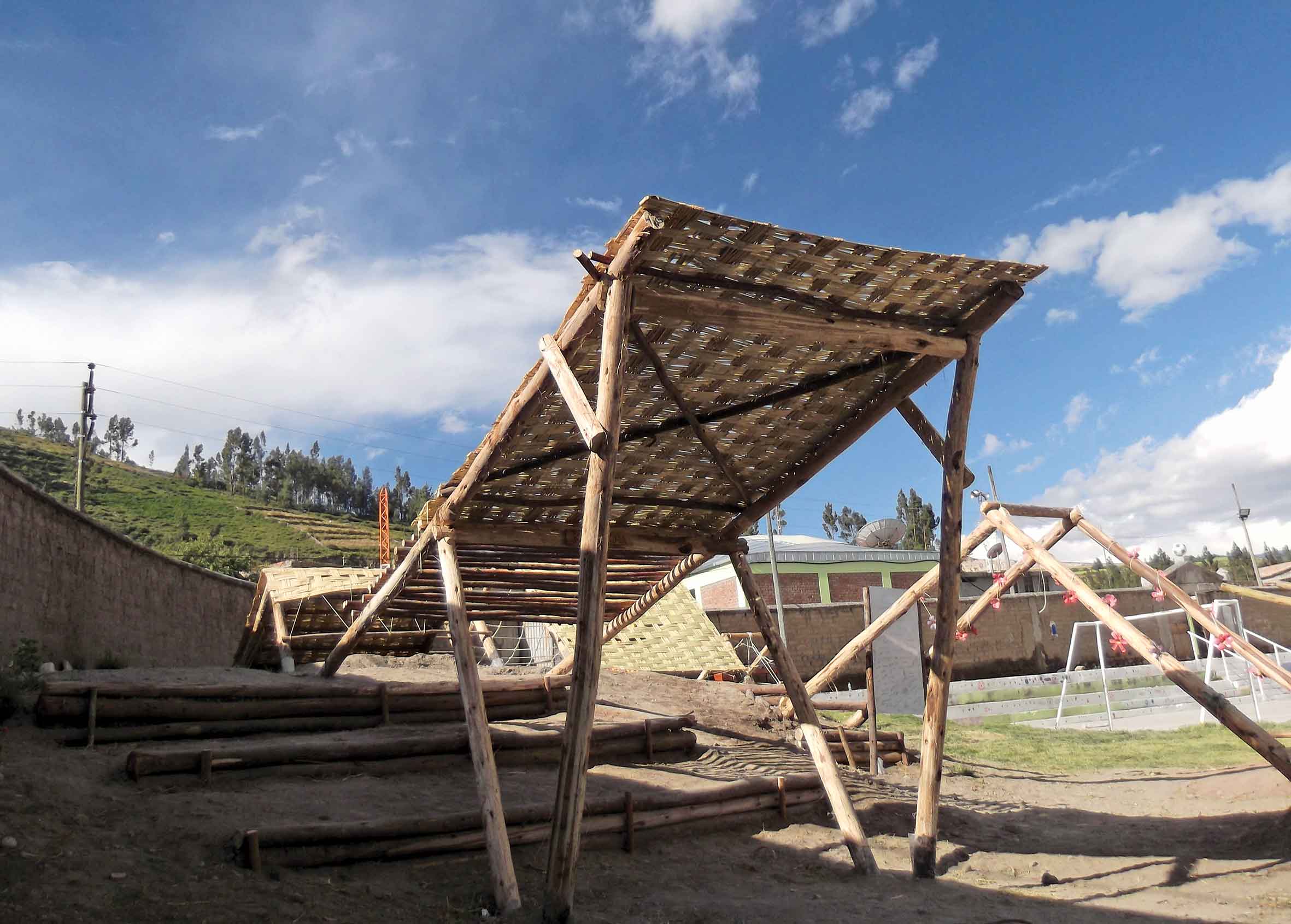 2  The TSL (Latin American Social Workshop) gathers, year after year, as much Latin American architecture students to address various problems, such as planning, design, landscaping, among others; in different cities of Latin America, in order to form architects committed to their culture and the social aspect of their work.

3  From the Quechua word cákra. Small field for growing vegetables.