Get to know an extensive revitalization through three urban projects in São Luís, Maranhão, Brazil.

The architectural firm Natureza Urbana has just completed an extensive urban revitalization at the historic center of São Luís – Maranhão, focused on qualifying public spaces, improving the interlocution with the existing heritage and boosting the local micro-entrepreneurs market. 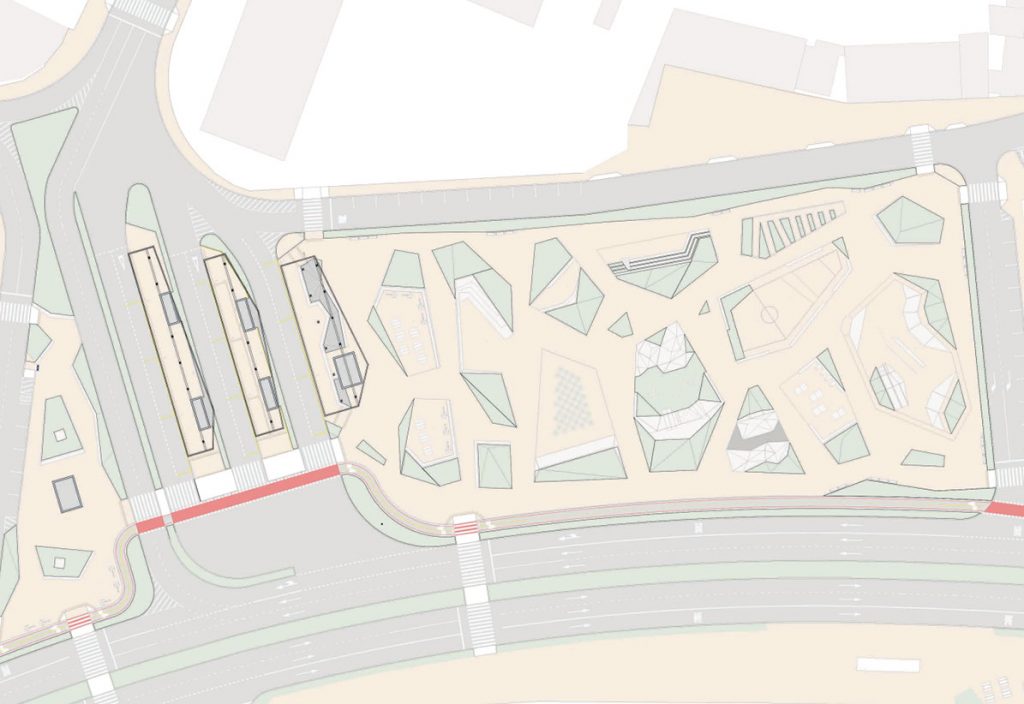 The projects were part of a program created to revitalize the historic city center of the state capital of Maranhão, financed by the Inter-American Development Bank (IDB).
The firm led 3 important renovations: one at ‘Praça da Misericórdia’ (Mercy Square), other at ‘Praça da Saudade’ (Saudade Square) and another at Fonte do Bispo (Bishop’s Fountain), an area around a bus station on Vitorino Freire Avenue. “Requalification projects are a strategic tool to update the use of public spaces – especially those with historical and cultural value –, and insert them in new urban dynamics”, says Manoela Machado, urban planner and partner at Natureza Urbana.

The initial motivation for the revitalization were the security problems around the 2-kilometers shoreline that surrounds the bus terminal, indicating that only an urban intervention would be able to encourage the use of these spaces by the public. 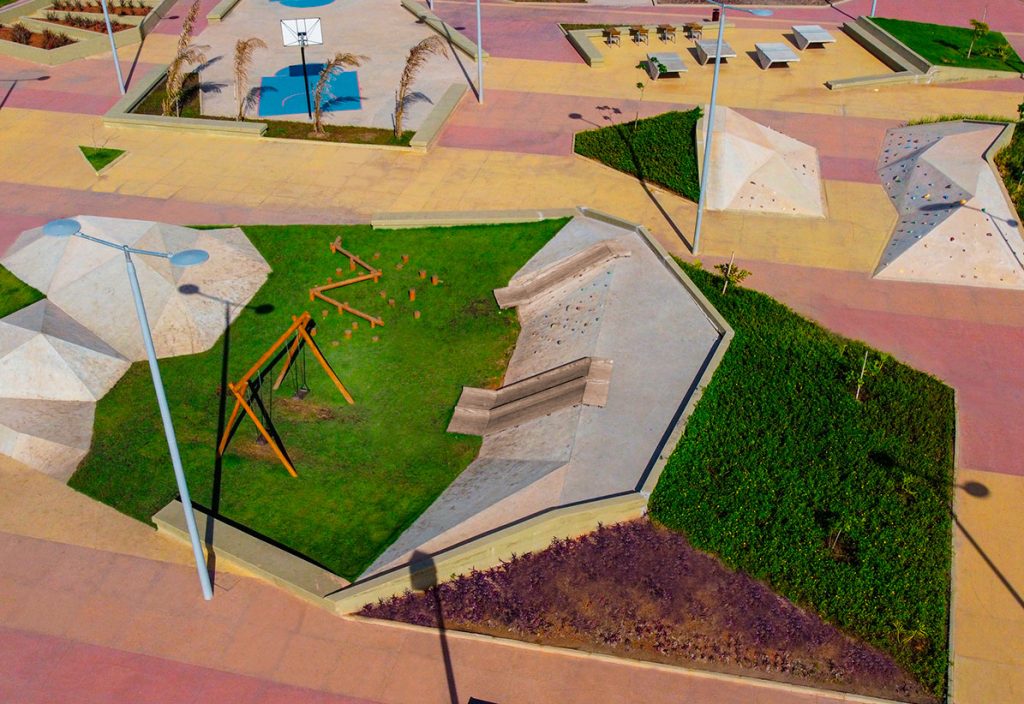 The same problem could also be found in other squares of the city, which inspireda joint transformation. In 2018, with financing from the IDB, São Luís city hall started the 3 interventions coordinated by Natureza Urbana.

In a participatory process, the population expressed its vision and participated shar- ing information and suggestions through workshops. Teams of social workers registered the peddlers in order to guarantee that all of them would be considered into the new spaces, either through kiosks, small stalls or adapted vehicles such as bike foods (ideal for street vendors). 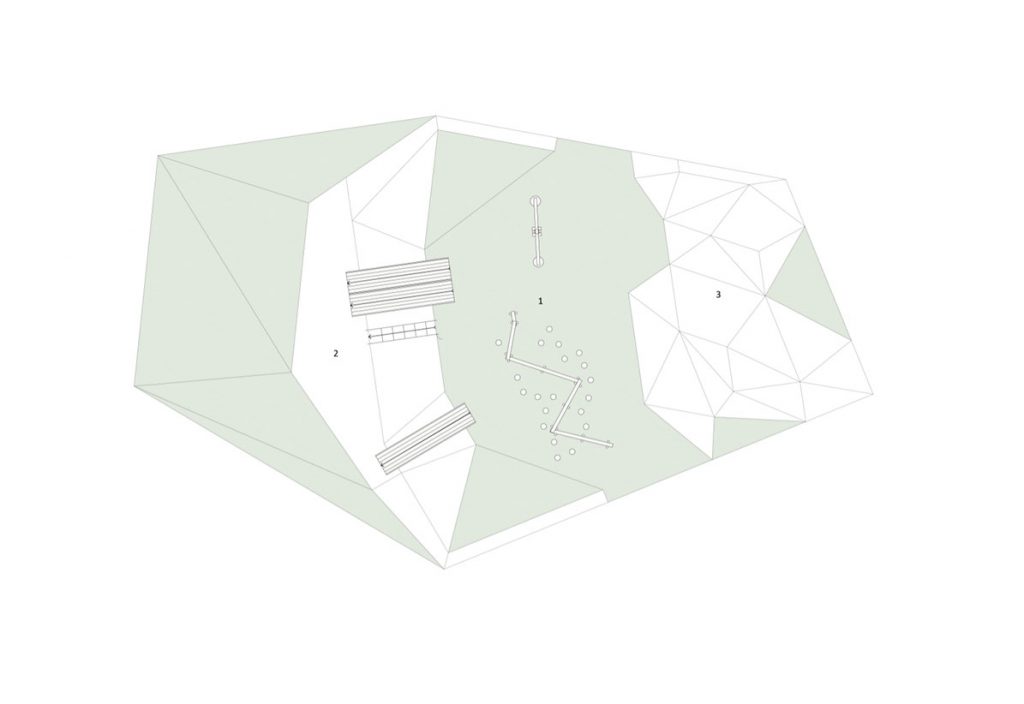 At ‘Praça da Saudade’, previously irregularly occupied by peddlers and deeply degraded, the use of the area as a meeting and leisure spot was limited. The place is located next to a cemetery, hence its name (Saudades means “to miss someone you love”), and was occupied by many improvised flower stalls.

Natureza Urbana proposed a project that provides unity, organization and a better use of the existing free area, in addition to enabling the integration of local equipment such as food stalls, magazines stalls and taxi stops. Previously characterized by a large cemented area and a lack of green areas, the square gained grass mounds to expand the vegetation, masonry bleachers and new space for florists, who now serve the cemetery visitors with more structure. 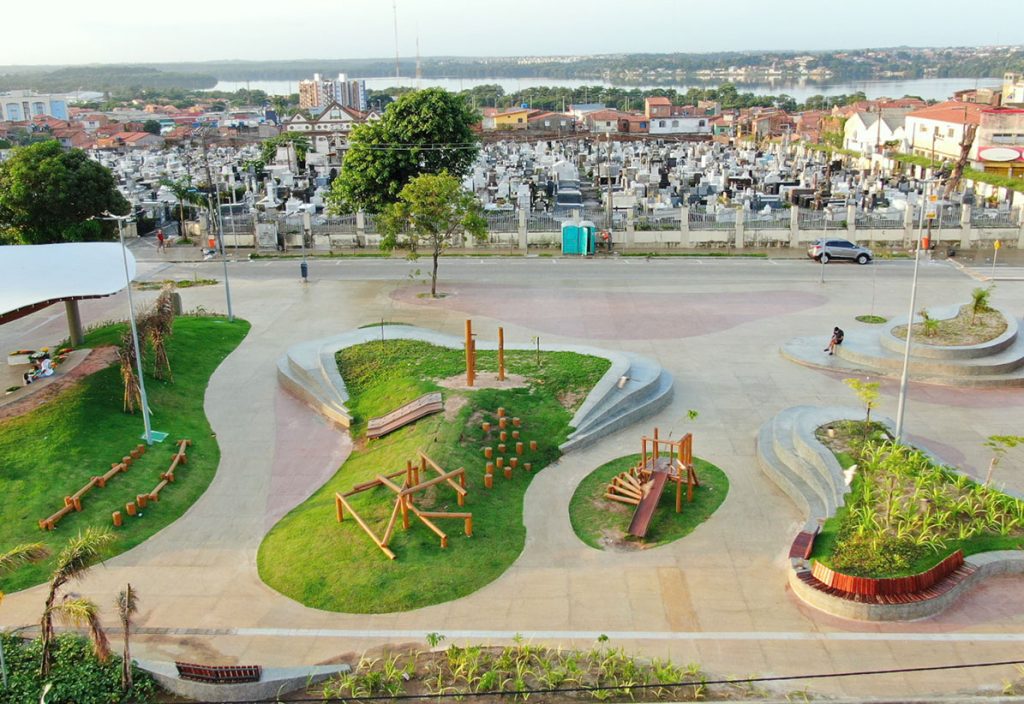 The roofs are made of glued laminated wood from reforestation. Both the roofing elements and the rest of the space have a fluid aesthetic, in reference to the Lençóis Maranhenses’ sand dunes.
At ‘Praça da Misericórdia’, one of the oldests squares in the city placed in front of the Santa Casa da Misericórdia Hospital (where there is a great flow of people), other challenges were faced. Although the place retained some classic design traces of the colonial squares – such as the central sculpture from which trails radiate over the lawns –, the place demanded urgent conservation initiatives. 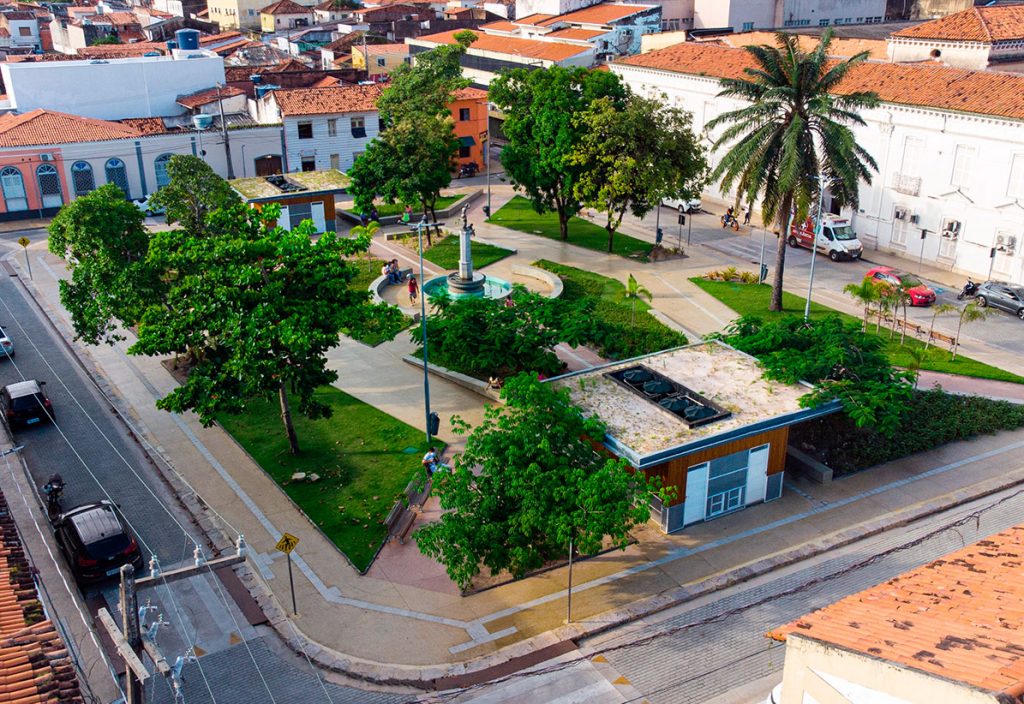 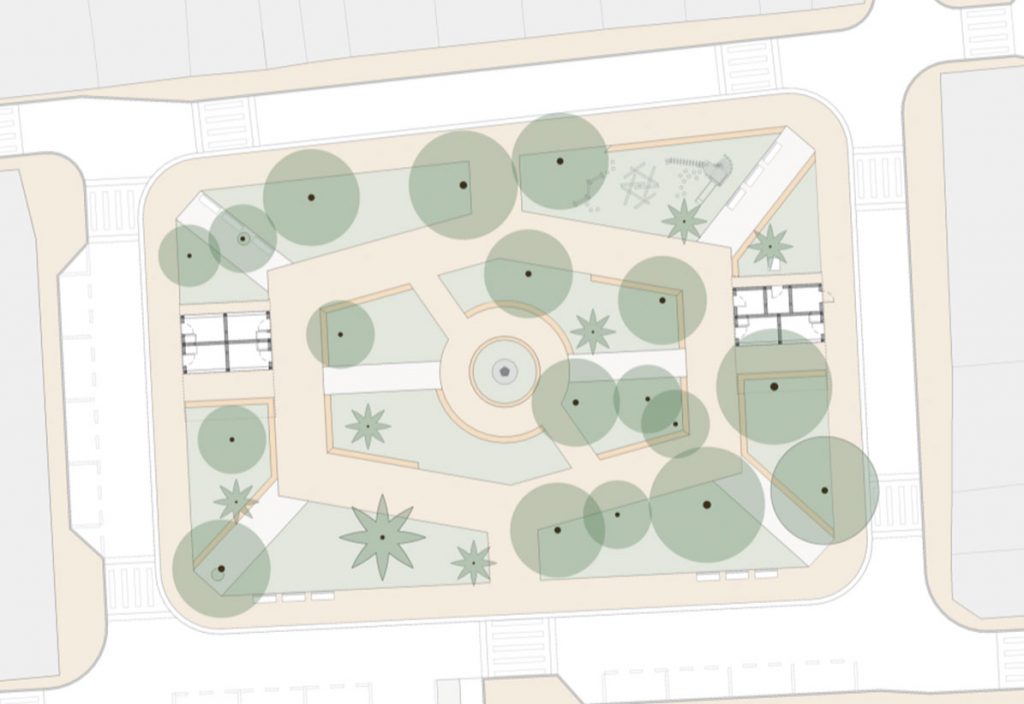 The wall surrounding the perimeter was removed in order to make the area more accessible and pleasant for pedestrians. It was up to Natureza Urbana to propose the replacement of urban furniture, adapt the landscaping
and update the paving, both revitalizing the cobblestone flooring and creating paths focused on accessibility. 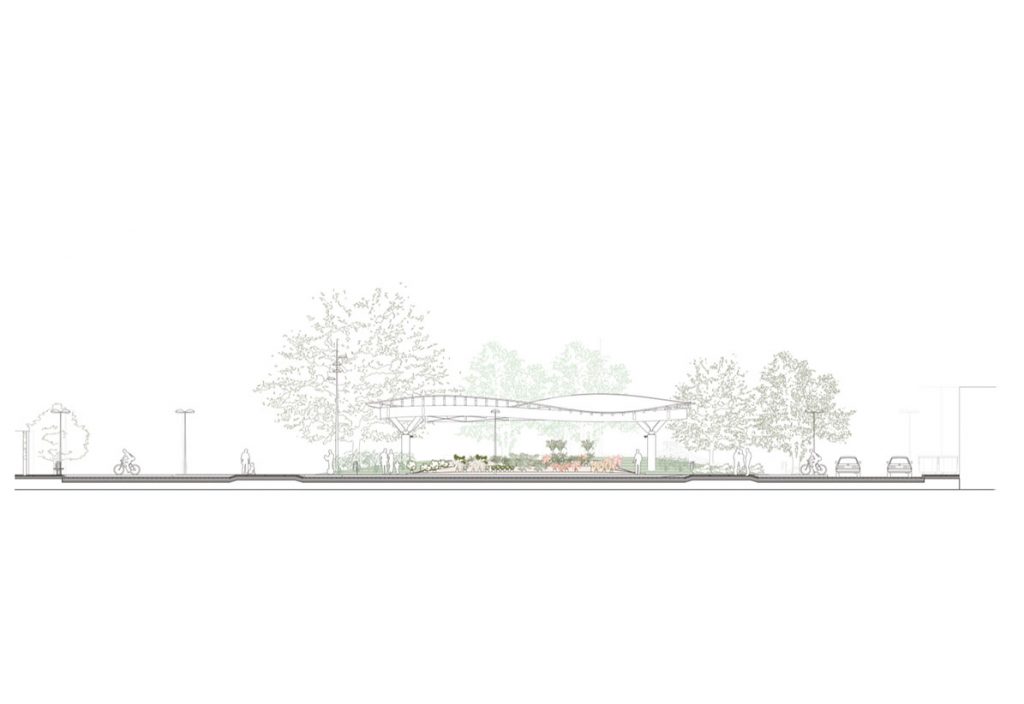 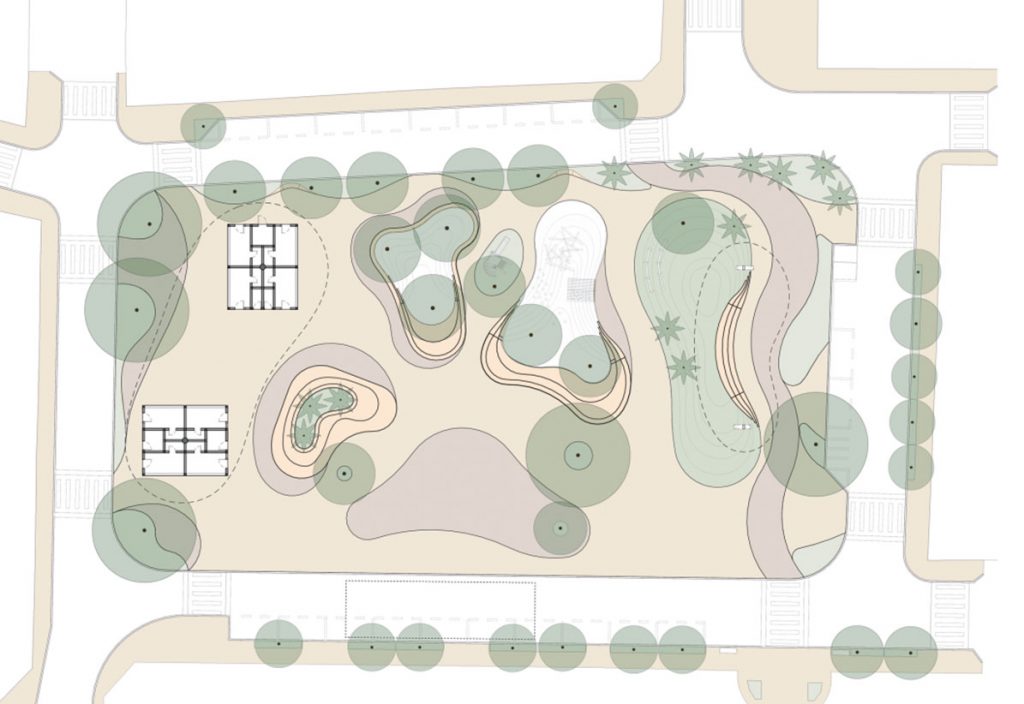 The standardization of commercial spaces where the local workers operate was also proposed.
The revitalization was so successful that it motivated the requalification of the buildings facing the square. As an initiative of the owners, they received improvements and paintings aligned with the new local phase, proving the thesis that urban interventions are a powerful tool for social transformation. 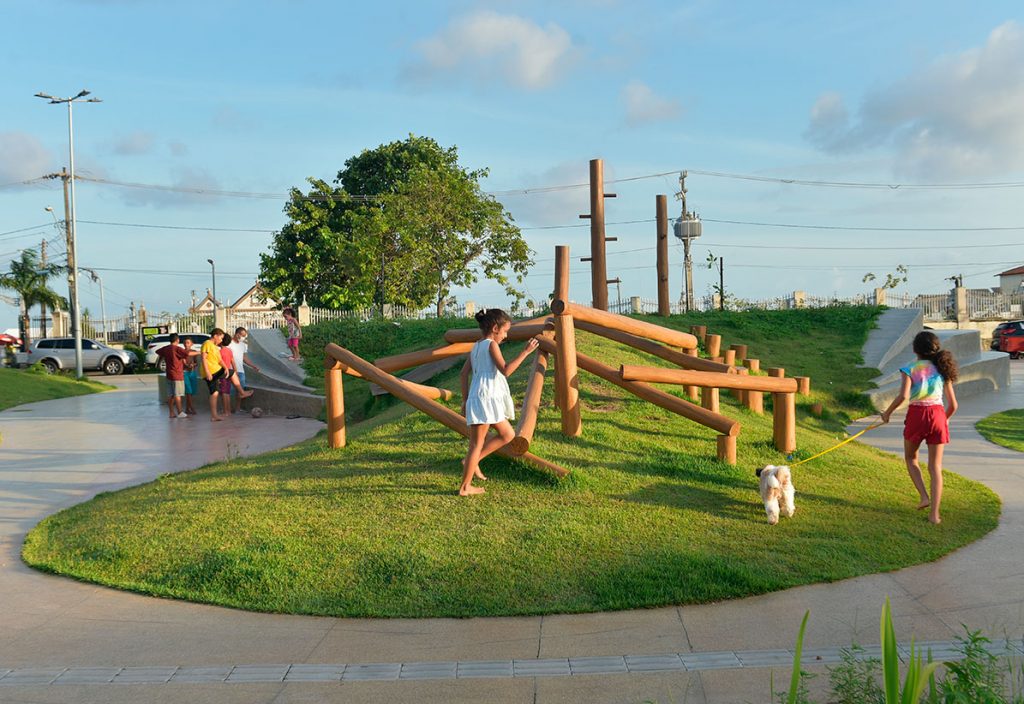 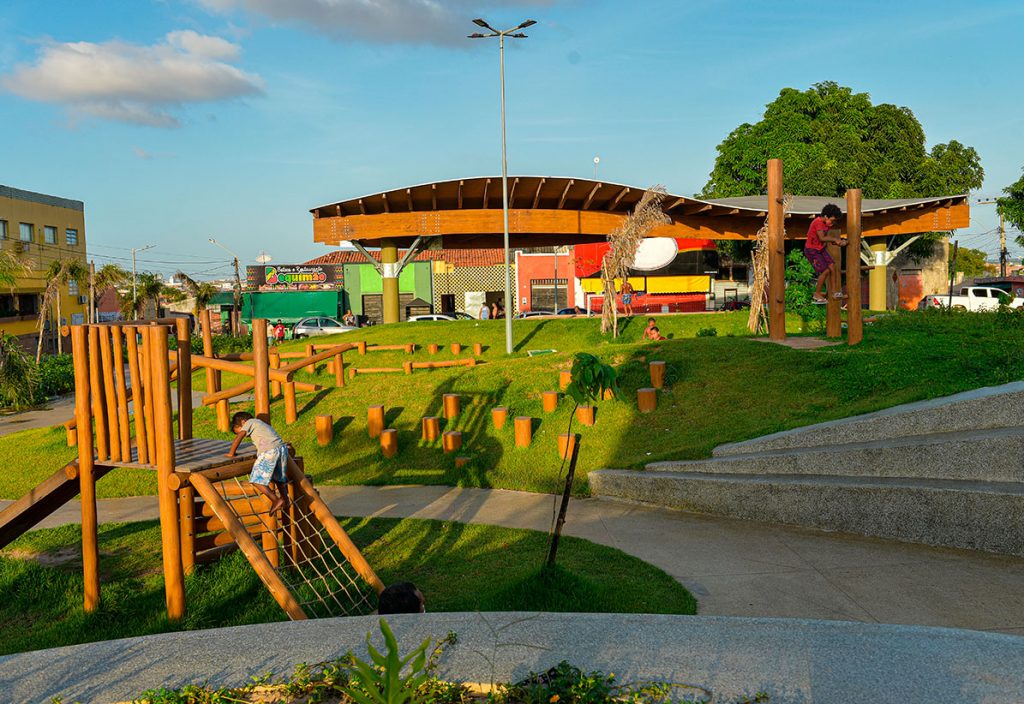