Shared adaptive and symbiotic attitudes as contemporary design practice methodology for coexistence in a time of crisis.

During July 2020, the LWCircus community, composed by artists, curators, architects, landscape architects, photographers and filmmakers, got together to give its contribution among the debate on the “post COVID” design discipline’s future, decided to transform in a crew and to embark in a journey among the Mediterranean sea, between Corsica and Sardinia, re-discovering archaic cultures, places of trade and migrations of people, animal and botanical species.

Once landed in a little island, home for Benedictines on the past, today part of unique La Maddalena National Natural Park, the LWCircus crew, while collaborating with the resilient community of the little island, made by human and not human, started in discussing the civic sense of respective disciplines, then working for the activation of a process for a re-appropriation of memory and sense of place. 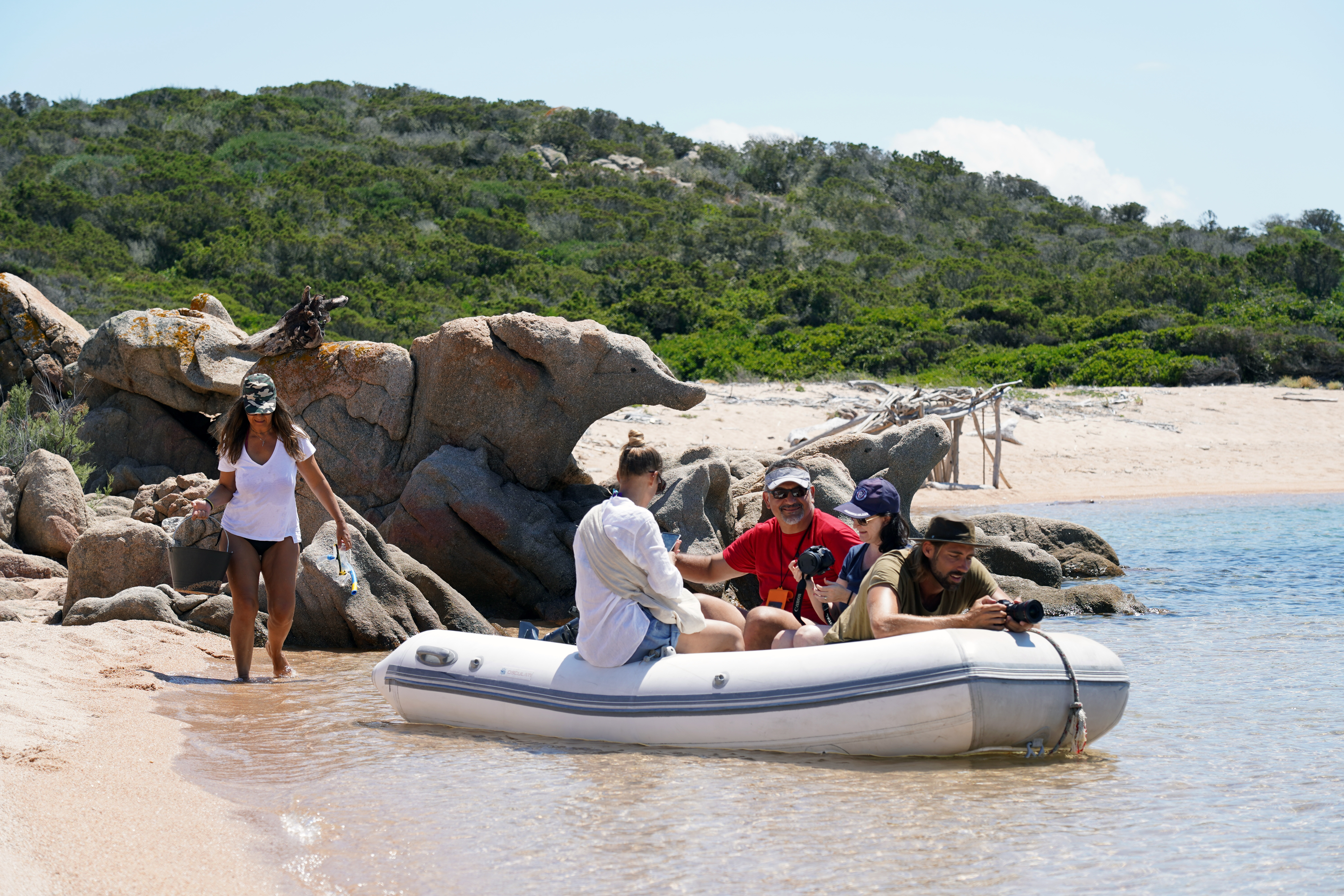 Along the methodological process, the crew, becoming a tribe, put itself in a “listening modality” with the rest of the nature, establishing a connection with the most intimate sense of that place.

Approaching the island, near the beach where they landed, they found a perfect setting: on the right something like a shelter made by an intricate association of an exceptional community of species bearer of an extremely high ecological value (Myrtus communis, Juniperus phoenicea, Tamarix gallica, Pistacia lentiscus, Juncus acutus, Helichrysum italicum, Sedum), in the middle a wonderful clearing, a unique garden made by nature. 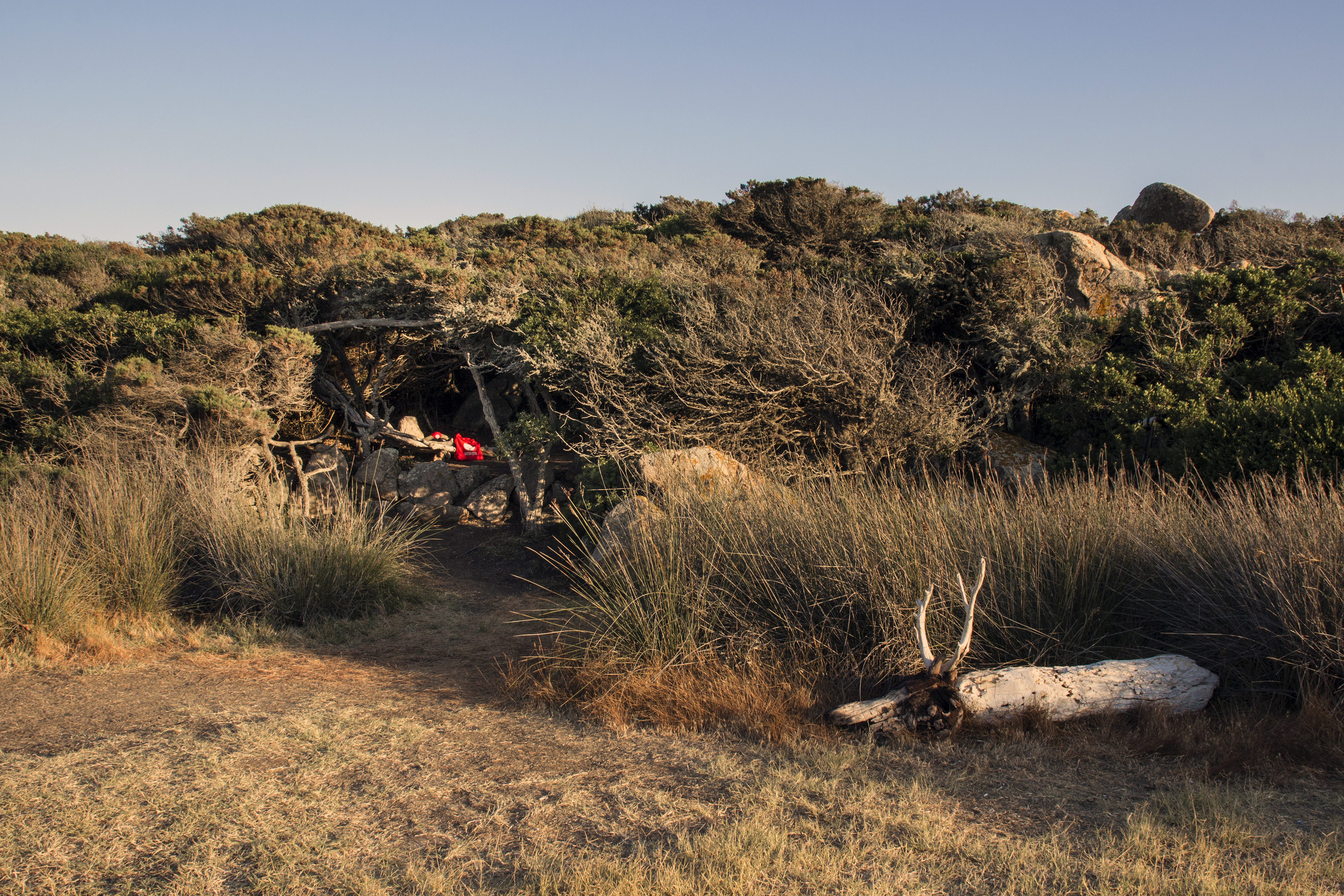 So, the Creative Community decided to slough to cultural prejudices due to their disciplines’ background and started on supporting the vocation of the place: among the darkness of a little intricate forest, the Junipers’ association, attacked by lichens, seemed to speak to them, asking for help.

First, the tribe decided to clean to see how was exactly the space in there: it was like a dome, dark inside (a perfect shelter).

They thought that it was like the dark forest of Dante’s Divina Commedia, as the travel was due to the necessity to re-find their disciplinary references’ right way, then the fortuitous appearing of the dark forest resulted illuminating. 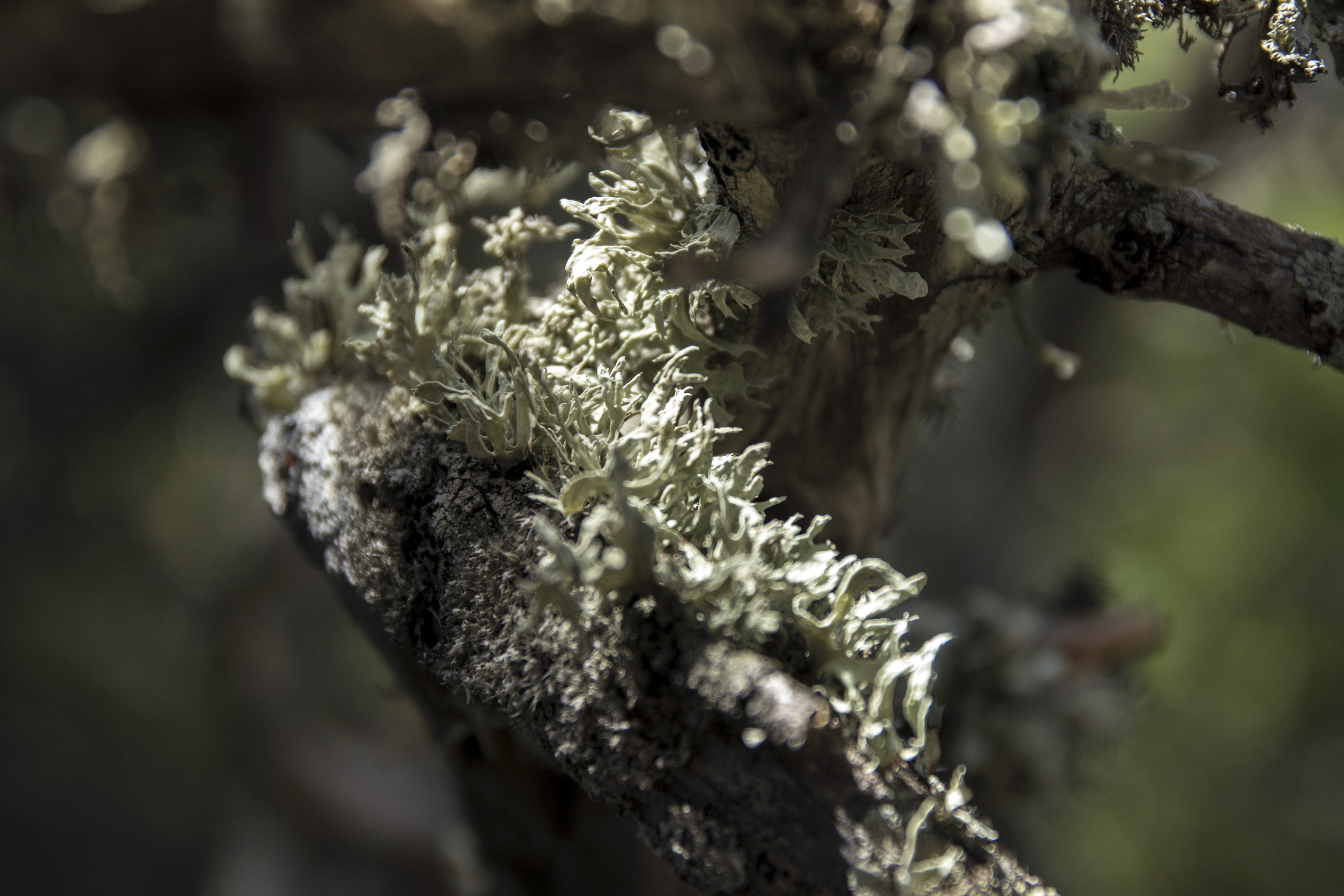 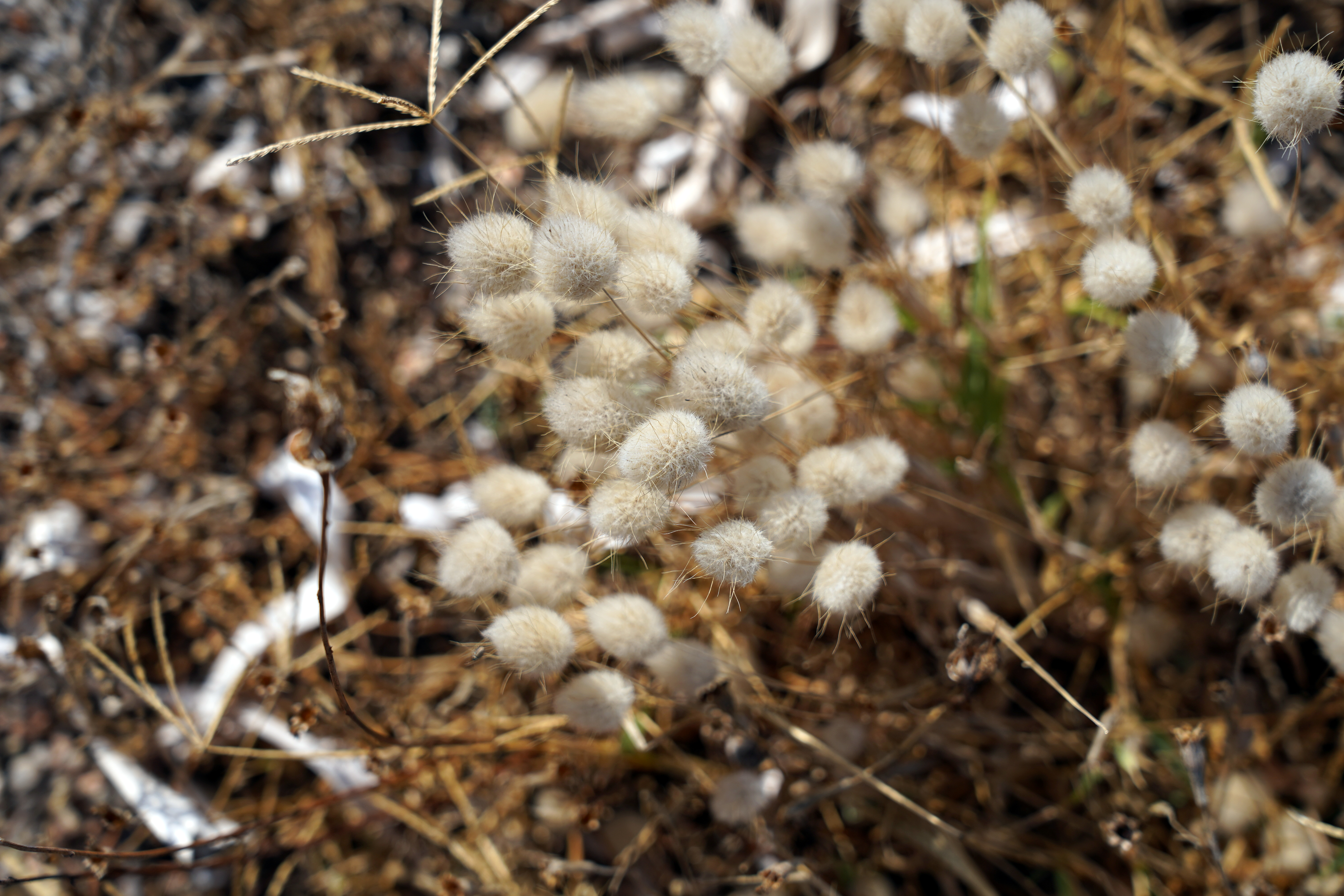 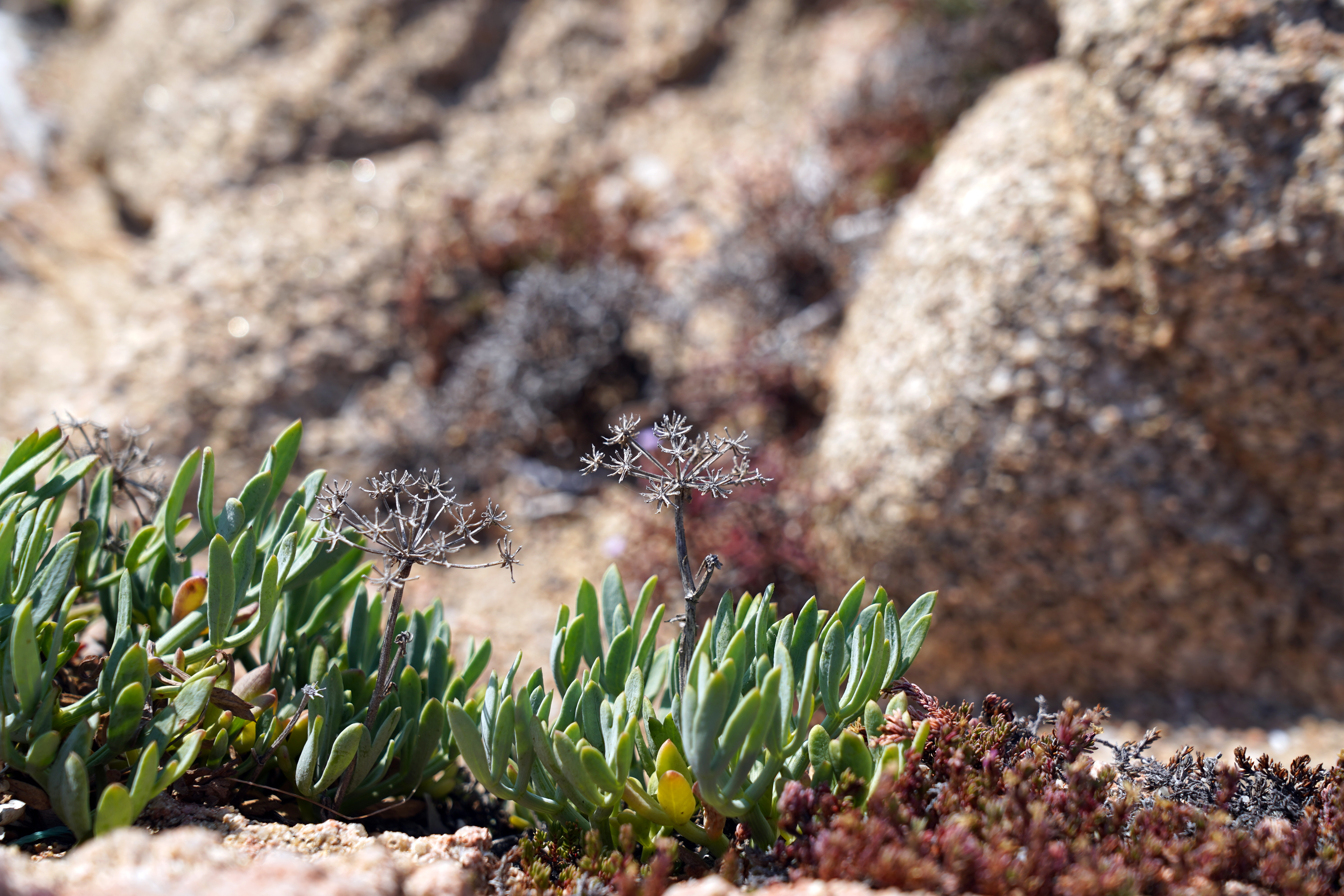 After the cleaning, they observed the characteristics of the place and decided how to proceed. It was a place that suggested how to move: it was a dialogic process, adaptive and symbiotic. So the Tribe decided to proceed working on the empties, acting for subtraction instead of adding things.

Observing the place they noted the suggestions: some open views to the sky and to the horizon (looking at north, the Corsica), more there was a Juniper that was lying in the middle of the space and was suggesting the best position that inspired the space to rest the body and soul. 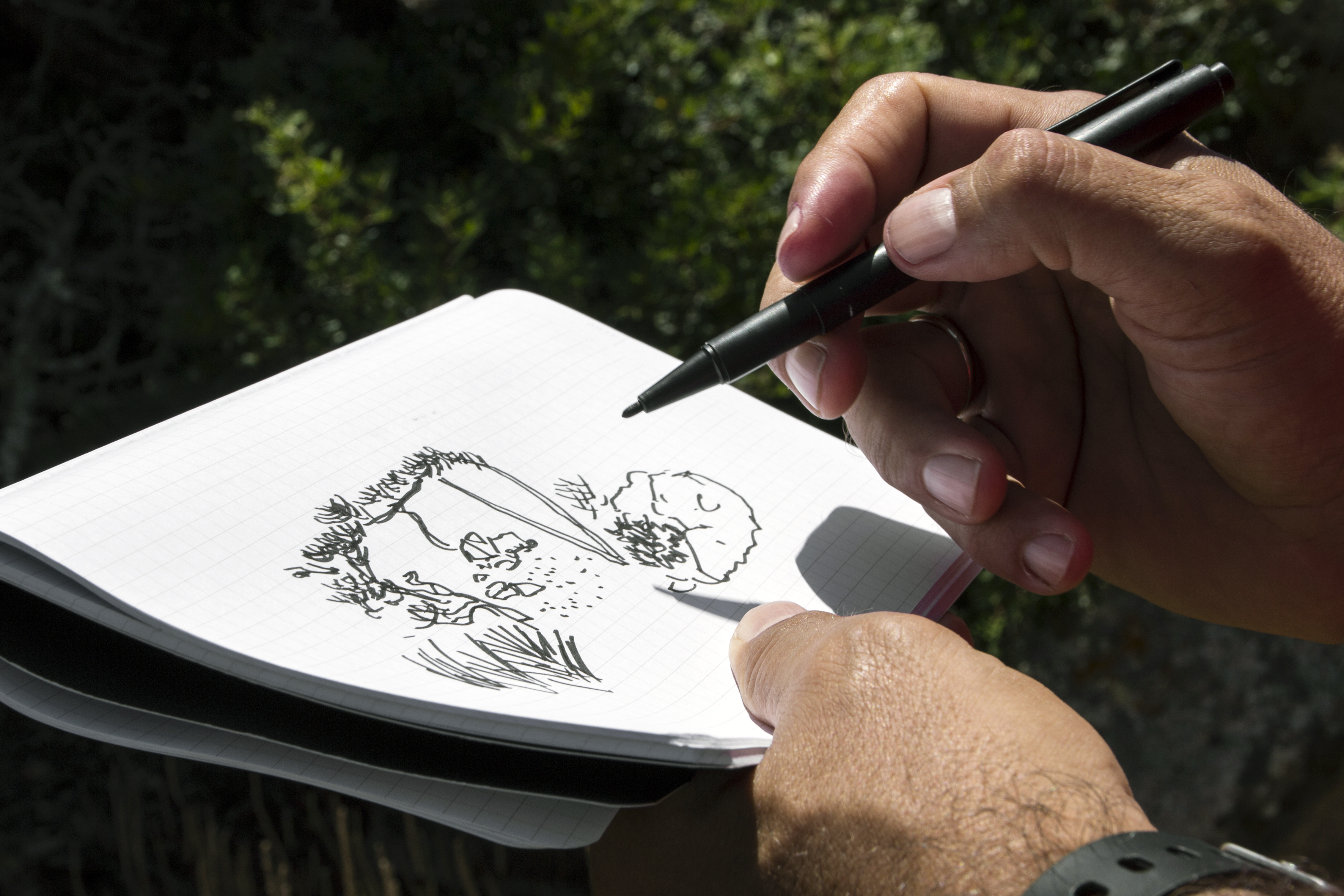 So, they started collecting wood arrived from the sea and tried to find the best solution to create a sort of bed, a place where they could enjoy the amazing “locus amoenus” and contemplate the Universe. From the chaise-longue they saw the openings to the sky, so they worked in delimiting the views, by cutting the edges of the Junipers, making circular openings.

But the very first thing they made was to restructure the entrance. They fortified the threshold, the architrave (branches) and the steps (stones). Lastly, through cleaning and subtracting, they discovered a stone (altar), so they opened the window to the immanent horizon of the sunset.

The interesting aspect of LWC’s crew way of acting, I believe is the recognition in cleaning and making order, as the first act to drive the design methodology. Then they created a living project. They established a dialogic design process, where the aspiration and exigence of the place was followed, helping the naturalness of the space. Thus making choices, driving a future feedback, to give the opportunity to nature to continue in the design process, creating a final result that will be visible during the time. 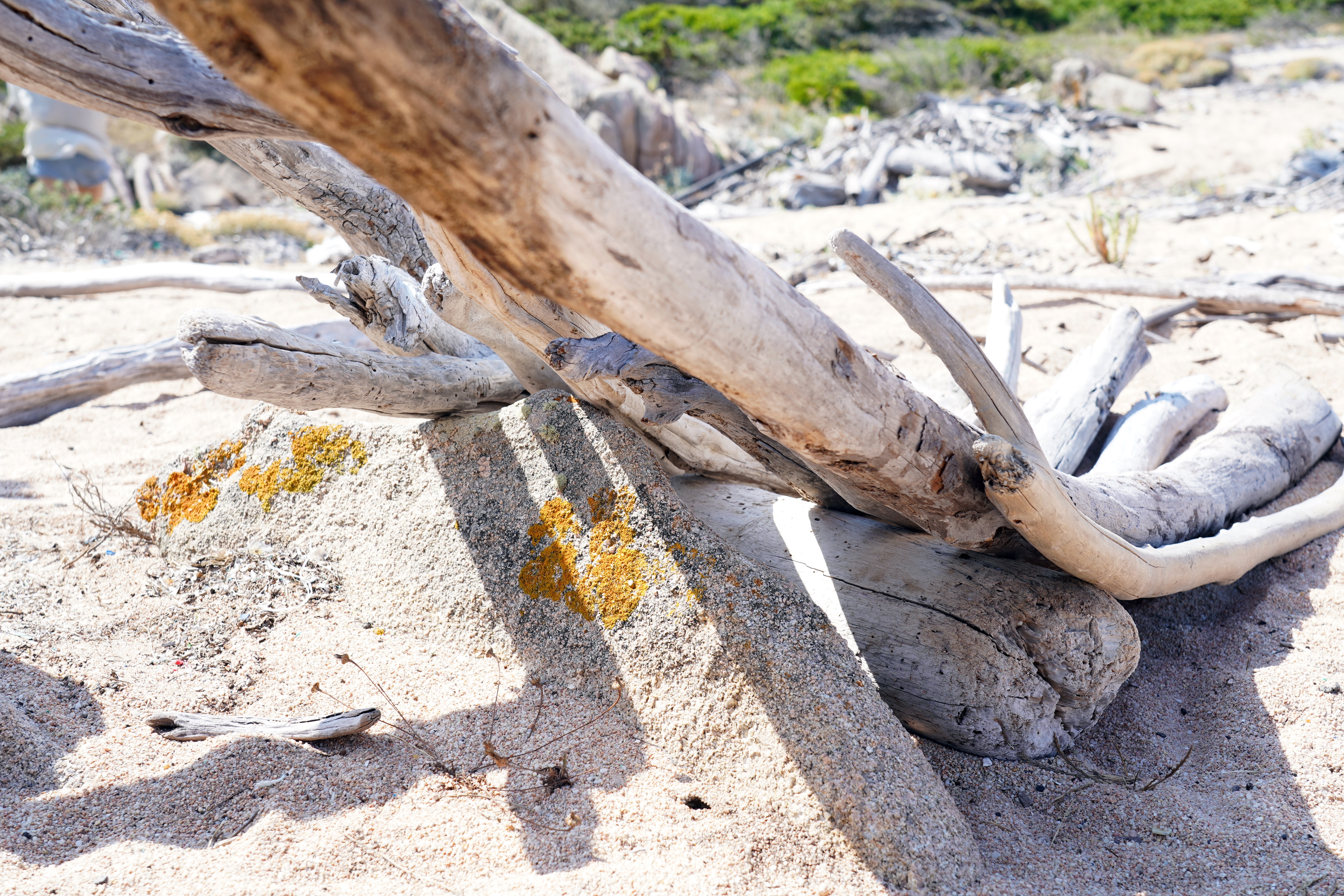 In this sense the project is unfinished and always in progress to another state of temporary equilibrium, giving to the co-creators the opportunity to intervene in a later moment.

During the process of making, speaking often of ethnobotany, they opted for the one that can be considered a “humanist ecology”, where the human beings must be considered part of the “unicum” (the whole system of which we are all part, as living beings), instead of dominant actors.

This way of acting is what seems to be a suggestion for a changing of the paradigm inside our discipline’s method of working: to meet the system exigences, to result as much as possible resilient and in equilibrium with the rest of the system itself. It is a new design methodology that must be listener, adaptive, symbiotic with the rest, to result effectively resilient and try to restore the lost equilibrium, acting with a complete change of direction, where it is necessary to rethink the way of acting and living the planet. 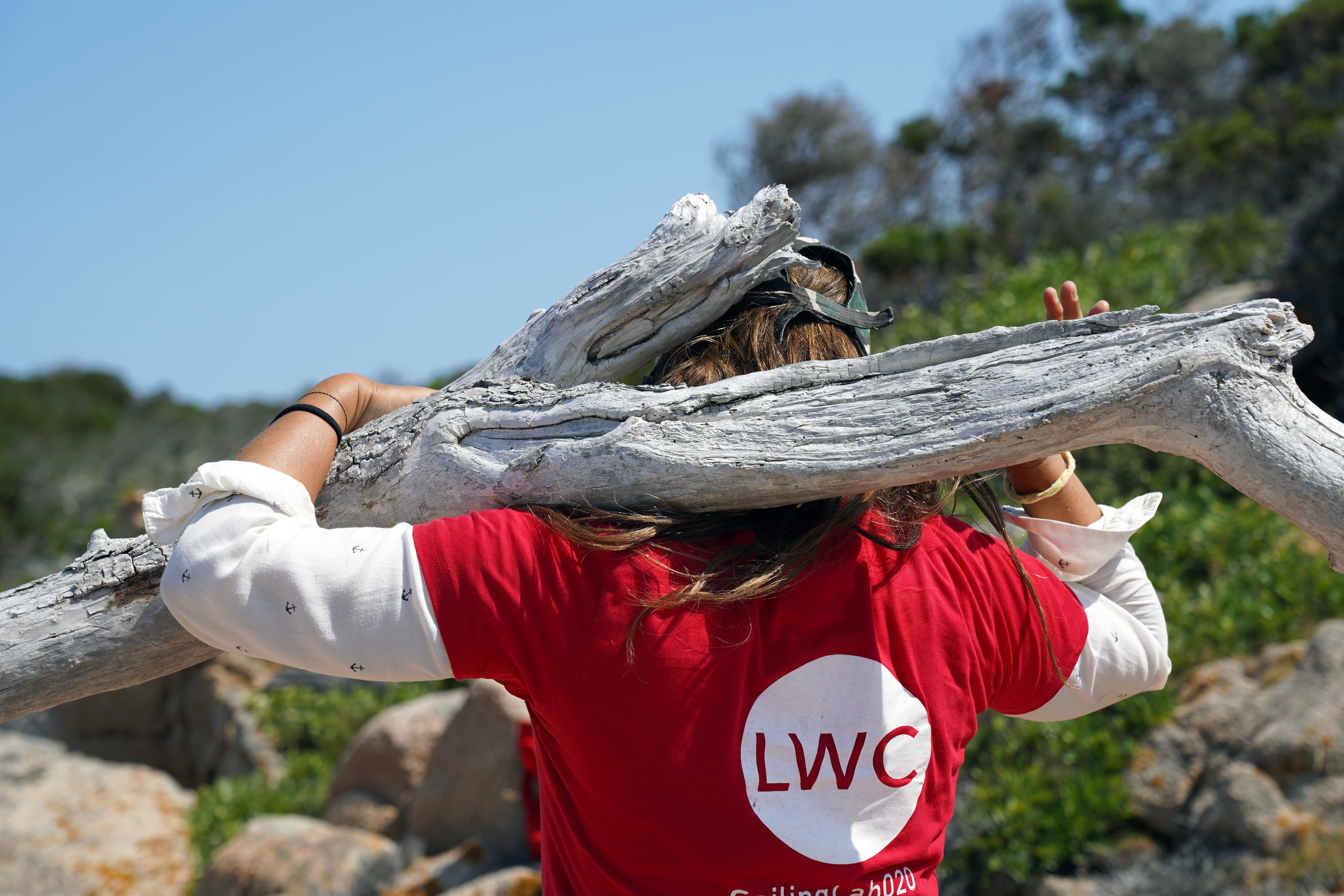