The Vistas Cerro Grande Corridor is a one mile long linear park by 120 feet in width. It occupies a central location in one of the lowest socio-economic level neighborhoods in the cityof Chihuahua, Mexico. Its neighborhood sits at the eastern foothills of the most iconic and centrally located massif, the Cerro Grande, in the valleys occupied by the city.

The corridor is, however, behind the mountain as on the other side lies the historic downtown. The corridor is far away from the areas of high income and better living standards of this border region economy city.

The project’s initiative was of note since its inception as the corridor sits in a relatively difficult access area, making it invisible in the collective map of most of the population.  The area is known to be of great marginality, unpaved streets, lack of public services, lack of public spaces, and a perception of insecurity. 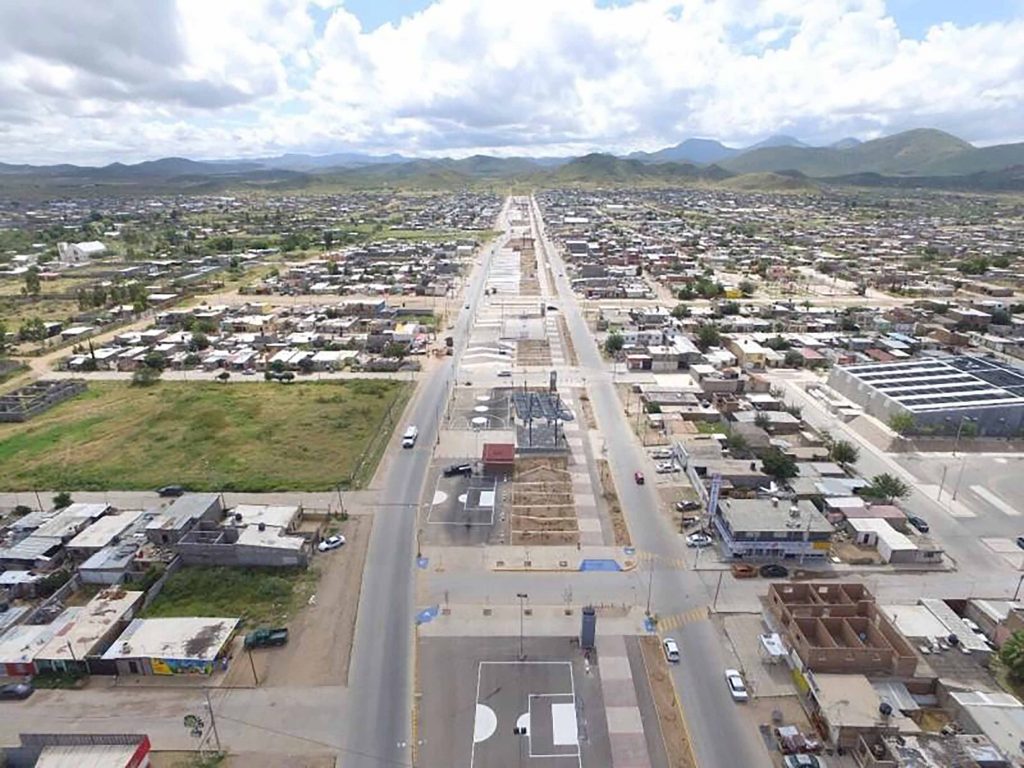 This corridor was in fact a latent centrality, as it lacked any physical infrastructure other than dirt. The corridor was already identified in the urban plan of the city as a linear green space, but there was no other specification to work with in the plan and in the technical terms provided for the commission.

“The project has important social significance: it has delivered a public space of unprecedented quality, investment and scale in the area.”

LABOR Studio found there was insufficient information to provide with a park’s program. The first site visit received the studio members with a vibrant and intense weekend market employing the width and length of the corridor to make up for the lack of established commerce and services in the area. Known as “tianguis” in central and southern Mexico, the market intensified the volatilization of dust, a public health issue during spring windstorms, while delivering a diversity of goods for a population who would otherwise live in a food and commerce desert. For our studio the Project became a laboratory for the exploration of citizen participation and governance model for decision taking on issues concerning public money, space and infrastructure. 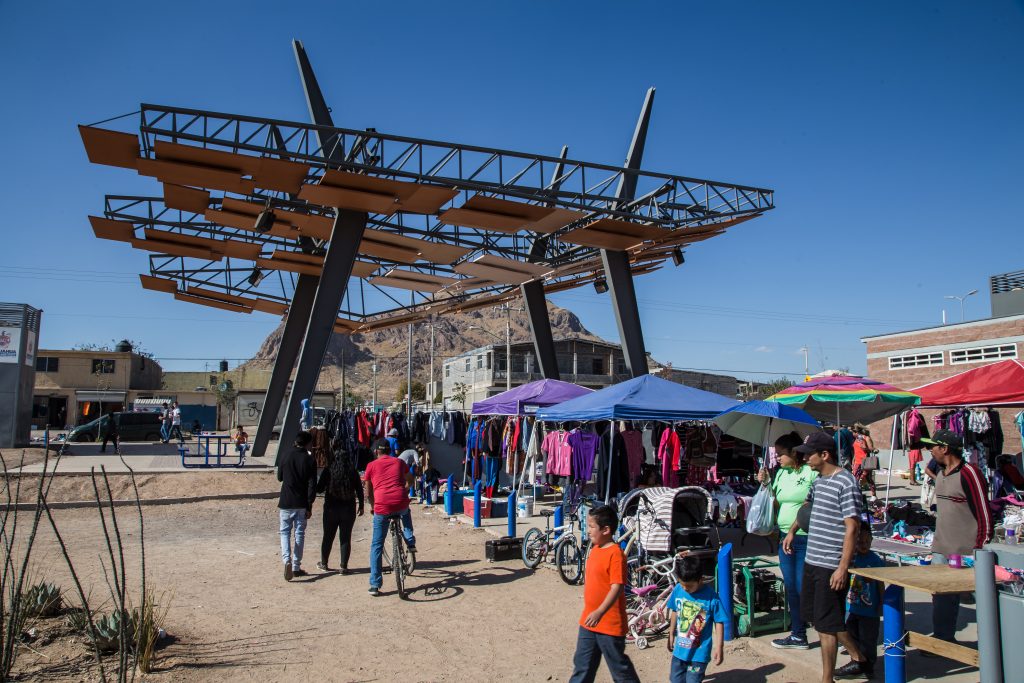 Every weekend, the public space receives hundreds of merchants and buyers, exchanging a wide variety of products that include new and used clothing, tools, toys, among others. Photography: DELFOZ (Enrique Portillo)

LABOR Studio collaborated with Espacio Colectivo (Collective Space) in the planning and implementation of a community dynamic to identify and validate the park’s program.

The results clearly demonstrated the lack of public lightning as the critical deficit in the neighborhood as it was understood as a direct cause for a high perception of insecurity. The one other obvious request was to leave the weekend market in place.

As a result of this community process, the spatial organization of the design was decided on two general trajectories: a longitudinal and a transversal. The latter organized nodes with covered/shaded community spaces, playgrounds, and sports facilities, with locations determined by transversal intersections with other streets. The former divided the corridor in a series of parallel strips. From west to east: a bike-lane, a walking and running path, a gardened and land-formed strip (with xeriscape 1)

to inhibit the spillover of vendors on the gardens and protect soils and plants. The widest strip was designed with the capacity to harbor the weekend tianguis while doubling as recreational and sports areas during weekdays. 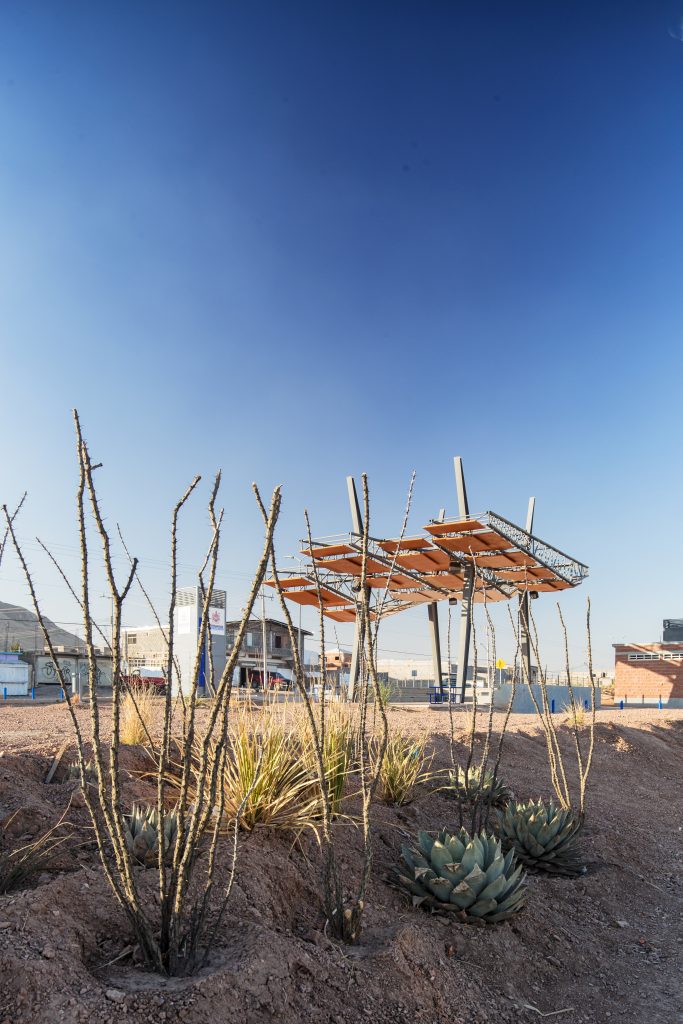 Xeric species available in local nurseries were selected by the designer and the client. Photography: DELFOZ (Enrique Portillo)

1 Xeriscape is a practice of landscape design for arid and semi-arid zones that reduces or eliminates the need for irrigation, thus promoting water conservation, by following seven essential principles: appropriate planning and design, soil improvement, the selection of drought-resistant plants whose natural requirements are appropriate to the local climate, practical turf areas, efficient watering, use of mulch, and maintenance. 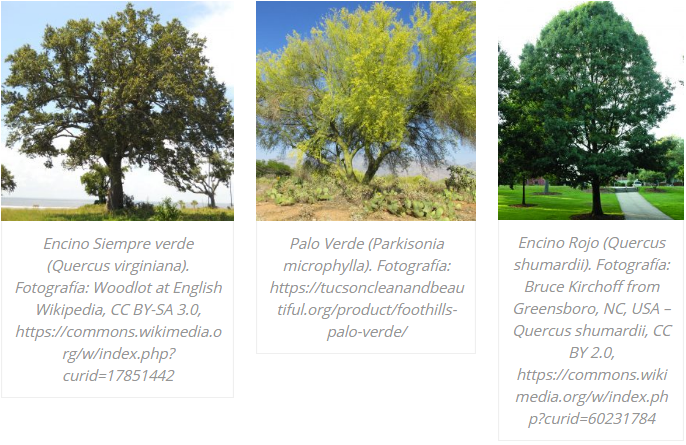 Some of the arboreal species planted in the site.

The project has performed successfully, with important social significance. It has delivered a public space of unprecedented quality, investment and scale in the area. It has been appropriated by children, teenagers, and adults for recreational, social, sports and family life, as well as the market vendors in an orderly manner, which contributes to enrich the use of the area that was previously a plain. 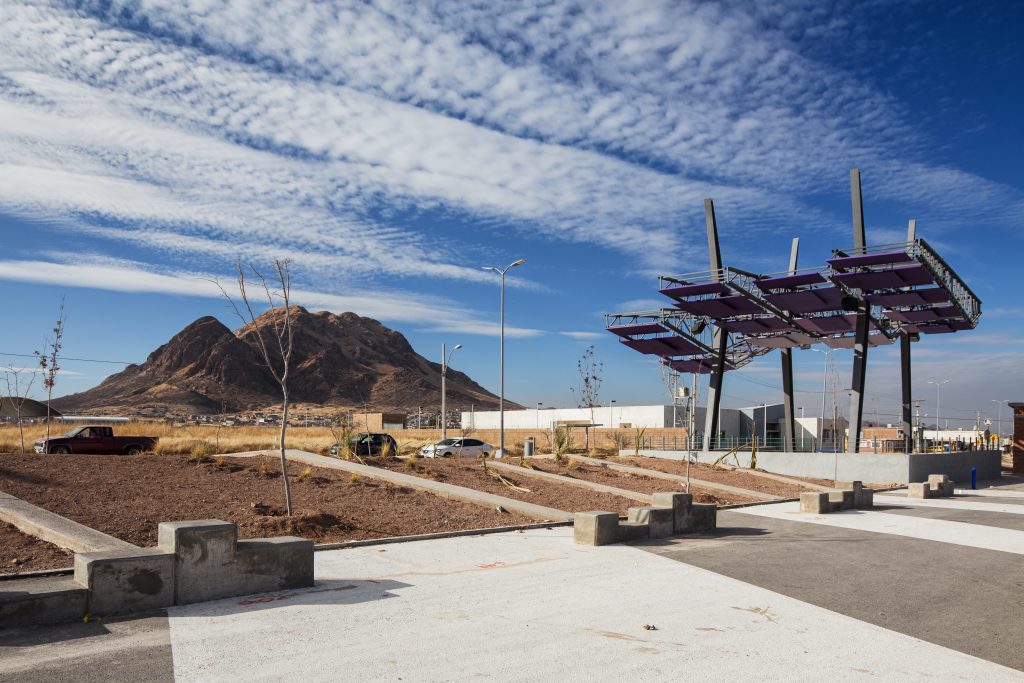