This house was designed for a married couple with young children. It is located on the Yucatán coast, on land that previously belonged to the Uaymitún farm. The land is densely vegetated with local plant species and incorporates the coastal dunes. It is connected to the main road at its rear and has splendid views; when the house was built there were no neighbors. 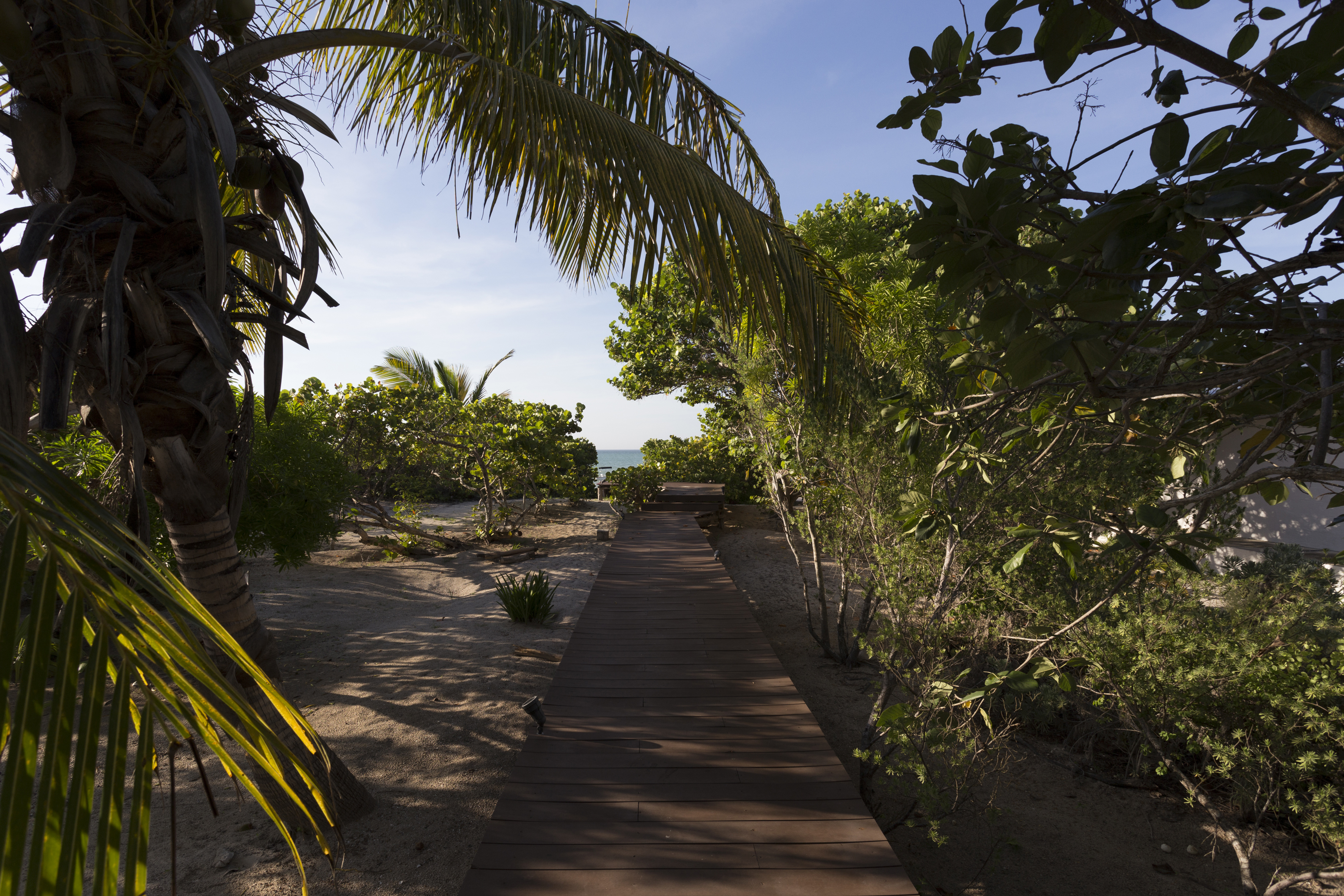 All pre-existing vegetation was preserved, a small dock was built as a totally handcrafted pathway made with eco-friendly materials to create a route to welcome people to the beach and to keep the house almost invisible from the sea.

The composition is completed by the beaches of Uaymitún: a pleasant surprise at the end of your walk through the pathway. 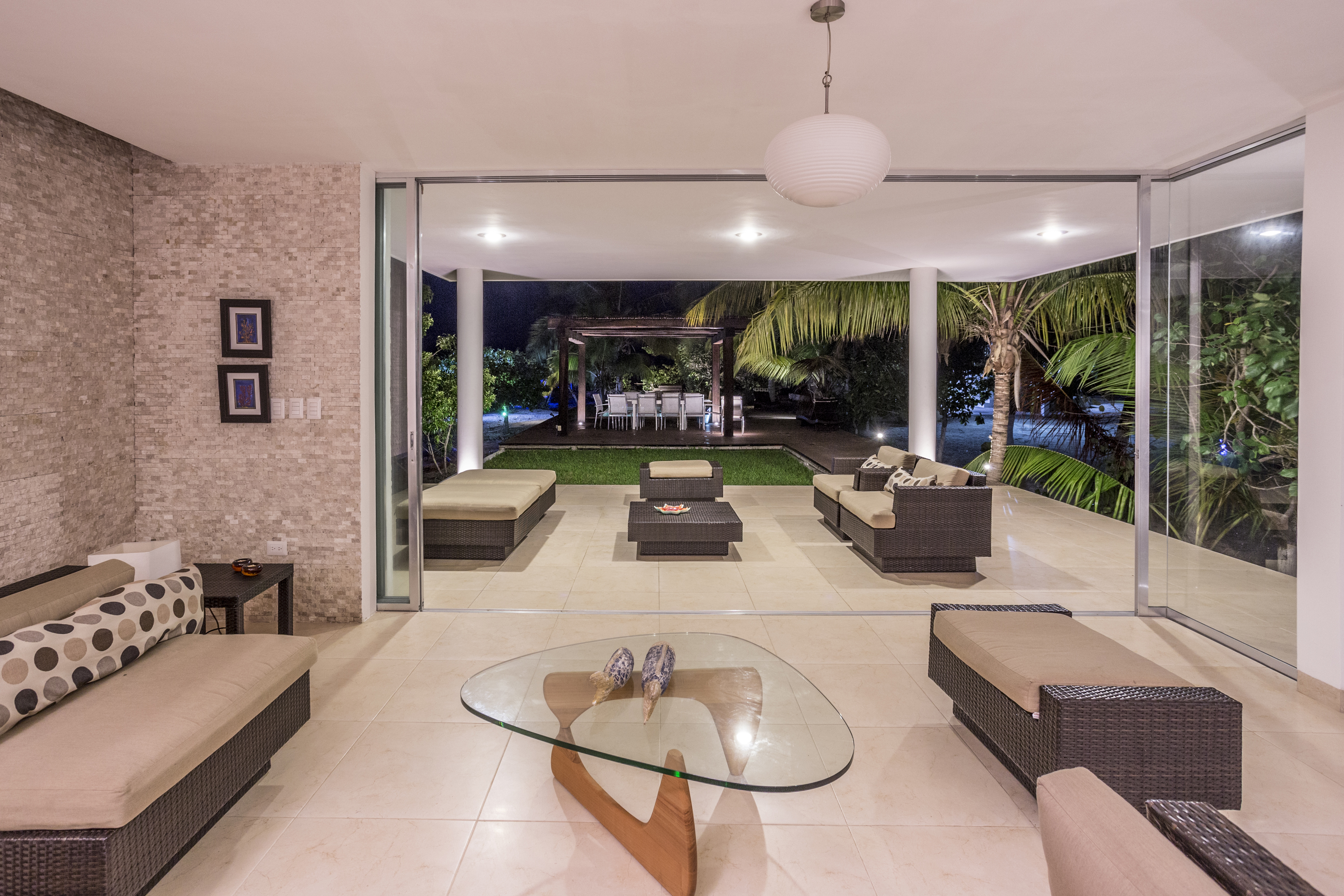 View from inside the house
Photography: David Cervera 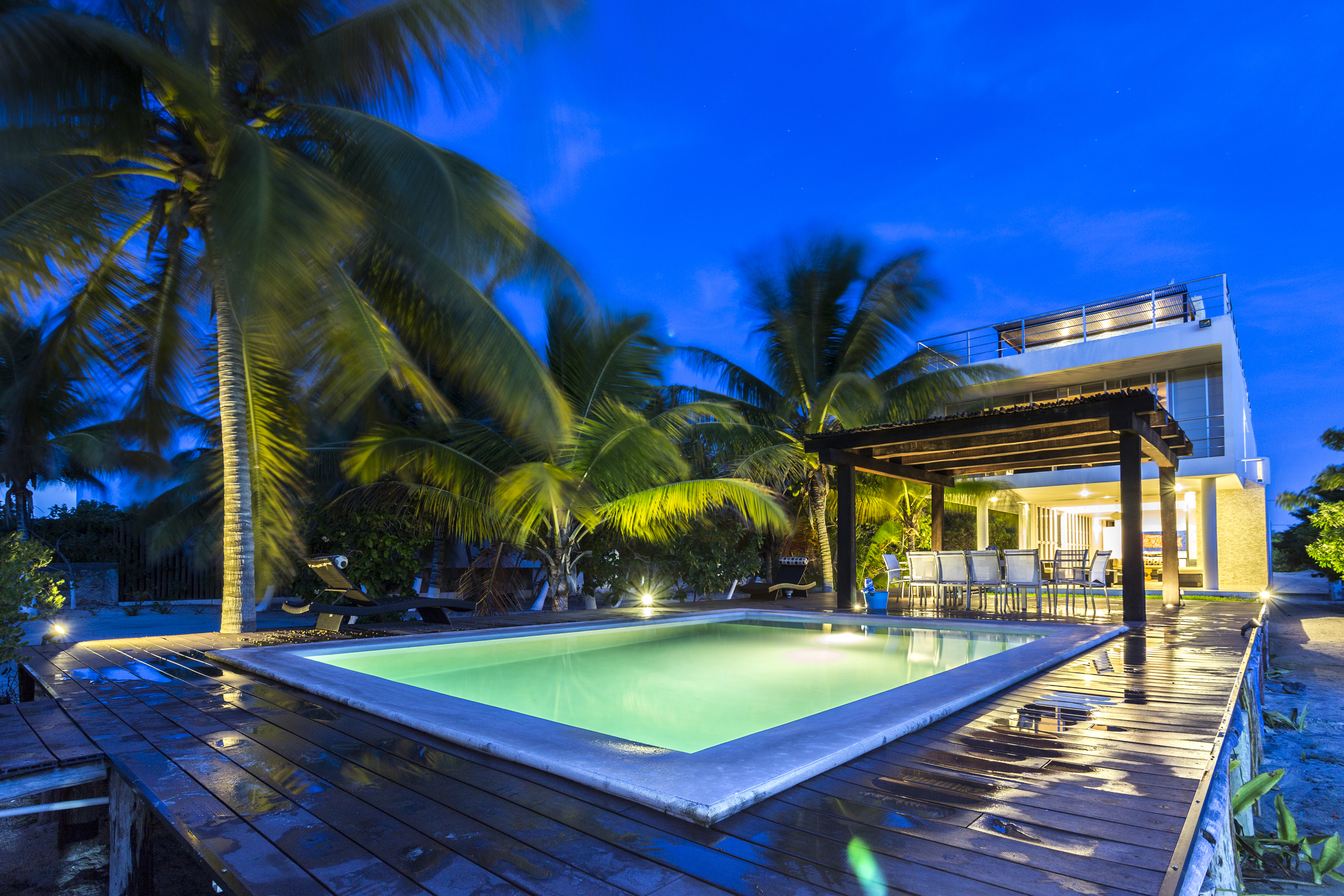 Another idea was to enhance the views from the third floor. A decision was taken to continue the vertical circulations to provide access to the rooftop and create another communal area, one with breathtaking views for miles around. The prisms have a contrasting material quality.

The lower one of stone gives the sense of its load-bearing capacity, as found in the foundations of houses in Yucatán. The upper prism (white), displays its purpose of being sustained. The volumes’ appearance emphasizes the ideas behind the house’s original concept. 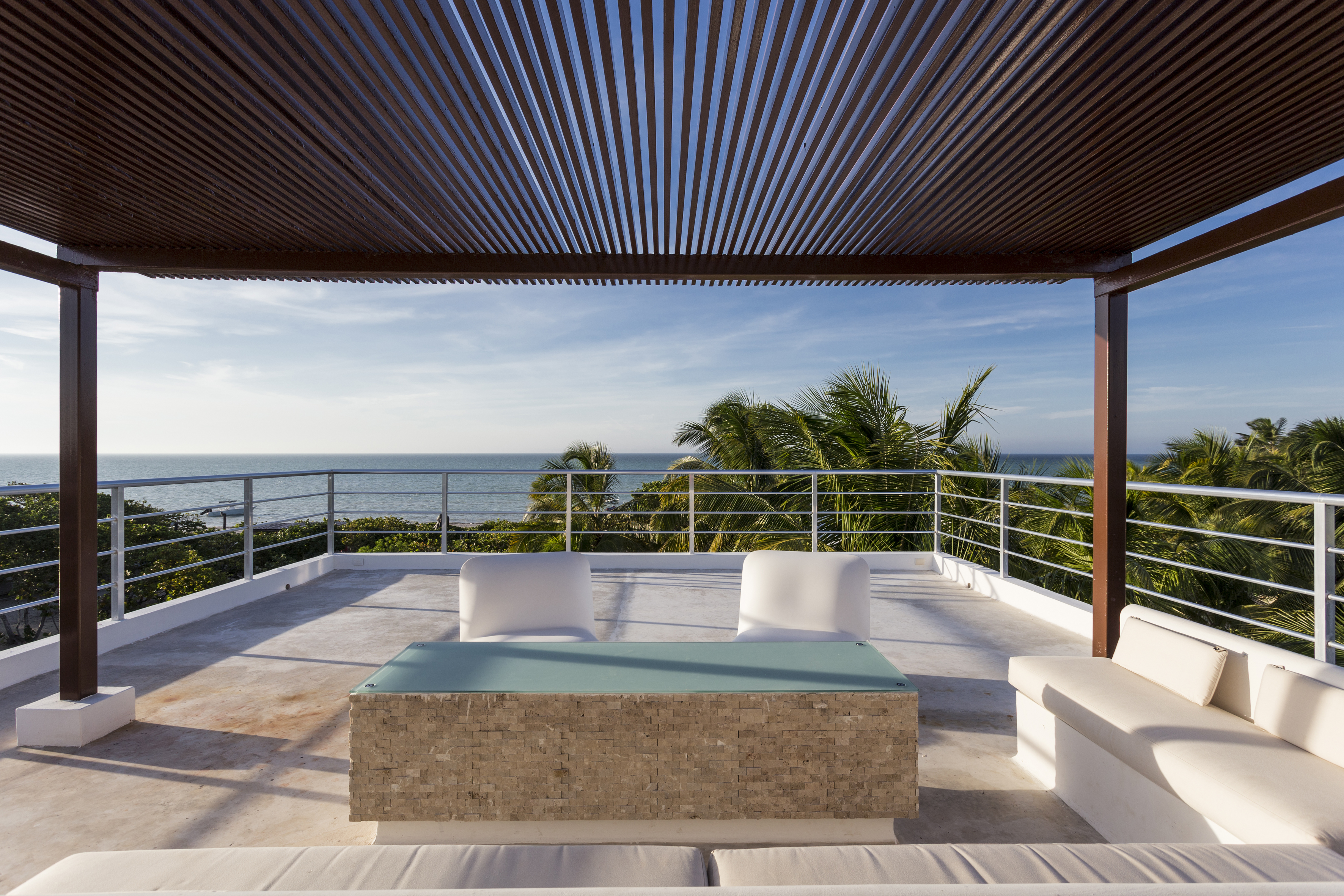