The Seascape in Art

The Seascape in Art

The sea has been a great source of inspiration for many artists throughout history, but where some have seen reasons for peace and tranquility, others have expressed how violent and deadly it can be.Since the early 1800s, when many people were engaged in maritime trade, the sea was portrayed as a place of care and of changing temperament, the paintings were a reflection of the fear of going out to sea and never returning back, most of the paintings that portrayed the sea showed storms and boats being destroyed, or even fighting with the impossible waves that the sea gave to them.

You might ask, why would anyone want a painting that represents something so horrible? The answer is in the victory over the sea, and that glory is something that everyone wanted to be contemplated by their guests. 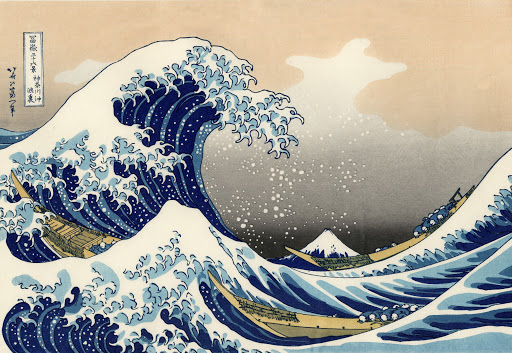 The painting “Stormy Sea” by Marcus Larson from United Kingdom, is an example of 19th century art portraying a sea on the attack. When we hear the word “sea” our minds go straight to blue colors, in this painting we can only find warm colors, giving more strength to the idea of danger, the ship in the middle of the composition surrounded by bright colors gives the feeling of struggle and victory over the sea.

Using a completely different technique, but with the same theme of an attacking sea and ships fighting against it, we can find the famous work of Katsushika Kokusai originated in Japan, with his stamp style so clean of the waves has achieved that almost 200 years from its creation, this postcard is still present in our environment, either as an inspiration for logos, video game backgrounds or as an emoji on our cell phone.

By the end of the 19th century, the creation of new pigments gave artists the opportunity to leave their studios and paint outdoors. This, among other factors, led to the arrival of Impressionism, characterized by the attempt to capture light and the moment, the stories of shipwrecks and storms are left behind, and artists paint what they see and feel in the moment, with a softer color palette and a technique without defined lines. This new era brings us works of seascapes with concepts of peace and sobriety. 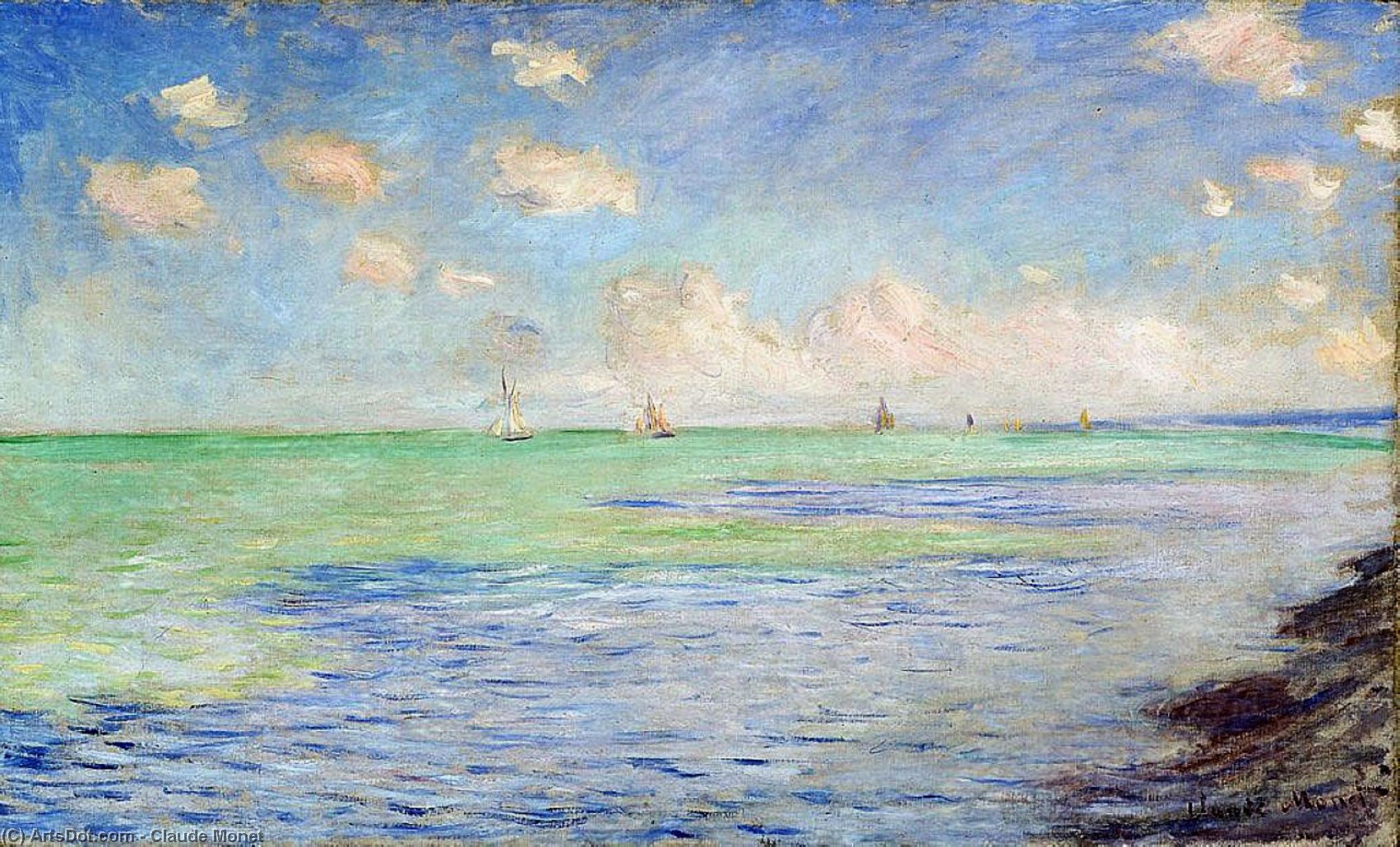 The Pourville Sea (1882) by Claude Monet, Chicago Institute of the Arts

A post impressionist and eventually expressionist is Vincent Van Gogh, in his work “Starry Night on the Rhone” he shows us the sea in a romantic and even fantastic way. With the challenge of painting the night, in this work he captures the reflections of public lighting on the water, creating a new interaction of the natural and the artificial, unlike the old maritime paintings.

With the twentieth century new trends arrive, the sea is still a source of inspiration, but now it becomes part of a concept, the sea itself is no longer the protagonist but rather the idea of what it represents, for this we have many surrealists painters who play with this in their works.

There is no better surrealist than René Magritte, the Belgian painter takes the idea of the sea and turns it completely, in his painting “The wonders of nature” the conventional form of the mermaid, a creature with a human torso and a fish tail, is transformed in the shape of a fantastic creature, even moreunreal than the mermaid herself. 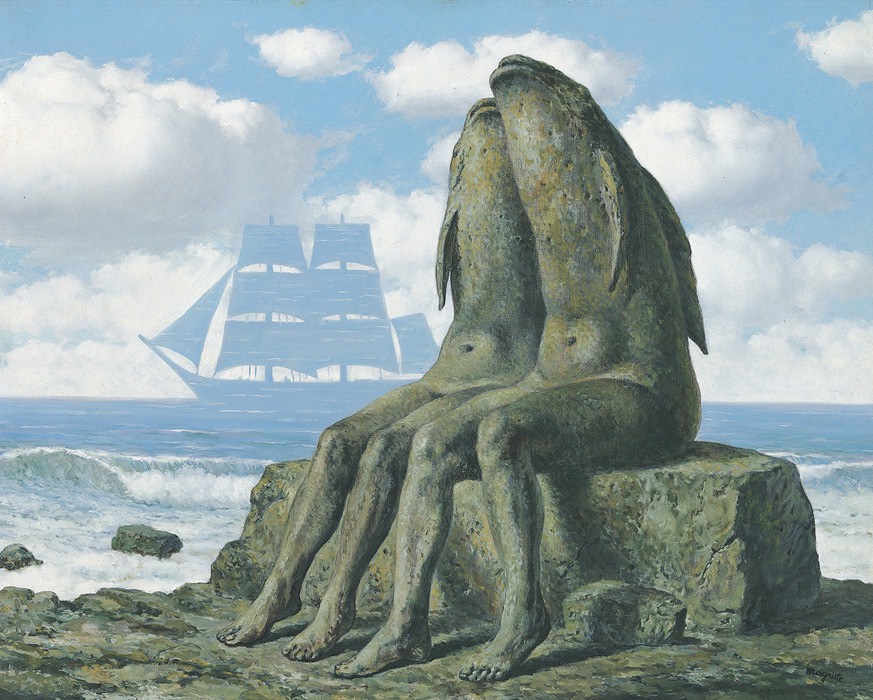 The wonders of nature (1953) by René Magritte, Pompidou Center in Paris

Entering the 21st century now we find a radical change when we think about the seascape, our source of blue inspiration has been threatened by human pollution and artists from all over the world are using their art to make the problem visible. But not only the concept of the sea has changed, the techniques used to create works that move us and create awareness have also changed.

In the end the paintings and the artists evolve and respond to the times they are living, we can find the idea of the sea as a constant, but at each stage of its history it will provide a different inspiration to each artist. 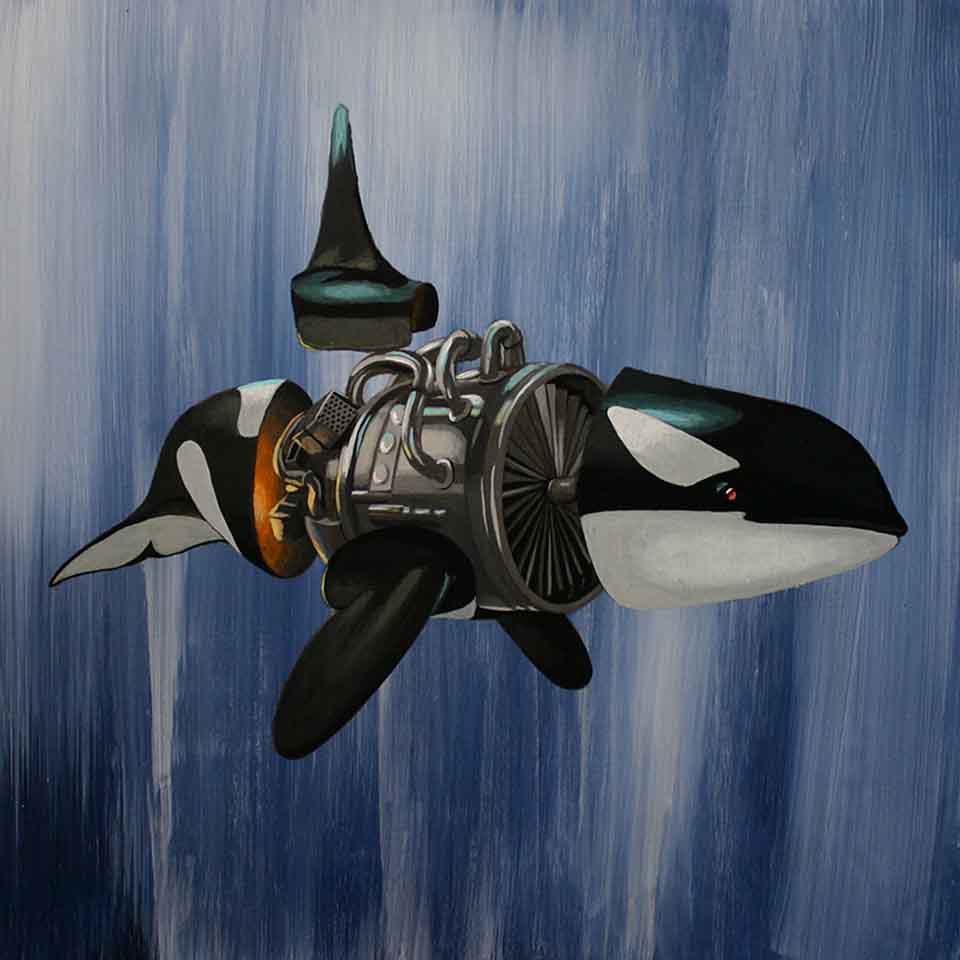