The nature of Mexico: a vision of the explorers

The nature of Mexico: a vision of the explorers

Mexico’s natural resources are a source of products, environmental services, well-being and identity. To date, 182 natural areas have been decreed at the federal level, representing 4.60% of the national territory. Also, although much has already been mentioned, the country’s biodiversity represents the number five worldwide, which gives Mexico a strong responsibility in the face of the challenges of global climate change. 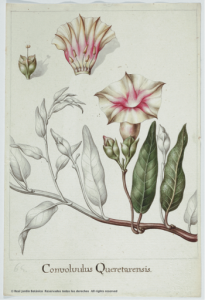 Historically, all this wealth was widely appreciated by locals and foreigners who had the mission or willingness to travel the country. An explorer can be defined as a person whose objective is to analyze and obtain a way of understanding a territory and its ways of life.

Although this article is not intended to make an exhaustive chronological list of all explorers, here are some significant cases, reflecting on how their particular visions speak to us of a way to interpret nature culturally. Among the first expeditions to New Spain, include those made by the physician and botanist Francisco Hernández de Toledo (1517-1587).

It was commissioned by Felipe II to make the Natural History of the Indies, a compilation of medicinal flora in America, a task he undertook from 1571 to 1576. A few centuries later, between 1786 and 1803, the physician Martín de Sessé y Lacasta (1751 -1808) and the botanist Vicente Cervantes Mendo (1755-1829) would head one of the most ambitious botanical expeditions in New Spain. They were accompanied by Mexican scientists such as José Mariano Moceño (1757-1820), Anastasio Echeverría and Godoy, among others, in the task of collecting specimens of flora and fauna (Il.2). During the nineteenth century, different scientists, adventurers and artists undertook various trips in order to document the Mexican territory.

In first place, the German geographer and naturalist Alexander Von Humbolt (1769-1859) made an expedition through America, in which he visited what today would be Mexico between 1803 and 1804. He published 13 volumes of his book Journey to the Equatorial Regions of the New Continent between 1816 and 1831. In them, he describes in detail the provinces of New Spain, its nature and particularly its orography, taking a special interest in the measurement of mountains and volcanoes.

Some years later, the American writer and diplomat John Lloyd Stephens (1805-1852) and the architect – cartoonist Frederick Catherwood (1799-1854), undertook a trip towards the intertropical America. Between 1839 they explored Central America and southern Mexico, particularly interested in archaeological sites. This trip gave as result the well-known book Incidents of travel in Central America, Chiapas and Yucatan, published in 1841. The engravings of the pre-Hispanic structures lost in the jungle made by Catherwood, accompanied by the eloquent descriptions of Stephens, aroused undoubtedly the interest in this region of the world.

Later, between 1857 and 1886, the French archaeologist and photographer Desiré Charnay (1828-1915) made numerous trips to Mexico, in which he documented a diversity of archaeological sites and their surroundings. At the end of the 19th century, the Mexican painter José María Velazco (1840-1912) devoted a large part of his work to representing the landscapes of his country. In an era in which historical representations and easel painting were the most common, this artist was able to find in the Mexican territory the aesthetic motif of his career. Thanks to its abundant production, we can not only know the rural landscapes of that time, but also representations where light, nature and human being merge into an integral whole.

In the first half of the 20th century, among the iconic examples of landscape exploration, we find mostly artists – photographers, filmmakers and writers – who found in Mexico a territory with a strong expressive capacity. The first case that concerns us, is the North American photographer Charles B. Waite (1861-1927), who hired by the railroad companies, as well as scientific expeditions, undertook different trips through Mexico at the beginning of the century. Through his lens he documented the diversity of Mexican landscapes, archaeological sites, as well as rural traditions and the poverty of indigenous communities. 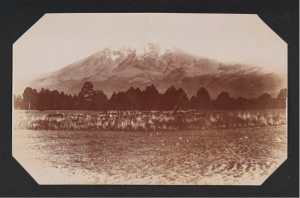 Years later, the world-famous Russian filmmaker Sergei Einseistein (1898-1948), would travel to Mexico between 1930 and 1932 to make an experimental film. Inspired by the Mexican Revolution, local traditions and rural landscapes, Einseinstein filmed in different states of the country. Unfortunately, the film could never be released by the director. In that same decade, the English writer Malcom Lowry (1909-1957) lived in Mexico along with his wife, the American actress Jan Gabrial. His stormy experiences with alcohol and his love break, took him to different regions, among which Cuernavaca and Oaxaca stand out. Based on his past experiences, in 1947 he published his novel “Under the Volcano”, in which the Mexican landscape becomes the stage, and sometimes the protagonist, of this personal hell. 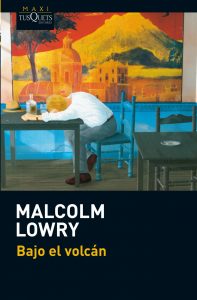 Cover of the book “Bajo el Volcán” by Malcoml Lowry, edited by Tusquets ©

Finally, we cannot leave aside the work of the Mexican photographer Armando Salas Portugal (1916-1995), which in addition to architecture, is devoted in the middle of the last century to the exploration of Mexican nature, particularly the Yucatan Peninsula and the Pedregal area of ​​Mexico City. His black and white photographs transport us to everyday and strange worlds, which make us revalue the strong presence of the natural as an aesthetic element.

The explorers of Mexico saw in its nature the great potential that contains: its abundant biodiversity, millenary traditions, imposing volcanoes and its virgin forests, where mysterious pre-Hispanic structures lay. Today, many of these potentials have been threatened and diminished by indiscriminate felling, pollution, and the unplanned growth of cities. Our challenge today is to protect, regenerate and disseminate what we still have today, so that locals and foreigners can continue to enjoy a territory with an abundant variety of landscapes and biological diversity.