LA RECYCLERIE of Paris: an eco-responsible and social urban reconversion

LA RECYCLERIE of Paris: an eco-responsible and social urban reconversion

In the dynamic and popular neighborhood of the Clignancourt gate, north of Paris, an old train station has become a project that promotes ecology and social encounters.

In this place, alternative youth, people from the neighborhood, families and curious people share this iconic space, a reconversion of an industrial heritage.

After a year and a half of construction, La Recyclerie opened its doors in the summer of 2014. The idea comes from a team of four people and two investors, who decided to make a business model, that sensitizes people to eco-responsibility and social justice. 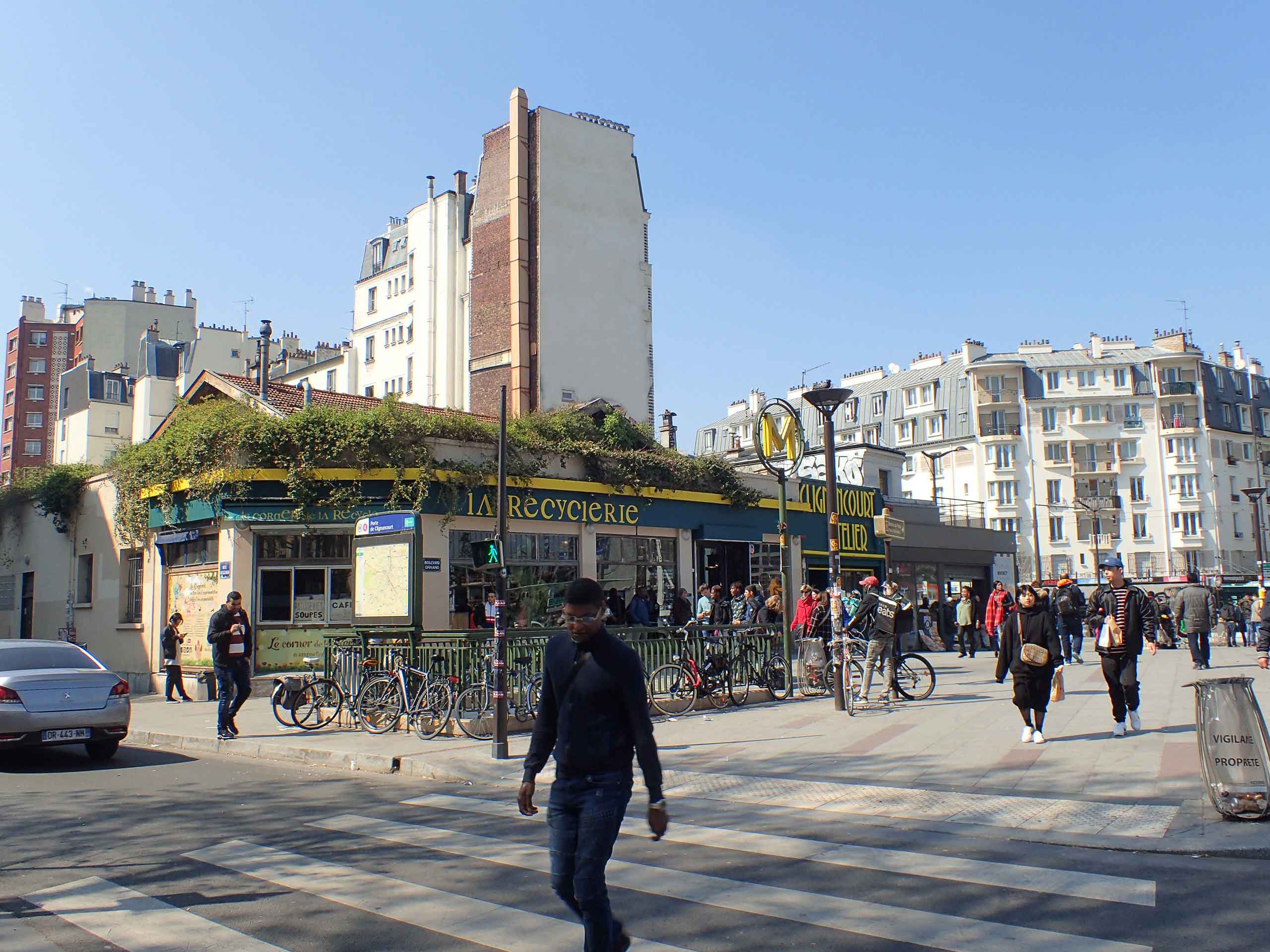 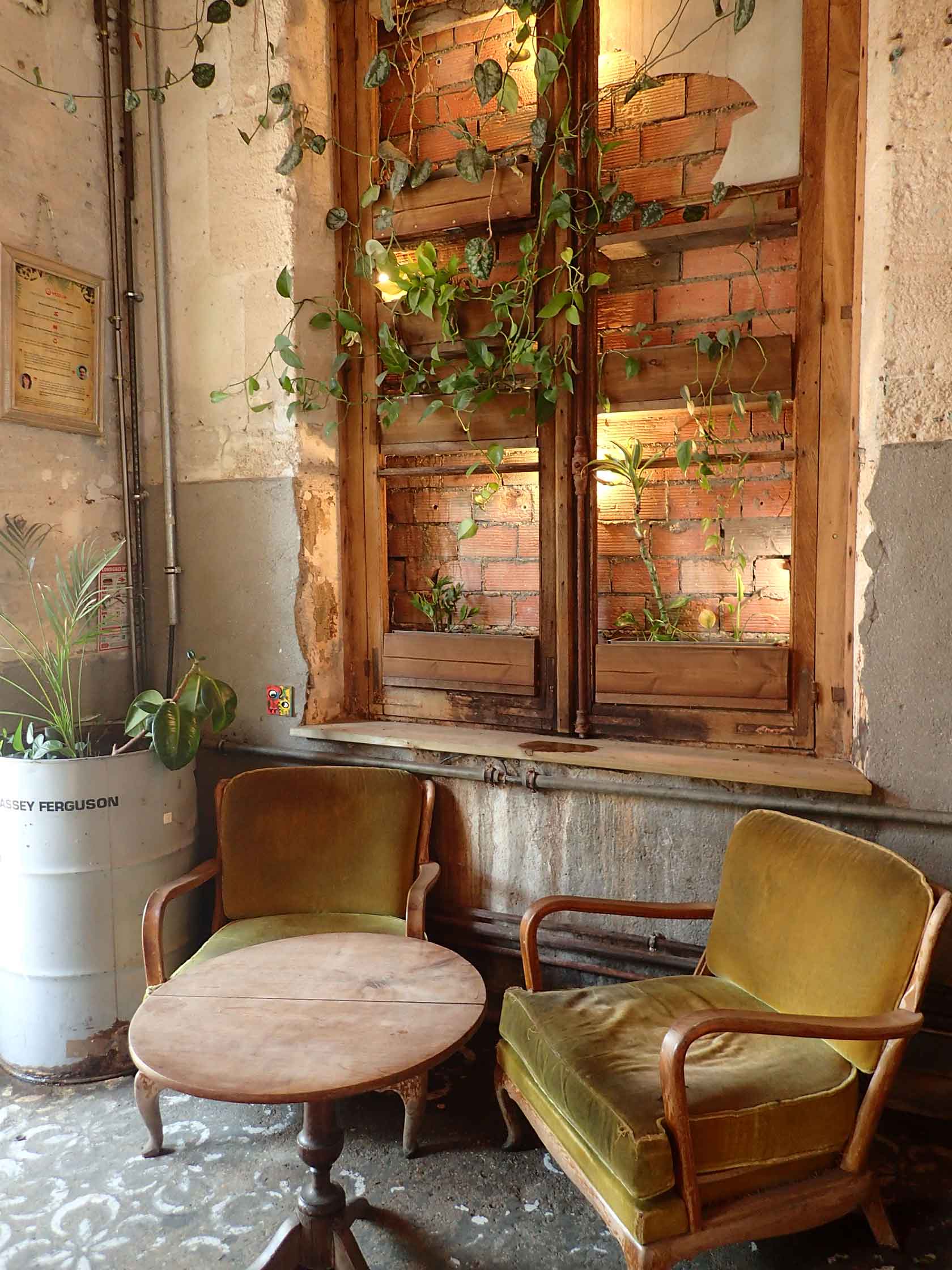 The place was bought from the railway company of France (SNCF) and the project was developed by the office L’Office Parisienne d’Architecture (OPA). The architecture of this small station of the small iron belt of Paris¹, as well as the flea market of Saint Antoine, were inspirations to put in value the patrimonial and cultural aspects of the site. 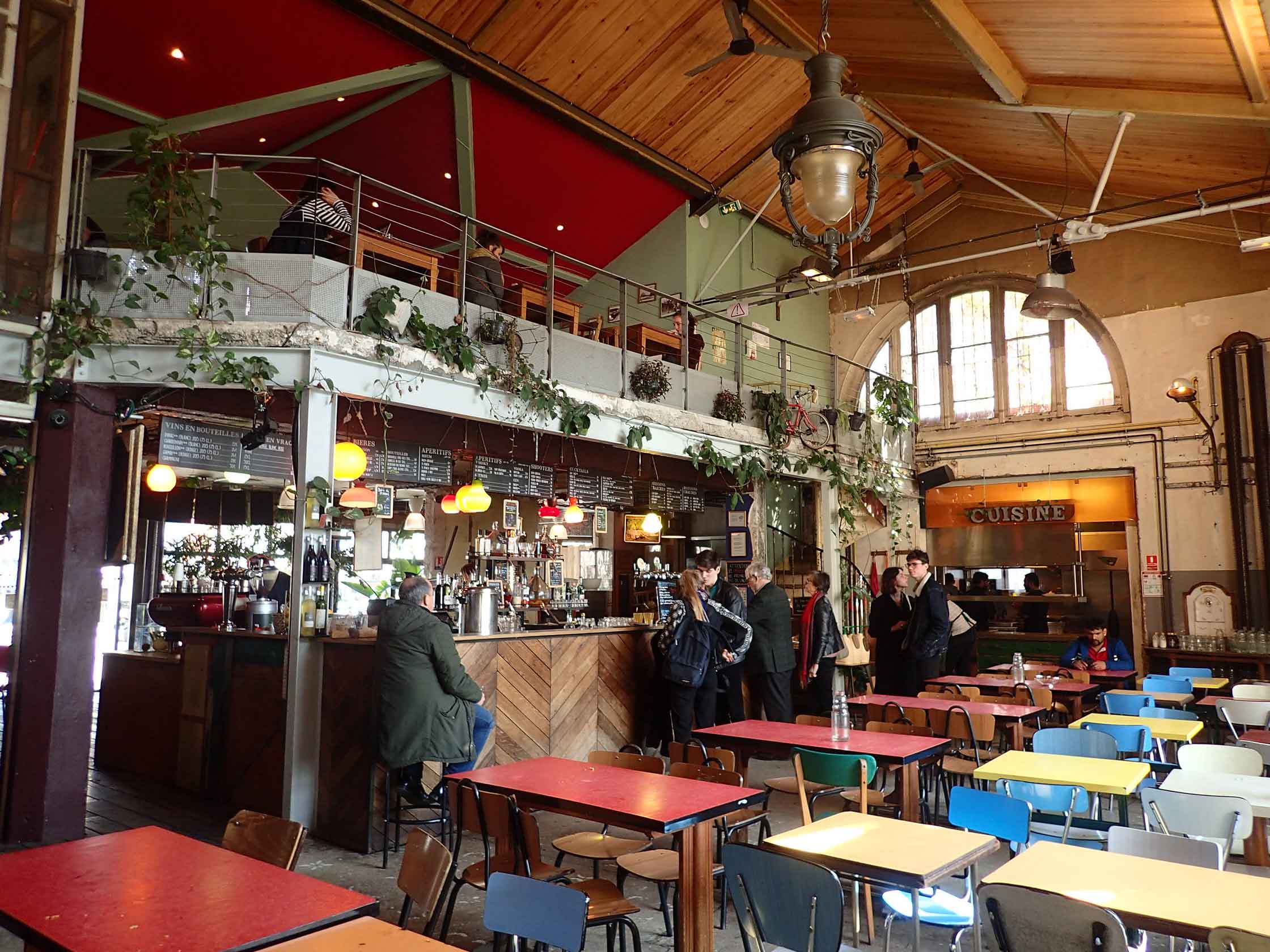 In the interior design the iron structure was left apparent, also several floors and finishes were preserved. Bicycles, radios and a whole series of objects of yesteryear, were superimposed on a significant number of plants, with this, the interior decoration of this space that used to be a railway infrastructure, was complete. 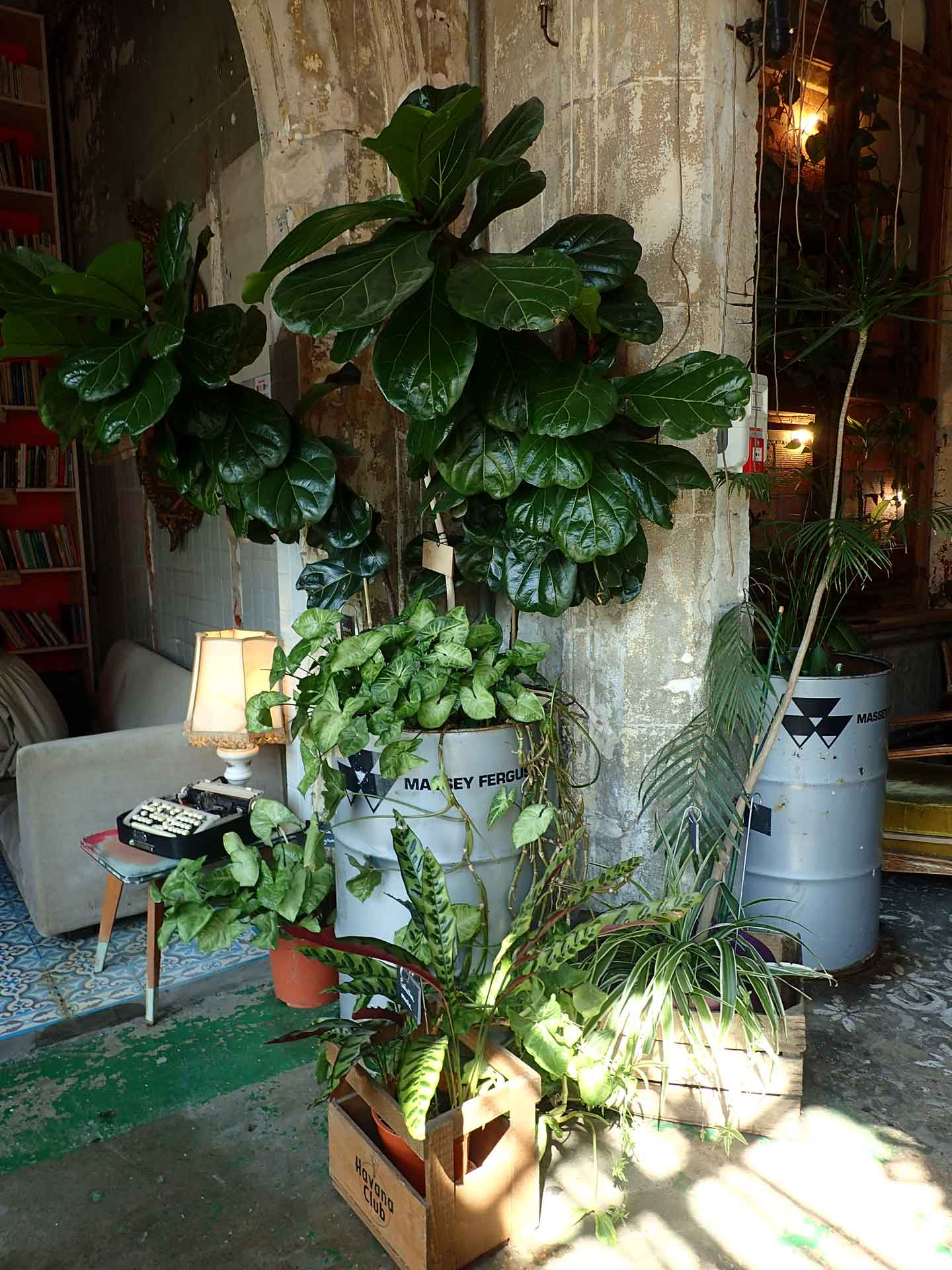 In the various outdoor spaces that take part of the old platforms, the street art and the surrounding residential buildings, coexist with chickens, hives, orchards and people that are tasting a good beer on the terrace.

The general space open to the public, is composed by the cafeteria, the recycling workshop, the terraces and the urban farm. 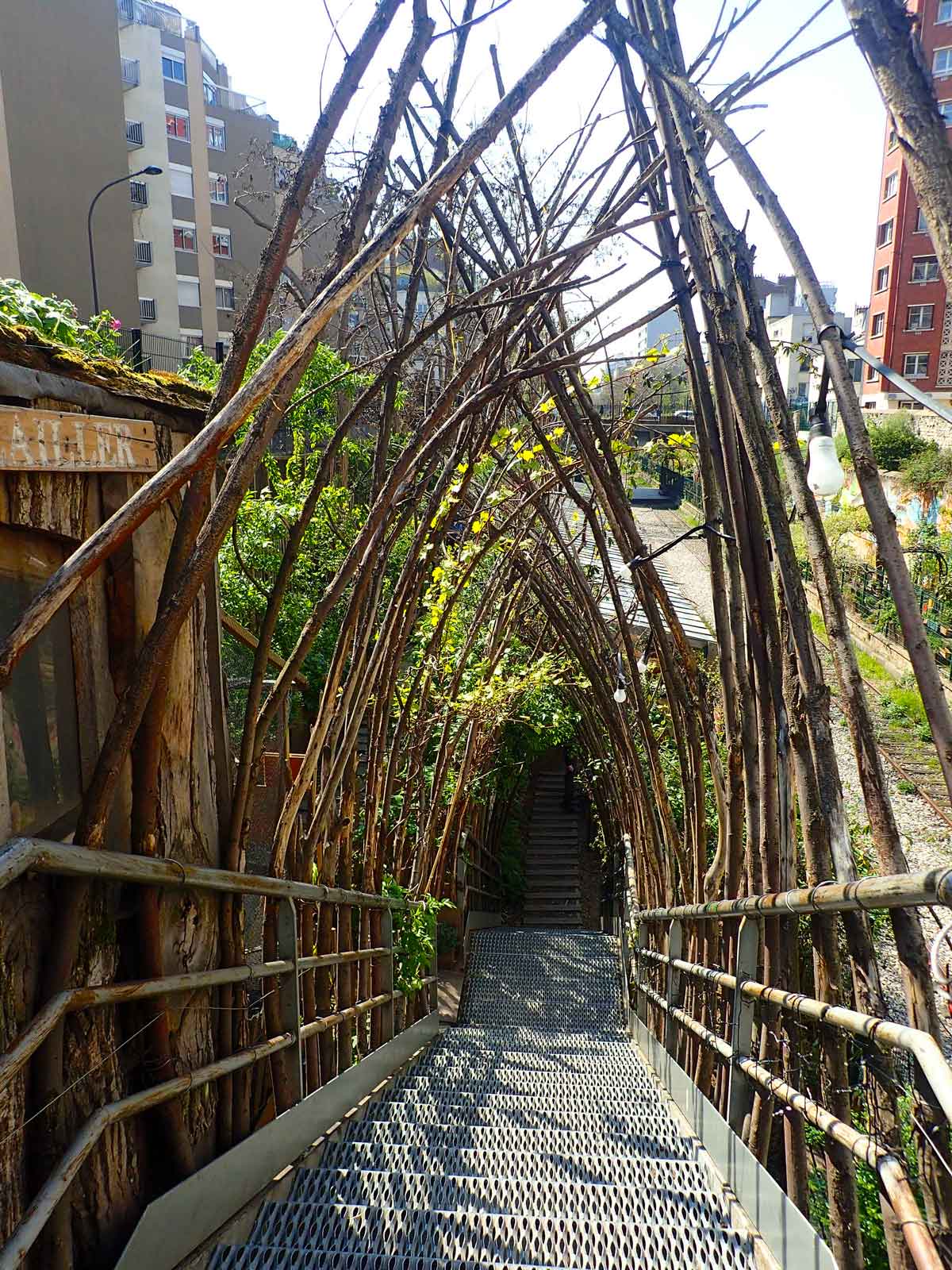 In order to guarantee sustainability, the project was complemented with the creation of an association, which carries out educational and social projects, also a company was subcontracted to operate the cafeteria.

The team and the association work hand in hand with other groups of volunteers and artists of the city. Visits to the didactic urban farm, documentary film screenings, ephemeral markets, recycling workshops, yoga classes, among many other things, are some of the activities that this place offers. 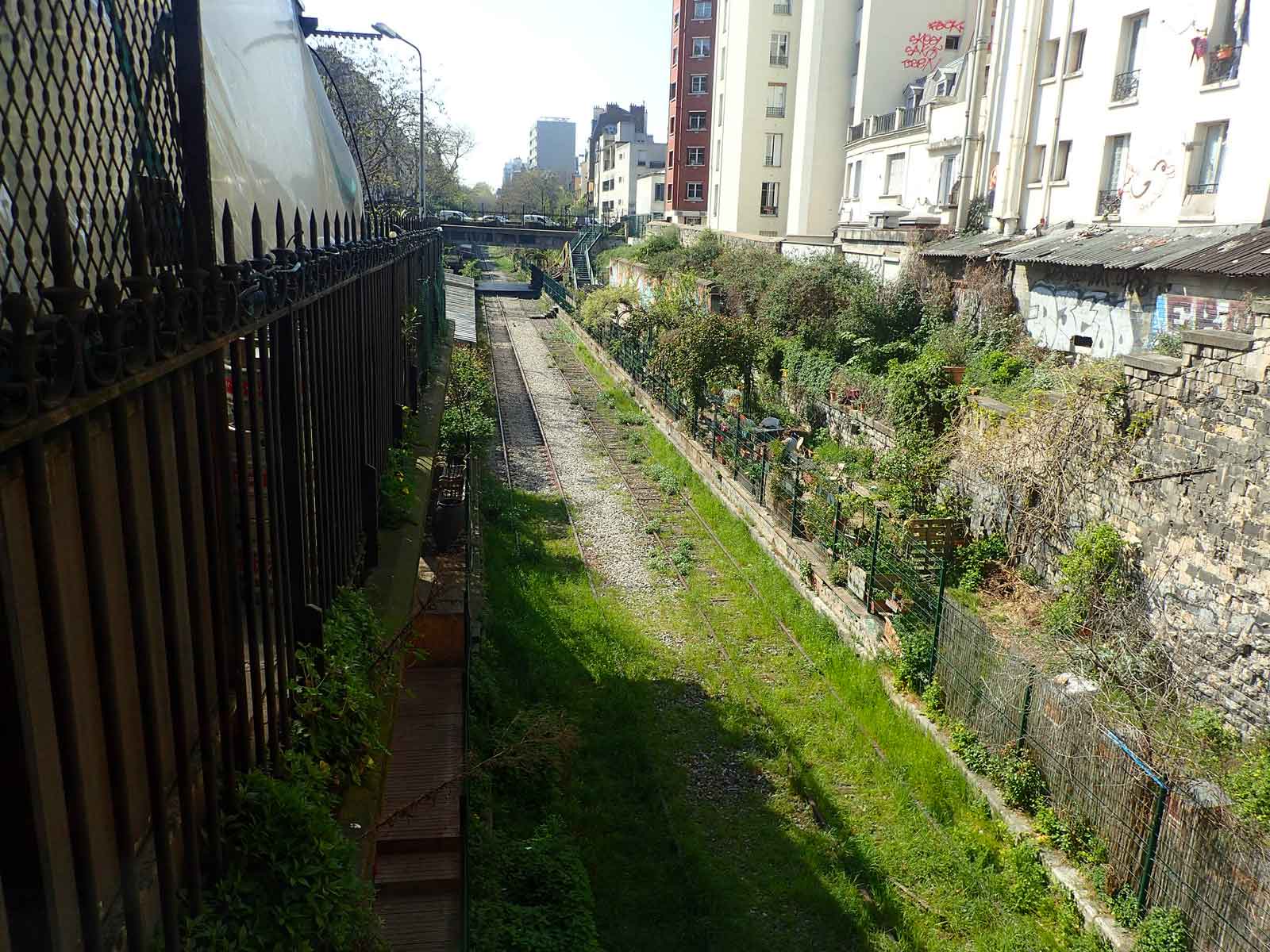 Almost everything that is consumed in this place (eggs, honey, fruits, vegetables, etc.) is organic and comes directly from the farm. The cafeteria also promotes local consumption and waste composting.

Also, you can leave a “coffee pending”, system in which users pay for an extra coffee for people who have economic difficulties so they can drink or eat something.

For almost five years, this place rents and lends its facilities to different companies and civil associations, with the aim of becoming a true place of meeting, reflection and exchange around the theme of ecology and social inclusion.

“A business scheme can be combined with eco-responsibility and social responsibility, highlighting the heritage aspects of a unique site in Paris.”

We thank Marion Bocahut, head of eco-culture of La Recyclerie for the information granted for the realization of this photo-report. 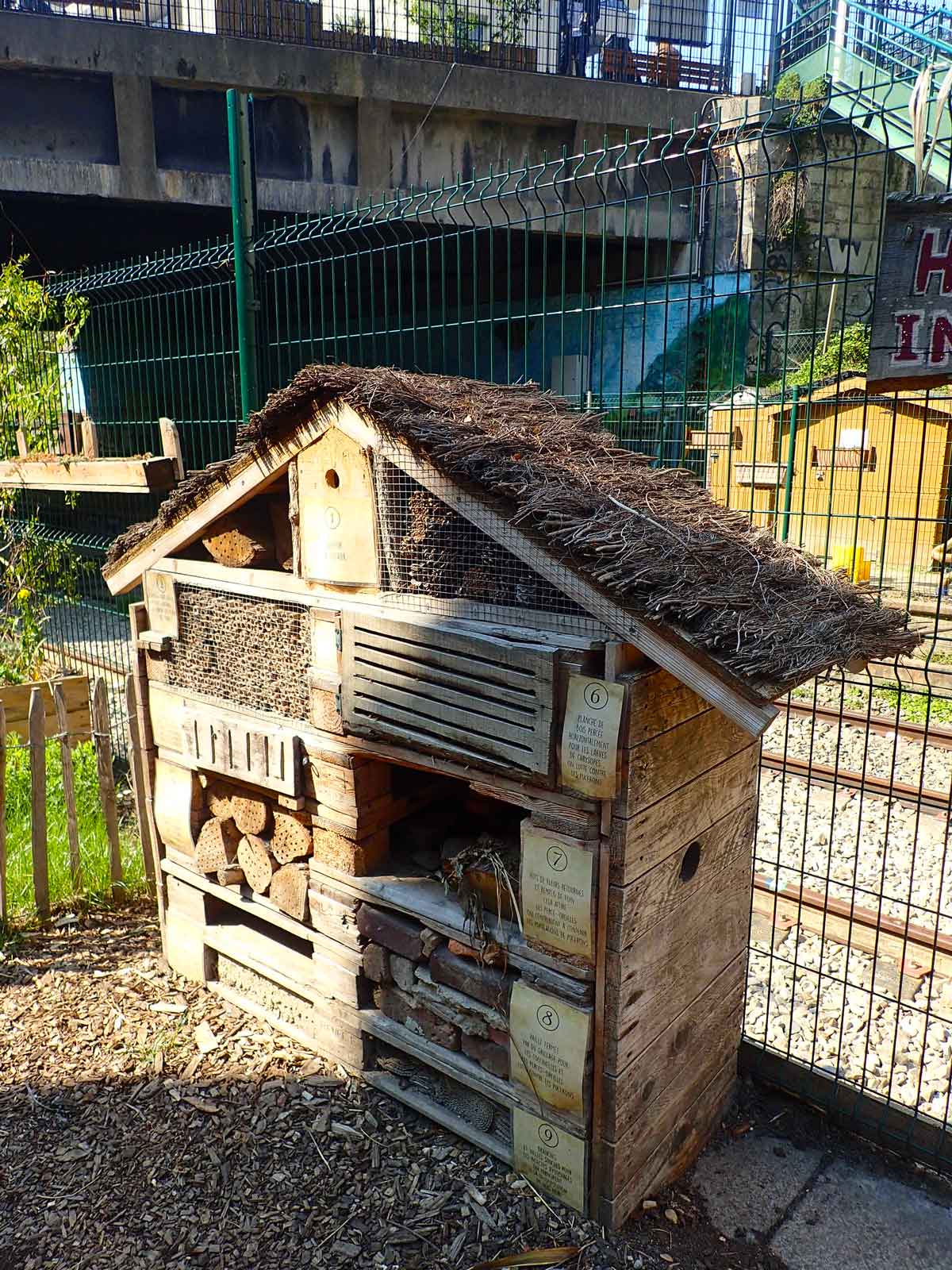 ¹ A peripheral train road of Paris, made during the second half of the 19th century.