Landscape and Health: Connecting with wellness

Landscape and Health: Connecting with wellness

THE CULTURAL CONCEPT OF LANDSCAPE HAS EVOLVED FROM ITS CONCEPTION AS A SIMPLE VIEW OR IMAGE, TO ITS DEFINITION AS A CULTURAL PRODUCT THAT CARRIES VALUES SUCH AS HISTORY, IDENTITY AND MEMORY.

Human beings move in a specific landscape, so both our perception and our life are connected to it through a causal and forced relationship. There is evidence based on recent studies in the fields of medicine, psychology and architecture, which show that our relationship with the landscape (that cultural and natural construction with which we permanently interact) has repercussions on the well-being and health of the human being.

Authors such as Laura Menatti and Antonio Casado da Rocha propose a theoretical concept called “processual landscape”1 to explain this health-landscape binomial, which broadens its definition by also relating it to the scientific and ethical field.

Since the landscape is more than simply part of our cultural heritage or a place to be preserved for the aesthetic pleasure it provides, the right of the human being to the landscape must be recognized as something intrinsically linked to the well-being of present and future generations, thus because it has direct repercussions on your health when you perceive and enjoy it. 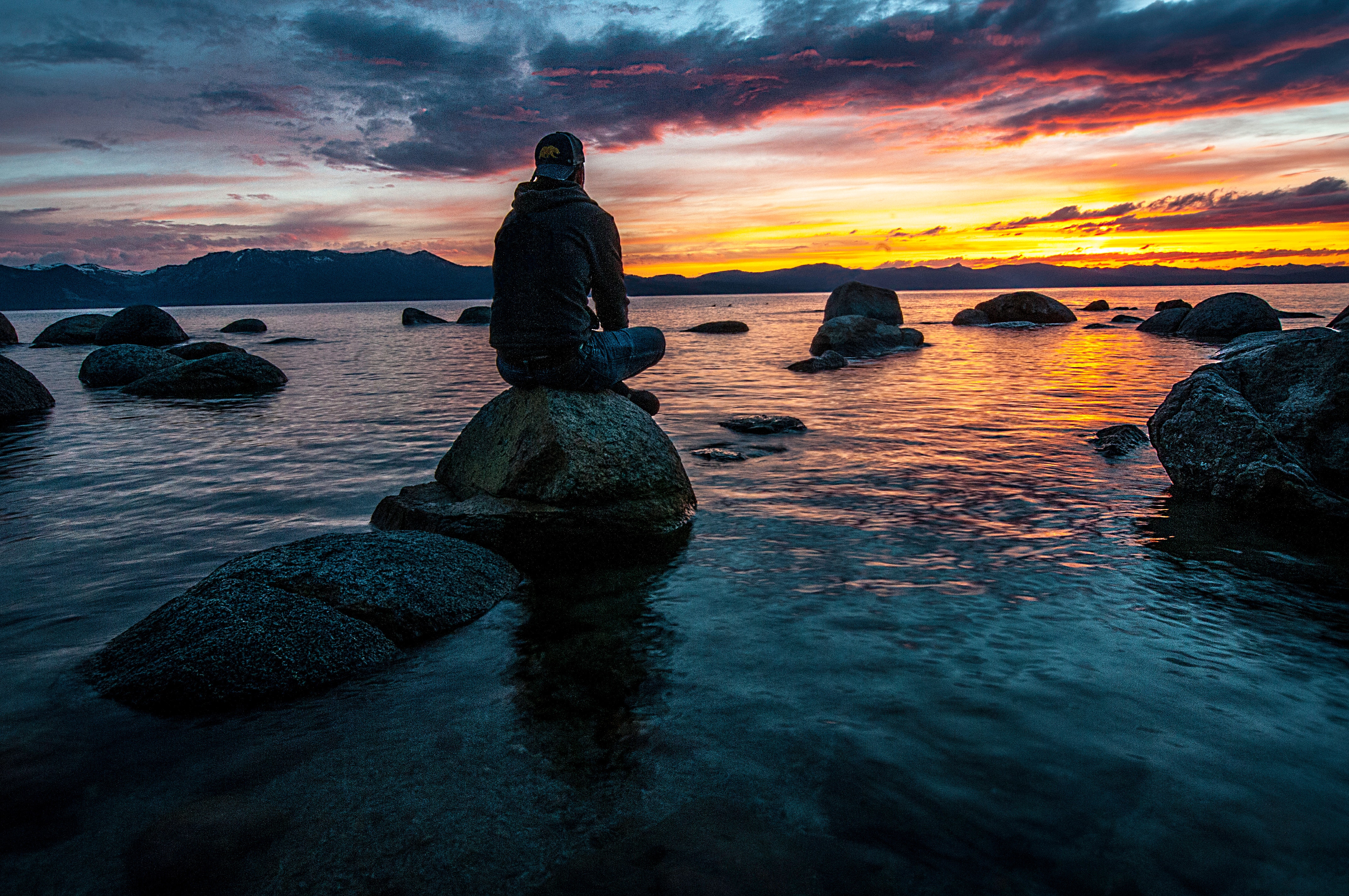 Thanks to numerous medical, psychological and sociological studies, today there is a large amount of evidence that demonstrates this health-landscape connection. The concept of processual landscape is the theoretical demonstration of this relationship where perception is the key to explain the casual relationship that exists between us and our landscape.

Since ancient times, men have detected that various diseases are cured or better controlled in certain environments and climates. Thus, for example, tuberculosis patients were taken to high mountains where fresh air helped improve their health. Others moved to the beaches to benefit from the effects of the sun or took refuge in certain natural environments.

Today’s world and modern life have forced us to live in cities, where green areas such as parks and gardens are increasingly being built as they are one of the most used resources to alleviate the negative effects of the urban landscape, since it has been shown that perceiving and living these natural spaces favors our health, both physically and mentally, in addition to promoting interaction with other people and the practice of beneficial activities for the human being such as exercise. 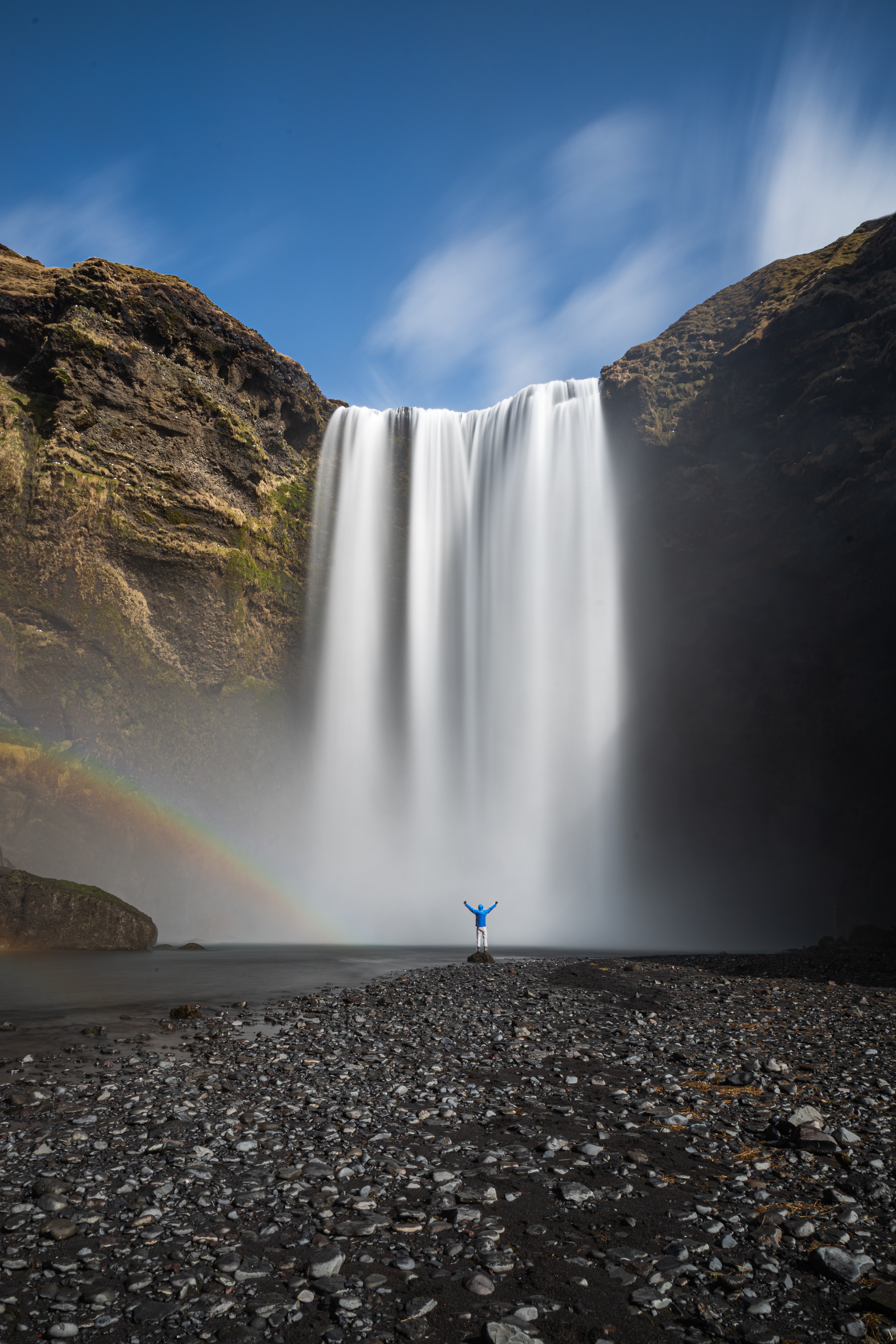 Harvard biologist Edward O. Wilson, has documented the tendency that human beings prefer the natural landscape, assuring that this preference for nature (biophilia) is innate and that its origin goes back to the emotional ties that our species has developed during the thousands of years of evolution in communion with the environment.

Other hypotheses such as the theory of the savanna formulated by Gordon Orians, the refuge perspective formulated by Appleton, the informational perspective of Stephen and Rachel Kaplan or even the fractal geometry, try to explain this phenomenon.

All of them emphasize the different aspects that facilitated the development of this link, but they agree that nature itself provides important health benefits and has positive effects on humans.

In 1984, Roger S. Ulrich published an article in the journal Science where he explored how the views from a hospital window that patients have can influence their recovery process, reducing stress and anxiety, as well as facilitating emotional states positively.

The result of his experiment was that patients with views of a natural landscape recovered significantly earlier, needed to take smaller amounts of pain relievers, and received fewer negative feedback on nurse evaluations. 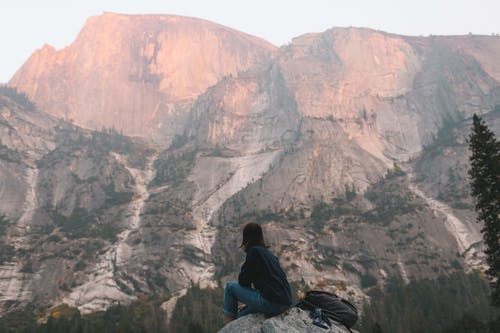 Since the 1980s, the Japanese have also gone beyond the simple perception of the landscape, promoting its experimentation and experience. They call this shinrin yoku, which we could translate as nature baths or immersing yourself in the atmosphere of nature. It is about experiencing the natural environment with all the senses, with full awareness and identifying the benefits it has for human health.

Although the scientific literature is not very extensive in this area yet, today there are enough indications to affirm that spending at least twenty minutes in the landscape helps to relax and reduce stress, muscle tension and blood pressure, increasing the amplitude of alpha-type brain waves.

Other studies have indicated that, since there is a higher concentration of negative ions, the mere fact of being in the forest could facilitate the activation of the parasympathetic nervous system (the one that manages states of relaxation and rest) and could help to regulate the levels of blood glucose.

There are also studies that relate activities in the natural environment with an increase in the activity of NK cells (natural killers), responsible for the destruction of tumor cells or cells infected by viruses. Finally, it has been observed that activities in natural environments help reduce the levels of hostility and depression in people and promote positive emotions. 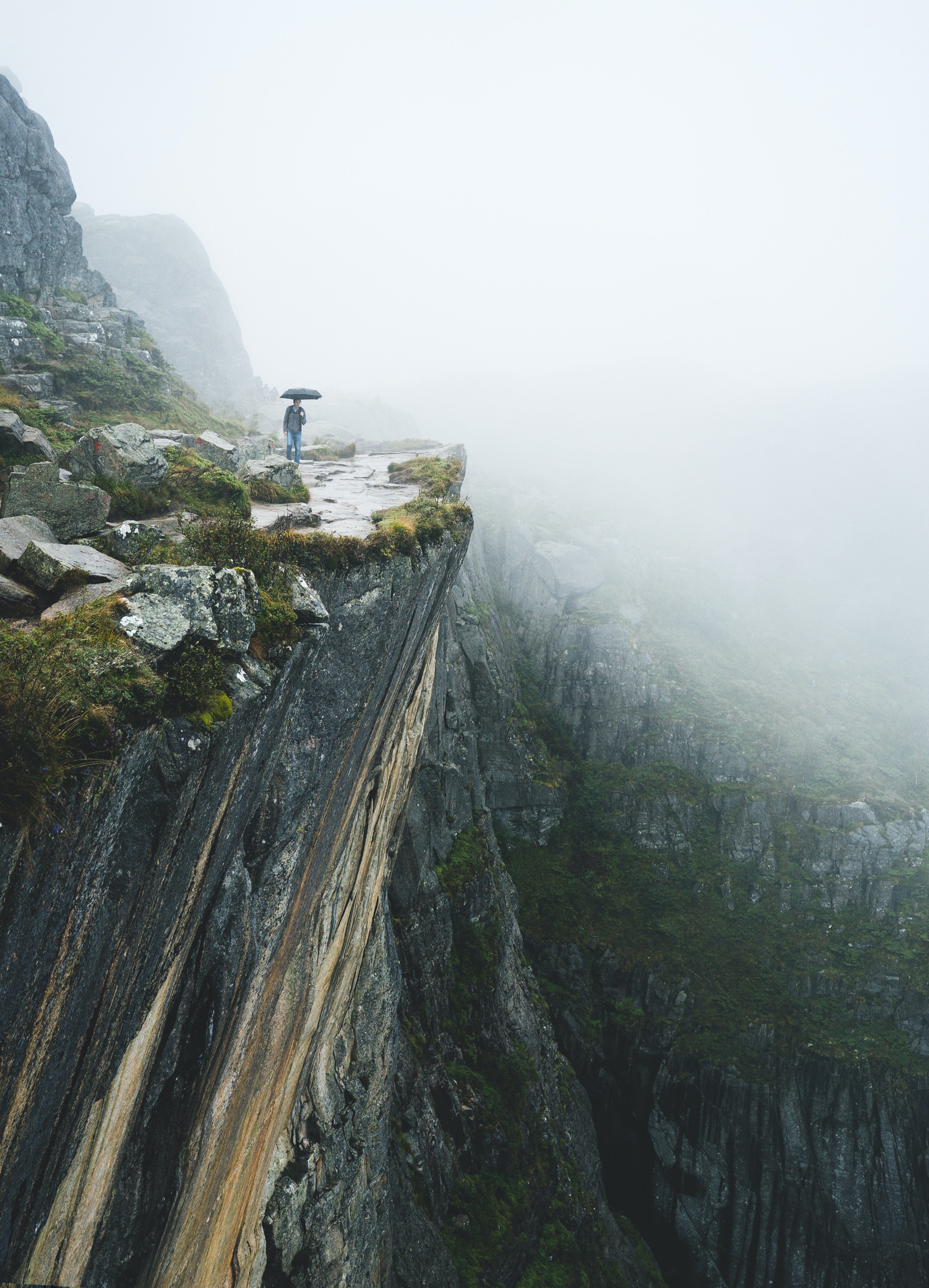 As studies in this area have only been carried out for a couple of decades, it remains to be determined what the long-term benefits of this type of activity may be. What we can affirm is that the landscape in which our life unfolds positively or negatively affects our health. The views we have from the window of our home or from our workplace, can influence our mood, which affects our physical and mental well-being.

Even the simple act of looking at a painting or a photograph of a landscape improves our spirits. We must look for green areas where we can relax and disconnect from the noise and crowds of the city, knowing that we are benefiting our health, since contacting nature directly allows us to feel the innate ties we have with it.

Fortunately, there are already within psychology, trends or philosophies whose objective is to include the ecological perspective in human study, such as conservation psychology and eco-psychology. What these approaches demonstrate is that the way in which we relate to the planet affects us, for better or for worse, and for that reason the promotion, improvement and conservation of the landscape is fundamental to achieve the best development of a healthy life and a better world. 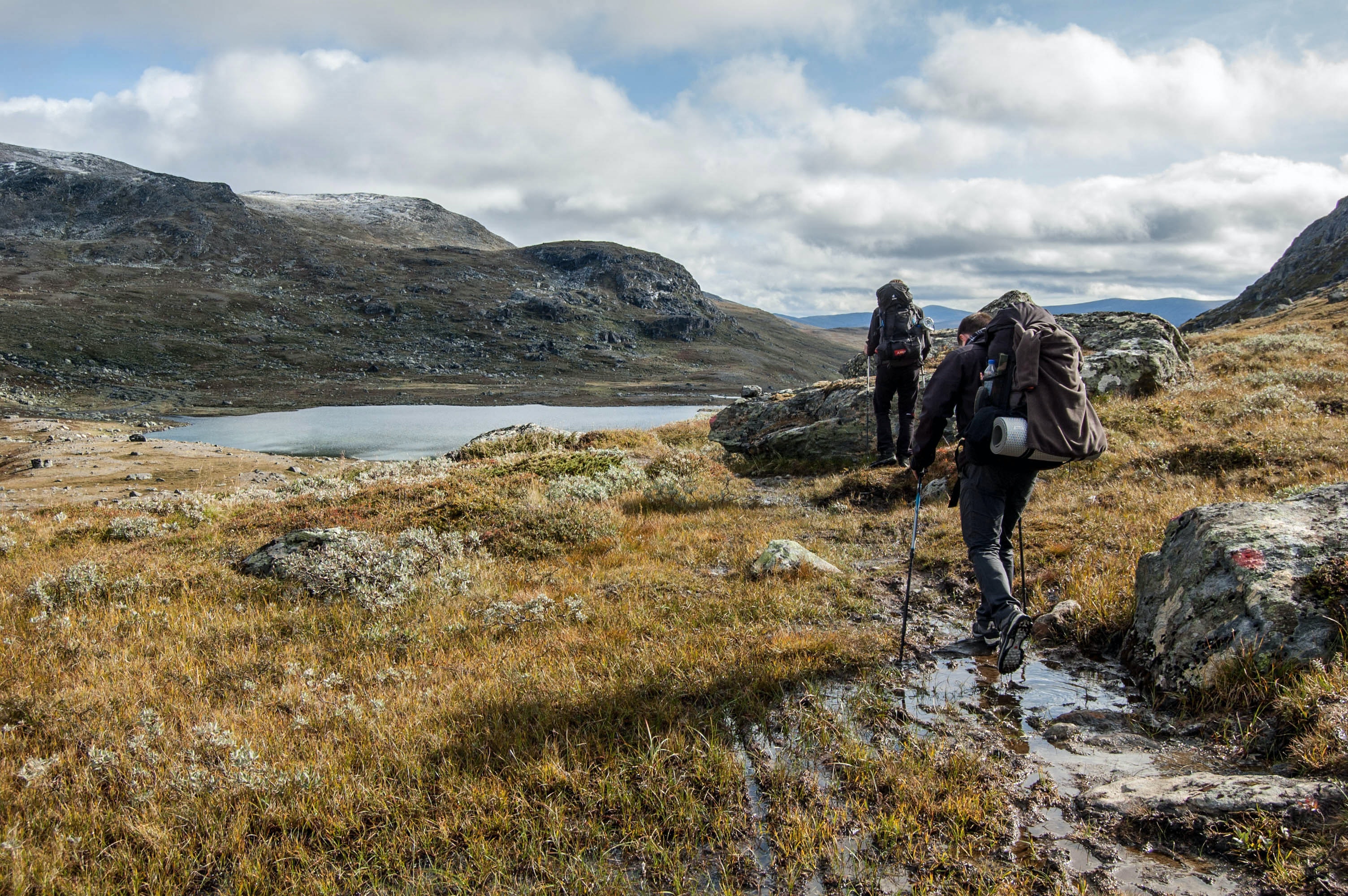