Photography is an art form that is closely related to the landscape.

The internationally renowned photographer, Naoya Hatakeyama, analyzes through his work the human interaction with nature, addressing issues and scenarios that are difficult at times, but contain philosophical and aesthetic questions of great depth.

Following is part of his work, accompanied by a reflection on the “distance” that can be created between man and landscape in the course of the photographic work. These words belong to a talk that he presented at the Izu Photo Museum in Japan (January 2013) 1.

I enjoy talking about the word “landscape” but when it comes to speaking about my own work as it deals with “landscape,” I run into difficulty. That is because the shape of my work is constantly changing as events occur during the course of my life. If I could give my work some general conceptual unity as a whole, I would probably seem to be an outstanding artist, but things do not go that smoothly. 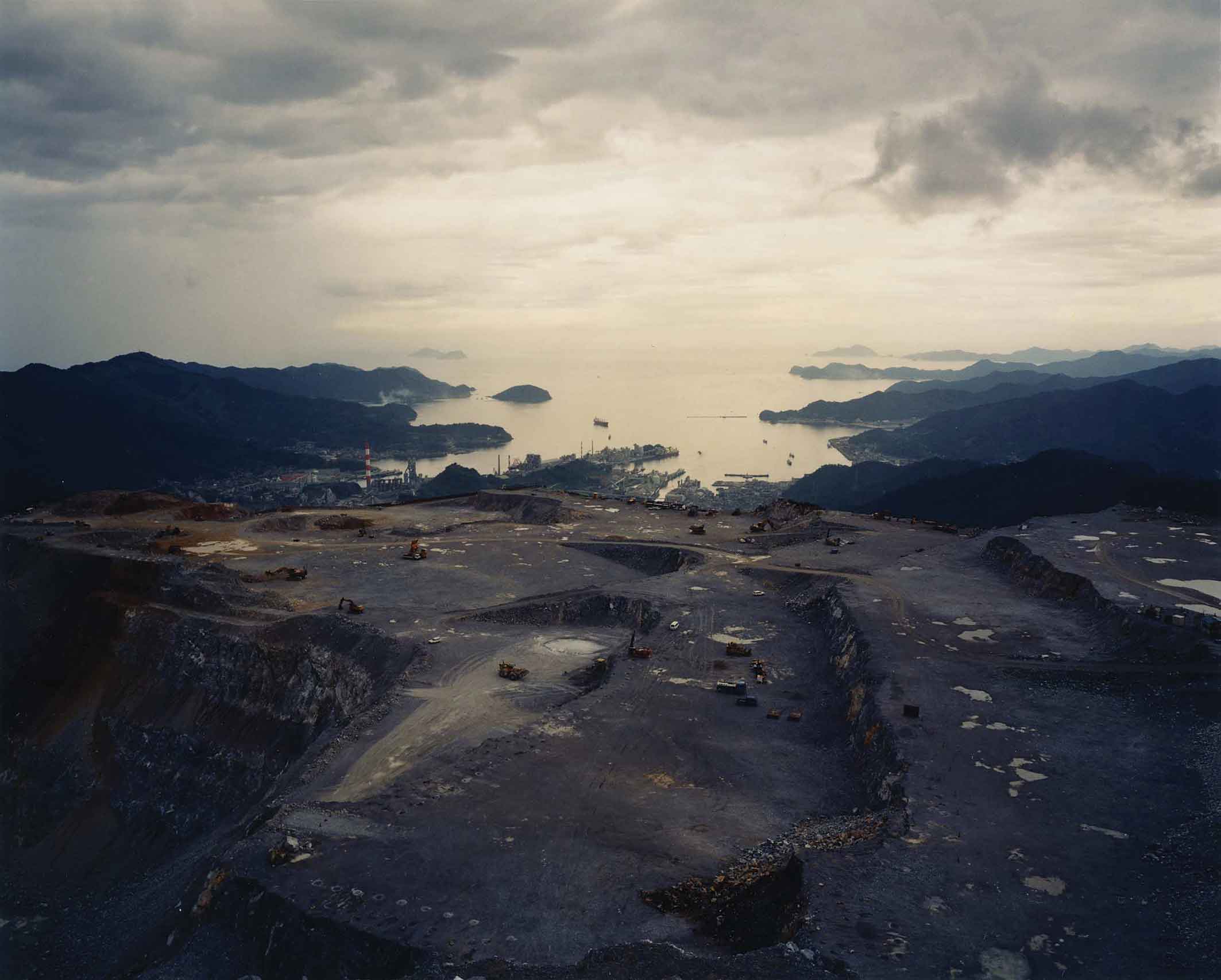 When I was a student, I was already fully conscious of the word “distance.”

One could call this “distancing” from the photograph as: the temporal, spatial and psychological distance that is suddenly produced when one attempts to transform objects into a photograph.

The first time I personally addressed “landscape”, in the Kenneth Clark 2 sense was in the latter half of the 1980s with “Lime Hills”. When you look at these photographs, I think you can recognize that in my youth I was overwhelmingly influenced by the American color photography of the 1970s.

This work began with the limestone quarries around the area where I was born and raised, and it became a major undertaking as I visited quarries throughout Japan.

At this time I had taken up life in Tokyo; I believe I became accustomed to looking upon scenes of the lime quarries in the countryside and scenes of the city in which I was living, both through the common denominator of limestone. I came to take photographs while imagining in my mind a tale in which two disparate places are linked together.

The first time I attempted to force myself to realize the idea of tying together two different things in one place culminated in the series “Atmos” wich I undertook around the first half of the 2000s.

This was created in the Camargue delta region. At the time I was invited to participate in the Rencontres d’Arles 3. 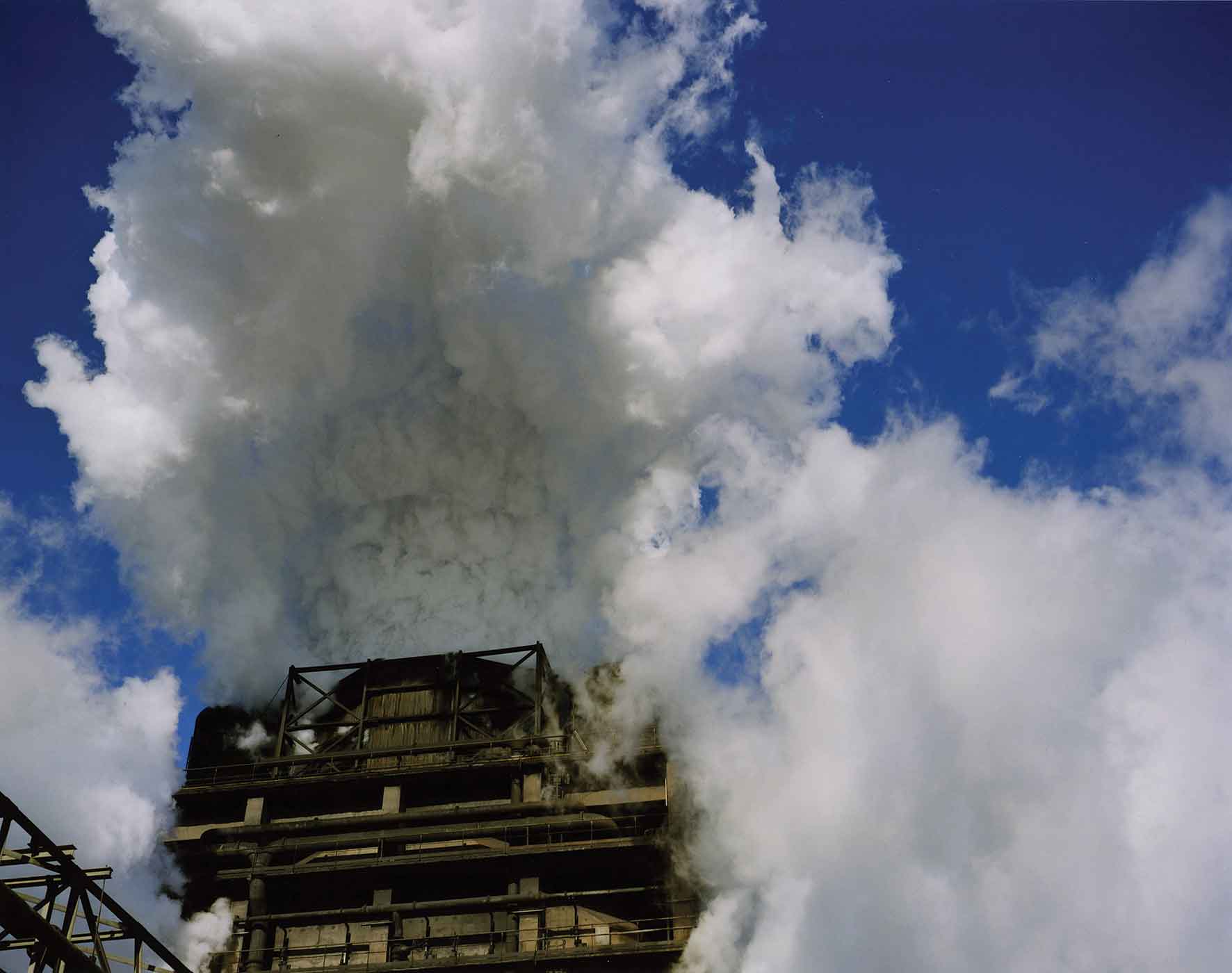 “There was a smelter and plumesof steam that rose from the edgeof the marshes, I attempted to imaginatively overlay those plumeson the “landscape” so theyappeared to be clouds.”

A work that occupies a similar position as “Lime Hills” is “Terrils” (Heaps), one in which I dealt with slag heaps in the latter half of the 2000s in northern France. At the time I was an artist in residence on the outskirts of Lille.

These mountains in the middle of the land were made from the clinkers of spent coal 4.

Piled up on the surface of the land, the clinkers were dropped from the sky by men. The object at first moves counter to gravity, and ultimately gives way to this natural force. Despite the fact that men created these mountains, they appear to be supernatural mountains that have fallen from the sky. 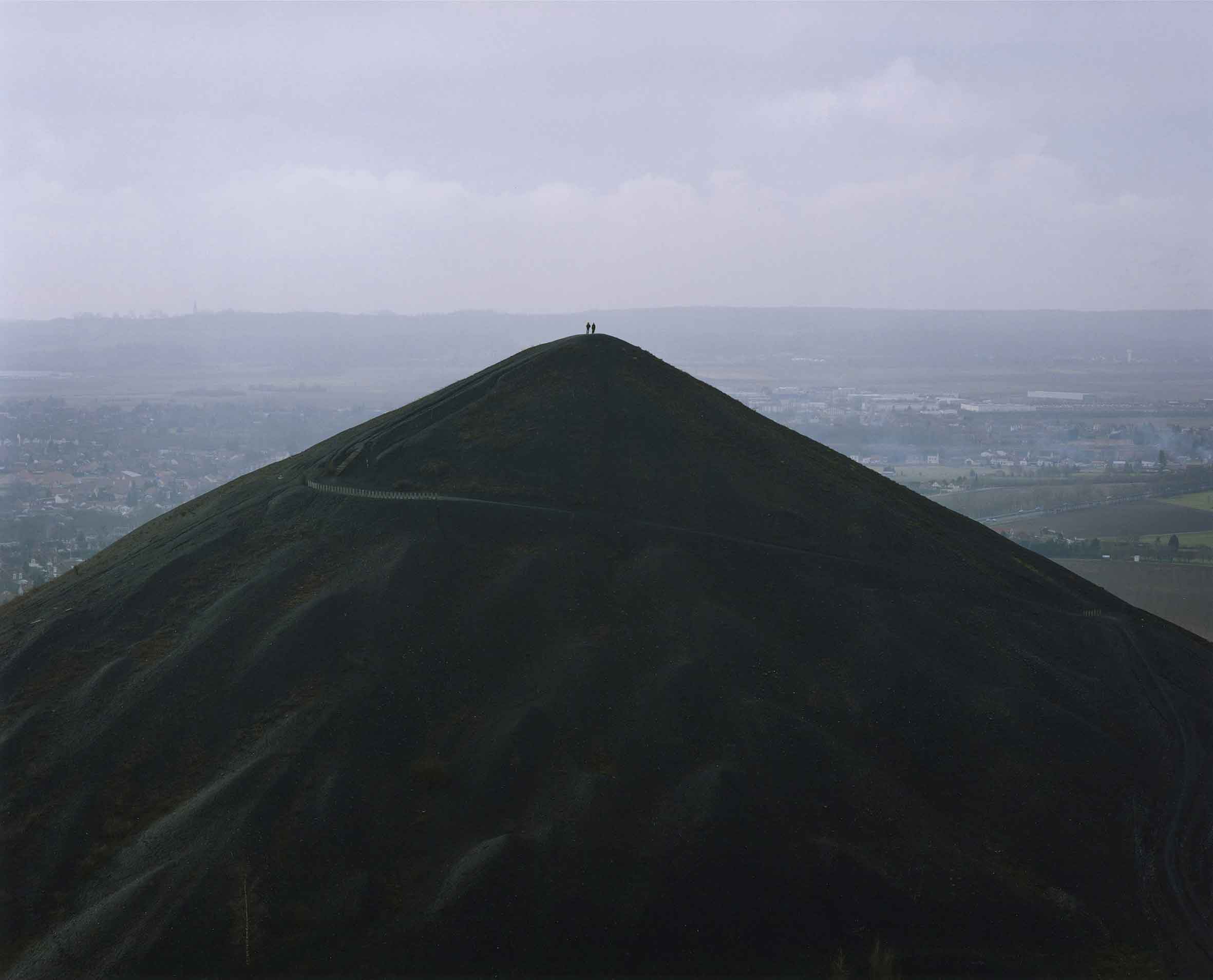 Finally, I would like to show you “landscape photos” that I took quite recently, over a period of time in 2011 in a single small town in the Tohoku region.

As I am sure you will recognize, I began to take these photographs following the terrible devastation of the catastrophic tsunami, and they record the process during which the piles of rubble are gradually cleared away and the town once again becomes still.

he link between catastrophic events and landscape art, particularly photography, is longstanding and can be said to form a major genre.  I do not know at this point if my photographs fit into that genre.

And that is because if the question of “distance” reposes in these photographs, then it is a “distance” that produces an immeasurable space between others and myself. I can not speak for you, but at least for me even to feel “distance” is difficult. That is because this place was once the place where I was born and raised. 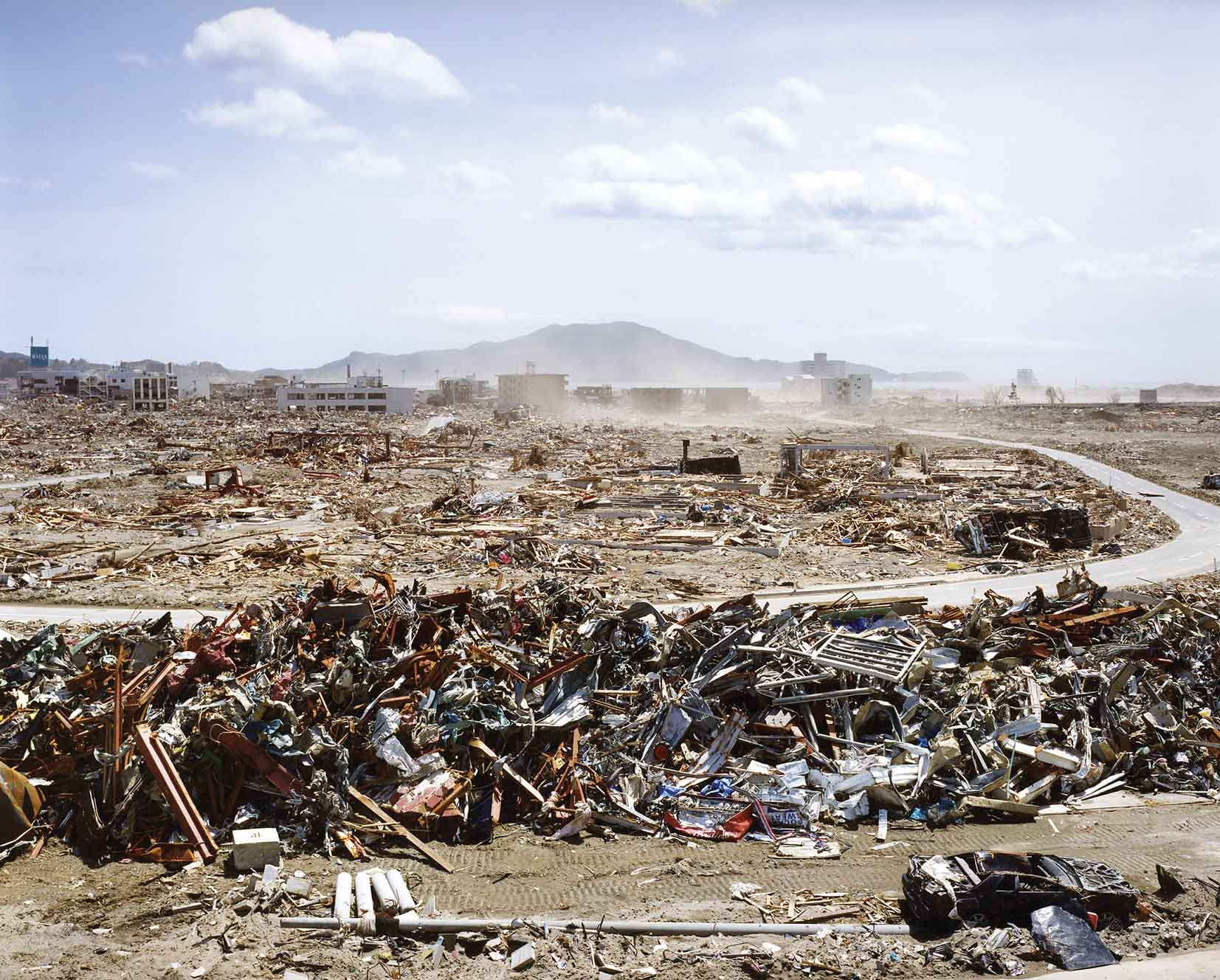 I suspect that it is impossible to read anything about me personally -the one who took it- from this photograph.

In it there is only “landscape.” Above a ravished land, a rainbow appears against the dark sky. It comes to resemble an “artistic landscape” such as in Romantic Era oil paintings from somewhere in northern Europe.

After this, can it be a “landscape”?, I wonder, or is it no longer? With respect to the value of this photograph, have words created an obstacle? Are words necessary? 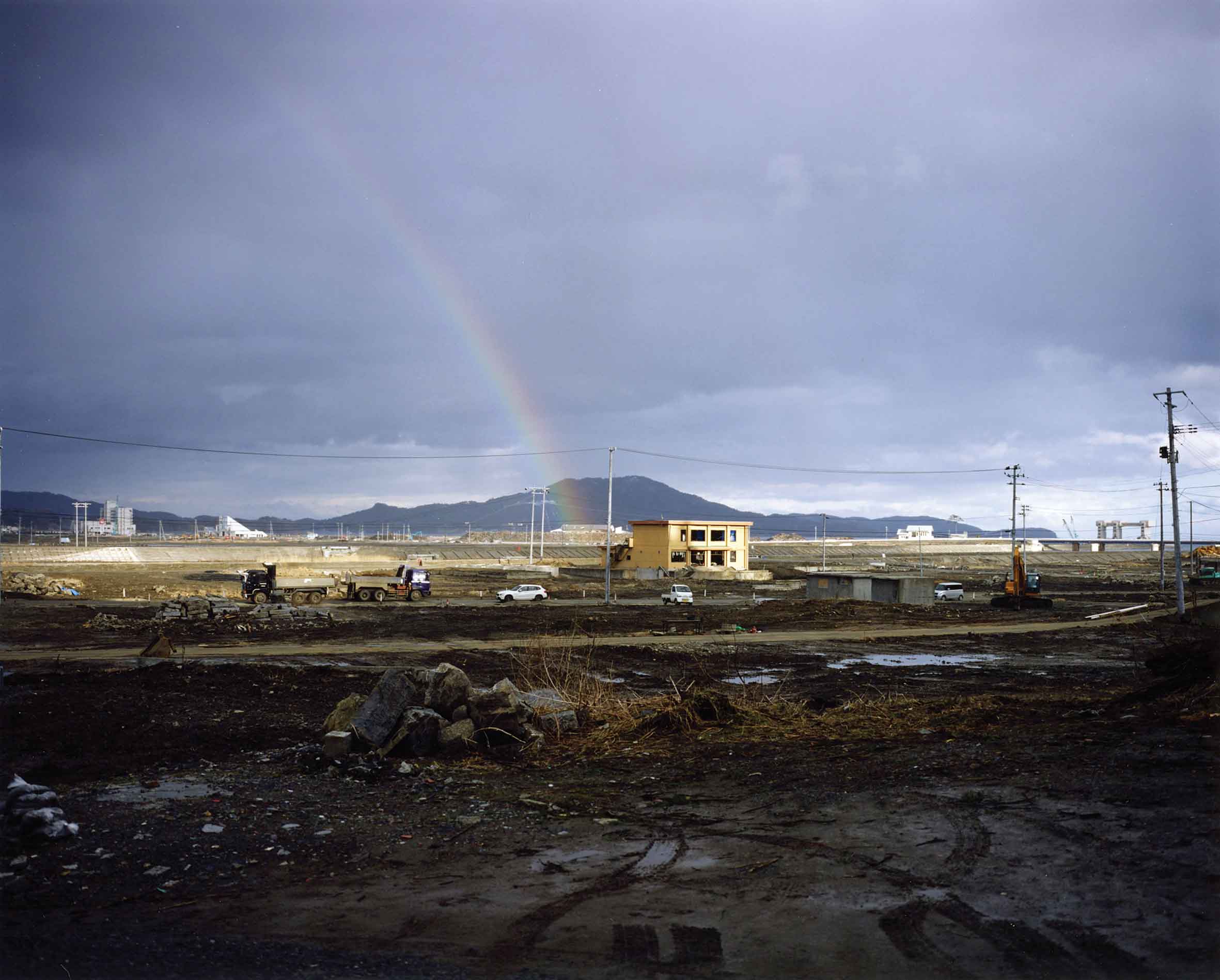 Naoya Hatakeyama was born in 1958 in Rikuzentakata, Iwate Prefecture. He completed graduate studies under Kiyoji Otsuji at Tsukuba University in 1984. Since then, he has been based in Tokyo, where he has developed a body of work concerned with the relation of nature, the city and photography.In addition to his participation in numerous solo and group exhibitions, his works are found in world’s major public collections.

1  We are deeply thankful to “La Cúpula” Gallery and MArch. Jacqueline Tapia Chávez, for their help which made possible the publication of this article.

3  Photography festival celebrated each year in Arlés, France between July and September.

4   Clinkers, or slag, are made up of elements and minerals found in coal, which are non-combustible. When burnt, they melt and fuse together, forming lumpy ashes.