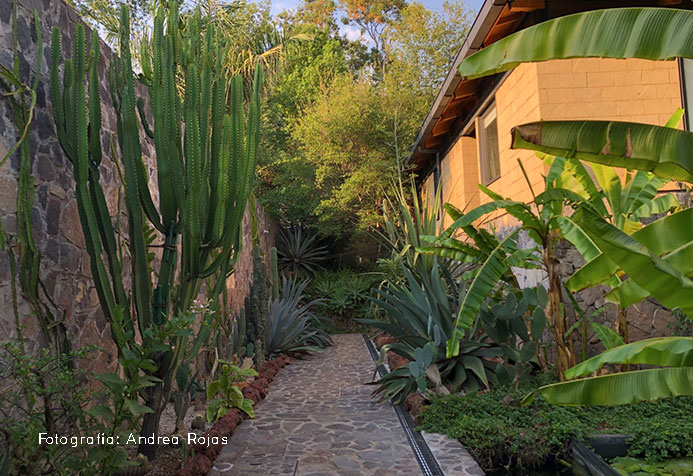 We thank Enrique Álvarez for sharing the history of the Humedal, as well as the passion and love he has for it.

In 2010 the construction of the Humedal began inSantaMaría, ValledeBravo, Stateof Mexico. It was a land with 3 tennis courts that had no ecological or cultural value for the environment. The project starts from the idea of being able to create a living space, where all the inhabiting species form a network of life, in which the human being is part of the great chain of symbiosis that already exists on this planet. Initially,
it is proposed as a forest in which the existing vegetation palette of Valle de Bravo (Pine-Encino Forest) will be recovered. Then the concept of edible forest is created, in which different tree, shrub and herbaceous species participate, in order to justify an approach to the relationship that exists between man and nature.

Regarding water management, the main intention was to create closed cycles through which there would be no need for human intervention in order for them to function naturally. However, the Humedal, which processes all the treated water that comes from the urban drainage, consists of a stratification within which different species of marsh plants participate in order to be more effective in purifying the water.

The process consists of taking the gray water that comes from neighbor residences, which through a treatment plant flows through a channel directly into the humedal, where it is the plants who do the work of returning the clean water to the nearest stream. Valle de Bravo is the town of water, so the idea of collecting rainwater comes from the origins of the basin in which the project is located, and where, on a smaller scale, it fulfills ecosystem services in the same way that the basin does. It currently has a rainwater harvesting system and a cistern capable of storing up to 137,000 liters of water, enough to survive in the dry season.

Another important aspect in the realization of the Humedal project, was that it should be a space where workshops are taught, with the main objective of being able to bring young people closer to a conscious and more environmentally friendly coexistence, in addition to being able to understand the biological cycles through which plants have to pass before they can be harvested. Understand that the final result is not the result of isolated actions, but of a process of joint effort in which an entire community participates.

The project is in a young adult stage, and has workshops on the integral management of water and electricity, and environmental education workshops where different universities participate. 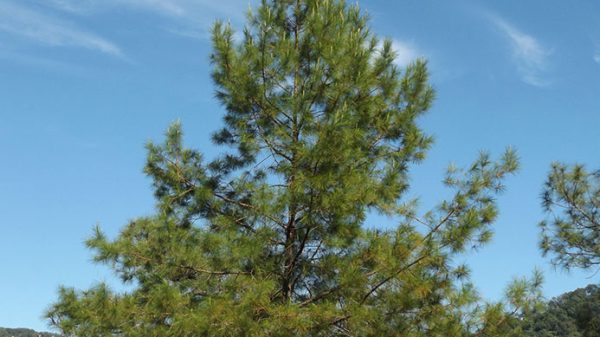 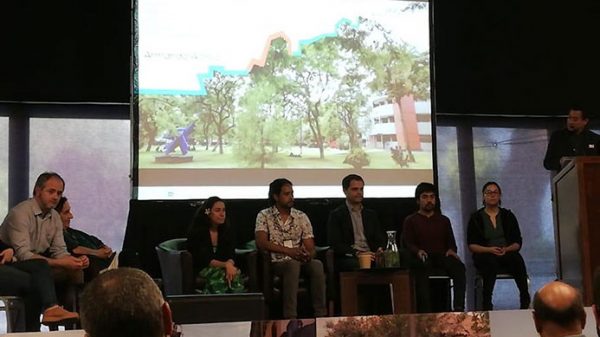 Colombian Architect, with a Master’s Degree in Landscape Design. [...]