The Eternal Presence of the Absent 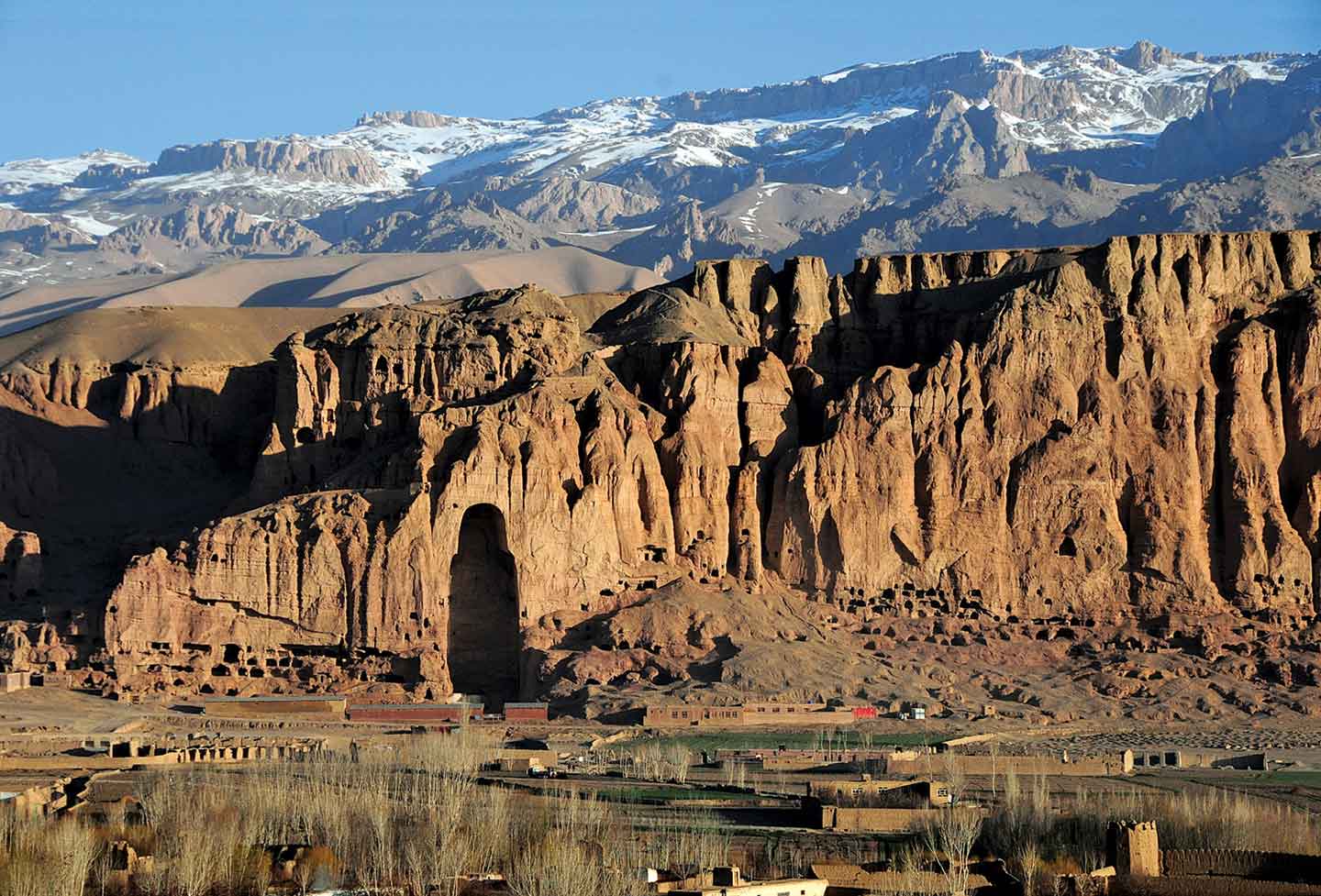 In March 2001, the world watched as the Taliban destroyed two colossal statues of Buddha that dominated the Bamiyán Valley in Afghanistan.

The statues, carved about 1500 years ago, were considered the largest standing Buddha sculptures in the world and were an integral part of both Buddhism and the local culture.

Fourteen years later, UNESCO 1 convened an international competition to build a cultural center in order to protect the existing heritage and promote the social and cultural development of the region. This project received the first prize from among 1070 proposals from 117 countries.

Situated on the ancient Silk Road, Bamiyán is a small town in the central region of Afghanistan.

It is the capital of the homonym province and the cultural and political center of the Hazara ethnic group. Located on a fertile valley crossed by the Foladi River, the town is structured around this river and a long bazaar that is the center of activities and trades in the area. The site of the Bamiyán Cultural Center is located on a ripple landform and linked to the starting point of the bazaar axis.

Winning project of THE UNESCO initiative to build a cultural center in Bamiyan, Afghanistan.

The project attempts to create a place for encounter where the stunning scenery of the Buddha Cliff is woven into the rich cultural activity that the center will house.

The Cultural Center aims to be a social space that can be used to share and communicate ideas. Therefore, the project attempts to create, rather than a building-object, a place for encounter; a system of spaces where the stunning scenery of the Buddha Cliffs is woven into the rich cultural activity that the center will house.

Bamiyán Cultural Center is not built on the common sense of the term but instead constitutes a ‘found’ or ‘discovered’ space while being dug from the ground.

This primordial architectural strategy creates a building of minimal visual impact that integrates with the landscape, while it takes advantage of the thermal inertia and insulation provided by the soil, and pays tribute to the ancient local building traditions. 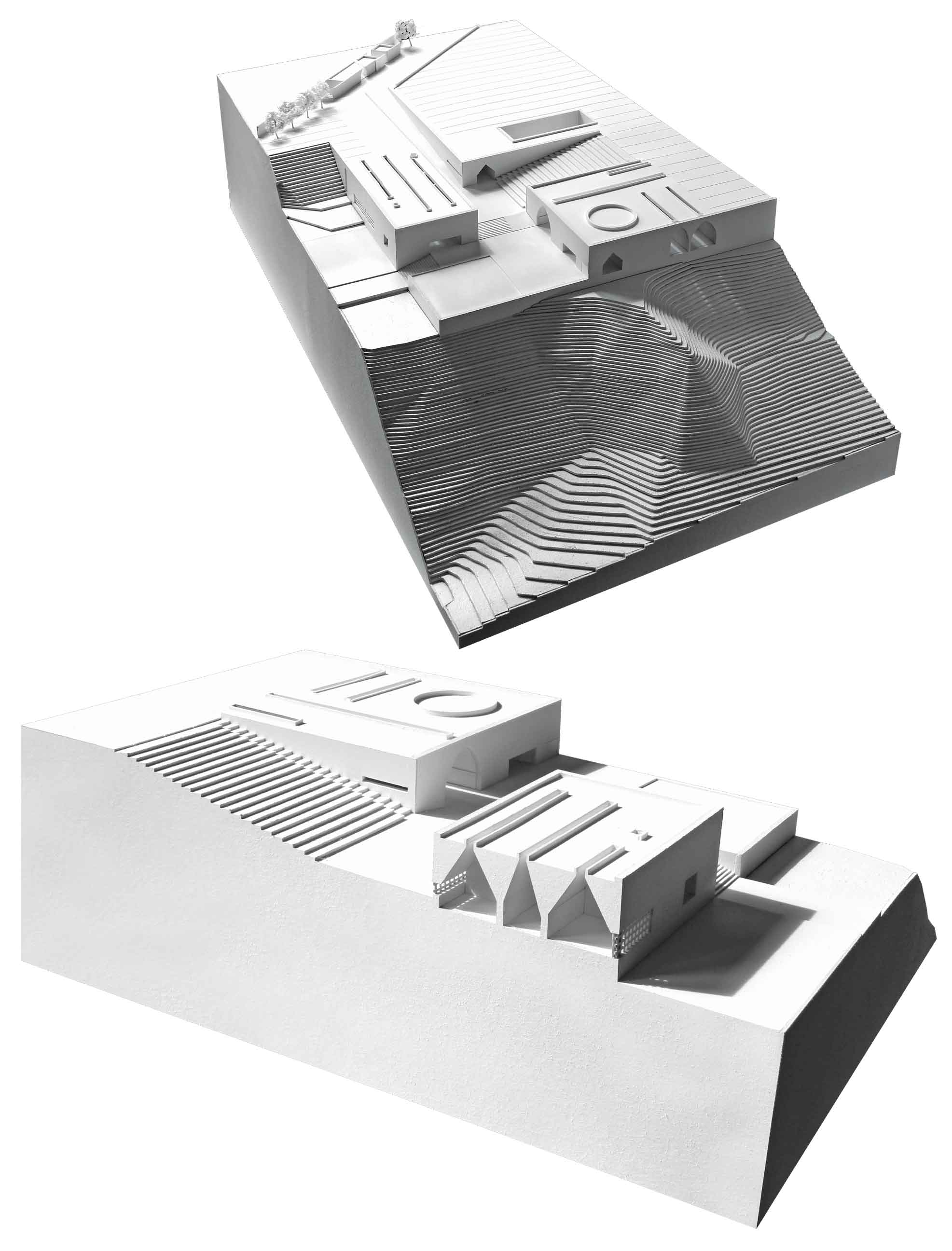 When visitors arrive at the site of the new Cultural Center, instead of finding themselves with a building on the landscape they will encounter a garden, a park opened to the entire population of Bamiyán.

The Cultural Center is located below the entrance level, this feature leaves the panoramic views of the Bamiyán Valley and the Buddha Cliffs completely free of obstructions.

The ceilings of the Cultural Center constitute a set of viewpoints where visitors and locals can get together, admire the landscape and look out to the activities of the center.

These gardens are an essential addition to the program of the assignment, since they offer a public space that will attract the local inhabitants and help establish a link between the center andthe community.

A gentle ramp aligned with the niche of the statue of Western Buddha will guide the visitor to a square that works as the heart of the center.

This square will be an open space for cultural activities. In it, an esplanade that opens onto the views of the Bamiyán Valley can be used for outdoor exhibitions and as an expansion of the cultural center’s interior.

From there, a grand staircase that can be used as an amphitheater for major events, leads to the upper level of the viewpoints.

This division of the program in multiple buildings allows that each one of them can function independently, therefore making possible to reduce maintenance and heating costs.

By burying the building a stable temperature is achieved, the accumulated heat of the earth can be extracted and used as a heating source.

Extreme temperature variations in Bamiyán during the day and throughout the year (between 30 ° C and -20 ° C) require a radical solution.

The main strategy to deal with this extreme weather is derived from the local tradition of digging living spaces inside the mountain.

By burying the building temperature variations are reduced by the high thermal inertia of the soil, a stable temperature is achieved and the accumulated heat of the earth can be extracted and used for heating.

THE SILENCE AND THE EXPERIENCE OF TIME

The spaces of the center are designed to embrace the cultural richness of Bamiyán and to communicate a sense of the history of the place.

All interior spaces are obtained by subtracting from the ground the primary architectural forms as vaults, prisms and pyramidal volumes. These simple shapes make the subtraction of ground spaces process understandable.

The interior spaces, completely lacking in detail and ornamentation, do to their extreme austerity, favor a contemplative attitude.

Strategically placed skylights create lines of light that move accompanying the route of the sun through the sky, making the passing of time visible.

The vaulted spaces of the exhibition area are oriented in line with the axis of the Western Buddha niche and frame the vision to him, providing a dramatic historical background for contemporary cultural events. This makes the contrast and continuity between the Afghan past and the present visible.

The visual silence of the interior and exterior spaces, the rich presence of natural light, and the integration of the cultural landscape of Bamiyán come together to create a place that aims to provide a deep historical sense. 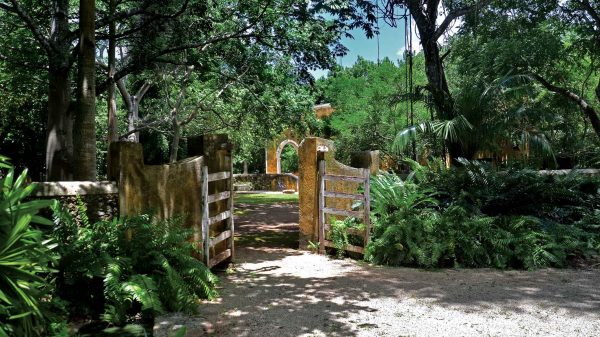 The Tzalancab Hacienda and its magnificent gardens: an intervention [...] 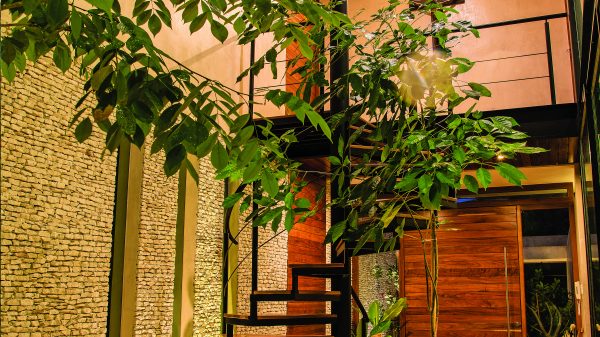 Beach furniture
Restoration and landscape improvement of the Stone Bridge in Bustarviejo, Madrid