This is a project of public space and landscape recovery that includes the most important hydric system of the city, and also aims to create an integrated territory with its inhabitants and natural systems.

ENVIRONMENTAL SYSTEM OF CONECTIVITY FOR THE CITY: LANDSCAPE INTENTIONS

The Project proposes to potentiate the ecological system of the city that lives in the river’s biotic passageway, achieving this by implementing associations of native species on these new public spaces, therefore enriching the city’s flora and fauna.

Nature, therefore, becomes part of the existing and proposed roadway infrastructure, creating a botanical park that arranges the city’s natural systems, organizing them in an environmental circuit within Aburra Valley.

The park seeks to develop environmental awareness, to preserve autochthonous regional species and to connect the valley’s biotic web protecting it from fast urban growth, as well as to appreciate the diverse flora in the territory and to educate through public space. 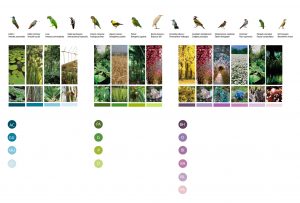 The proposal focuses its efforts on the implementation of new biotic processes that with the passing of time should reconstruct the river’s environmental axis.

This implies that the design was not conceived as a finished product but as the beginning of diverse processes that will evolve through time; seeking one goal: creating an ecosystem with biodiversity that is self-sustaining and able to regenerate the existing environmental tissue. The design seeks a space that evokes nature in an urban context. 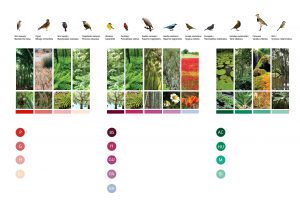 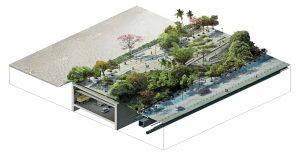 SPECIES SELECTION CRITERIA ACCORDING TO THE SOIL FOR PLANTATION