Near Geneva, the Aire river flows through valleys historically devoted to farming. From late 19th century the river was progressively canalized. In 2001, State of Geneva opened a competition with the idea of restoring the river to its original shape and meanders by destroying the canal. In our winning entry we proposed instead to combine the clear territorial cut of the canal with a parallel new vast divagation space for the river.

In the process the canal became the pointer for the transformations, a reference line giving the possibility to understand a before and an after. A becoming which superimposes both situations and accept that something began which was already there. 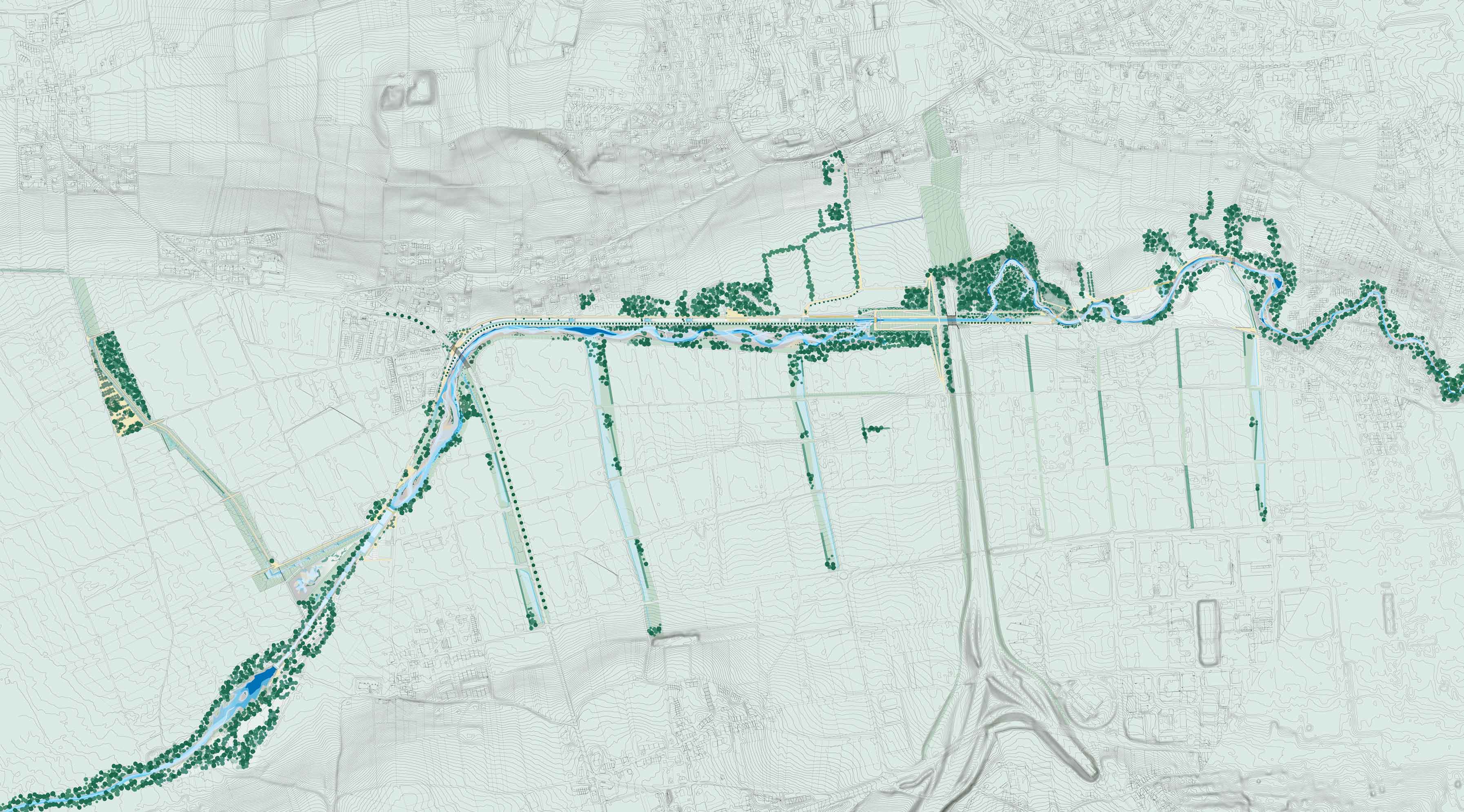 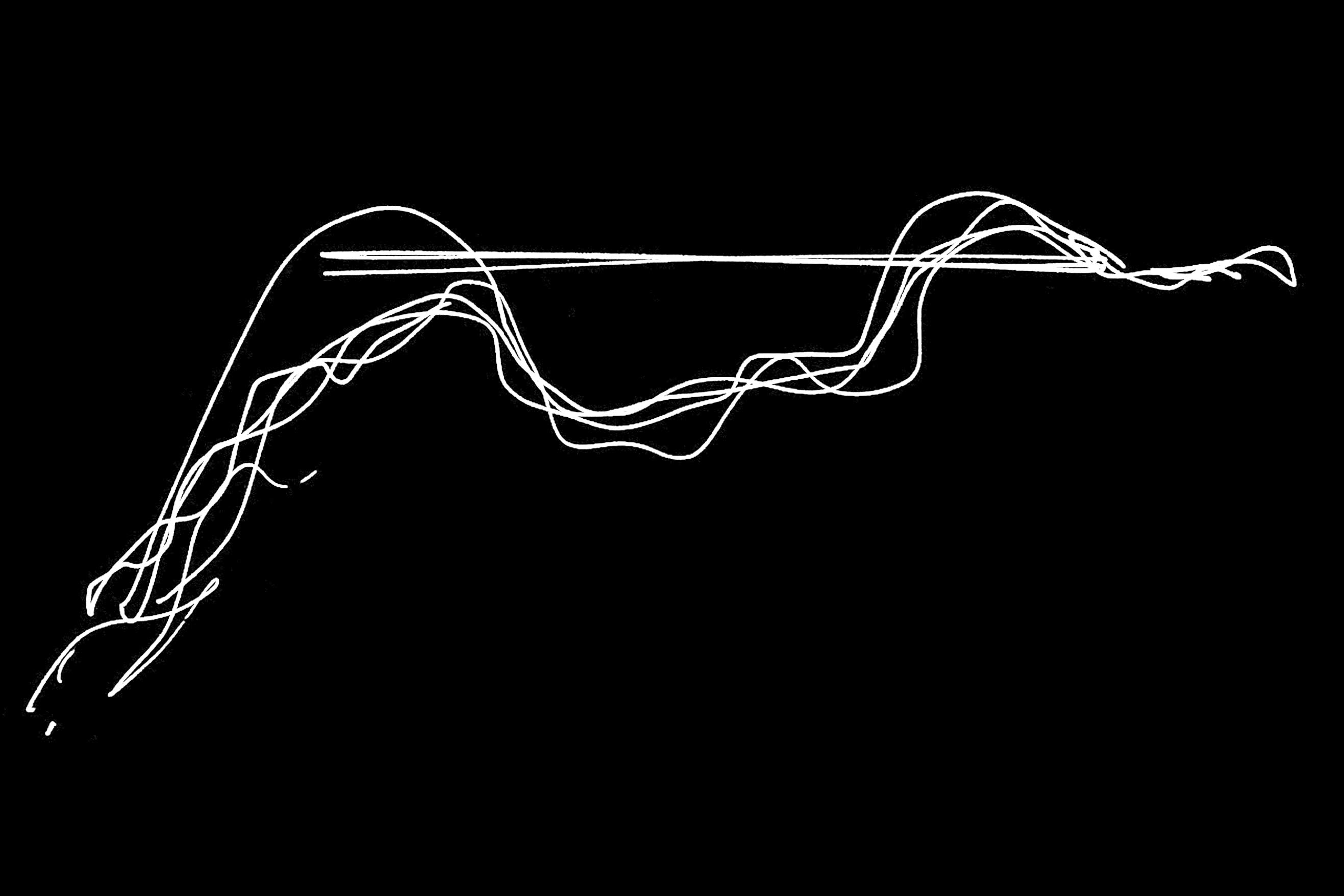 The official justification for the competition brief was an ecological one, in which the legitimated necessities of environmental improvements neglected any design values or considerations. A clear opposition of nature and culture. Our project attempts to propose an alternative path, where the urgent ecological shifts are incorporated in a larger cultural change. 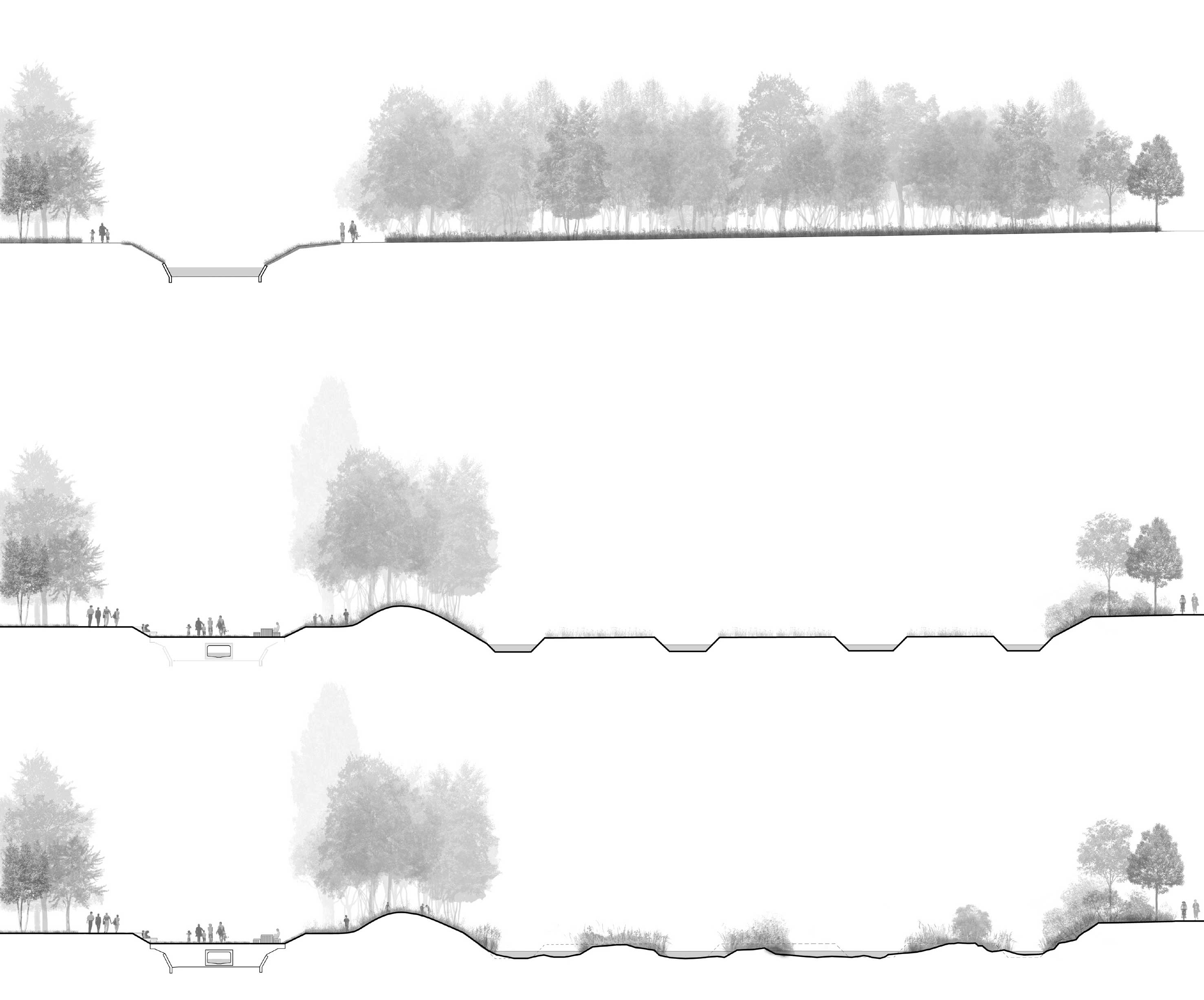 The complex organization of the design associates the new river space and a linear set of gardens in the former canal. In reality the whole design becomes a linear garden. The footprint of the canal is a key device for building the paradoxal blend of calm and questioning, of leisure and knowledge without which there is no real garden. 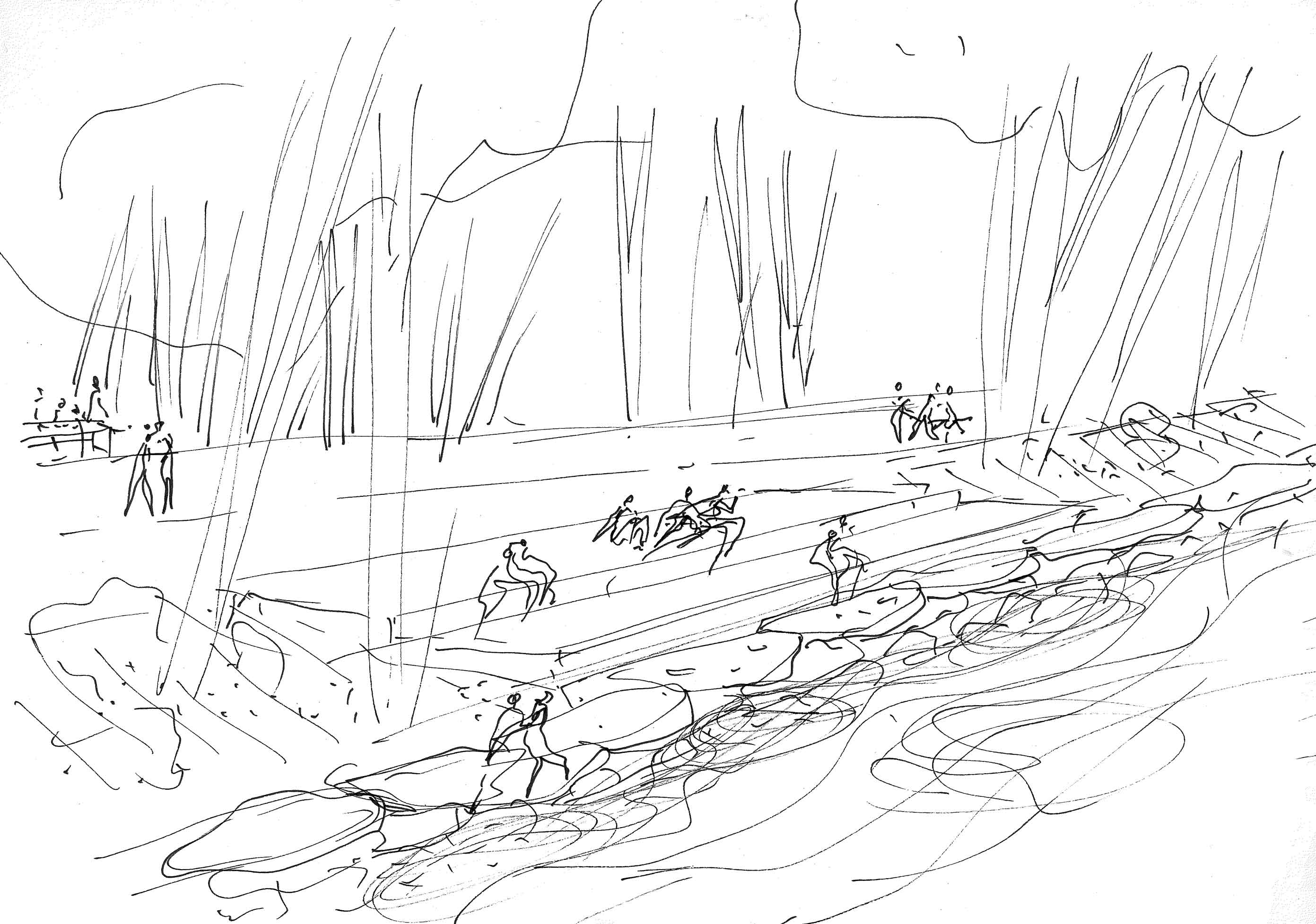 Steps Along the river
Plan: ©Superpositions

Facing the whole watershed, the original morphology of the mountains and the traces of human modifications, this long rivergarden organizes the situations, the views, the confrontations, the presences in a true Einsensteinian montage, aiming at introducing into this fragile and precious territory questions, worries and hopes, through shocking juxtapositions renewing attention and emotion. The presence of this old trace of the canal in a new designed situation built a complex temporality, both very far away, and very present. A collision of space and time. Of memory and desire. 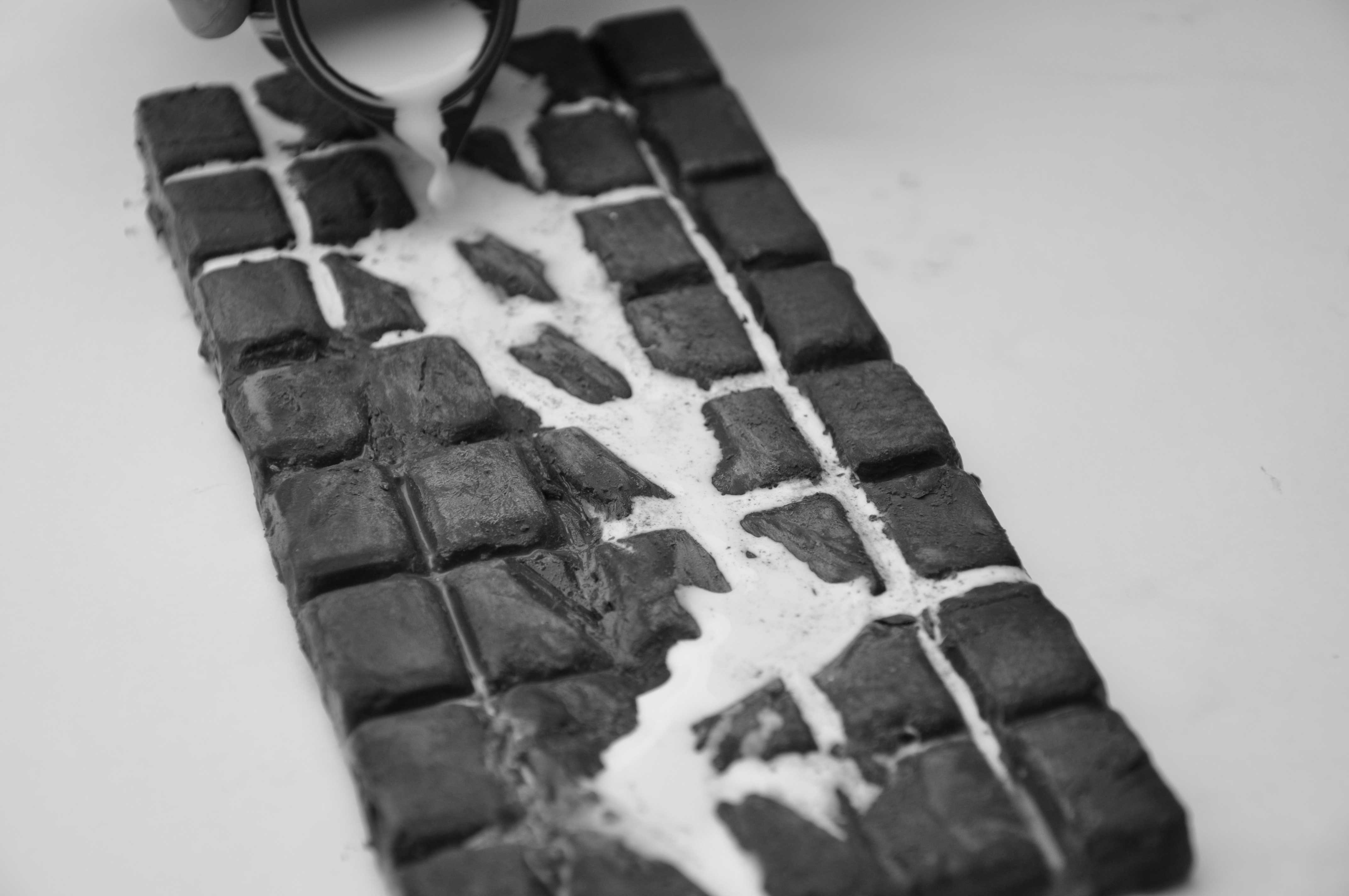 This open-air laboratory character is at its maximum with the design of the new riverbed. There, conscious of the useless effort to design a fixed river bed, and well aware that a river loves to design itself freely – we instead risked a launching pattern, an initiating process whose addresses the river flow and a prepared terrain. This diamond-shape diagram, based on the percolation principle with dissipatives forces shapes, opens a complex web of undetermined channels for the flows.

These channels were excavated along the entire new river bed, first by removing the humus layer, and then digging the entire diagram in maintaining a precise control of the longitudinal profile of the river. The dimensions of these lozenges islands were configured in order to be able to accept the amplitudes of the former, historical meanders.

The result is spectacular and suggest a conceptual link with the works of many earthworks artists, effecting clearly artificial interventions in a natural situation, thereafter let to the mercy of the natural forces of erosion. One year after the flows invaded the new river space, the results are beyond our most optimistic expectations: the river flows displace diverse materials, sediments, gravels, sands and the initial geometrical matrix of lozenges gives birth, with a very surprising path, to an extreme diversity of the fluvial geomorphology.

The monitoring of the processes at work are now a key mission of the design team: to observe, measure and confront all the processes at work in the river bed -with the most advanced technological tools– in this huge laboratory. And a first conclusion is that we have to accept this paradox: the more defined the launching grid given to the river, the more the river will be free to design.