A living area where the senses experience a universe of silence and mystery, prompting the question about the poetic meaning of its most sublime components.

The Citizen Park’s history begins long before the project itself. In October 2014, the LXXIII legislature of the H. Nuevo Leon Congress gave a statement for the development of a parking lot on the premises with a public investment of 55 MDP. Given, this, a group of citizens and civil societies manifested agains this decision causing a reaction and general consideration. In January 2015, they camped for 13 days, not only with the suggestion to change the use of the property to a green and public place, which could enhance the quality of life of people who daily cross and remain on the corner Mariano Matamoros y Mariano Escobedo. During 2016 and beginning of 2017, the idea of convening an open competition for the design and execution of the Citizen Park was worked on and promoted. 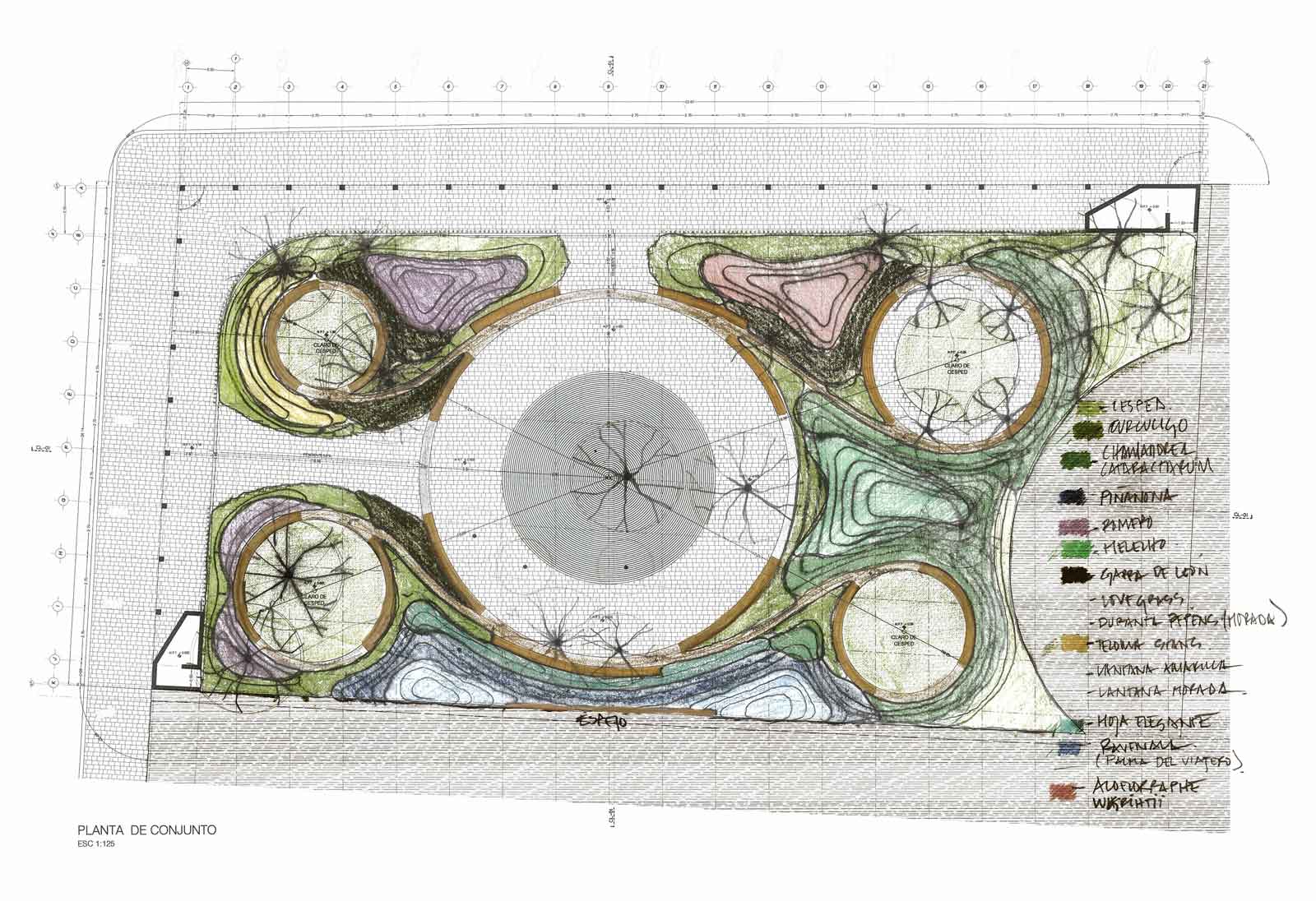 The idea of designing a park, did not entirely understand the relationship and nature that the site expressed, a park is perceived as an open space and with a few boundaries. The physical situation of the surroundings and the way in which the area is used caused the interest to examine the idea of a garden, to think of green spaces that do not exist in the imaginary collective of Monterrey, but that can give us a sense of identity and change the way we live the center of the cities. 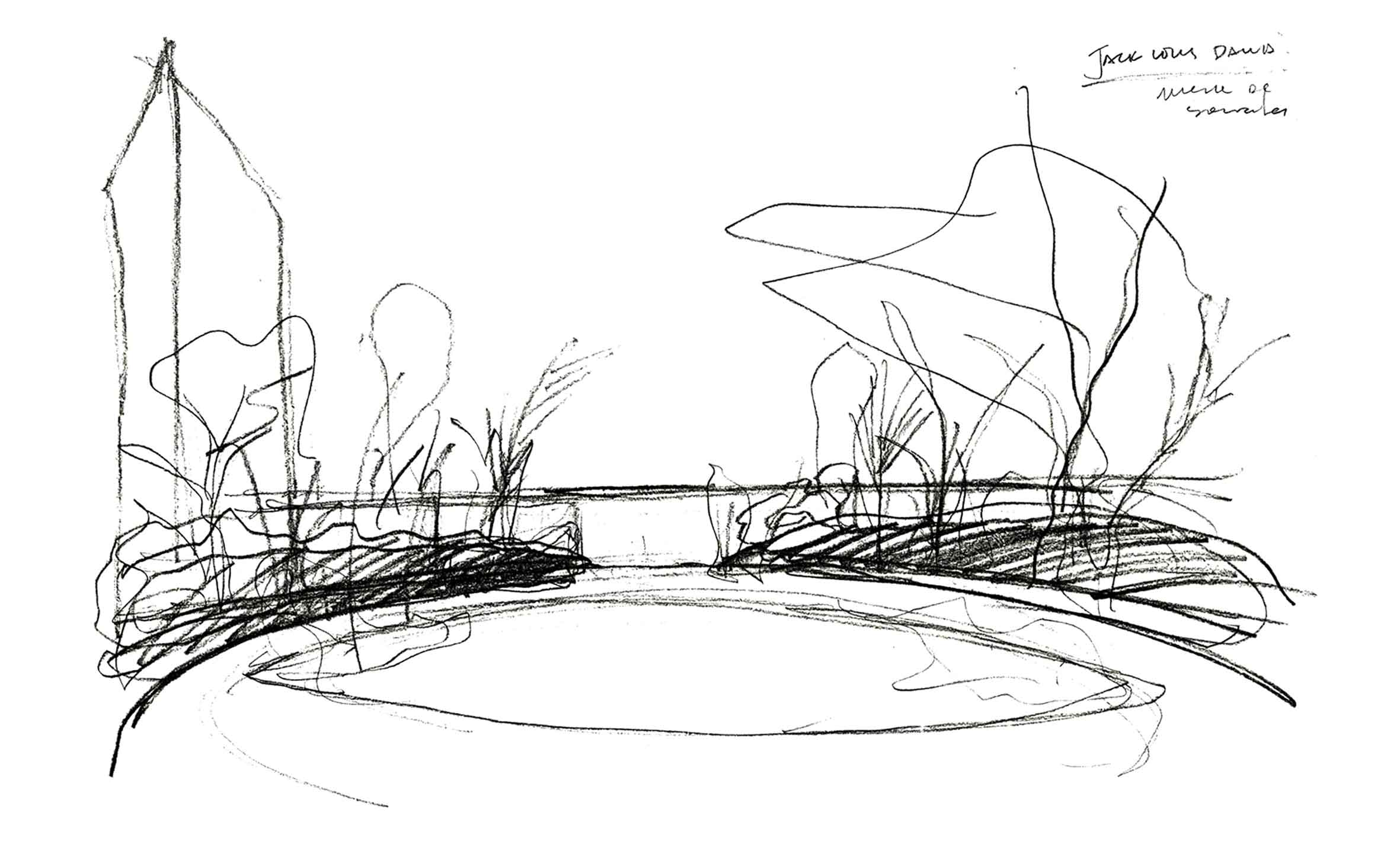 “The citizen garden can be define as a  house with a central courtyard, whete the opening to the sky, express the idea of an open and social space.” 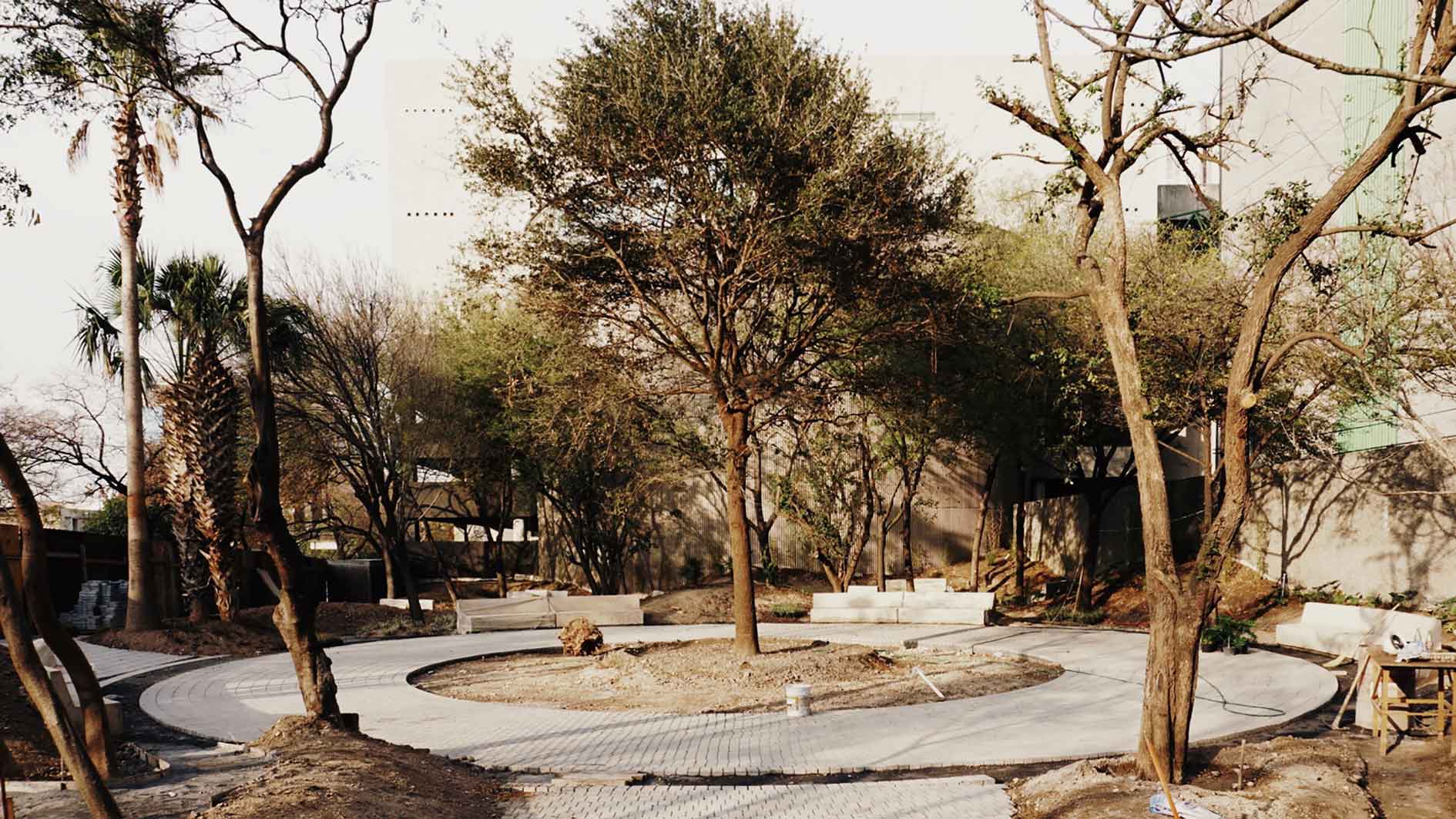 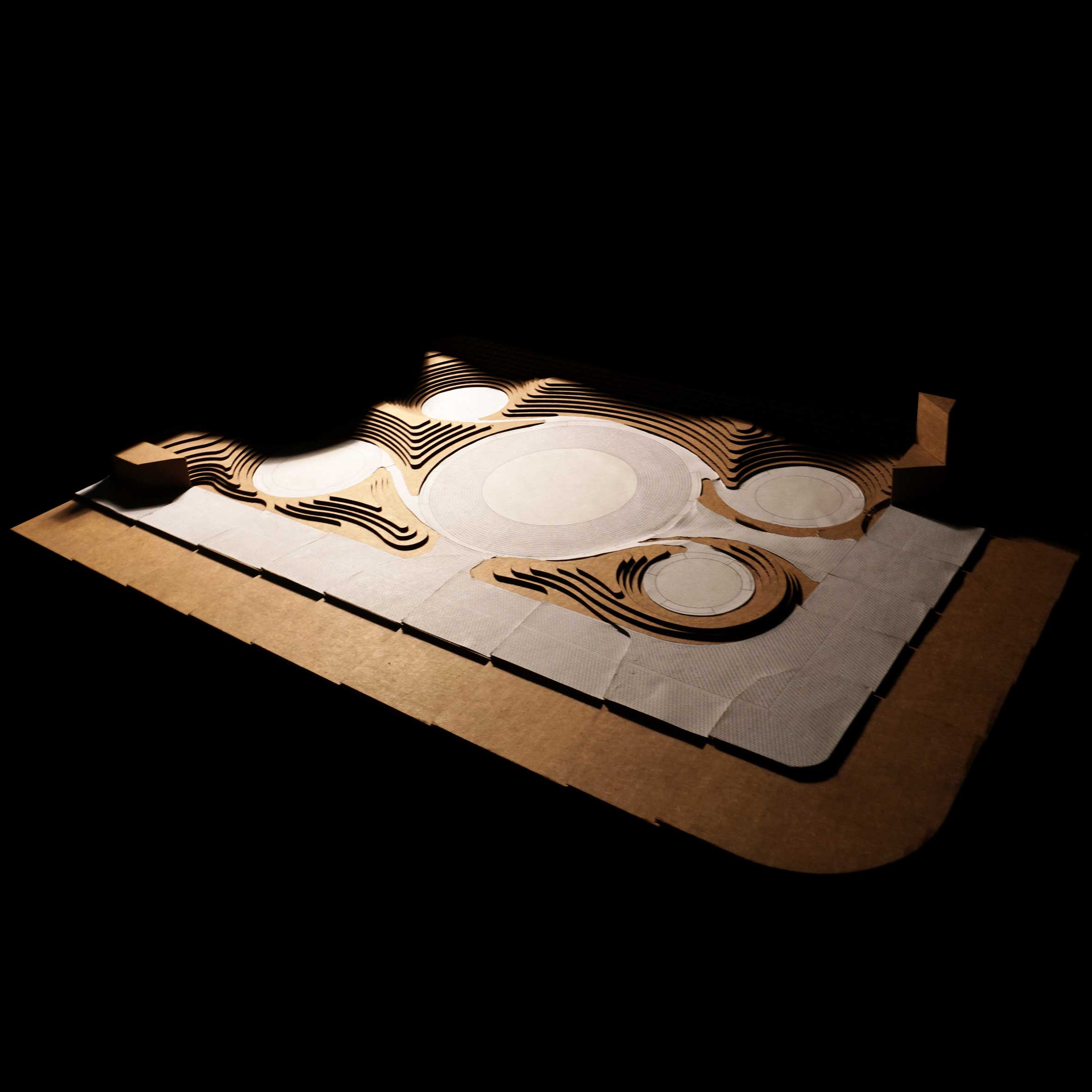 The four corners of the garden contain the courtyard, each with his own character and responding to its boundaries; these four spaces cause an atmosphere of intimacy, a refuge help by natural limits, the landscape is the material that allows us to understand how to inhabit the area. 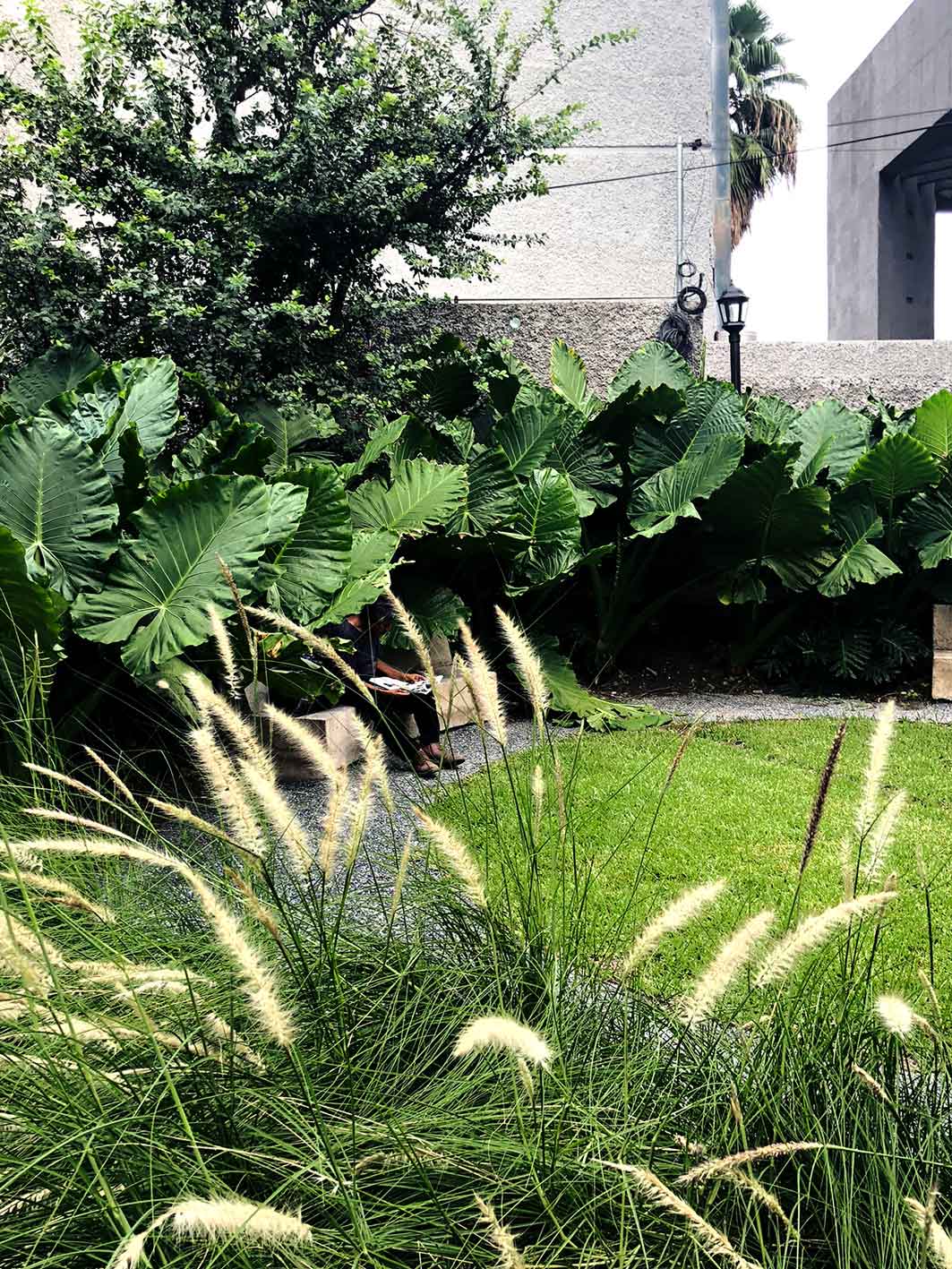 A garden can provide us intimate spaces, dense vegetation that can be use as limit and guide, it can create semi-labyrinthine routes, it allow us to discover and contemplate the gloom, it makes us transition from a big space to a small one, discovering surprises in its paths, finding areas with light and some with shadow, a garden also has the ability to narrow us stories and to make us remain in quiet and contemplate the surrounders. Its matter is alive; It grows, reacts, changes smells, colors, and shapes. It becomes a new citizen. 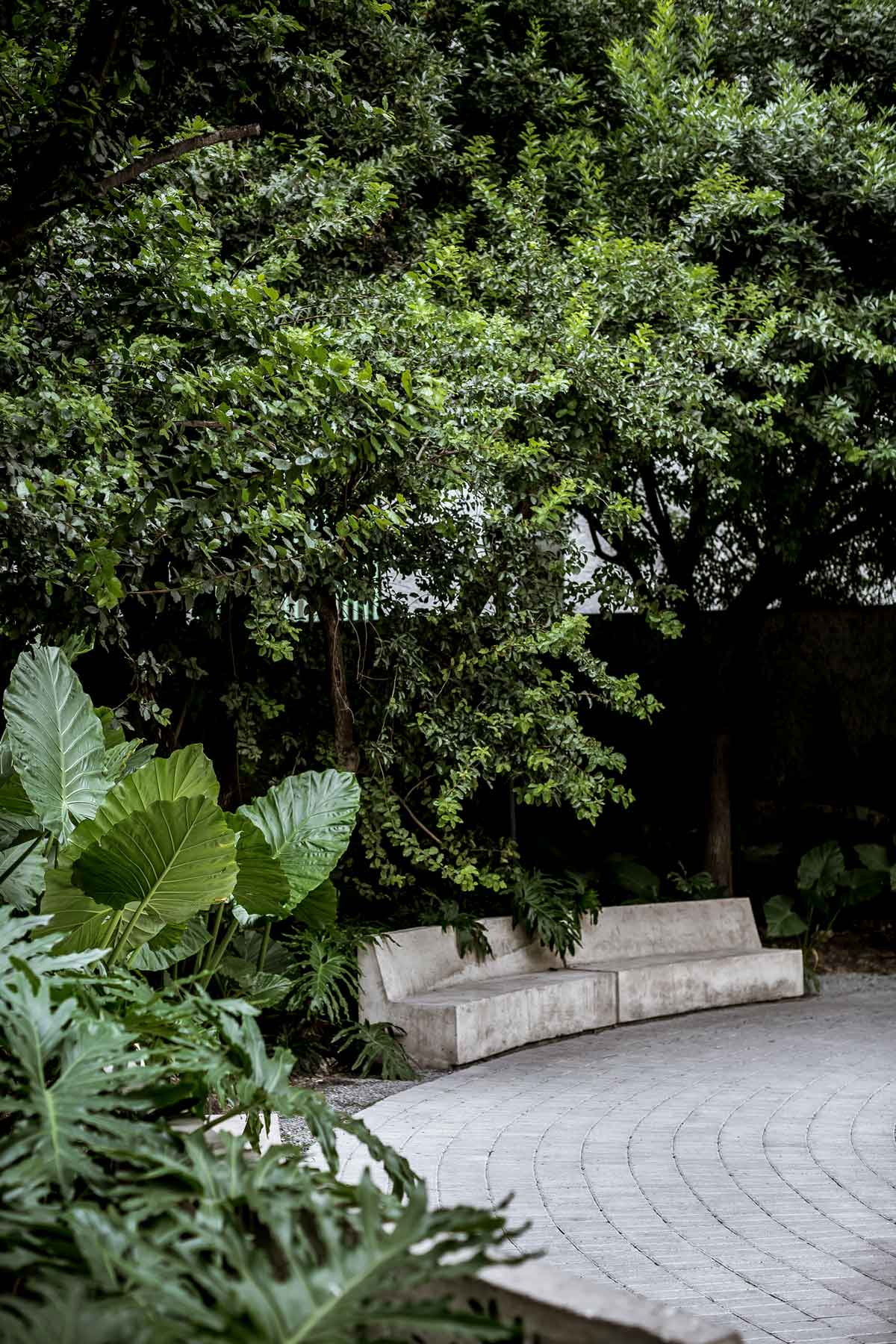 This project is an approach to the possibility of experiencing the city center in a different way. A common and meeting space with the ability to share ideas, meet new people, express our self, and improve as citizens, but also with the capacity to feel a universe of silence and mystery. When history is rejected, the search for memory is rejected and causes detachment of human quality.
The Citizen Park is the reflection of the effort to promote spaces that people can remember, appreciate and share to new generations, intended not only as playful and entertainment places, but also as places of meditation, permanence, and identity. 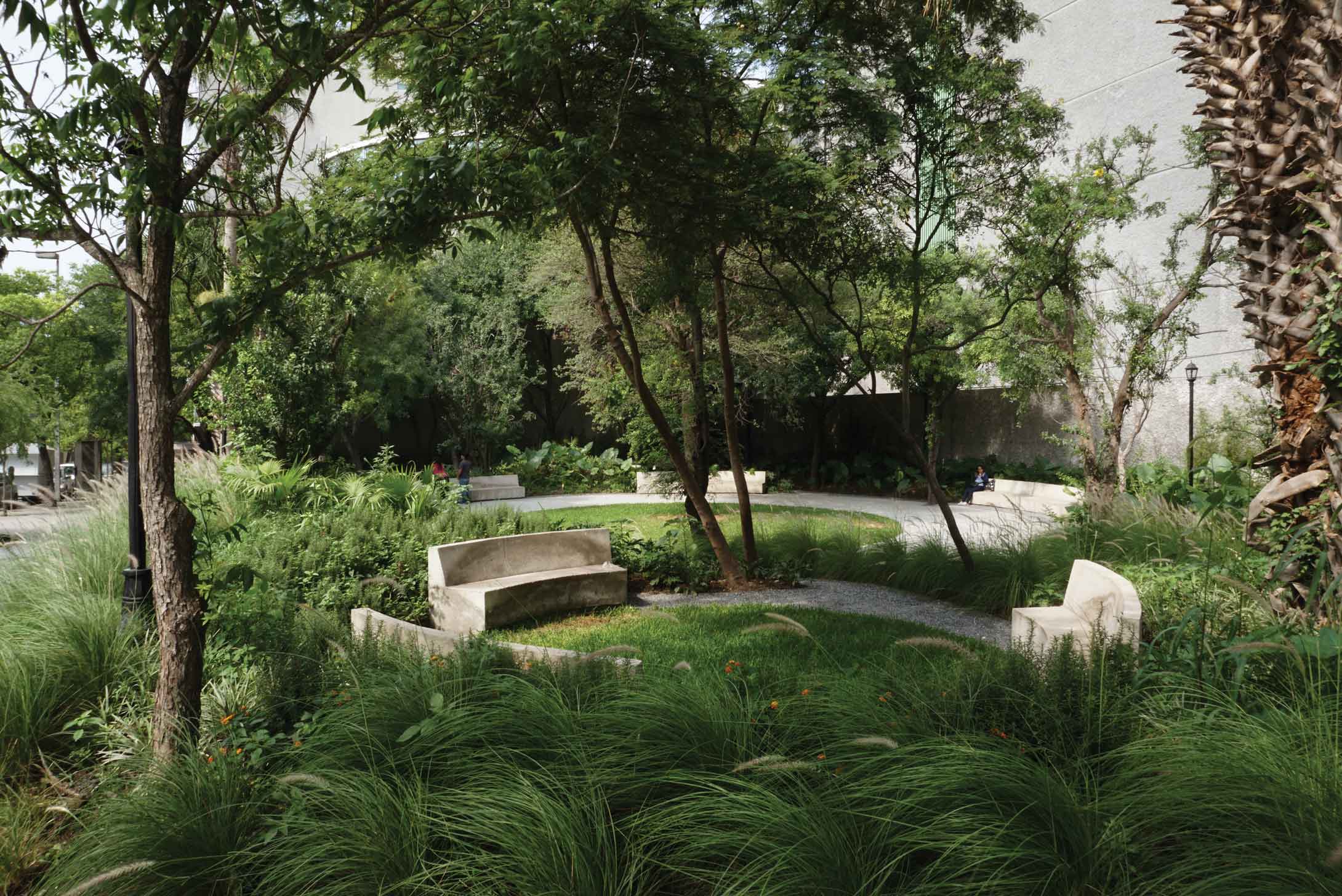