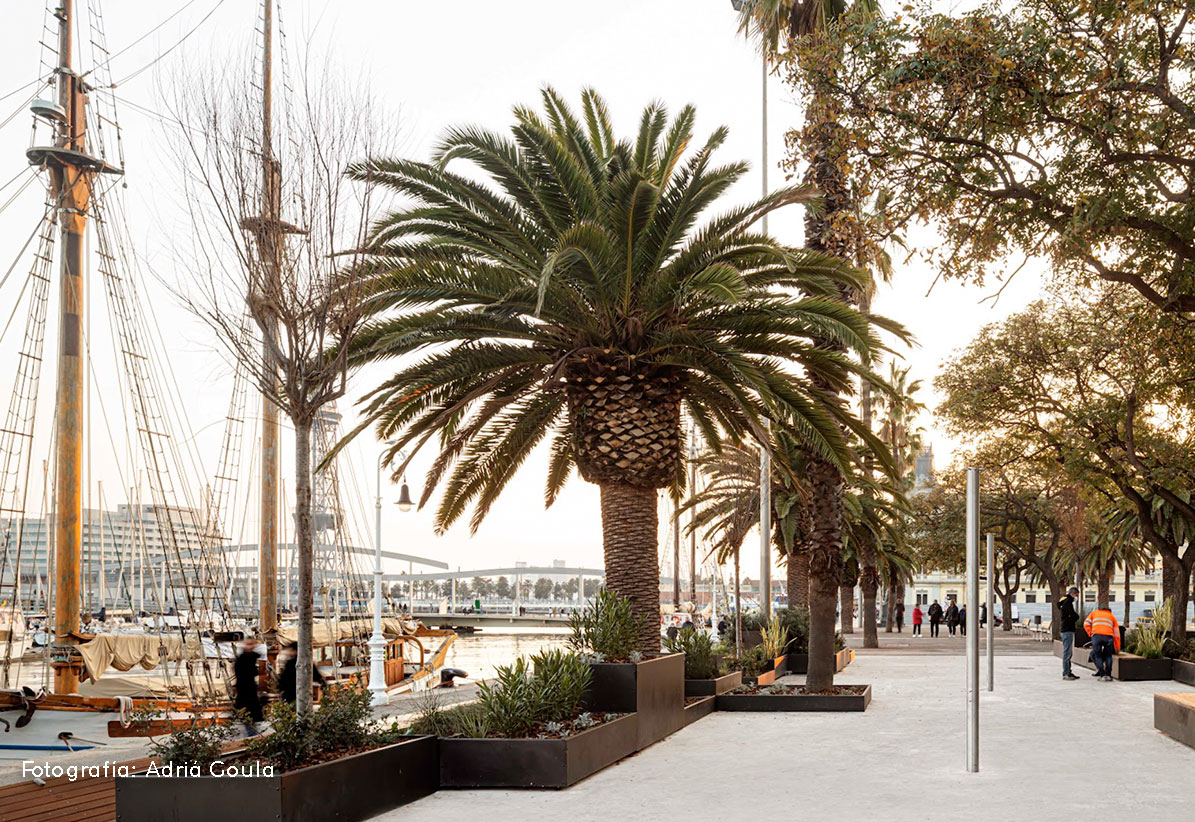 Scob architecture and landscape practice has designed seven “Climate islands” architectural- landscape interventions, a pioneering initiative in the creation of inviting, green urban environments, capable of mitigating the impact of climate change. An operation of “urban acupuncture” that adds new layers to the pre-existing territory and urban intervention that requires a strategic urban vision and careful control of small-scale architecture..

The project re-imagines the area closest to the sea edge around Port Vell, as a response to emerging citizen requirements with a focus on the strategic points of contact and proximity with the urban context, that allow for a closer integration of these new spaces in the port for the residents of the Gothic and Barceloneta neighbourhoods. Where elements such an overhead pass, the continuation of the street pattern, established planting and favourable climatic conditions come together to describe the point of intervention. 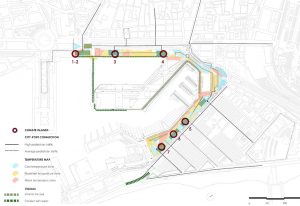 The interventions as such, from a socio-environmental viewpoint, combine initiatives like the “Sustainable Development Goals 2030” from the WHO, the pilot program “Inclusive climate action” by C40 Cities or the “Metropolitan Climate Shelter Networks”, among others. This integrated focus provides the “climate islands” with their urban space character which is both of their time and the future, growing out of a process which started 30 years previously

The perimeter path around the Port Vell is reinforced by celebrating its unique defining character: being able to walk beside the water’s edge. This intervention is pioneering because of its landscape criteria which are underpinned by: Ribbon of pearls or patches of ecological importance which together form stepping stones (Richard T. T. Forman) providing meeting, resting and recreational nodes while also improving urban biodiversity. To ensure the success of these links, the distance between them is no greater than a 5 minute walk. The innate and unique existing conditions of this boundary between sea and land are assimilated into the project narrative in order to connect these islands to their context. Recognising and emphasising these conditions of shelter and climatic comfort, the visual relationship with the water’s surface and favoured viewing and resting spots, lend a contemporary urban aspect which has been missing here. If we read the project from a landscaping perspective, we discover that the Moll de Bosch i Alsina (port quay) and the Passeig Joan de Borbó transform their current urban character and take on a more fluid episodid quality. 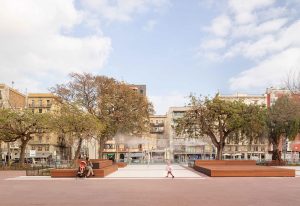 Thereby becoming part of a strategy that combines the individual quality of each of the places to feed into a system of more complex relationships that acts as a catalyst for biodiversity. To encourage a more inviting and greener level of comfort that helps improve the user experience, specific technical solutions are implemented that include: the design of low- budget urban furniture, the planting of vegetation sourced from similar Mediterranean climates, the use of water vapour systems (cloud) activated sequentially during periods of intense heat and the installation of paving with a low thermal index capable of attenuating the ambient temperature.

This modular, cost-effective and easily reproduceable approach builds a recognisable imaginary that links the “islands” to one another and seeks an inclusive and shared neutrality reflecting a diverse, changing and unknown reality. The project proposes new designs and ergonomics that promote social interaction and other ways of enjoying public space. 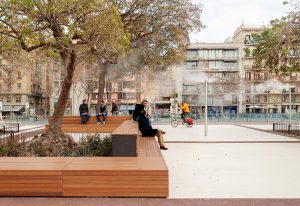 All these elements are integrated into a project originally constructed during the 80s and 90s. Planting criteria based on compositions of greenery that mix plant colours and heights depending on the individual area, to help generate diverse settings. The featured plant species combine bushes of variable sizes, grasses of diferent heights and trees, such as Tamarisk and Pine, which are integrated with the existing ones. Plants from diferent Mediterranean climates are used, adapted and resistant to saline environments. This proposal is pioneering in the integration of “blue” within the public space in the form of water clouds (a system of vapour masts with sequential activation). This resource allows the immediate area to be refreshed, cooling the air and thus reinforcing Barcelona as a city of play 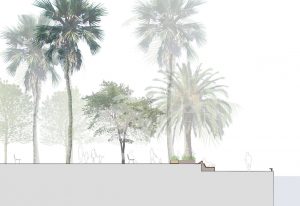 The provision of a new continuous paving made of white resin with a low thermal index and red asphalt allowing the thermal sensation to be reduced by several degrees while reflecting more light, turning the “islands” into safer spaces. The proposal features “cradle to cradle” principles given that it includes materials such as wood from the chestnut tree in the form of slats, which can be up-cycled without the loss of its intrinsic value. Thanks to the design, these components that make up the spaces can be easily separated out into basic materials, and be turned into other elements of urban furniture. 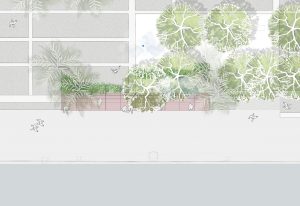 The ultimate aim of these interventions is to improve the quality of life for people bearing in mind that social interaction within public spaces is essential for the development of the human species. All generations will find an environment for socialising and contributing to their wellbeing in these places. Avoiding the “abandonment, elimination or neglect” of this basic necessity is of crucial importance. (Jan Gehl). In the words of Sergi Carulla and Oscar Blasco, co-founders of SCOB: “A climate island provides the opportunity of addressing the gap between wanting to improve bio diversity in cities and the need to provide spaces that are suited to social interaction. A complicated problem to solve given the competing agendas with regard to scale and the layers of overlapping information required. To do that each green nodal point requires an in-depth knowledge of urban land- scape with particular attention being paid to all project decisions that provide efficient and viable ecological advantages.” 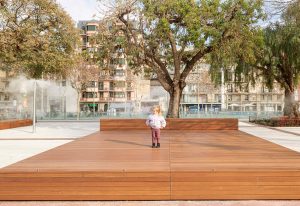 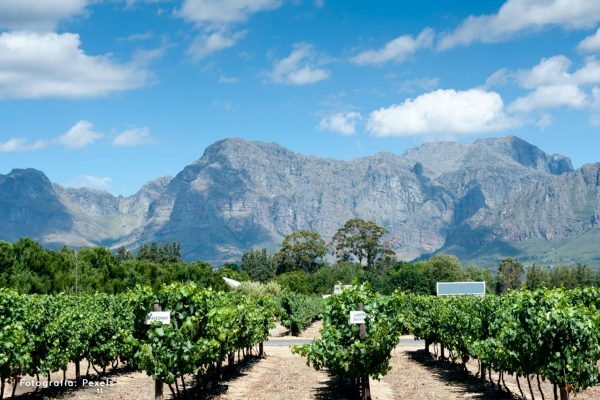 The taste of the Landscape

Much of the cultural heritage of each region of the world is embodied in its dishes, learn about this in
Read More 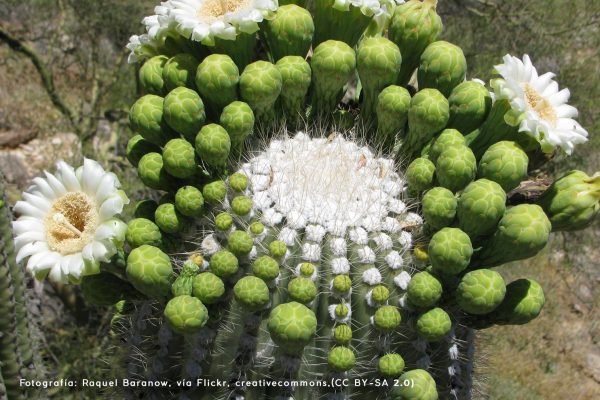 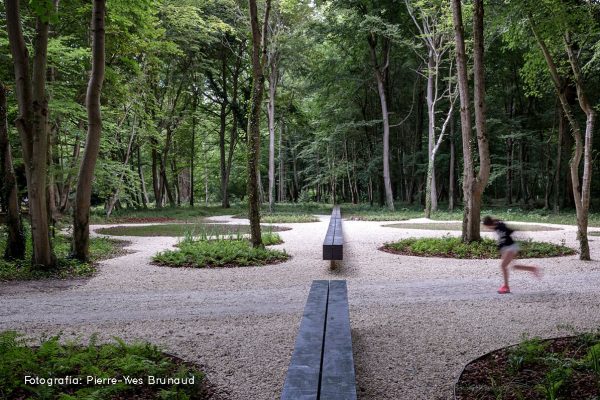 Gilles BRUSSET talks about his project “The third train”, a place of contemplation, meditation and celebration of life The Armistice
Read More