The Terrace, a Viewpoint towards the Landscape

The Terrace, a Viewpoint towards the Landscape

A terrace is an external area that is open and flat, it is used, either as an integral element of the landscape, as an extension at the top of a building, or at ground level supported by an embankment or a solid base (whether natural or artificial). The term commonly applies to an elevated platform in front of a building surrounded by a rail. They are generally open to heaven or partially covered. These are used for leisure activities, to rest, meditate and mainly to appreciate a view or a landscape. Since prehistoric times, different civilizations created agricultural terraces on natural lands for agricultural production purposes, and were of invaluable value for the development of agronomy throughout the world, as they served as a natural irrigation system. Platforms were formed at different levels taking advantage of the slopes of the mountains (from a higher one to a lower one), so that, when the upper platform became saturated with water, by gravity it descended to the lower ones, achieving a uniform and sustained irrigation. 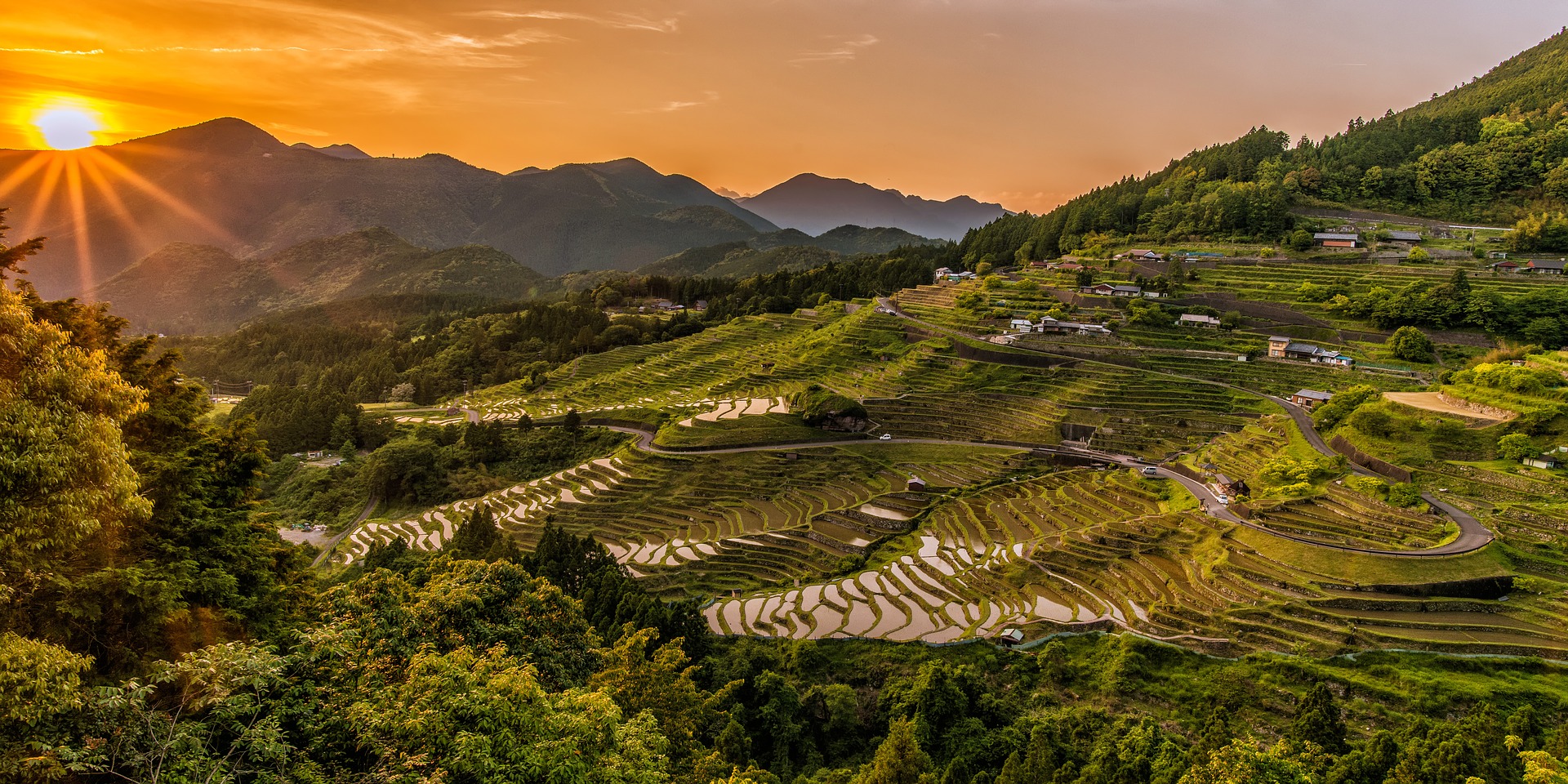 The architectural terraces are equally old. Examples of them have been found in the Middle East in Nahal Oren and in Tel Yarmut dated between 2500 B.C. These spread worldwide and we can find examples of them in many places in Asia and in sites as remote as Babeldaob Island in the Pacific Ocean. They can be open or partially covered, this of course, according to the weather and the place. In the West, they were also used extensively since 1700 B.C. throughout Greece, both in public and private architecture. You can find terraces created by taking advantage of the roofs of houses or buildings in Knossos. They were also widely used in the Roman Empire, and their use spread throughout Europe in houses and temples such as those on the island of Java since 800 A.D. They are often used in private residences. In Asia, traditional Thai houses are built around a central terrace, or a chaan. Architectural theories for the use and design of terraces vary widely from the geographical and historical point of view. In the first part of the 20th century, architects Henry and Theodore Hubbard argued that the basic function of a terrace was “an interesting element of an even more interesting building.” 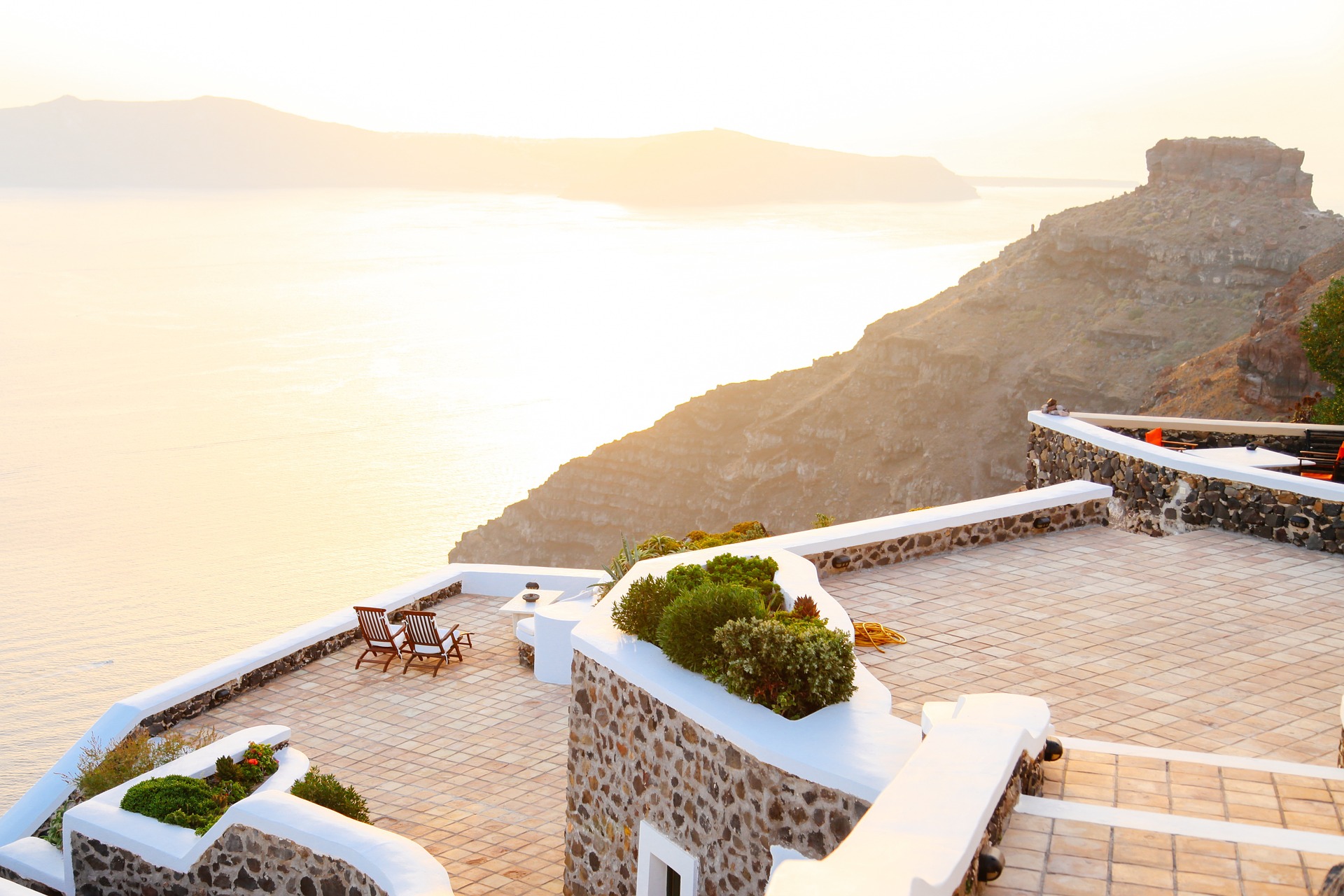 More recently, the English architect Catherine Dee has stated that terraces are most commonly used to link the structure to the landscape and, as an extension of the living space. According to her, terraces are even one of the most used forms of architecture in the 21st century, along with the entrance hallways, stairs and corridors1. The terraces should not always protrude from a building; A flat roof area can be used for social activity. In Venice, Italy, for example, the roof terrace (or altana) is the most common form of terrace found in the vast majority of buildings. Developed around 1500 A.D., they consist of a wooden platform with small spaces between the floorboards. The altana was originally a place where clothes were hung to dry (hence the spaces on the floor where water could pass). Today, however, these are primarily used for social purposes. 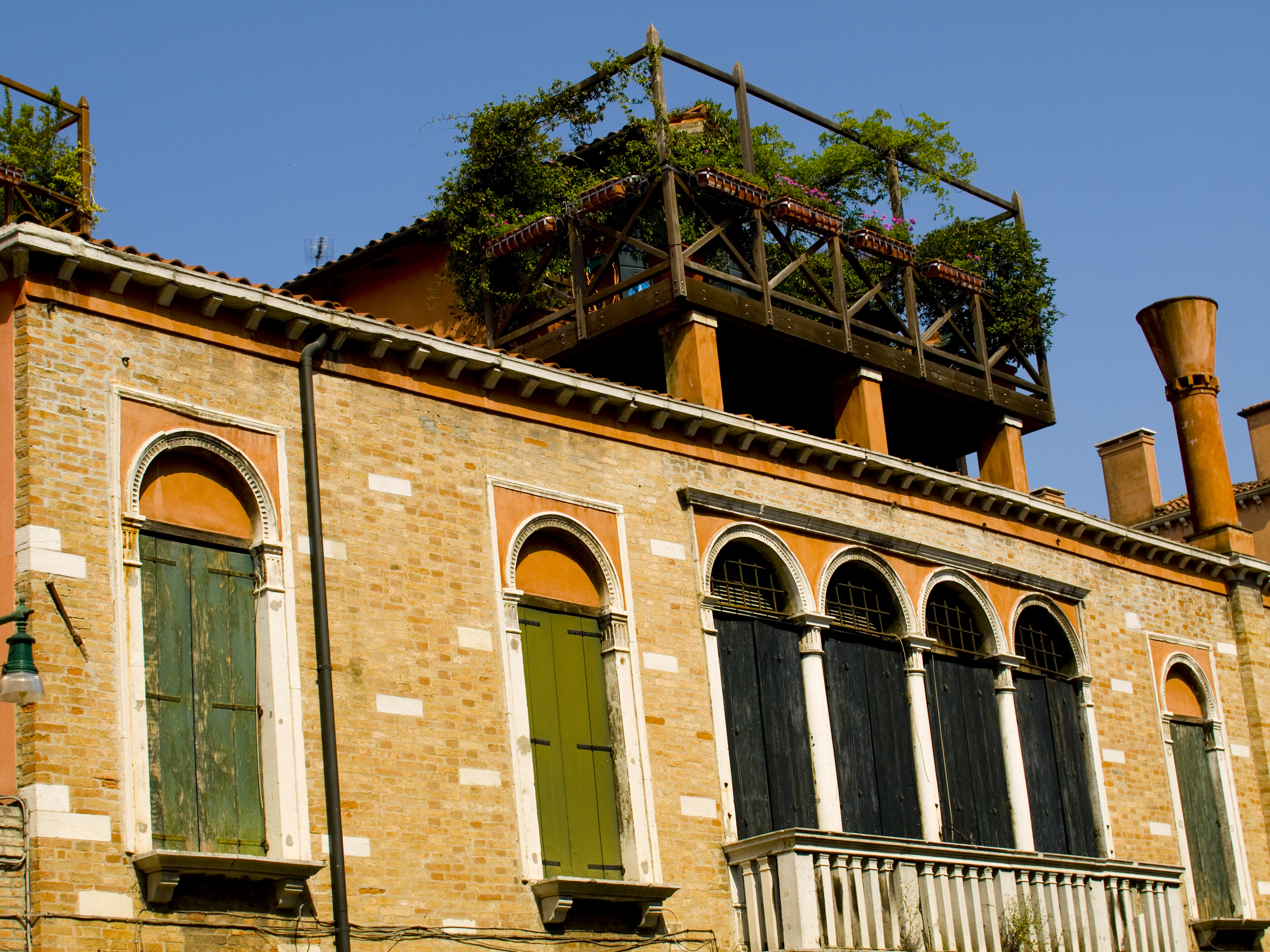 In the mountains or on a suitable terrain with good visibility, observation terraces are often created at ground level on roads, these are called viewpoints. The platform itself can be designed as an outdoor area, partially or totally covered or shaded by a canopy or pergola. The outer space can be connected directly to the terrace or be on a lower or upper level on a slope and connected by stairs or ramps to the platform.

“The terrace invite us to enjoy and appreciate the landscape, which connects us with the environment and gives us the possibility of framing a particular view of a landscape.” 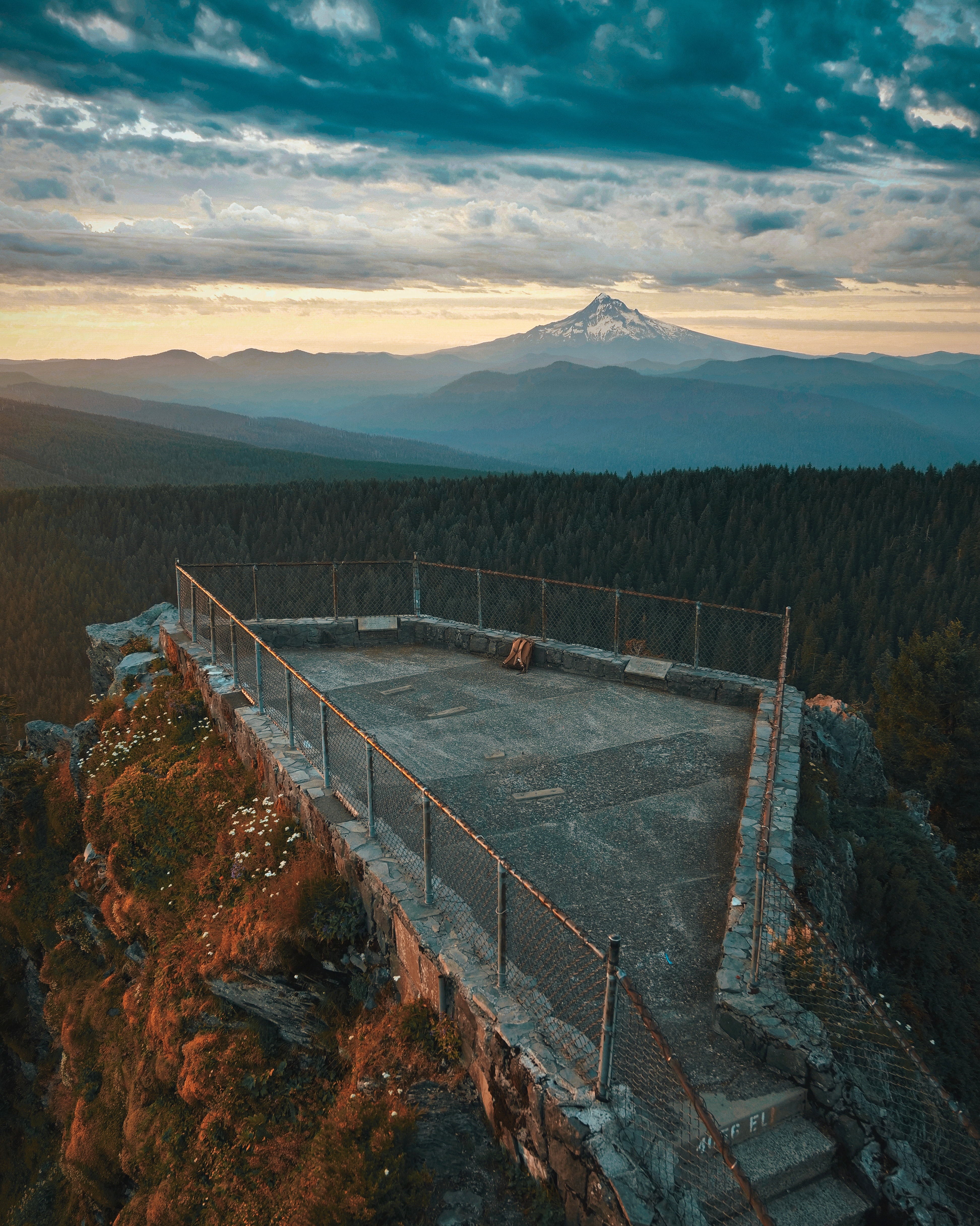 The terrace itself is like an outside patio. As an architectural element, it implies a transition between the interior of a building and the adjacent space, but, unlike the courtyard, it looks outwards and not inwards. In addition, the patio is delimited by buildings and corridors, while the terrace is generally open at least on one side (the one facing the view). It is therefore a point with a privileged location that invites us to enjoy and appreciate the landscape, which connects us with the environment and gives us the possibility of framing a particular view of a landscape, creating a physical and spiritual connection with it. Therefore, it is a viewpoint that serves as a space of transition to infinity, where a man, in an unbeatable armchair, becomes a privileged spectator of a view where the landscape is the main actor. 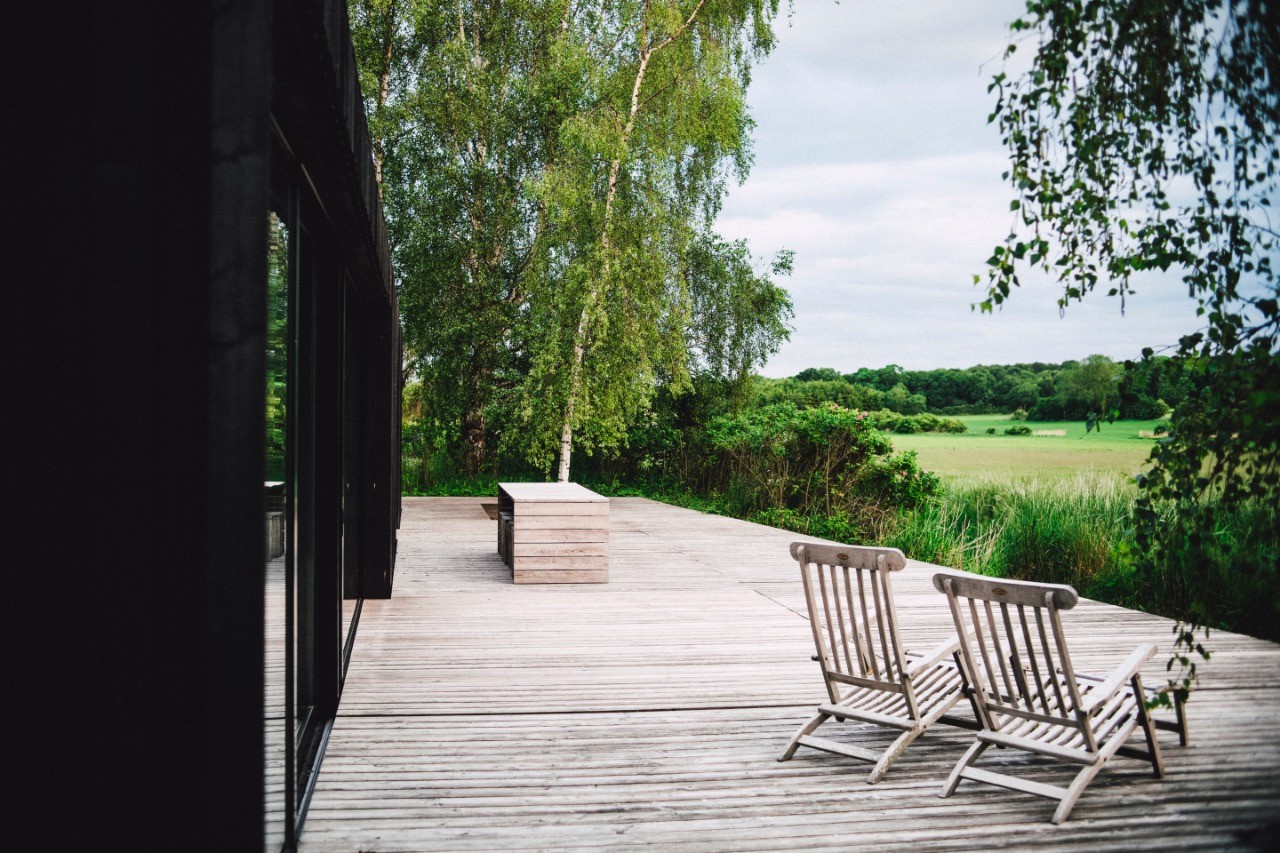 The terrace is a viewpoint that serves as a space of transition to infinity
Photography: Pexels.com