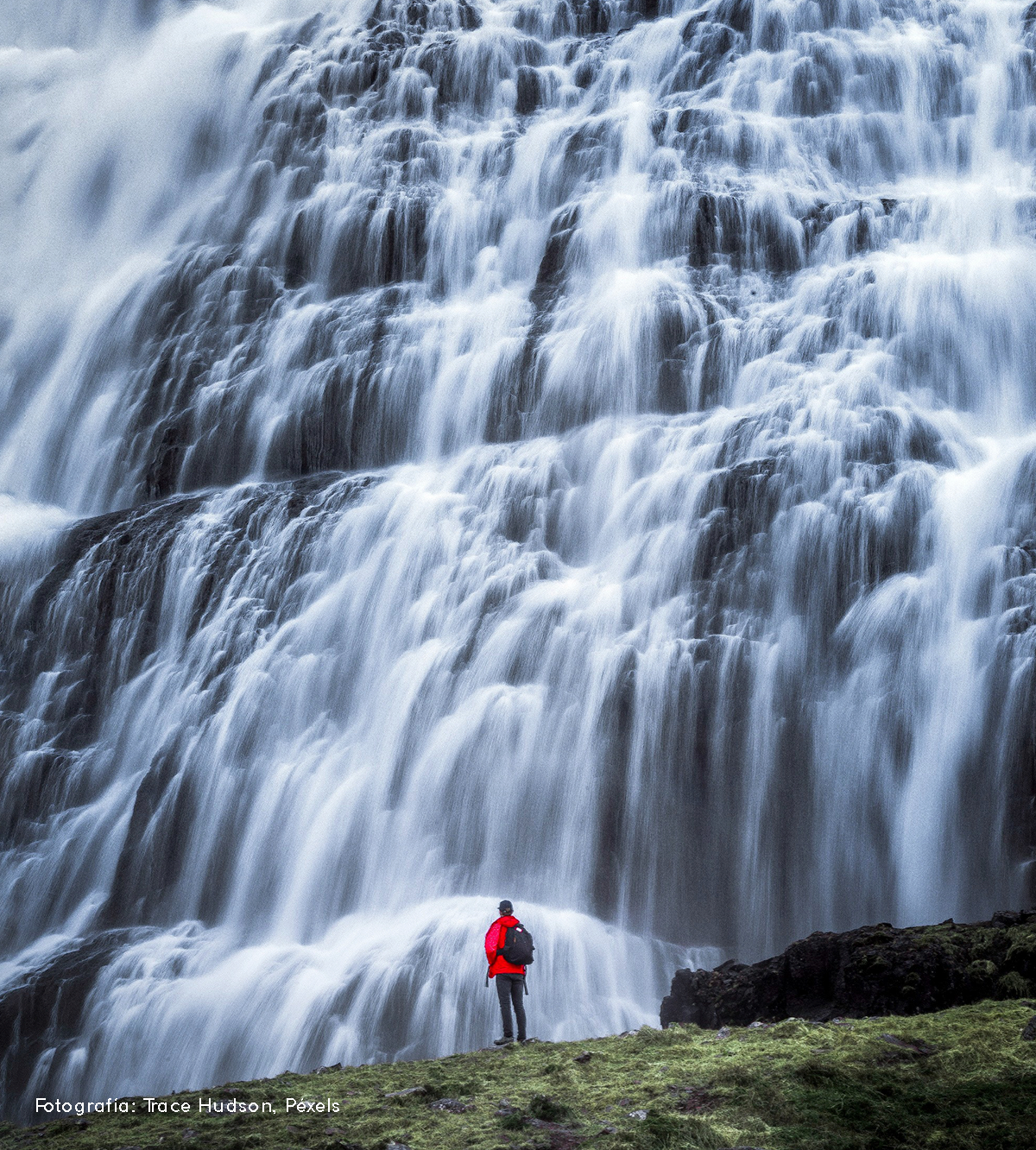 What if we lived in a world without shapes, smells, colors, sounds and tastes? What if that reality that surrounds us and that we take for granted did not exist, or was not as we perceive it?

Contemplate a sunset in autumn and enjoy the orange tones that dye the sky; the smell of coffee in the morning; the sound of raindrops hitting the window; the touch of sand as it slips through our fingers. What if none of this existed? If the sea was not blue, nor the sugar sweet, nor any smell arose from the flowers and we lived in a silent, colorless, tasteless and odorless world and everything that we think we see, hear, smell, taste, touch was just an invention of our brain?¹
The senses in living beings are a gateway
to the outside world, and through them we explore the environment and obtain informa- tion about it.
However, they are not simple receivers of reality that transform photons into images, vibrations into sound, and chemical reac- tions into smells and tastes. Neither do the perceptions that the brain recreates from these stimuli identify the outside world as it is. In fact, what surrounds us and the mental image we have, sometimes do not have much to do with it.

Hearing, after sight, is the sense that allows us the most to recognize the reality of the environ- ment. Touch, taste and smell follow in that order. Until recently, it was thought that the senses acted individually and that the brain pro- cessed them separately. However, discoveries made in the last decade show that some stim- uli can alter the perception of others. In 2000, neuroscientists at the University of California carried out an experiment in which they showed a series of individuals a flash of light, which was accompanied by two short tones. Interestingly, most of the participants claimed to see two flashes of light instead of one.

This shows that sound is a fundamental part of perception, as an integral part of our con- formation of reality. The ability of our brain to mix information from the senses allows us to immediately integrate a perception of the reality of the environment and enables us to make instant judgments and decisions.

The importance of feeling and perceiving has, from an evolutionary point of view, a lot of sense since it prepares us to face the environment.

Not only does it allow us to know how and where to live, what to defend ourselves against, if something is dangerous or not; it also makes us understand and enjoy the world we live in. But not only that, stimuli can also alter behavior or produce behavioral responses, which is vital in understanding the effect of sounds on our perception of the environment.
Thus, when we refer to the interpretation of a landscape, we must consider that it should not be reduced to a mere visual appreciation and experi- ence. The collection of sounds that emanate from it is as important as its topography, its morphology, its climate, etc. If we close our eyes and listen, for example, to a recording with the sound of the waves of the sea, our mind immediately transports us to that stage and sometimes we can even feel the heat and the salty taste of the environment and imagine the voices of the birds that inhabit it. Authors such as Bryan C. Pijanowski in his study “Soundscape Ecology: The Science of Sound in the Landscape”, have coined the term “soundscape”, seeking to recognize and demonstrate that sounds are also an integral part of the landscape and that their study and inclusion is essential for its better understanding and interpretation.

According to this theory, the soundscape is made up of biological (biophony), geophysical (geopho- ny) and man-made (anthropophony) sounds.
As with smells or images, we associate sounds with the landscapes that produce them and are a perpetual and dynamic property common to all of them.

The sum of sounds that come from landscapes generates in us the notion of the space that surrounds us and determines our perception of it. There is a link between the soundscape with environmental variables (geography, latitude, climate, height, etc.), and also with the way in which they impact the human being.

In natural landscapes, environmental sounds produced by animals and by biological ele- ments (water, wind, etc.) predominate, while urban landscapes, by contrast, are dominated by sounds produced by humans and trans- mitted from a variety of sources such as cars, music, sirens, voices, the friction of tires on the pavement, etc.

But, beyond that, since time immemorial the sounds of nature have been inextricably linked to the environmental quality and the well-being of the human being, therefore, since sound is a fundamental property of nature and because it can be seen drastically affected by a variety of human activities, it is truly surprising and paradoxical that sound has not become a more appreciated measure in this intrinsic system between man and his envi- ronment. To date, there is no specific theory on the ecological importance of the sounds emanating from a landscape, although the advancement in new technologies is allow- ing the progress of research on this topic and on its impact on the wellness of the beings that make them. Hence the importance of linking the soundscape with environmental variables. The study of human impacts on the soundscape and of it on humans and ecosystems will allow us to fully develop a new concept of landscape.

“Because soundscapes are our auditory link to nature, we must advocate for their protection as an essential part of the environment.”

The study of soundscapes can provide valu- able information on the dynamics in which they operate, to determine the elements that characterize them and make them different from others. Increasingly in different parts of the world, theories are being developed about the interaction of the patterns and processes that occur within landscapes and how the study of their sounds can improve our understanding of them and how humans and other factors affect their ecosystems.

This will allow them to propose guidelines that avoid damaging them and reverse the destructive trend practiced in recent centuries, to achieve their conservation and development for the benefit of all.

Architects and landscapers around the world are already trying to incorporate sounds into certain landscapes in order to highlight their qualities and make them unique; such is the case of the marine organ created by Arch. Nikola Bašić in Zadar from Croatia, which sounds when the waves penetrate its 35 pipes tuned differently located on platforms of different heights, producing melodies with the entry of the marine liquid.

If you are reading this article listening to music, the sound of the birds, the raindrops on your window, the waves of the sea, or simply the one produced by the people around you or the sounds of cars on the streets, you will understand perfect- ly the importance of giving greater value to this sense. If you are also accompanying the sounds with a good coffee and you are enjoying its smell and taste, enjoy it!