Jeppe Heine studied at the Royal Danish Academy of Arts in Copenhagen and at the Städel Hochschule für Bildende Künste in Frankfurt.

Jeppe Hein is widely recognized for his production of experimental and interactive pieces that unfold at a cross between art, architecture and the invention of technical processes.

Unique in its formal simplicity and notable for its frequent use of humor, his work engages in a vivid dialogue with the tradition of minimalist sculpture and conceptual art of the 1970s. Jeppe Hein’s pieces often incorporate surprising and captivating elements that place the viewer at the center of situations and direct both their experience and their perception towards the surrounding space.

Unique in its formal simplicity and notable for its frequent use of humor, his work engages in a vivid dialogue with the tradition of minimalist sculpture and conceptual art of the 1970s. Jeppe Hein’s pieces often incorporate surprising and captivating elements that place the viewer at the center of situations and direct both their experience and their perception towards the surrounding space. 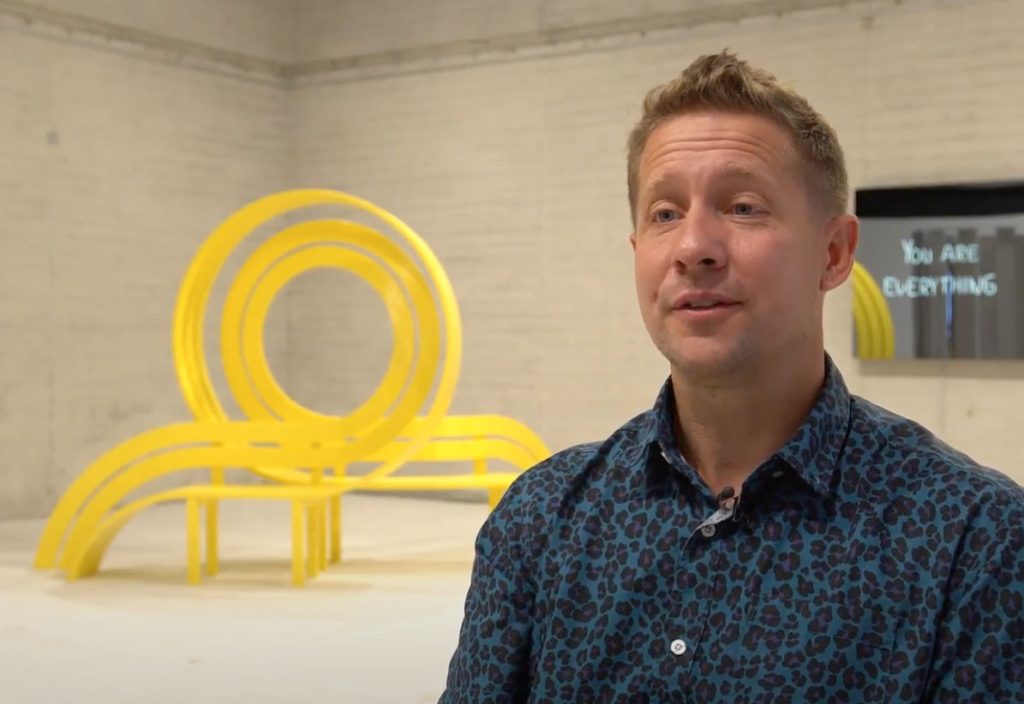 What is your inspiration when designing your artwork?

Generally, I think no barriers should affect your research and creativity when developing a new idea and I always try to be open to new ways, methods, and impulses from all sides. I also need a free mind and body to be inspired and creative, which I experience either when I am far away from the art world, during meditation or when I am brainstorming with my team.

What is the importance of color in your artwork?

There are fewer colours in my early works, but colours became quite important for me in the last years. For example, I created my Modified Social Benches in red, luminous orange, yellow and blue to make the benches visible when seen from afar. And I used a full spectrum of colours for my Mirror Balloons in order to emphasize the illusion. Moreover, I have never been a huge fan of the white cube and I always try to change the atmosphere and the perception of a space with my artworks and latterly with coloured walls too. 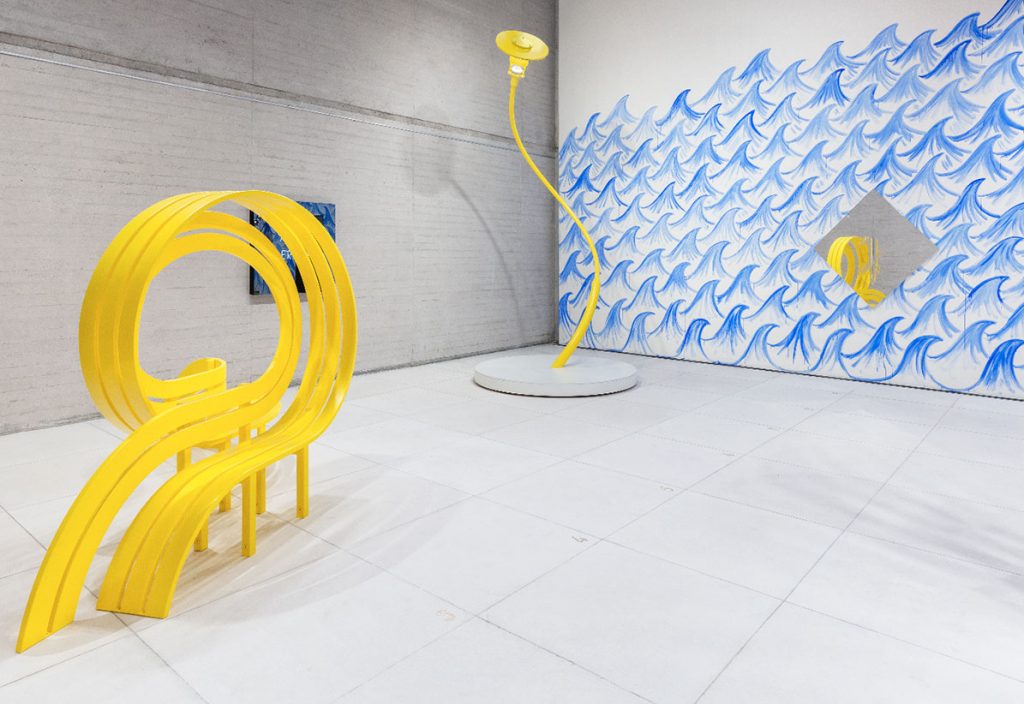 What is the message you would like to send to Mexico through your work: Multicolored Mirror Balloons, Colourful Mexico?

The balloons hang from the ceiling above people’s heads, subtly moving with the circulation of air. Due to their shape and reflective surface, the balloons produce a distorted perspective of the surrounding space, similar to a fish-eye view. Only the roof seems to prevent the balloons from soaring into the air and expanding the reflection to the infinite. The balloons shall evoke an impulse in people to look around, to connect, to be conscious of their surroundings. Ideally, they will get a glint in their eyes, smile at each other, and maybe start to dream about how nice it could be to fly away.

Why do you like to design interactive urban benches?

As daily life furniture in urban architecture, benches can be a public space and place of private rest. On the one hand benches provide an excellent opportunity for communication and social exchange. On the other hand they offer moments of respite. Thus their design has an influence on people’s behaviour in public, by giving them the opportunity to place themselves in order to discourage or encourage others to take a seat next to them.

The design of my Modified Social Benches borrows the basic form from normal park or garden benches seen everywhere, but is altered in various degrees to make the act of sitting on it a conscious physical endeavour. With their modifications, the spaces they inhabit become active rather than places of rest and solitude; they foster exchange between the users and the passers-by, thus lending the work a social quality. People are invited to play an active role by not only using the benches as seating but enlarging the opportunities of social practice offered by a bench. 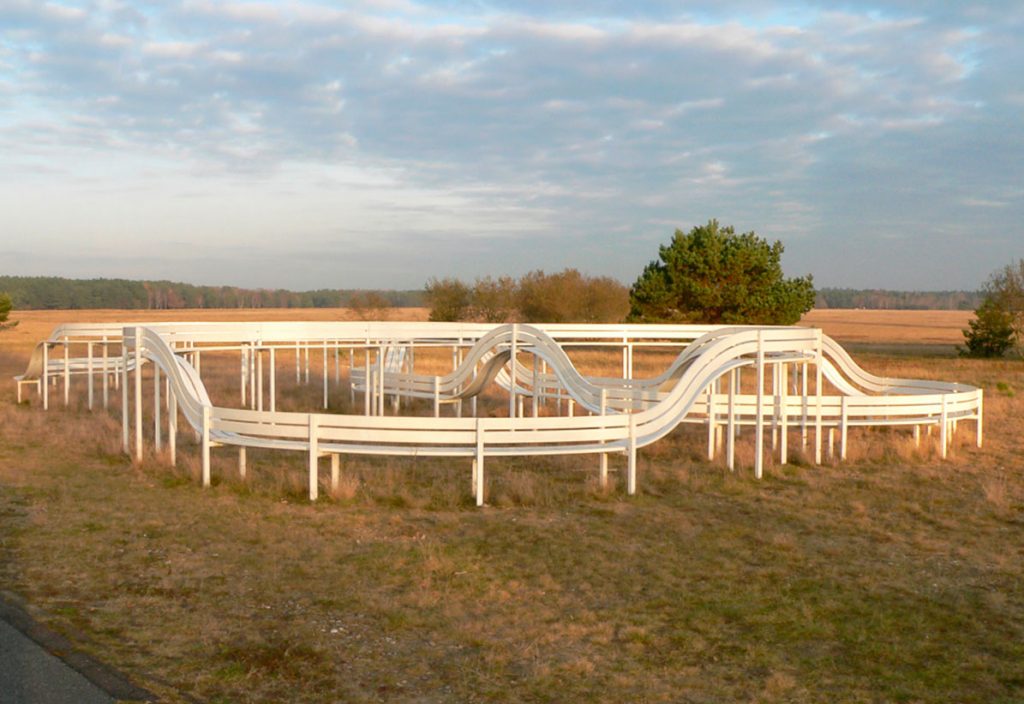 What is the mission of the Breathe with Me project and in which city has it been implemented?

Breathe with Me is a multifaceted global art project by me and ART 2030, to raise awareness that the air we breathe is part of our connected world and climate: from the necessity for access to pollution-free air and the need to have clean oceans to produce oxygen, to the importance of mindful breathing to our physical well-being.

Breathe with Me invites audiences to create a work of art together, by painting their breath in the form of vertical blue lines, painted as they exhale in long downward brush strokes. While everyone paints the lines of their breath differently, together the lines form part of a universal whole.

Since its launch in 2019 at the United Nations Headquarters during the 74th UN General Assembly and Climate Action Summit, and in Central Park in New York City, Breathe with Me has invited communities from all over the world to take part in different forms of the project. From public participatory installations and educational activations in schools and museums, to the virtual workshops and an array of ever growing digital content, Breathe with Me has had an estimated potential reach of over 125 million people across the globe. Amongst others, Breathe with Me has been realized in Copenhagen / Denmark, Zuoz/ Switzerland, Beijing / China, Palo Alto / USA, Asunción / Paraguay, Ilulissat / Greenland, Zinaré / Burkina Faso, Lofoten / Norway, Tukums / Latvia and there are many more stations to come. 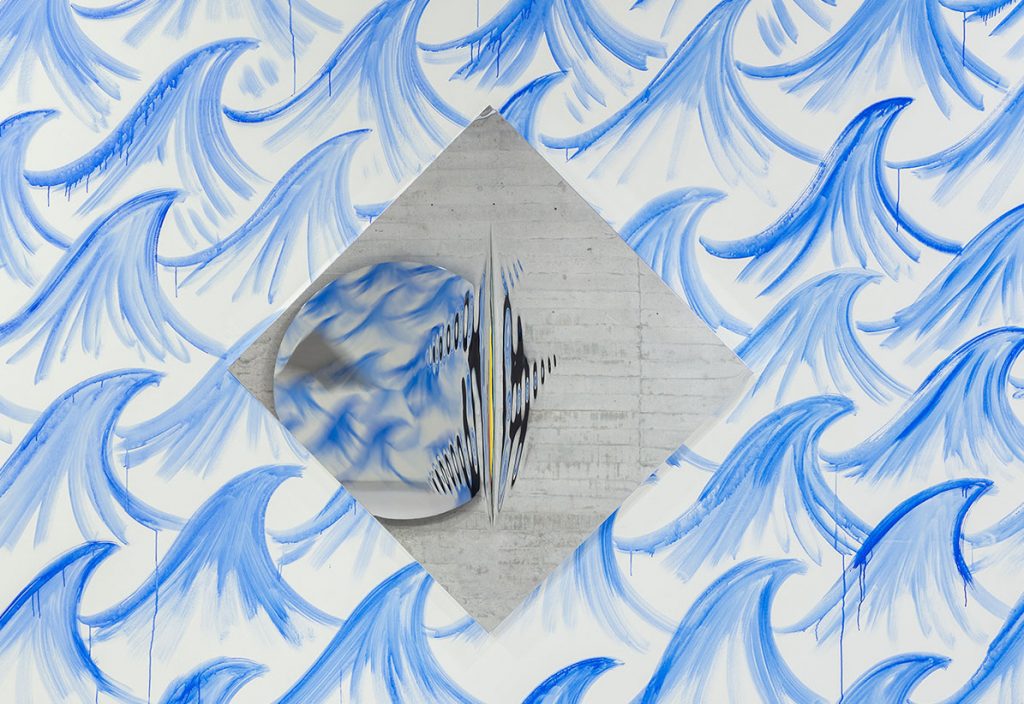