Founded by Canadian writer and urbanist Charles Montgomery, Happy City is two things: it is a book that looks in the intersection between evidence on human happiness and the design ofcities, and on the other hand Happy City has also become consultancy with team members in Canada, the United Kingdom and now Mexico, and we help designers, developers and city government, build places that are happier, healthier, and more resilient and inclusive. 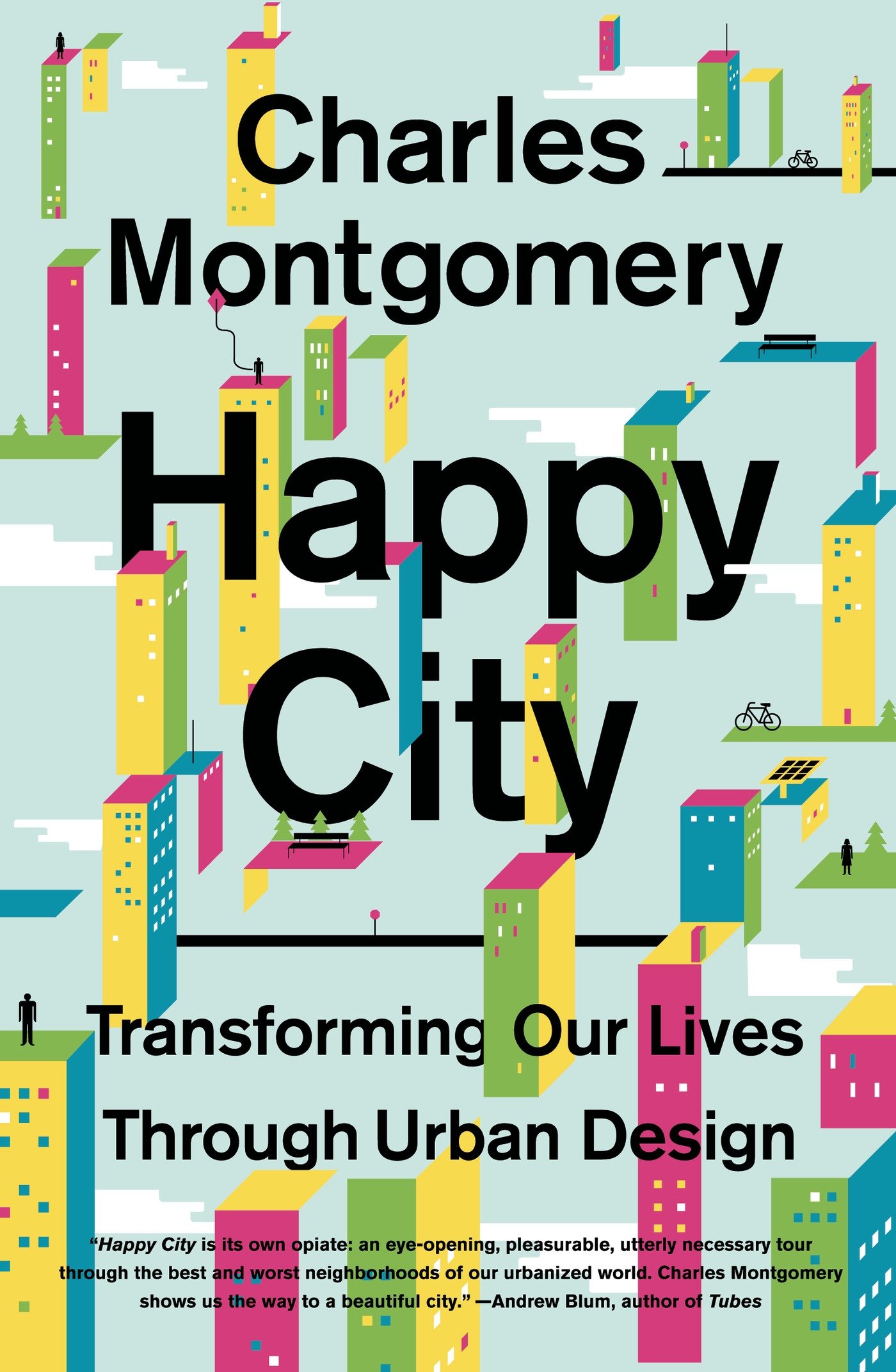 What role does Happy City play when shaping urban landscape?

To be honest we have been surprised at the demand for this service. We are suddenly being asked by city builders around the world for help. For example, a developer in India was creating a community for 8,000 people that he wanted to be the happiest town in India, and the truth is that his initial designs were a disaster, so in that case we helped the project architect change the design, specially the design of public spaces, in order to make them cozier, friendlier, more social, more inclusive, healthier for children, and all together a machine for growing happiness. 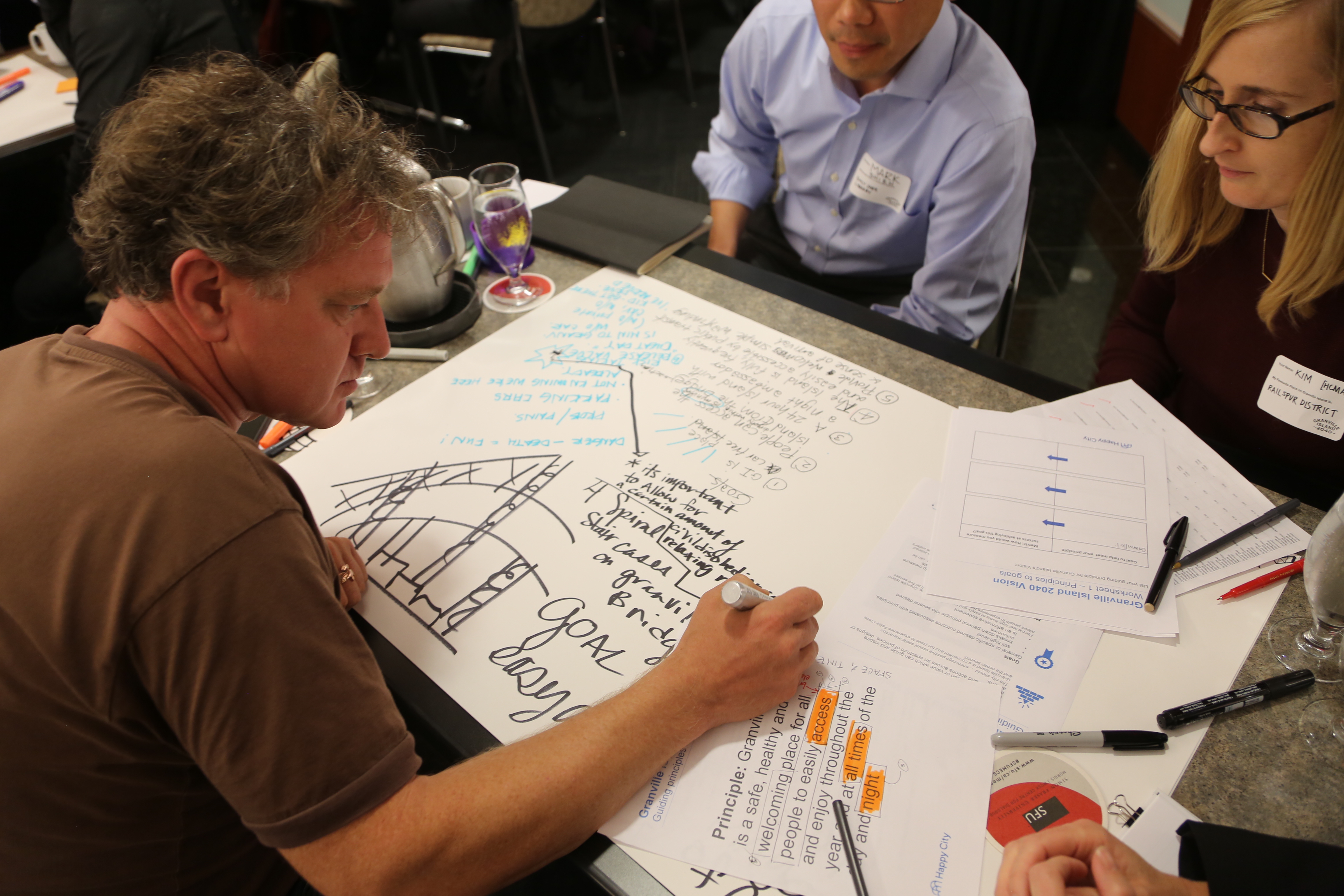 We work in all scales, so on the grand scale we created a new masterplan for this community in Abu Dhabi; while on smaller scales, we created new design guidelines for multifamily housing, to boost social wellbeing. 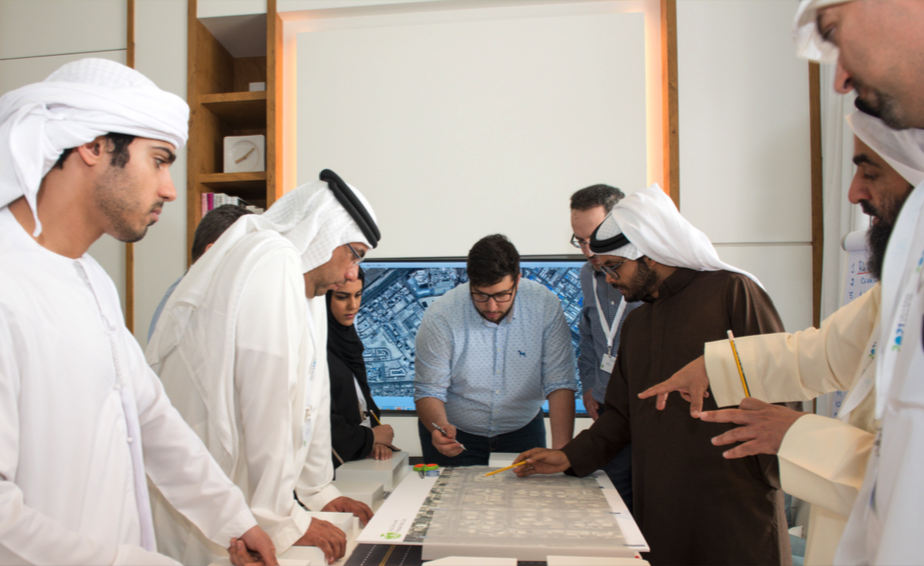 The methodology involves combining two powerful forces; one is that we expose stakeholders and decision makers to the evidence connecting wellbeing to design. But the second force is that these processes always begin and they must always begin in collaborative workshops settings were local stakeholders and decision makers decide what’s most important to them. In those meetings we don’t even talk about design, to begin with, we talk about what matters most in life. 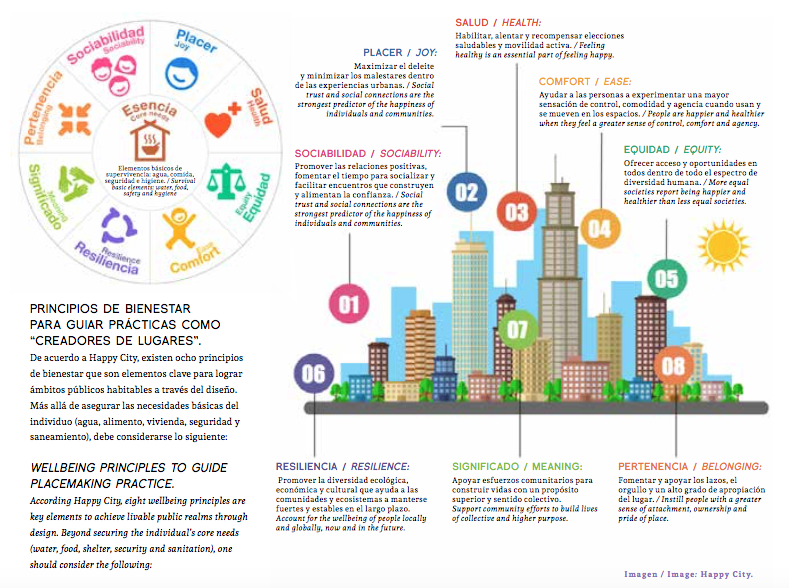 For example, we did a workshop in the neighborhood “Doctores” in Mexico City, this was a happy neighborhood redesign workshop, we usually begin by talking about the various elements of human wellbeing, so in this neighborhood we just started and we got to safety, and everyone in the room said “Stop! This is all we want to talk about”. And, you know, we are Canadians, so we thought “Oh yes! You are worried about kidnappings or shootings, or crimes”. But no, they were worried about the danger for their children walking on the streets everyday from cars. So that was the focus of the work.

We believe firmly that if you live in a neighborhood or a city, then you are an expert on that place and your opinion and your experience should matter to the design. At the same time we have an interdisciplinary team, but sometimes we never put a pen on paper to design, sometimes we nearly participate by sharing evidence and guiding local stakeholders, designers and decision makers to an approach that helps them decide what’s most important. 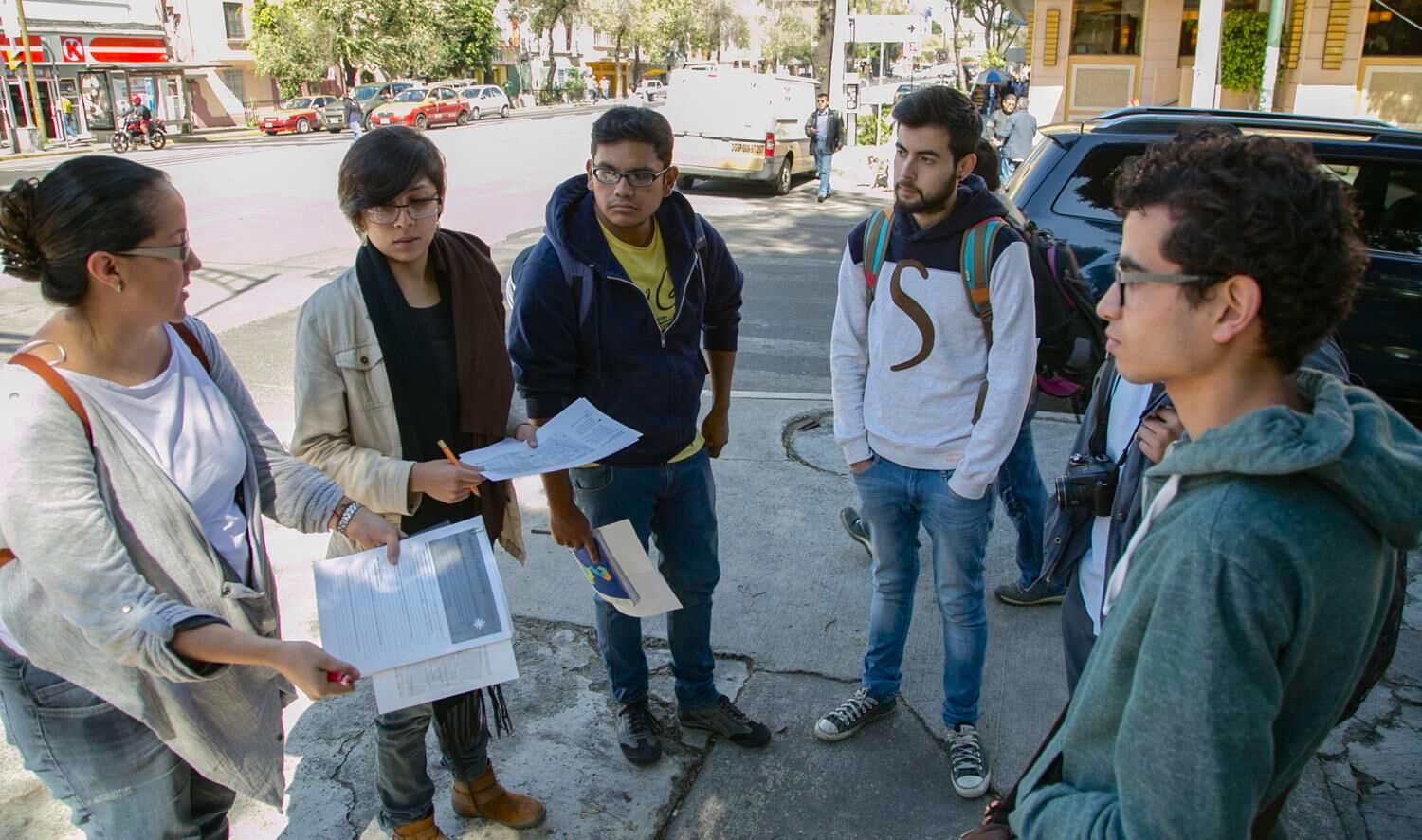 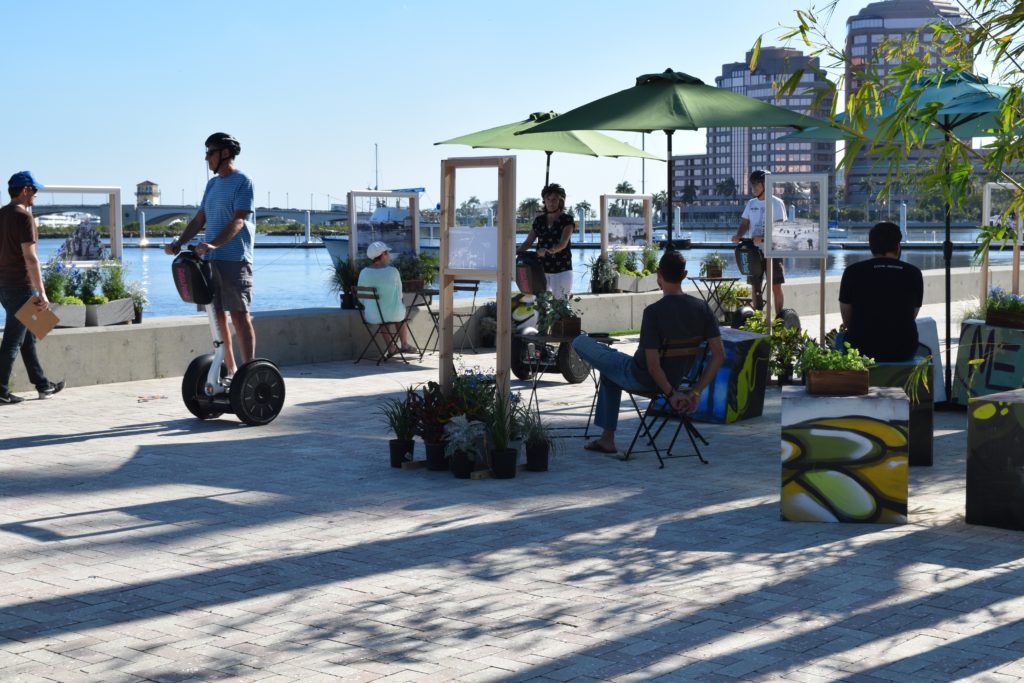 A tactical intervention to boost wellbeing on the waterfront / Photography: Happy City

What is the relation between public space design and happy cities?

I’ll give you an example, in the city of Vancouver, where I live, the city had engaged in placemaking work, in other words, taking socially inefficient space or car space and turning it into people space. We conducted a study to understand the effect that those changes would have on people. We studied the neurological effects by using skin-conductance monitors to measure their level of arousal, and we also surveyed people on tours of their neighborhood. What we found was remarkable!

In Vancouver, we usually use back alleys for storage of cars and garbage, but the city transformed one of these alleys by adding fruit trees and vegetable gardens; community gardens.

Green laneway at the Mole Hill Community Housing Society (left) vs hardscaped laneway, one of many in the West End, and beyond (right) / Photography: Happy City

We found that people, participants in our tours, felt safer and happier in the green alley, they felt a stronger sense of attachment. In other words they cared more about that place than the regular alley, but most of all they felt greater trust for complete strangers when they were in that alley than when they were in the bare alley. So the city, by including nature into public space, changed the psychology of that space, but also changed people’s attitude towards strangers.

This is a big deal in Vancouver where the city is dealing with a crisis with social disconnection. We have realized that we can change public space in ways that build sense of shared community. 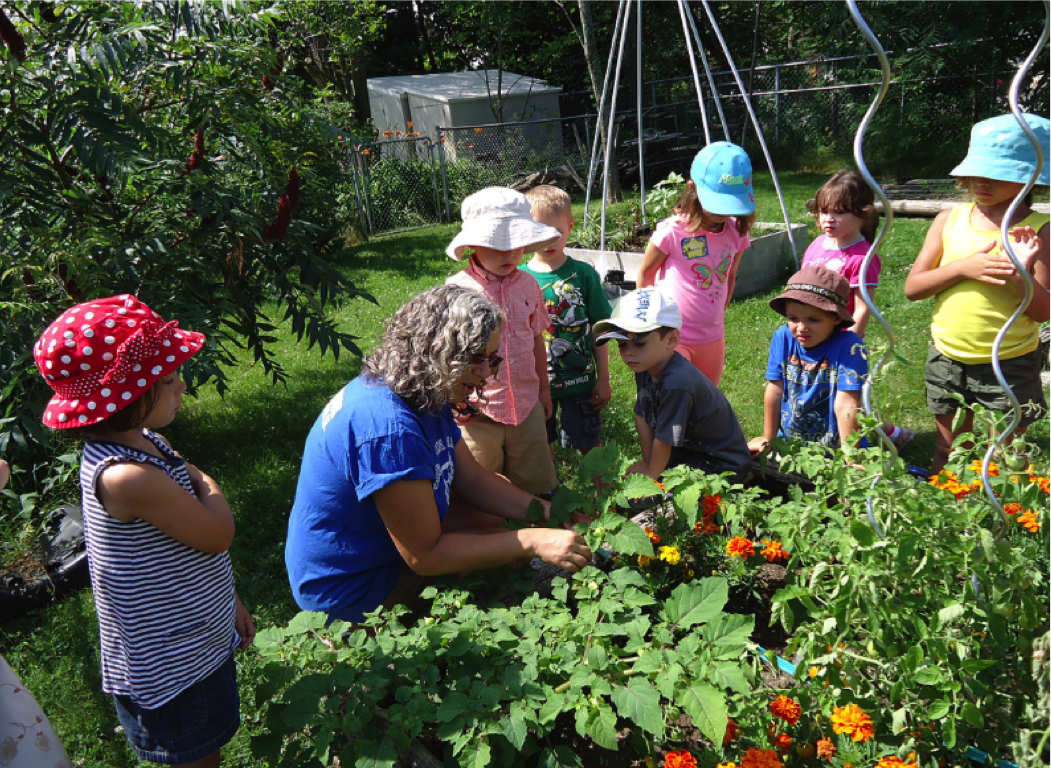 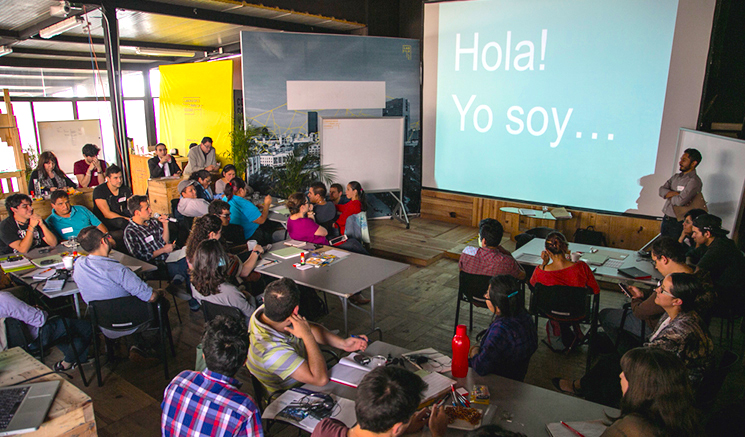 We got word you might be building a team of Happy City in México. What would be the challenge of designing happy cities in our country?

Every place is unique, but Mexico has been making the same mistakes as the United States, Canada, and other countries over the last 50 years. Mexicans have been allowing road engineers to give more love and care and concern to automobile space and automobile storage than they have to humans and human experience. I think the challenge in Mexico is that Mexicans need to rediscover the lessons of their walkable past. For example, when it comes to vacation times, many Mexicans head straight to a Pueblo Mágico to walk, to eat, and to spend time with others. It’s in your pueblos (towns, villages) that you discover that what delights people, what attracts them, what brings people together with meaning; they are places with a human scale, that are walkable, unique, and above all, they are truly public. For me, that last point is the most important. Wealthy Mexicans increasingly have created spaces that isolate themselves from the poor. It’s as if they are scared of the poor. But in our research we found that truly public spaces where everybody is welcome and everybody mixes are actually safer, and more full of riches and delights. They don’t just build wonderful experiences, they build democratic sentiment.