Bona fide taller presents its project designed in the urban edge of the town of Les Coves de Vinromà, in Castellón, Spain.

Located on the edge of a small town by the river valley, the pathway is a landscape intervention on the side
of a road, a ceramic carpet that has been unrolled following the line of the existing stone wall that holds
the terrain. It creases and folds as the trees and roads cross its way, thus dragging stones of concrete in those backwaters, where one can sit. The surfaces of these slabs have been previously polished as if it was made by use that hasn’t been given to it yet. Other elements such as bollards lead the flow.

It descends and drains into a small plaza. Unlike the pathway, this space has urban and domestic attributes. An outdoor room for meeting and rest.
A fountain holds the center, expelling its water through an open drain to the natural terrain below. From its ledge of rusted mesh and stone the river can be seen, with all its white marbles, and the abandoned barns at the other side of the valley. The dry-stone wall that holds the court follows a foot- path that goes down to the old wheel, coming from the high levels of the town above. 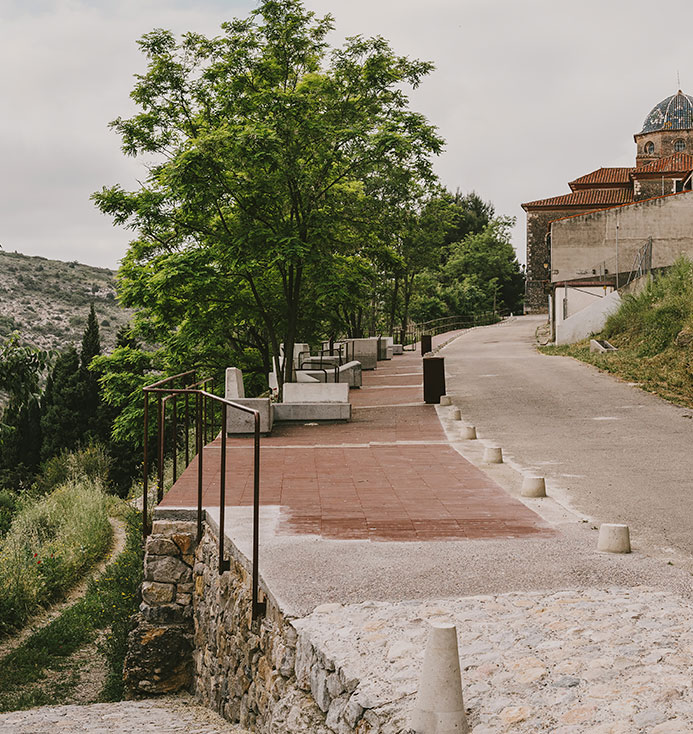 Its stepped slope is solved with river stones in between salvaged bush-hammered masonry -as found in the nearby streets uphill-, combined with stairs in clay tiling, all under the shade of the pines.

The pavement is executed with a block formed from the reuse of ceramic stock of low commercial value. The warm striped texture of the ceramic, together with the different applications of stone paving and rusted steel fittings, integrate the walk- way into the site.

The project developed by Bona fide taller in the urban edge of the small town of Les Coves de Vinromà, in Castellón (Spain) , is the result of a competition promoted by the ceramic industry of the region. 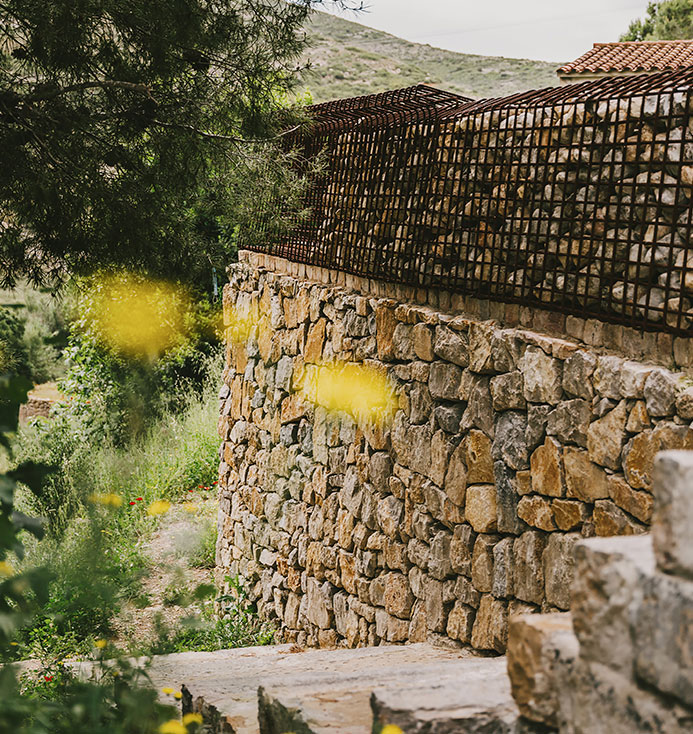 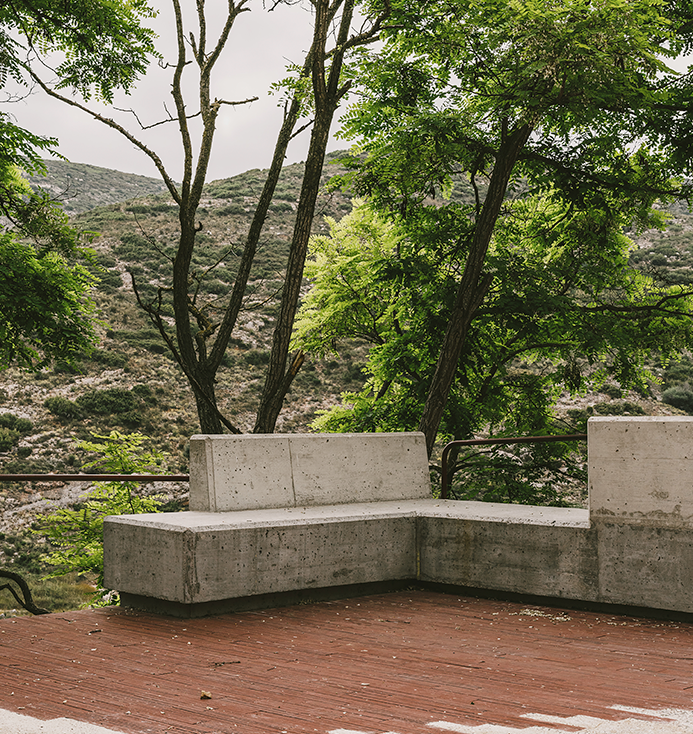 Down the path to the river
Photography: Oleh Kardash Horlay