Carlos Ávila is a Landscaper and Biologist specialized in Botany. Currently, he runs his own Landscape Architecture Studio focusing on the design of green areas. 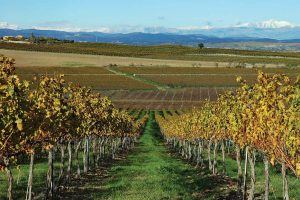 How do you define a productive landscape?

From my perspective, a productive landscape is one that is formed by the natural and social processes that have taken place on a specific territory through the centuries; this enables an evolution of the use of the local resources.

When I speak of evolution, I’m refering to the changes that take place in the landscape (which are an intrinsic aspect of it), but these changes happen according to the transformation capability of each location.

If these changing processes are done without taking into account such adaptive capacity, we are no longer talking about evolution but mutation; hence the resulting model produces a distortion in the territory, which can produce serious consequences.

The defining elements of a productive landscape are the territory (physical framework), the population (socio-cultural framework) and its transformation processes (temporary framework). 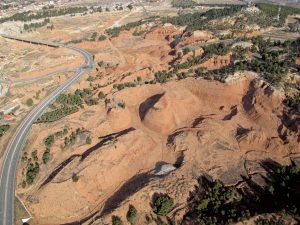 The clay mounts near Teruel, Spain, a city with Mudejar architectural heritage, were exploited for centuries for its construction. A landscape that still does not heal.
Photography: Ayuntamiento de Teruel

What aspects must be taken into account to ensure that the production on a territory is compatible with the environment?

As I mentioned before, a very important aspect is the recognition of the adaptive capacity of the territory; our development-focused model makes us live in a frantic rhythm, which is constantly accelerating our resources consumption. This generates territorial transformations that have a great impact on the environment.

Many times we think about the overexploitation paradigm that takes place in the forest of the Amazonia. Nevertheless, we do not need to look so far to realize that, of course on a smaller scale, these processes are taking place in our surrounding, and they constitute an important alteration, not just in the landscape, but also in the socio-cultural model of the people that inhabit the place. 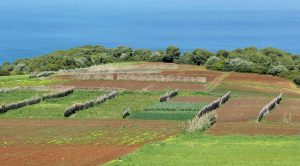 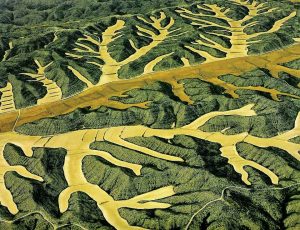 Which elements and strategies are necessary to plan the productive landscapes in a sustainable way?

The agents that intervene over a territory are so numerous, and diverse in their objective (many times contrary), that it is complicated to establish planning tools that allow to manage them in a proper way.

But despite that, I always have been interested in a particular way about the experience of the called “Chartes Paysagères” 1, developed in the nineties in France. Through this mechanism, a mancomunity 2 undertook a process for determining the idiosyncrasy of their territory and the future model that they wanted to apply.

In order to accomplish this, through a procedure of citizen participation, most of the acting agents that intervened on the landscape were involved. A commitment letter was later signed, assumed by motu proprio (not imposed) which allowed the coexistence and potentiation of the territory’s productive, social, and natural factors. 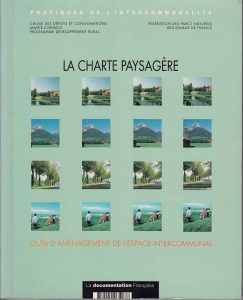 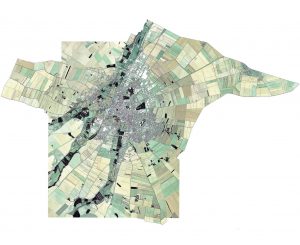 2   Grouping of municipalities that associate to share services and social policies thereby reducing their costs.