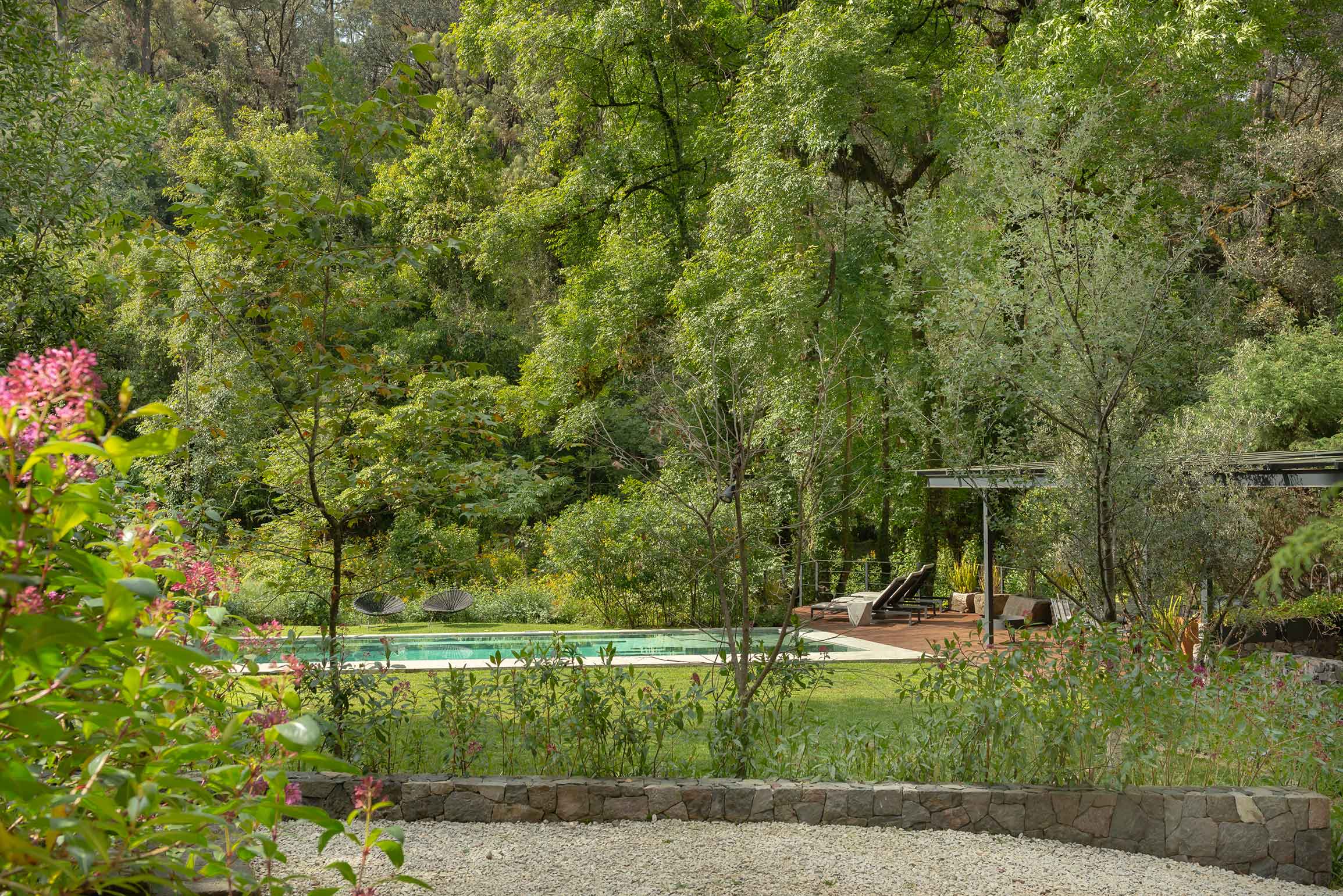 “Have you ever wondered what a garden sounds like when there’s no one there to listen?” This became the question we used as inspiration and guide for the design of the project “The Secret.” A garden hidden away in the forest guarding a secret that only shares with its surroundings and accomplices: the river, the trees, the woods, the birds and life that inhabits it, and of course, whit those who are willing to listen.

Our objective then became to design a space that would keep harmony with its surroundings while creating a collection of nooks within it that would encourage whomever was lucky enough to be there, to connect, to smell, to touch, to feel, to listen, to hear the secret that lives within each leaf, each blade of grass, each branch, each flower, and each drop of water in the river that travels through it. Instead of trying to make the uneven and complicated terrain work for us, we allowed ourselves to be guided by it. We used the complicated angles, steep hills and variation of vegetation to give each space uniqueness while making sure it never lost its natural identity.

“Our main objective: encourage an harmonious and close contact with nature through a smooth transition caused by the design that allows living the outside from the inside.”

When you walk into The Secret, the ﬁrst thing you see is the pool which is visually connected to the common area of the house. The pool is framed on one side by a stone path and trees and on the other, by a splendid view of the adjacent forest. In the middle of this space is a grass area that contrasts with the water of the pool and ends on a terrace overlooking the river under the shade of a majestic fresno. Different textures and tones give color and shape to this area, and mixed with the sound the wind makes when it hits the leaves and the birds’ sounds that symphonize from the treetops, it becomes more than just a space, it makes an experience tailored to all the senses.

To accent the greenery and forest of the project, we created paths and small walls of stone and rocks that journey through the project like a thread against the green backdrop. One of these paths leads to another spot on the garden that surrounds a fire pit which lives under the sound of the river, and is shaded for day use by three magnificent trees. Behind the fire pit, barely noticeable, stone stairs emerge engulfed by loose and textured vegetation full of color and scents. These lead down to the river from where the sound of flowing water materializes and embraces those who sit down to listen.

On the other side of the house lays another garden, an open space surrounded by ferns, designed for running and playing and more importantly for allowing anyone’s inner child to run free. We also made sure that nature wasn’t exclusive to the outside of the house. We opened the ceiling of the main entrance to allow the blue skies to descend into the house through a curtain of cissus that surround the top of the trees planted in stone planters.

“So, what is the secret? There’s only one way of hearing it… To sit surrounded by nature, and really listen.”

Right now, there are two realities: the population is [...]

Casa Canela is in the heart of the historic [...]