What memories do we have in the public space? Can we be part of its construction?

The Alameda Central of Mexico City is perhaps one of the public spaces that have contributed most to the memories of the city’s inhabitants. It is considered the oldest public garden in Mexico. Undoubtedly, it is made up of stories of thousands of humans.

In his mural Sueño de una tarde dominical en la Alameda Central (Dream of a Sunday Afternoon in the Alameda Central), Diego Rivera captured the history of the place, characters, but above of all, the possible interaction of completely different characters.

For this reason we were interested in not only placing an object outside the square, but a situation for citizens. A situation that will stop the complaint and encourage participation. Or at least a pleasant moment. A situation that allowed people to connect one to another through something tangible. 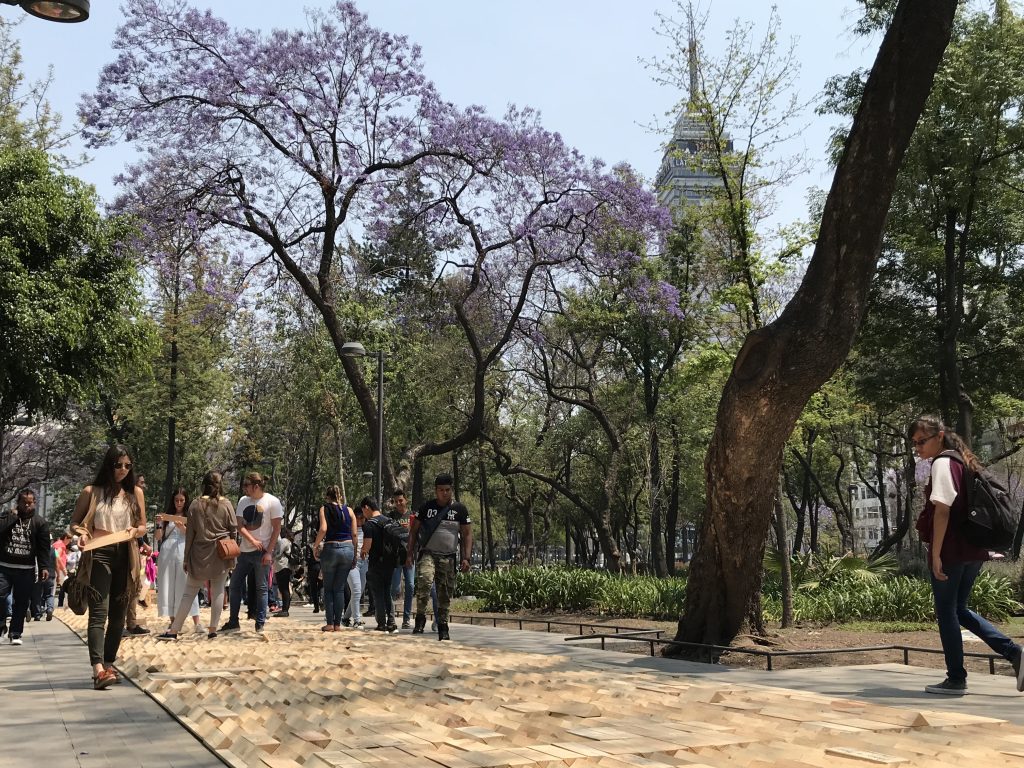 Tapetito Tapetote was part of the Festival of architecture and city Mextrópoli 2018, which aims to make city. The premise of the project was to have an installation that could be adapted by the users and be flexible in its program.

We found great inspiration in the installation of the work Sunflower Seeds by the artist Ai Wei Wei, where a large part of the population of Jingdezhen, China produced the piece. Everyone in the village talked about the work. They were part of that installation.

This is how we proposed to install a pavilion of 6,000 pieces of wood, dividing the activity into two parts. During Part I, we placed half of the pieces. Then, during Part II, the inhabitants of the city were invited and encouraged to finish their construction and customize it with the rest of the pieces, in order to be part of the construction of the city.

Plan of the site, showing the location where the project would be installed.

Design of the work. 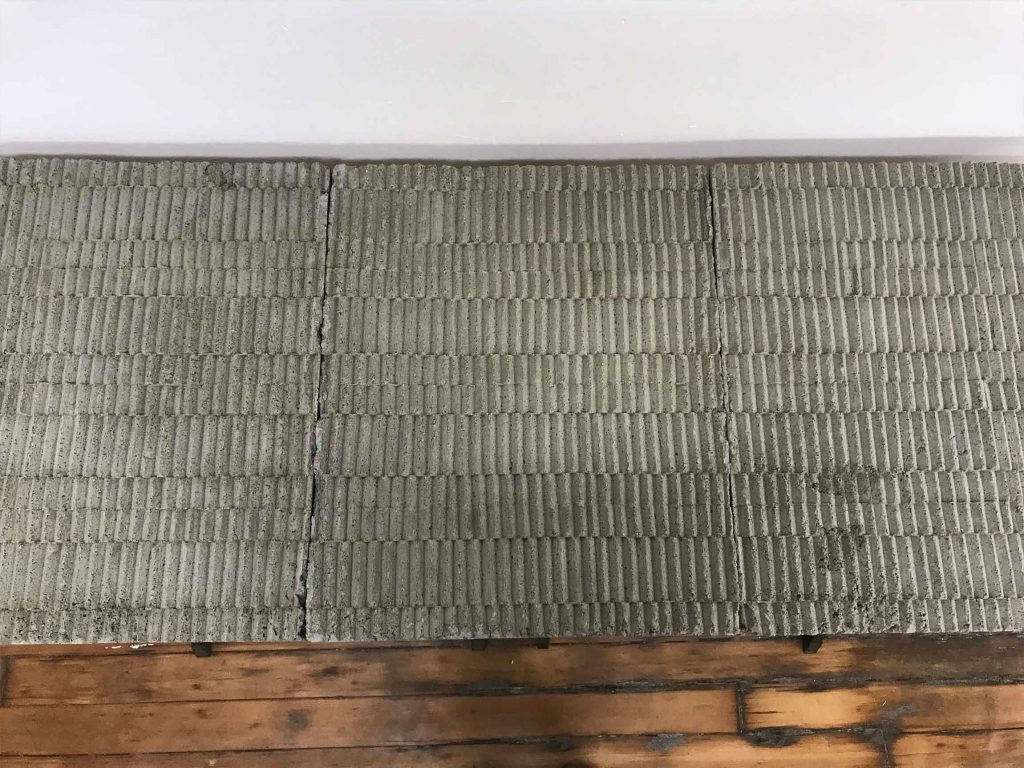 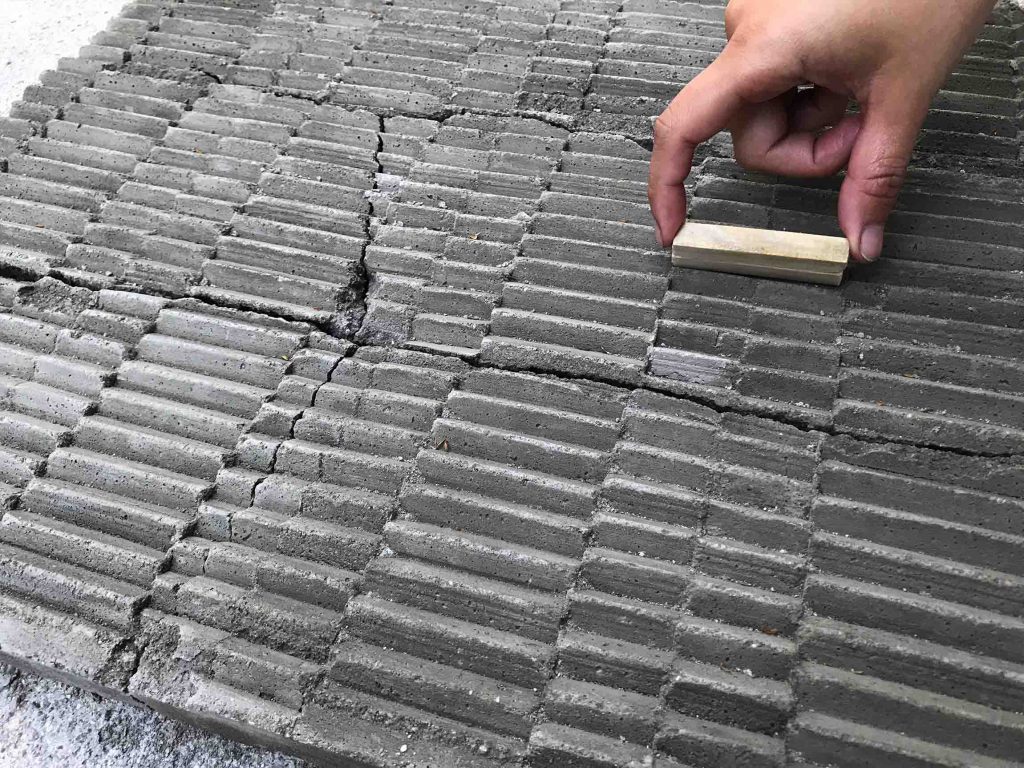 Detail of the model.

When we carried out the project, we proposed conceptually that the pavilion, when completed, would become a flat platform in which different situations could occur or it would simply be another layer of the existing pavement. 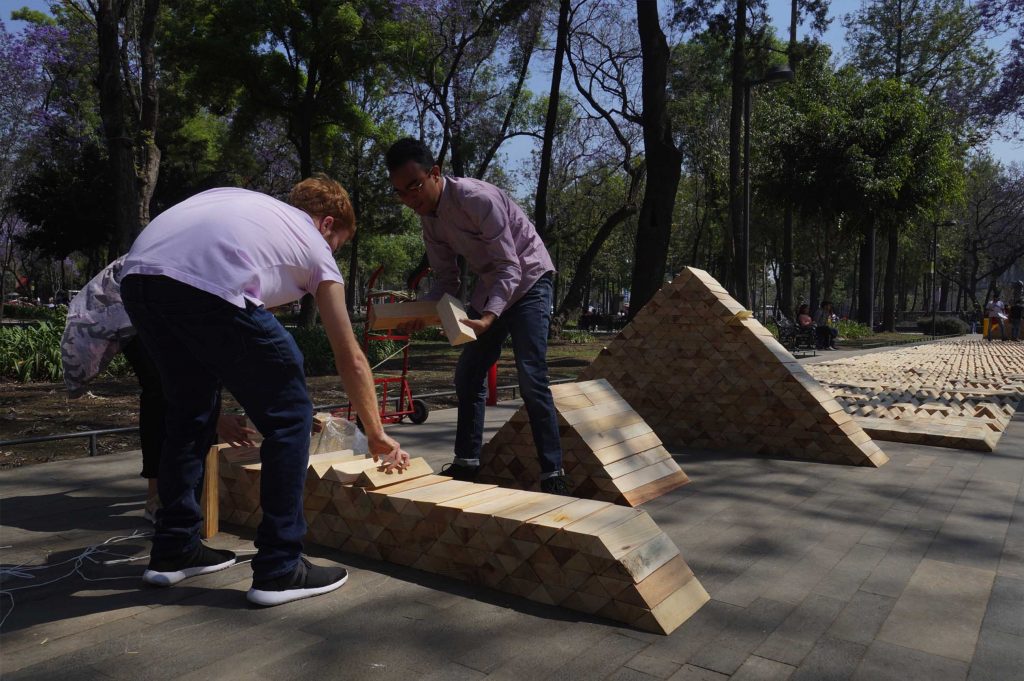 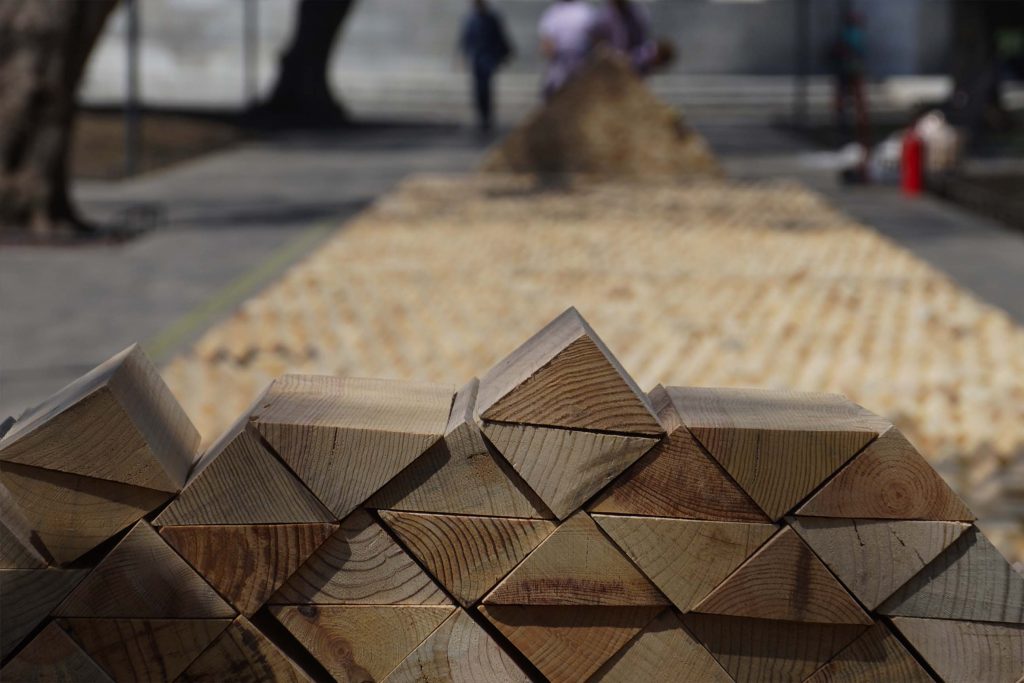 At first, this happened. The participation of the people was very enthusiastic and curious. But suddenly, they started exercises that had not been planned initially. For example, a dancer came with some speakers and began to give a show, some families turned it into a playroom, others made sculptures with the pieces. They had appropriated of the space. 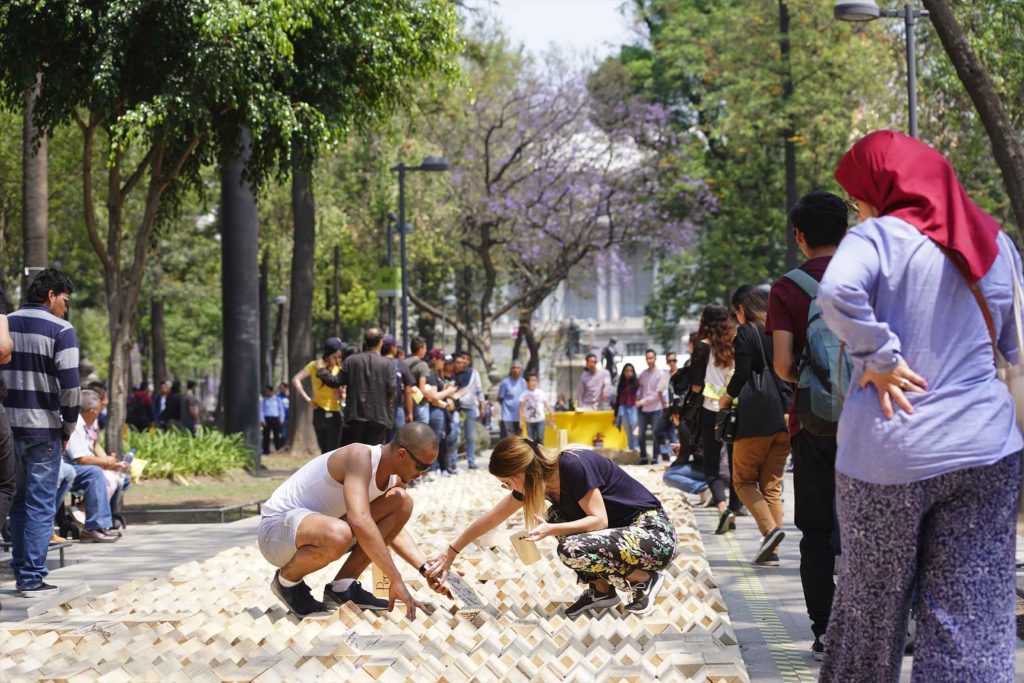 In the end, each exercise performed by the people in Tapetito Tapetote, was changing in scale, time and proportion. And the stories and memories in the Alameda continued to happen. As Jorge Luis Borges tells us in his poem Cambridge:

“We are our memory, we are that chimerical museum of inconstant forms, that pile of broken mirrors…”

It was an ephemeral exercise for the square, but permanent in the memory of everyone who wanted to approach. Now, La Alameda Central is once again a blank space that will continue to host ideas, invitations and memories. And maybe Tapetito Tapetote would find another place.