Yucatecan architect, founding partner of Augusto Quijano Arquitectos. He has been professor of the most prestigious universities in the country, winner of multiple national competitions and recognized for the design and construction of emblematic buildings in different cities of Mexico.

His work has been disseminated through numerous magazines, newspapers, books and exhibitions in Mexico, Latin America, the United States and several European countries.

WHAT ARE THE BENEFITS OF DESIGNING A STRUCTURE AROUND A COURTYARD?

The courtyard is a concept of area appropriation. It occurs when a group of elements that conform a place generates a series of activities to appropriate a much larger and broader space. In this understanding, serves to organize and embody a series of areas with a unit, a concept, for example: schoolyard, convent, house. It can be a very bright courtyard, very vegetal, crystalline, diffuse, apathetic, hard, soft, there are many ways to design this area. The Alhambra, for example, is a series of courtyards, strongly composed on the outside and hollow inside. 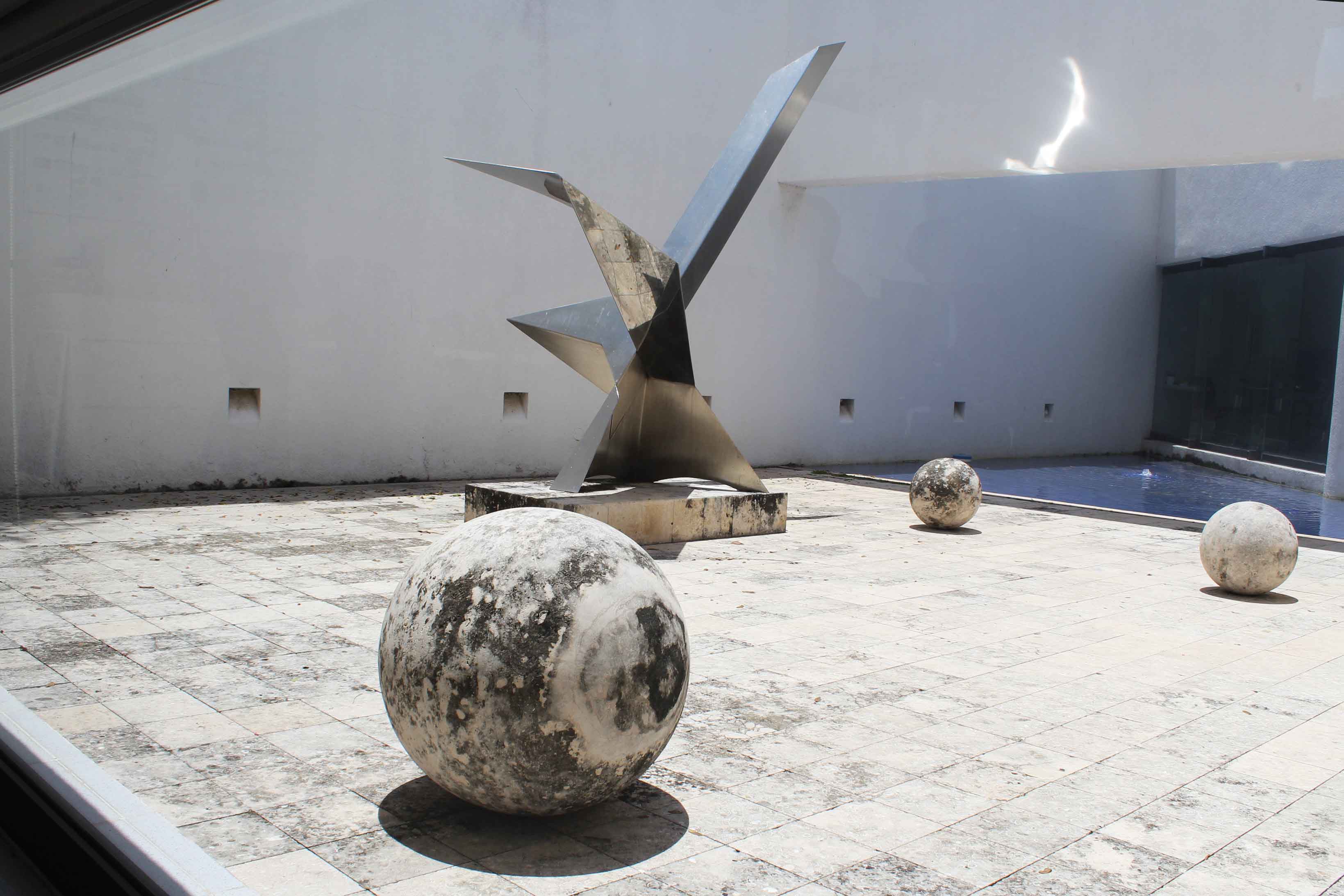 Also, it is essential to mention that the courtyard is an introversion concept of the intimate, that generates an opening towards a world of its own. Borges said … the courtyard is the sky channeled… a place where you go out and automatically look up. Since old times, the courtyards were private spaces because the buildings did not open to the street, and they were not open to the public; they promoted an internal concept of introspection and protection. They give anotion of peace and embracement. It does not necessarily need to have a porch, or arches and details, not everyone has to see it, or access from all sides. There are courtyards that you can only come out on one side or through a little door that not everyone can view. This is to have another kind of feeling. They are designed according to the place, they do not have to be on the same side, looking for a single wind. It is analyzed and organized per needs. You dont copy a courtyard, you assemble one.

WHAT IS THE IMPORTANCE OF INCLUDING NATURAL ELEMENTS IN A COURTYARD?

The patio is related to 3 fundamental aspects of architecture: light, vegetation, and water. The light is the constant. You can have one and not have another. A significant error is made in thinking that the courtyard is what is leftover from a piece of property; It is not a leftover to put ornaments. This space is designed per the land’s needs and features. For example, the famous impluvium of Rome was a kind of pond located in the open courtyard situated in the center of the house, which enabled the collection of rainwater and created a continuous space.

“In architecture, it is not about adding, it is about removing and leaving the essence of what it is. It’s about synthesizing.” 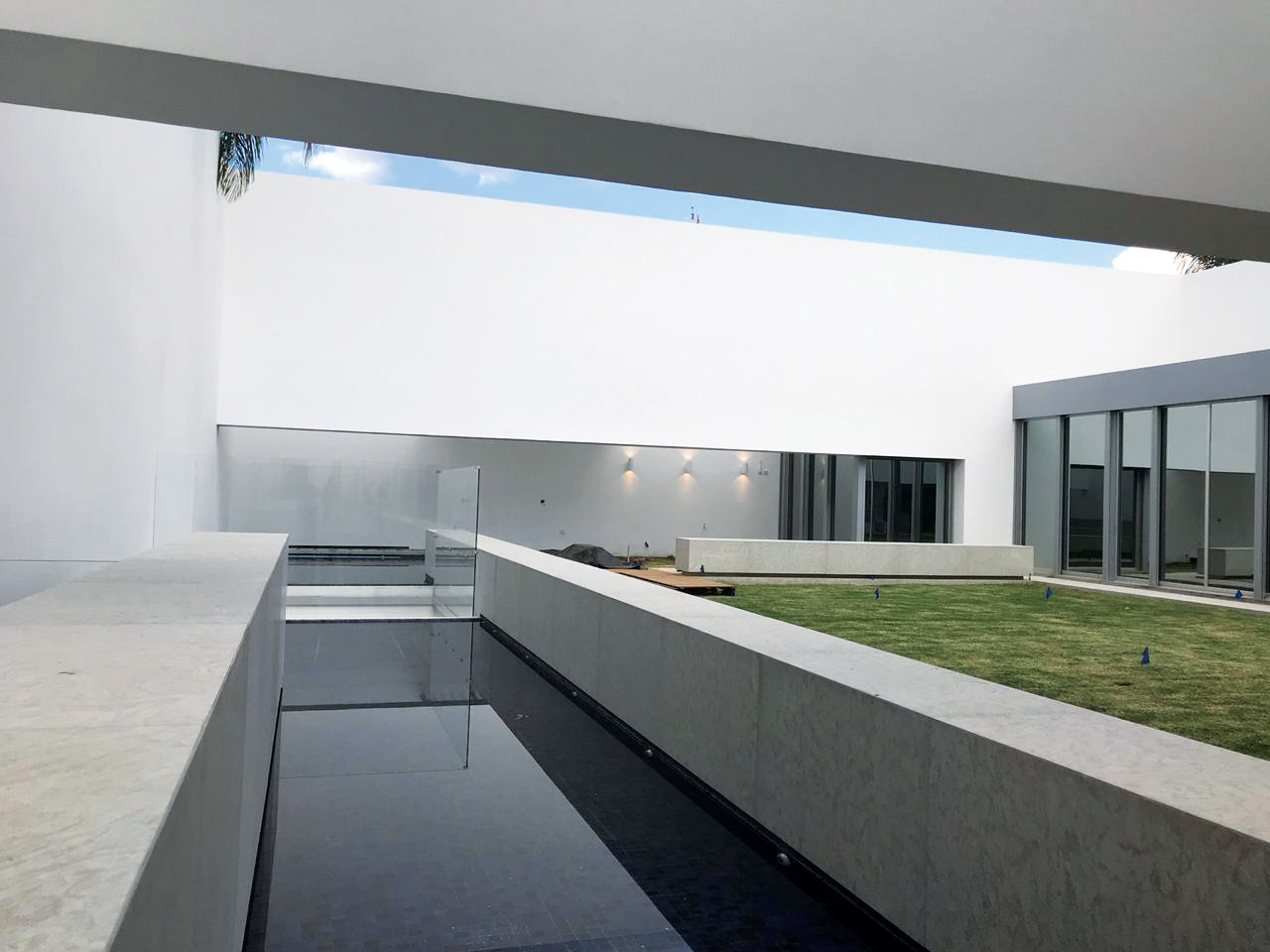 However, a courtyard doesn’t need to be a big garden or have many plants to be considered a successful and functional courtyard. They exist even in desertic cities; where they have a thermal function: at night expels the hotness it caught during the day. That makes the nights not so cold, and during the day, it expels the cold that it absorbed at night. That is why the use of stone. As for color, white is the most suitable color for our climate; the light bounces and lets us play with her. Thanks to the courtyard you can illuminate and give different temperatures to other spaces. Things must be used for their natural colors, wood, stone, marble, soil, green is for nature. Thus, natural elements can be present in many ways, even in business buildings. For example, the FORD FOUNDATION building, established in Manhattan, New York and designed by Kevin Rocher. It is a beautiful building with 12 floors, organized around a large glazed atrium that enables all visitors and workers to enjoy an extraordinary interior garden. This is an “L” shaped property that was made in the ‘60s. A good architecture remains as if it were new.

WHICH OF YOUR WORKS BEST DEFINES THIS ARCHETYPE?

Without a doubt, my office. This office was built in 1992 on a land of 10 x 52 meters. As for organization and introspection of space, the courtyard in it is essential, divides and points out the two great functions of architects: attend and create. It is a “C” shaped courtyard, where I found a the way to organize the spaces and designate their function, even removing street noise. It has a first space which is public, the street. There is a second space that is a garden that takes off from the house. A third is an area for the fabulous ciricote tree that serves to protect us from the intense midday light and helps us regulate the temperature as it cools the wall of the main facade and helps us not to pass drastically from extreme heat to the air conditioning of the offices. 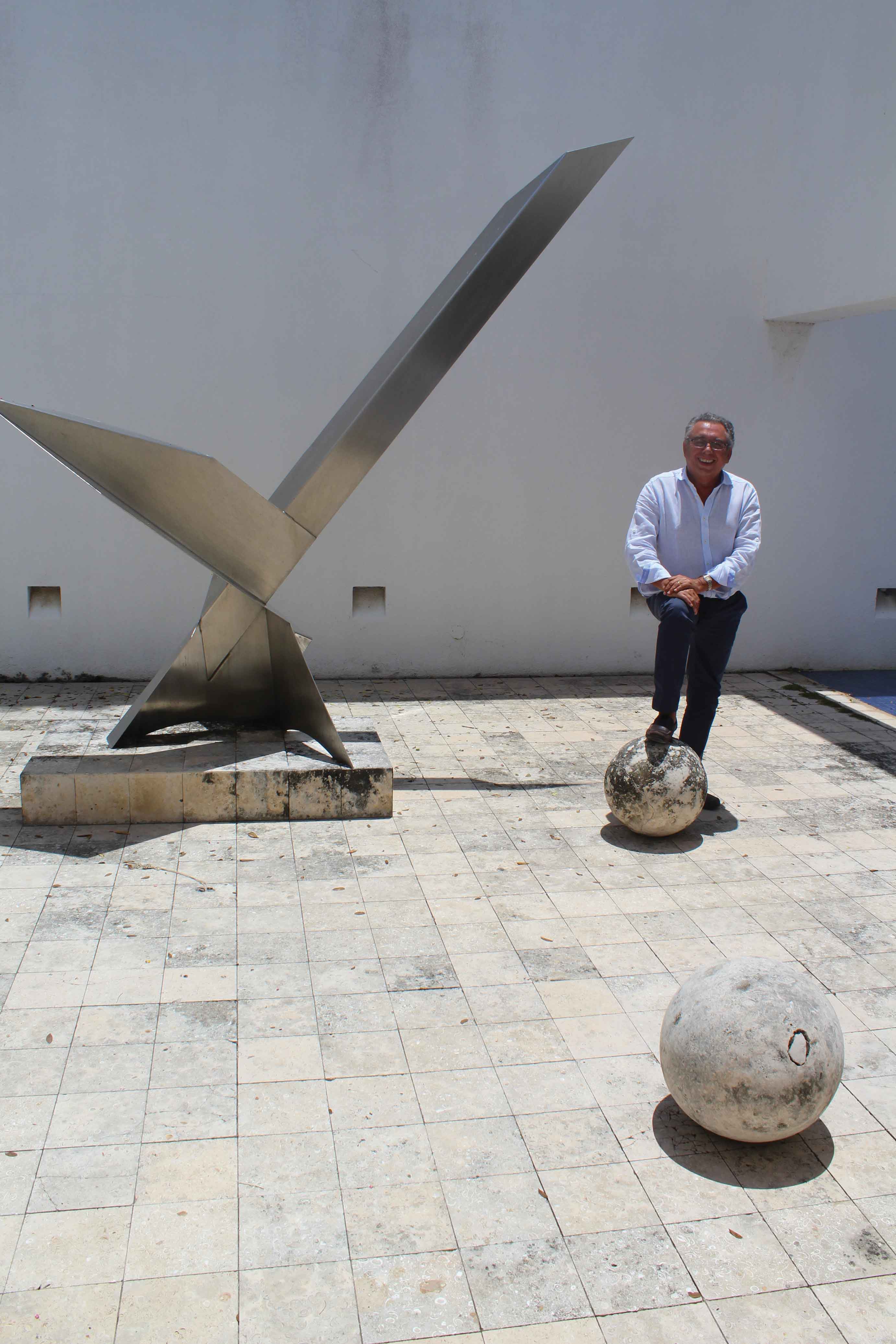 Arch. Augusto Quijano in the courtyard of his office
Photography: Landuum

Once you are inside of the offices, the courtyard plays an important role, the light that enters through it gives differents shades and shadows to the office during the day. All the time changes, according to the day time and season. The wall or beam that contains the patio is not an ornament, it is a screen that bounces the sun to all spaces. We do not have to turn on the light during the day, it is a sustainable and smart building, all it has to do, its take advantage of the sunlight. From the workshop, the courtyard has another height: it can be seen only if you are sitting working, if you are stand you can not see it. The low window allow the southern sun enter to the office, without having the sunlight directly on your face. Finally, it should be explained that this office does not show you at first glance what is beeing done here. Since we dont sell a product, it does not need to be an exhibition. Instead, its the distribution that shows us the function of this building, a workplace of concentration and personal recollection. Thus, the courtyard, in this case, also fulfills the introspection function. 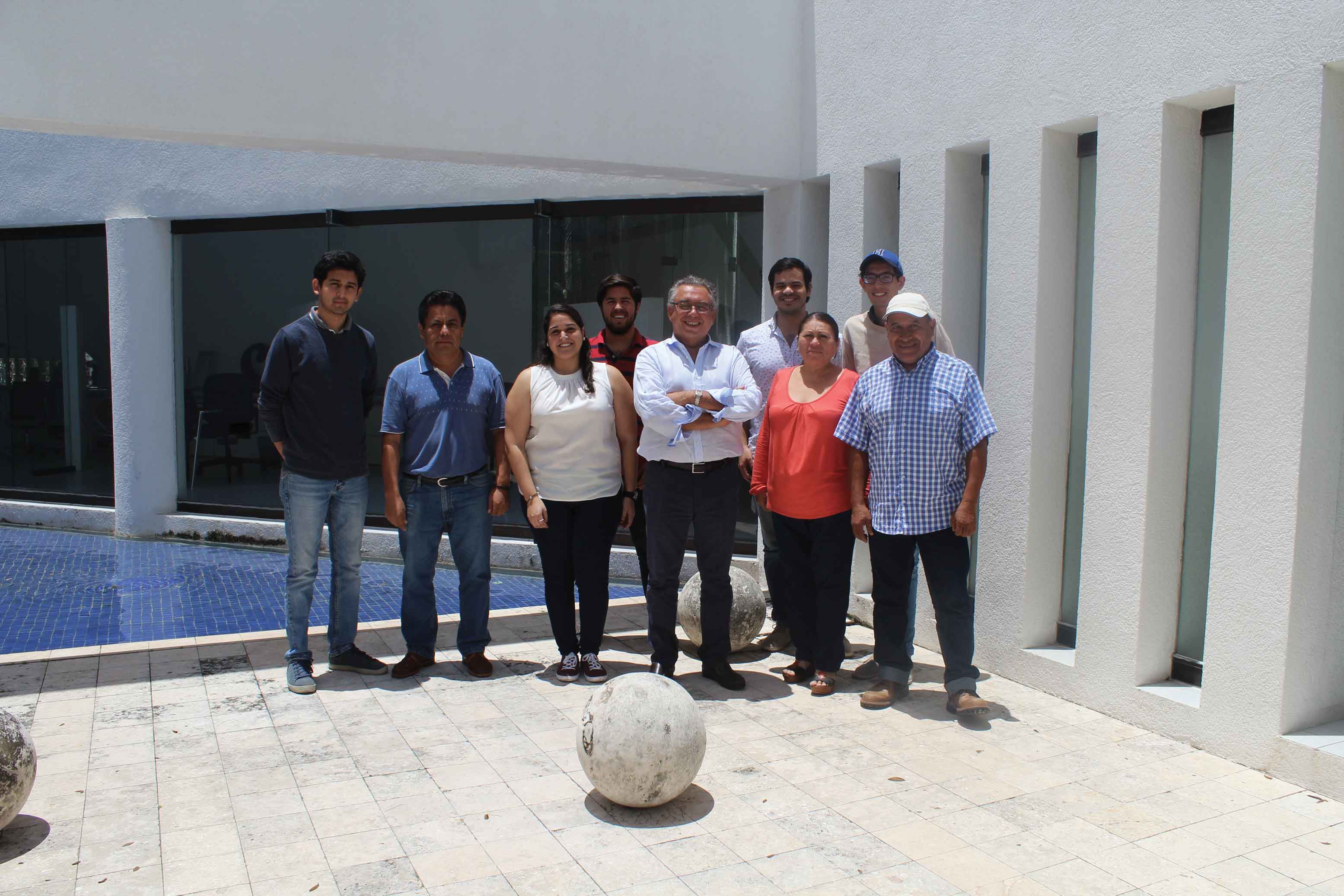